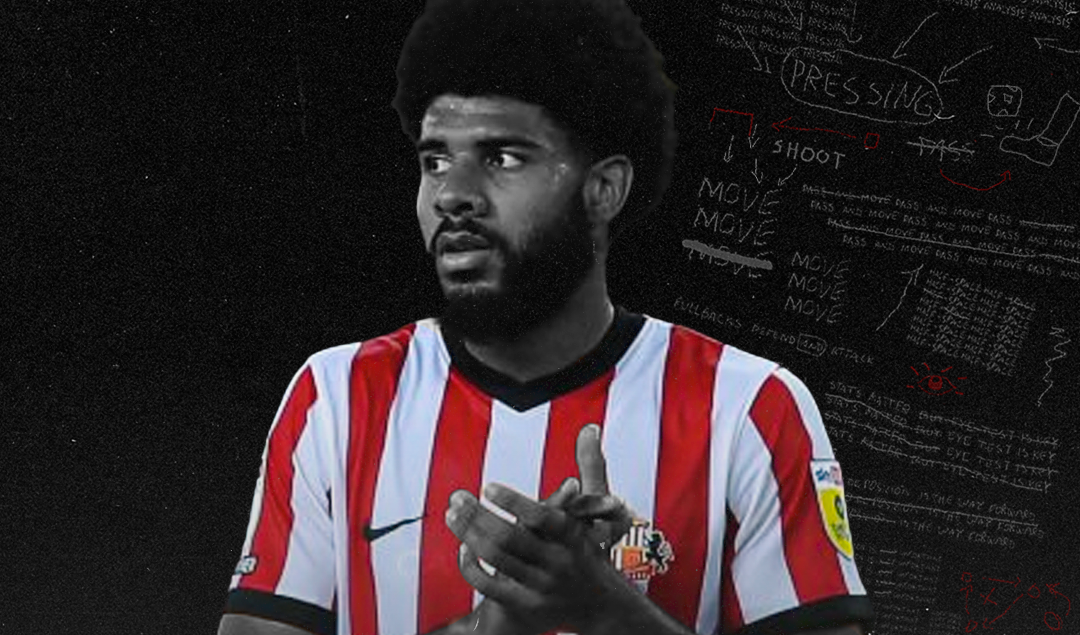 Starring out on loan away from Everton with Hearts and Blackpool, Ellis Simms might’ve expected some first-team opportunities under Frank Lampard this season. Scoring goals galore out on loan at two separate clubs is a healthy return for a player finding his feet in the men’s game, a useful backup option perhaps for the Toffees with injury issues plaguing Lampard’s men up top.

However, after only one solitary appearance for Everton to date, Simms has been shipped out on loan once more – this time, the Oldham-born attacker has signed for Sunderland. Scoring three times already in only a handful of starts so far for The Black Cats, he looks ready-made to be a future Everton hero. After playing in both the Scottish Premiership and League One, joining Championship new-boys Sunderland makes sense in terms of Simms’ progression.

If Simms can score goals by the bucket load in the second tier, he might well be knocking on the door for future first-team opportunities at Goodison Park. Simms has been in and around Goodison Park since the age of 16 – the young striker initially featuring for both Blackburn Rovers and Manchester City at youth level nearer to his hometown of Oldham in Greater Manchester before a move to the Everton Academy materialised in 2017.

Simms would begin to build a reputation for the Toffees as an instinctive and lethal goalscoring threat, a lofty and imposing presence who would find the net with ease at Finch Farm. Often, after being held in such high regard at youth level, it’s hard to then overcome the hurdle of translating this into the men’s game. He might never reach the same heights as his astounding goal return – scoring a staggering 46 times in the 2018-19 season overall for the youthful Toffees is hard to replicate – but he’s shown he’s more than capable in the men’s game as an option up-front at just 21 years of age.

His first loan spell away from Everton would come in the form of Blackpool, The Tangerines at the time battling it out for promotion to the Championship. Drafted in during the January transfer window, Simms’ goal contributions towards the back end of the 2020-21 season helped Blackpool reach the playoffs and eventually win the Playoff final as a result.

Without even breaking a sweat, Simms would show off his goalscoring prowess for the Tangerines almost immediately. Two goals in a 5-0 away win at Wigan at the end of that same January saw Simms net his first two professional goals – both goals routine headers, one from a corner kick and the other bundled in by Simms. Simms would prove crucial when Blackpool needed a spark from nothing, a goal against Wimbledon deflected in off Ellis Simms without the Everton loanee really being aware.

He would also show off his clinical edge on the big occasion with Blackpool, netting twice in a playoff semi-final first leg away at Oxford to convincingly win 3-0. Both showed a player oozing confidence, a goal-laden loan spell giving him the confidence to do some flicks and tricks before hammering home his first of the contest against Oxford whilst his second to kill the contest came from a counter-attack of his own making.

With eight goals from 21 appearances during his short spell on the seaside, he will fondly remembered by those with Blackpool allegiances. Simms would then wait until the following January for another loan opportunity elsewhere, Hearts signing him in the mid-season transfer window during a positive campaign at Tynecastle – Robbie Neilson’s men finishing 3rd behind the expected top two of Rangers and Celtic.

Simms would add another five goals to his career total in a short stay in Edinburgh, the attacker’s pace and height too much for SPL defenders to handle at points. A goal away at St Mirren for the Jam Tarts would have endeared him to the passionate Hearts fanbase – Simms initially denied by the St Mirren keeper in the box before an effort finally crept in after some great resilience from the Hearts forward.

He was a poacher for Neilson’s men, running into the area to tap home after a well-crafted move found him in space. His most memorable moment for his temporary club would however come in the fiercely contested Edinburgh derby, Hearts and Hibernian arch-rivals from the same city who do not see eye to eye. In a Scottish Cup semi-final at Hampden Park, Ellis Simms would become an instant Hearts hero in this very contest.

After a cagey opening fifteen minutes in the semi-final, a strong Hearts tackle would find Simms unmarked with room to run into. Instead of running through to unleash a strike nearer to the goal, the new Hearts number 20 lashed a strike in past Matt Macey to catch him off-guard. That goal would set the tone for the rest of the match, Hearts winning 2-1 on the day to set up a Scottish Cup Final with Rangers which they, unfortunately, lost 2-0. Still, as a result of Ellis Simms’ opener, Hearts had bragging rights over their rivals once more.

Following these two impressive loan switches, coupled with Everton’s recent woes demanding an injection of something fresh and new, it was a surprise to see Frank Lampard loan out a homegrown Academy talent again. This loan switch to Sunderland could well prove to be his most productive, Ellis Simms already forming a formidable partnership up top with Ross Stewart at The Stadium of Light.

Despite not scoring in his last four for The Black Cats – a period of upheaval becoming a bit of a distraction at Sunderland with Alex Neil leaving for Stoke – his first two starts in the new red and white of his third professional club shows off a potential Premier League starting striker.

A matter of minutes into his first start for Sunderland, a goal arrived for Simms – calamitous defending from Bristol City allowed a Sunderland man to slide in for Simms to retrieve the ball and stroke home comfortably from distance. With barely four minutes on the clock in this one, Ellis Simms had introduced himself to the Championship.

His second on the day kickstarted the Sunderland comeback, a ball through to Sunderland’s number 9 allowing Simms to twist and turn his marker before confidently placing the ball between the keeper’s legs and into the net behind him for 2-2. Ross Stewart would go on to score the game-winning third goal at 3-2, a fearful strike partnership blossoming already.

Simms’ other strike for Sunderland came in an action-packed 2-2 draw with QPR recently, Simms’ first-half strike somewhat forgotten about in the grand scheme of things due to Seny Dieng – the QPR goalkeeper no less – netting a last-gasp equaliser in this one.

Away from the bread and butter of scoring goals, Simms has equally impressed with how quickly he’s adjusted to the new team dynamic at Sunderland – in a squad full of exceptional attacking talent such as Alex Pritchard and co, Simms is not looking out of place at all. With Sunderland recently appointing Tony Mowbray as their new manager after Alex Neil’s heavily publicised exit, this appointment could see Simms develop even further.

The former Blackburn boss favours young and exciting talent going forward, Mowbray nurturing the likes of Adam Armstrong and Ben Brereton-Diaz during his lengthy stay at Ewood Park. If Simms can recapture his early season burst of goals, he will prove to be a menace for Championship defenders to contain all season long. On his return to Goodison Park, Simms will have to remain patient however as he attempts to carve out a career for The Toffees.