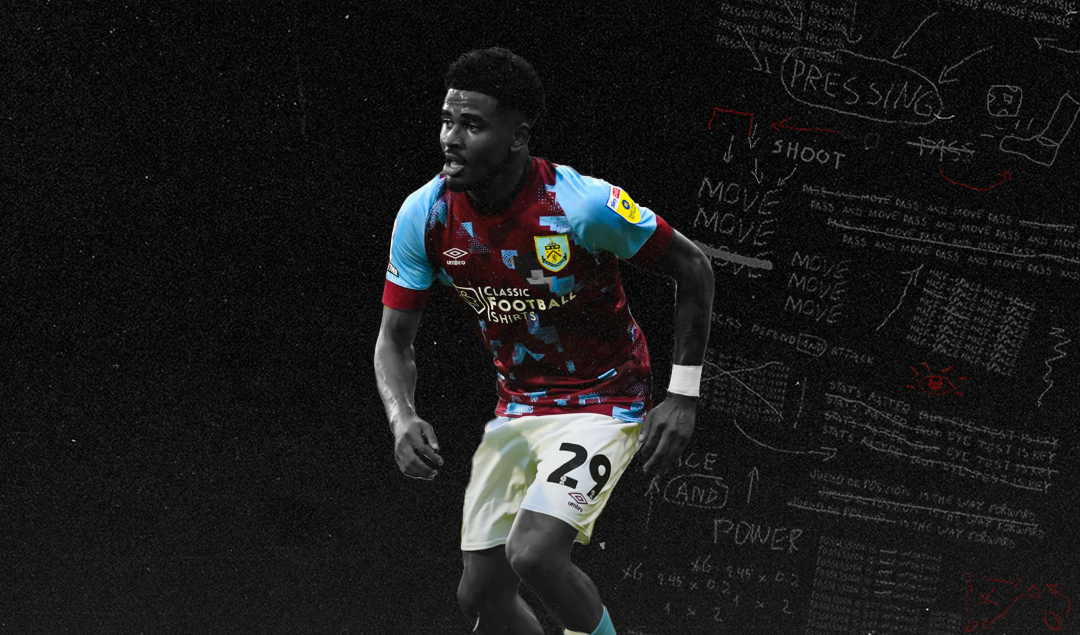 Playing for several youth clubs dotted around the Netherlands during his early career, Ian Maatsen has been an exciting talent from an early age. Featuring for both PSV and Feyenoord still as a child, it would’ve been some leap for the 20-year-old when Chelsea came calling in 2018 – the prestigious London based club opting for a kid from Vlaardingen.

Although he hasn’t featured at all in the first team for Chelsea since his arrival four years ago, multiple loan spells have certainly caught the eye. His time with Coventry last season saw him explode into life in the men’s game, an expansive wing-back always eager to join in with attacks and help his side flood forward.

A goal against Fulham for the Sky Blues showcased his ability in front of goal too, a venomous shot hammered in as Coventry dismantled the eventual champions of the division 4-1 at the CBS Arena. Maatsen even had Premier League suitors off the back of this successful loan switch, the young wing-back in high demand.

Yet, his new destination is Burnley – the recently relegated Clarets now managed by ex-Manchester City icon Vincent Kompany. This move will be seen as a stopgap for Maatsen before the Premier League awaits, the Dutch defender already impressing early days under the new Belgian head coach.

Maatsen first came onto the radar for Chelsea when featuring for the PSV Eindhoven youth side and the Netherlands U16 team, the 20-year-old amassing 38 appearances collectively at the national level up to the U21’s.

He was signed by Chelsea after coaches from the club were taken aback by his versatility as a player, the 20-year-old primarily used at full-back today, but he can also be used centrally and further up the field when required.

The Dutchman would feature too in several defensive positions during his introductory season in the Blues Academy, cementing his spot as an exciting young defender during the 2019-20 season. His first loan away from Stamford Bridge would come in the form of Charlton Athletic, a short commute over to the Valley for the Dutch wonderkid.

With the Addicks, he was often pushed further up the field as a winger option under the main tenure of Lee Bowyer – his loan out to the League One club allowing him to further his skills in attack. This would lead to him becoming popular with the Charlton masses, a disenchanted fanbase at the best of times with Charlton a sleeping giant to an extent in the third tier.

With Maatsen in the team, at least a daring raw prospect could conjure up some entertainment in an otherwise disappointing season – Charlton missing out on the playoffs on goal difference. His first ever professional goal would come in his short one-season stay in South-East London, a quick burst of pace from the Chelsea loanee allowing him time to wriggle free of the Doncaster marker and slot home on the volley.

Charlton would win 1-0 away at Doncaster subsequently, Maatsen’s solitary strike the difference-maker on the day. A positive time out on loan with Charlton attracted clubs from the division above, Coventry City impressed by Maatsen’s injection of pace and creativity whilst featuring for Charlton Athletic.

Maatsen was only getting started with his promising spell with the Addicks however, the Dutch talent excelling expectations for Coventry from the get-go in a far more competitive and difficult division. He would even go on to win Young Player of the Season after a breakout campaign with the Sky Blues, a brilliant spell with Coventry sparking interest from the likes of Vincent Kompany further down the line.

His importance as an attacking outlet intensified for the Sky Blues, Mark Robins deploying Ian Maatsen as a wing-back throughout his time with the club – a perfect position for Maatsen to show off his defensive prowess whilst furthering again his hunger to join in full throttle in attacks.

He would net three goals over the course of 40 games for Coventry, a strike away at Reading in an end to end 3-2 win for The Sky Blues showing off his intelligence going forward – running into space to receive the ball off Viktor Gyokeres before a fortuitous deflected effort looped over the Reading keeper’s head.

His final strike for Coventry away at Bristol City again shows how far up the pitch Maatsen likes to be, running through unchallenged after a ball over the top to fire past Daniel Bentley with confidence in a 2-1 victory at Ashton Gate. His most notable strike was the aforementioned goal away at Fulham, Maatsen at his best in a swashbuckling afternoon at the CBS Arena.

Vincent Kompany signing him for his new-look Burnley team makes a lot of sense, a new revolution at Burnley with exciting and attacking football preferred over the attritional football served up by Sean Dyche which fell flat towards the end of his long stay at Turf Moor.

Alongside signings such as Scott Twine and Taylor Harwood-Bellis coming through the door, the new Vincent Kompany era at Turf Moor could be an exciting one with the entire club from back to front turning over a new leaf. The first signs from this campaign look promising, Burnley beating Huddersfield on the opening night of the season before drawing 1-1 with Luton in their second taster of Championship football.

Ian Maatsen has already stood out, a player used to the high octane demands of the second tier. Burnley’s new number 29 bombed down the channels from minute one away at Huddersfield, finding teammates routinely after surging down the wing but no early goal would come from it.

He would take matters into his own hands thereafter, another surging run saw Huddersfield shirts back off him before a neat exchange of passes allowed Maatsen to curl home the opener past Nicholls in the Terriers net. This was a Burnley side focussed on entertaining fans and retaining possession, a complete departure from the dogged football Sean Dyche preferred in the Burnley hot seat.

Still, Maatsen had to defend at points during the match – one instance saw him bully Sorba Thomas to foil the Terriers’ number 7 in his pursuit of finding an equaliser. His display at home to Luton was equally as exciting, the new Clarets wing-back mustering up four shots during the game to help Burnley play as expansive as possible to win the contest.

Alas, the score line would finish 1-1 but four points from a possible six to start the campaign is promising for a side who still aren’t the finished article under Vincent Kompany by any stretch of the imagination.

After starring on loan with Coventry last season and showing signs of potential with Charlton, this Burnley loan spell could be Maatsen’s opportunity to show Chelsea he’s worthy of an opportunity down at Stamford Bridge in the first team.

If he can help Burnley to seal promotion back to the Premier League at the first time of asking, Maatsen will be fondly remembered by yet another set of supporters and will surely be knocking on the door for some action with Thomas Tuchel’s men in the future.