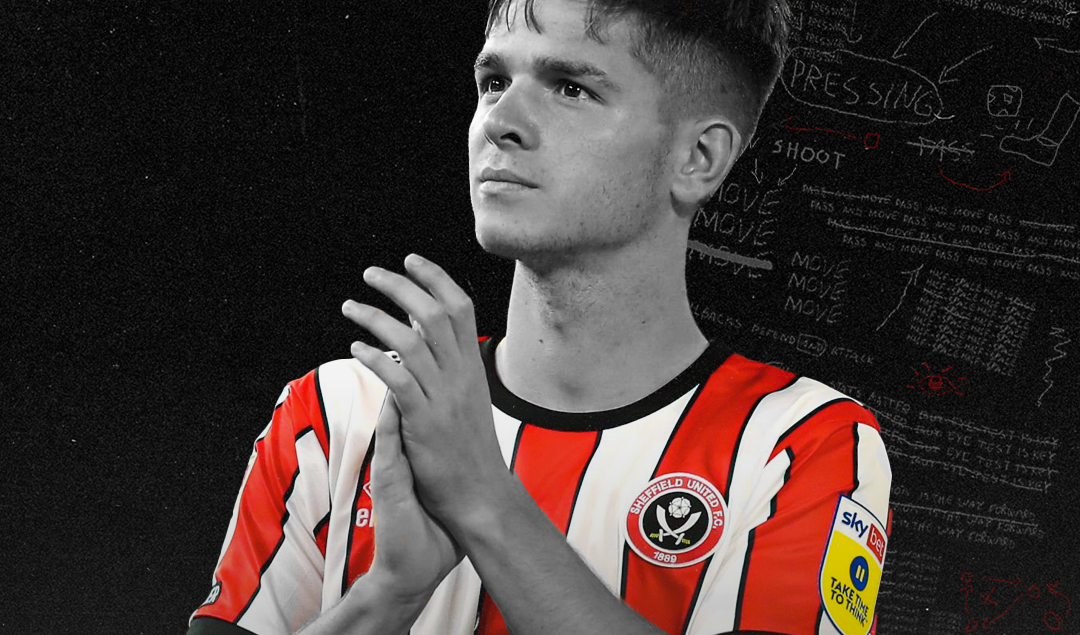 At just 19 years of age, James McAtee is already living out his wildest dreams. Featuring in several Cup competitions for Manchester City and even making his Premier League debut off the bench against Everton recently, he’s one player that Pep Guardiola will hope can develop into a starter for City in the years to come.

Impressing in the youth set-up since signing originally for the Manchester City U-11s – a breakout season in 2020 helping the youth side win the Premier League 2 – he is yet to cut his teeth out on loan away from the comforts of The Etihad.

Now, the Salford-born midfielder will gain worthwhile experience with Sheffield United on loan – Paul Heckingbottom’s Blades inundated with midfield talent for McAtee to learn from and up his game from as he aims for a starting spot. Early days into this loan spell, McAtee is showing flashes of brilliance as Sheffield United sit second in the table after six games, one point behind Reading.

McAtee will be full of confidence even if he is adjusting to a brand-new situation, the 19-year-old one of an array of exciting young talents coming out of Manchester City at this moment in time – the likes of Taylor Harwood-Bellis and Liam Delap also sticking out, both also out on loan in the Championship to Burnley and Stoke respectively.

Joining in 2013 to feature for City’s U11’s, it’s been a remarkable rise with McAtee featuring more recently in Manchester City’s EDS squad in a number of lesser Cup competitions such as the EFL Trophy.

Known as the ‘Elite Development Squad’, it’s a temporary middle-ground for the exciting starlets to show off their skills against lesser senior sides whilst they continue to grow as footballers – James McAtee featuring in this system against teams such as Tranmere Rovers and Scunthorpe United, the youngster even netting a goal in a 3-0 win against the latter opposition.

It’s clear from watching clips of McAtee that he is destined for the big time, an attacking midfielder that makes everything he does on the ball look effortless and second nature. This has led to various individual accolades for McAtee alongside success in a team unit, the City teen winning Premier League 2’s Player of the Season last campaign as Brian Barry-Murphy’s young group retained the title.

Always able to find the ball in the centre of the pitch, McAtee’s skillset as a player allows him to create chances in the blink of an eye – whether it be through running at the opposition with a purposeful surge or unlocking a defence with a clever flick catching others off-guard, McAtee always seems to have the answers going forward.

He’s routinely one step ahead of others on the pitch, twisting and turning before a killer pass is found or a shot is unleashed at goal. He is a goal-scorer too, scoring eight times from only 23 appearances in the 2020-21 season and netting in a memorable 3-2 triumph over Chelsea that same campaign in the FA Youth Cup final.

His range of goals shows off his ability to finish guilt-edge opportunities in the box but further his ability to score an outlandish strike from a free-kick or a long-range effort after a blistering surge up the field – he’s not one-dimensional in that sense, not a player who showboats for the sake of it.

McAtee has been a vital player for some time in the youth set-up, even captaining the next generation of City stars frequently. Therefore, at this point in his career and with so much hype in the air surrounding his potential, it feels an apt time for the 19-year-old to earn his stripes elsewhere in a division that’s notoriously difficult.

He’s gone straight into the deep end with Sheffield United, Paul Heckingbottom’s side a promotion favourite after losing out in the Playoff semi-finals last season to eventual promotion winners Nottingham Forest.

It’s been a quiet start for McAtee since joining this transfer window, the new number 28 for the Blades finding it hard to get into the starting eleven early on with other stars such as Iliman Ndiaye and Sander Berge lapping up the praise centrally.

Still, Paul Heckingbottom has given minutes to McAtee in order to bed him into his new surroundings. His first start for The Blades came in the EFL Cup versus West Brom, James McAtee playing in that number 10 role with Rhian Brewster and fellow loanee Reda Khadra the front two.

It would end in a disappointing 1-0 defeat, Paul Heckingbottom’s men crashing out in the first round of the competition. Yet, at points, McAtee showed glimpses of why Manchester City rate him so highly. One moment in the match at The Hawthorns saw McAtee picked out in space for the Manchester City loanee to roam before finding a killer pass through to Rhian Brewster breathing down on goal.

Unfortunately, after setting up his new Blades teammate with the opportunity, the former Liverpool prospect turned Sheffield United attacker spurned the opportunity with his shot hitting the post. It wasn’t so fluid or effortless anymore for McAtee, another exchange of passes saw the teenager set up a teammate in red and white, but the chance sailed over.

He would even start for Sheffield United in a huge league encounter a couple of days later, Sunderland bringing a huge away following for a Friday night fixture live on the TV at Bramall Lane. The game would start very back and forth before a crucial moment in the game gave Sheffield United the advantage to win the contest, Dan Neil given his marching orders after a red card in the first half.

That red card came from James McAtee staying alert even when Sunderland were innocuously kicking the ball about at the back, a poor ball to Dan Neil saw McAtee close down his man and attempt a run at goal. Acknowledging his error, Neil hauled the youngster down cynically and the red card was brandished soon after.

This would lead to Sheffield United running out 2-1 victors on the night, the three points secured rather comfortably with McAtee’s drive to get the ball back ending up in a Sunderland dismissal. He was dropped for a 3-0 win over Blackburn Rovers the following match, but in the short time since his move to Bramall Lane, he has impressed in flashes here and there.

The Salford native started in midfield alongside Sander Berge and Oliver Norwood as Sheffield United paid a visit to Kenilworth Road and faced off against Luton United, a team that, like the Blades, had lost in the Championship promotion playoffs semifinals, with Luton taking the lead within 10 minutes via Carlton Morris.

He received a booking shortly after and was withdrawn at the interval for fellow City loanee Tommy Doyle, with the Blades equalizing in the 53rd minute from Oli McBurnie and settling for a 1-1 draw, and he’ll be looking to play a key role, either from the bench or the starting line-up, as the second-place Blades travel to Reading, one point above with 12 points from 6 games, in a top-of-the-table fixture.

McAtee might be some way off the standards needed to feature regularly alongside Erling Haaland and Kevin De Bruyne in the City line-up – Pep Guardiola’s men boasting one of the best teams in world football – but you don’t become a world-class talent overnight.

If McAtee continues to learn, develop and grow during his season with Sheffield United, he will come back to Manchester City next season re-energised and more experienced in the men’s game and closer to becoming a starter for the Citizens further down the line.