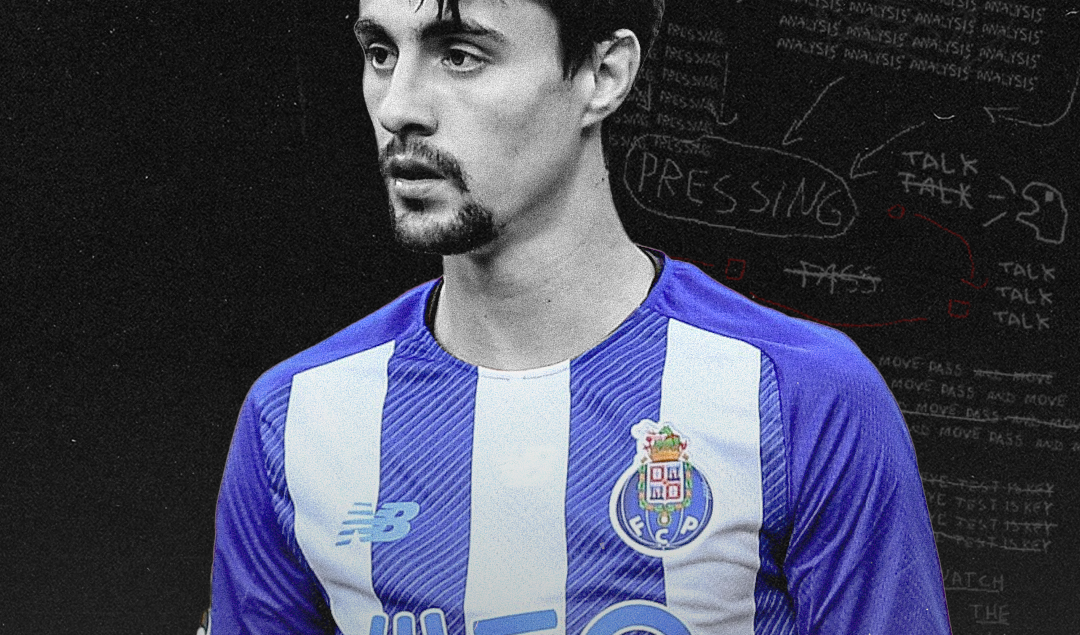 The Primeira Liga has emerged as one of the most popular shopping markets for Premier League clubs in recent years. Whether it’s Bruno Fernandes at Manchester United, Luís Diaz at Liverpool or Rúben Dias at Manchester City, these players have proven that they can quickly transition from Portuguese football to the English game and make an immediate impact at the highest level.

Just days after Benfica sold Uruguayan striker Darwin Núñez to Liverpool for a club-record fee of €75 million plus €25 million in add-ons, it appears that the next major export from Portugal to England is on the horizon: Fábio Vieira is set to join Arsenal on a five-year contract for €35 million, rising to €40 million with potential bonuses.

Born in Santa Maria De Feira, Aveiro District, on May 30, 2000, Fábio joined Porto’s academy at the age of eight in 2008. He rose through the ranks of the Olival production line before spending the 2015-16 season on loan at Padroense’s U-17 side, before being sent to Porto’s Juniors side in 2017.

Things started turning up for the then teenager in 2018, with Fábio playing for Portugal’s U-18 side and U-19 side while also making an impact at the club level. He would play a crucial role in Porto’s run to the 2019 UEFA Youth League Final, starting all but two games and opening the scoring within 17 minutes in the Final as Porto defeated Chelsea 3-1 in Nyon, Switzerland.

The Underlying Stats Behind Arsenal’s Progress Under Mikel Arteta

It was that same season where Fábio made his senior debut, coming off the bench for João Mário in a 1-0 defeat to Arouca on February 24, 2019. The following campaign, Fábio would wear the armband for Porto in the UEFA Youth League whilst also scoring three goals, as the defending champions fell to Red Bull Salzburg on penalties in the play-offs.

His first goal at senior level came on August 25, 2019 in a 3-1 win at Farense — Fábio would continue to play a key role for Porto’s B team with 7 goals and 3 assists in the second division before the stoppage of football due to the COVID-19 pandemic. When he returned for Project Restart, he wasn’t playing for the B team anymore, but the senior team.

Shortly after his 20th birthday, Fábio made his senior team debut in a brief cameo in a 1-0 win over Marítimo. Two weeks later, he’d come off the bench and provide an assist within 10 minutes in a 4-0 win vs. Boavista, before scoring in successive wins against Belenenses-SAD and Tondela as Porto took home the domestic double.

The 2020/21 season would see Fábio become a regular member of the senior team, starting in Porto’s first two Champions League group stage matches, a 3-1 loss to Manchester City and a 2-0 win vs. Olympiakos, the latter of which saw him score at the Estádio de Dragão.

He would make 33 appearances across all competitions, but apart from the aforementioned CL games, only three of those would be starting appearances: a 1-0 win vs. Gil Vicente and a 0-0 draw vs. B-SAD in the league as well as a 1-1 draw vs. Braga in the first leg of the Taça de Portugal semifinals.

After Narrowly Missing Out on Top Four, Where Do Mikel Arteta’s Arsenal Go From Here?

Often coming off the bench in the waning minutes in the match and being moved from the flanks to midfield, he was unable to showcase his full potential, making just one goal contribution in the league and providing an assist vs. B-SAD in the final match of the season. However, it was at the international level where he truly shone.

Having played all five matches and being included in the Team of the Tournament as Portugal lost to Spain in the 2019 U-19 Euros, Fábio would start for Portugal alongside Vitinha, Diogo Costa, Diogo Leite, and Diogo Queirós  — all of whom won the UEFA Youth League in 2019 at Porto — as Rui Jorge’s side finished atop their group of England, Switzerland and Croatia, scoring six goals, conceding zero and winning all three games.

After defeating Italy 5-3 in extra time, Portugal would narrowly defeat Spain 1-0 in the semifinals before losing 1-0 to Germany in the Final. Portugal’s golden generation were unable to add to their silverware haul, but Fábio nevertheless was voted into the Team of the Tournament for the finals in Hungary and Slovenia.

What’s more, he took home the Player of the Tournament award, the latest player to win that accolade after Juan Mata, Fabián Ruiz, Andrea Pirlo, Petr Čech, Rudi Völler, Fabio Cannavaro, Luís Figo and many more. Alongside Vitinha, the two weaved together magic in every touch and took Portugal to the cusp of glory only to be narrowly denied by Germany, managed by current Turkey head coach Stefan Kuntz.

Following a few brief substitute appearances, Fábio’s first start of the season came on September 19, 2021 against Moreirense, with the youngster paying back Sérgio Conceição’s trust by registering a hat-trick of assists in a 5-0 win. The next match, he started and provided an assist in Porto’s 1-5 defeat to Liverpool.

Two factors saw Fábio receive a regular run of minutes in the second half of the 2021/22 season: Fábio renewing his contract in November until 2025, and the sale of Luís Diaz to Liverpool.

While he wasn’t always an undisputed starter, he would excel at a variety of positions, playing as a second striker, a left winger or a central attacking midfielder and registering an astonishing 7 goals and 16 assists in all competitions as well as 6 goals and 14 assists in the league.

At the international level, Fábio would provide 7 goals and 2 assists in 8 games during Portugal’s qualifying phase for the 2023 U-23 Euros, wearing the captain’s armband in his last three matches, and excelling at his strongest position: the attacking midfielder.

The role of the classic 10 has changed lately with modern football, as more and more coaches shift to a transitional and pragmatic approach where the number 10 is often placed on the wing to press high and track back. Creative players such as Kevin De Bruyne, Bernando Silva and Thiago Alcantara are tasked with these roles despite their ability to create a goal-scoring chances.

Fabio Viera is a classic 10 but has often played on the flanks for Porto, often playing alongside the midfield double pivot of Vitinha and Matheus Uribe with Otávio on the other flank. Capable of doing damage from dead-ball situations or winning free-kicks in dangerous areas, his low, ‘bounce passes’ have harkened similarities to Mesut Özil at times.

He is a player who can also threaten the goalkeeper from long distance, who excels at receiving the ball from deep and threading it forward with line-breaking through balls, a player who makes his teammates better.

The 22-year-old is skilled at linking up with fellow forwards and midfielders with quick lay-off passes and one-twos, a player who knows how to keep possession moving but who is also capable of pulling the trigger and breaking down deep blocks with one incisive pass. 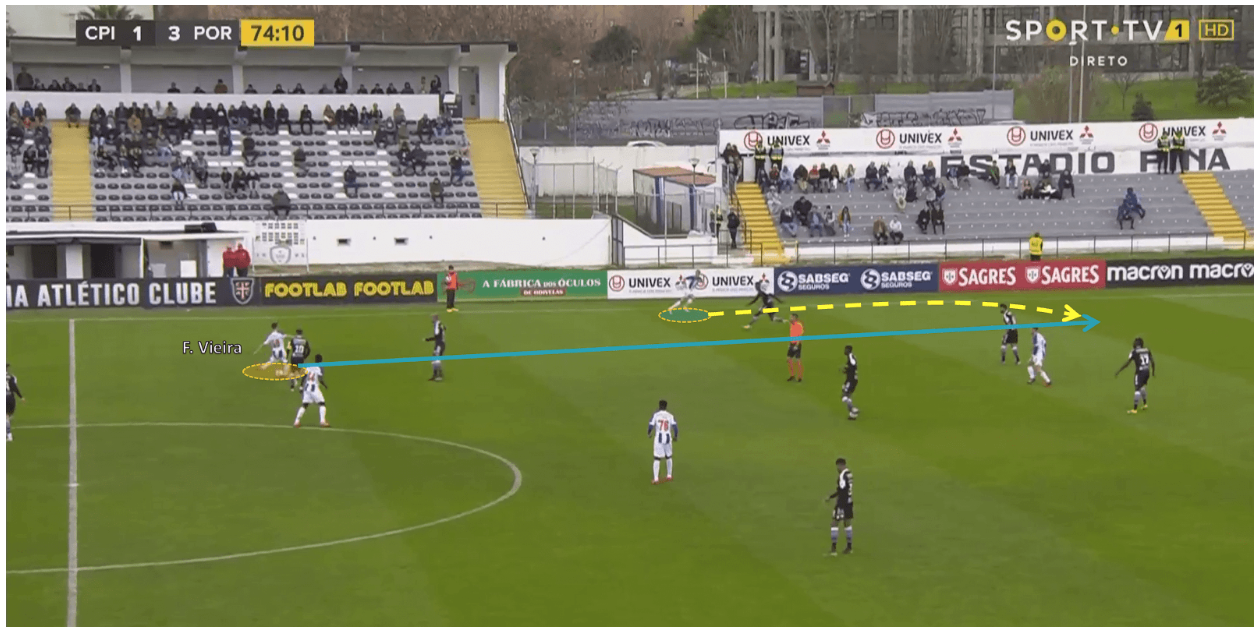 He is a superb passer of the ball, and whether it is long or short passes, he’ll find his man. Blending speed, close control and excellent technical ability, he’s a tough player to stop in full flight.

Aside from his passing abilities and vision of the game, he has a great dribbling ability and is capable of holding onto the ball amid pressure, creating key passes, firing dangerous set-pieces or finding inch-perfect through balls and creating a goal out of nothing. With that said, he hasn’t shied away from the defensive side of the game and has certainly improved in that aspect this season. 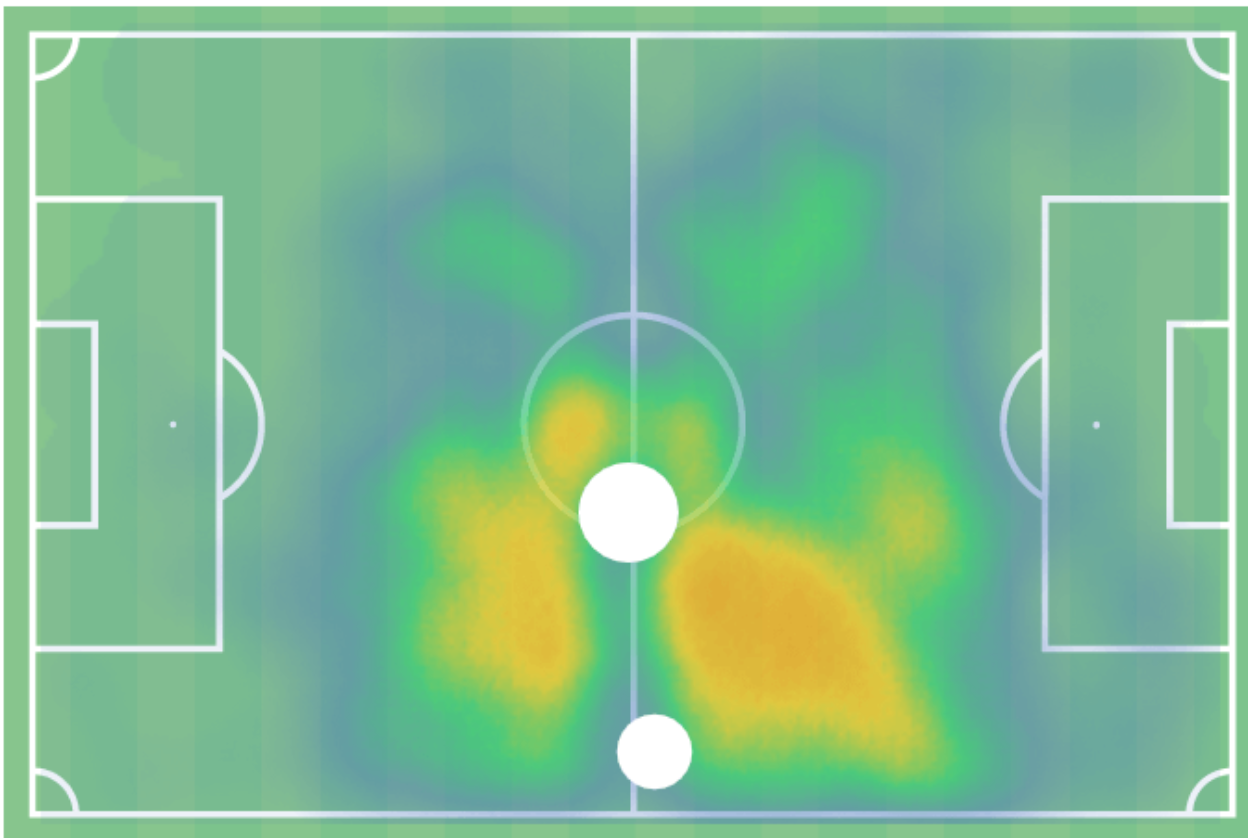 Whether playing as an attacking midfielder, a second striker or a wide playmaker, Vieira has been able to dictate the tempo and style of play by using his nimble movement and vision to orchestrate the team’s attacks, and he is a great distributor of the ball with a propensity to create a goal scoring chance with an incisive pass, often dropping deep to receive before pushing the ball forward. 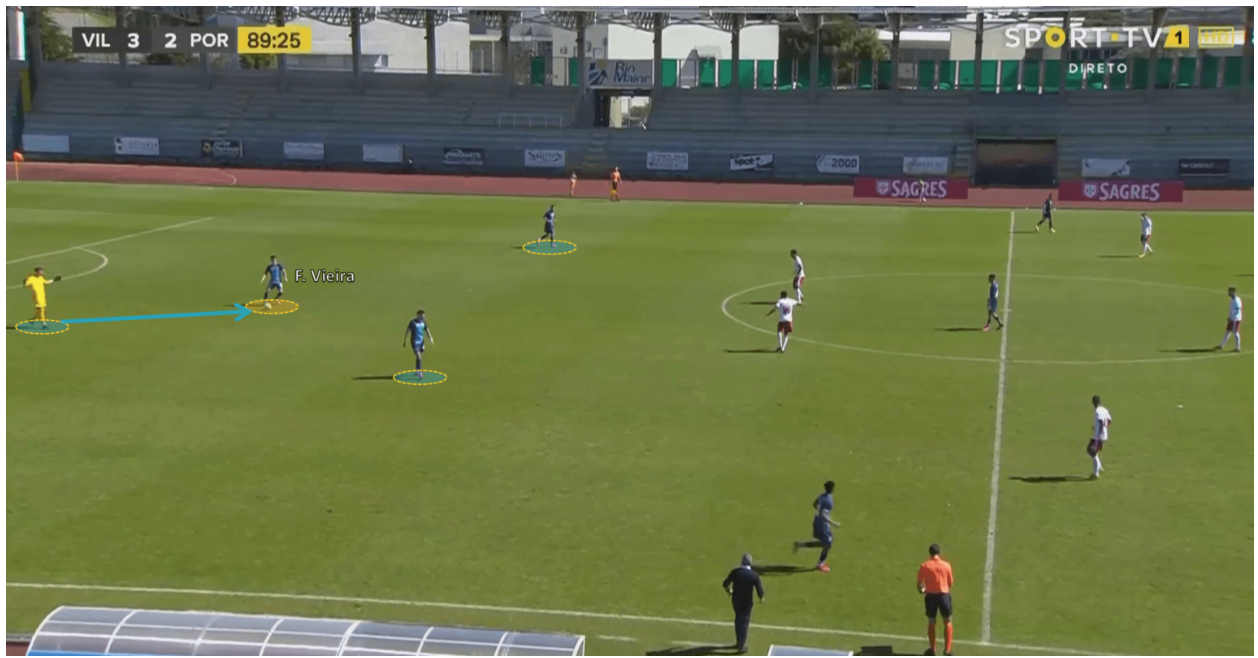 Over the years, Portugal has been blessed with a rare crop of players who can carry the ball forward amid pressure and create goalscoring chances by threading the needle with inch-perfect through balls. After Deco, Rui Costa, Luís Figo, Bernardo Silva, João Félix and many more, it appears that Fábio Vieira could the latest reincarnation of this unique talent.