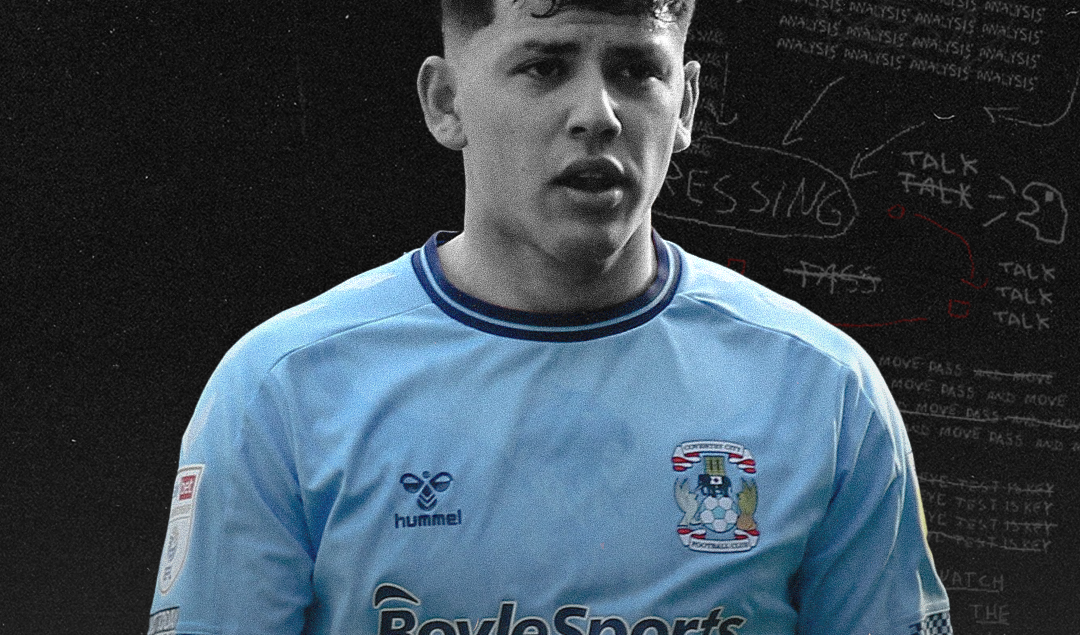 It’s only a matter of time until Gustavo Hamer finds himself back in top-flight competition: via promotion with Mark Robins’ ever-improving Coventry City or a transfer to another club.

Although the 24-year-old recently signed a contract extension with the Sky Blues until July 2024, he is the subject of interest from Celtic and Rangers, with other teams set to join the race for the midfielder’s signature if he becomes available this summer.

Born in Brazil but adopted and raised in the Netherlands, Hamer has impressed since switching from PEC Zwolle to Coventry in a £1.35 million transfer ahead of the 2020-21 season.

His work rate, flair, and passing range made him an immediate fan-favourite at CBS Arena, building on an already-impressive resume from his time in the Eredivisie.

Hamer started his professional career at Feyenoord, progressing through the club’s youth system before making two appearances for the first team in 2016-17.

He was sent on loan to the Eerste Divisie’s FC Dordrecht the following season, where he made 34 appearances on route to qualifying for the playoffs. His form in the second division earned him a transfer to PEC ahead of 2018-19, signing a three-year deal to join John van’t Schip’s squad.

PEC secured a respectable 13th place finish despite replacing Van’t Schip with Jaap Stam midway through the season, with Hamer playing a defensive role in his first year with the club. He was unshackled in year two, contributing four goals and six assists in 25 league appearances – all of them starts.

His form earned him a timely switch to Coventry, who clinched their return to the Championship following the EFL’s coronavirus-shortened season.

“We’re delighted to announce the signing of Gustavo,” Robins said following the former Dutch youth international’s arrival, “who is a quality addition to our squad ahead of our return to the Championship and is a player our recruitment team has been monitoring closely for some time.

“He’s a creative, two-footed midfielder with great technical ability but is also a tenacious and determined player as well in the centre of the midfield.

Through his first two seasons in England, Hamer’s performances have matched the description provided by Robins. He has played an integral role in Coventry’s ongoing climb up the football pyramid, helping the Sky Blues finish 16th and 12th upon their return to the second tier.

Hamer pulls the strings from central midfield as part of a double pivot. Although the Sky Blues routinely flip between the 3-4-1-2 and 3-4-2-1, the diminutive playmaker’s job doesn’t change.

While the Itajaí native is a capable ball-winner, his core strength is distribution. He demonstrated his passing ability in Coventry’s 2-1 loss to Huddersfield Town last month, switching the play effectively within three minutes of kick-off.

In the example above, Hamer received the ball from Jake Bidwell on the half-turn before taking two touches and lofting a cross-field pass to Todd Kane. Although the play in question isn’t ground-breaking, it highlights his ability to plot his next pass before receiving the ball.

The right-footed midfielder frequently switches play from left to right for Coventry, executing Robins’ system – which is premised on moving the ball laterally to unsettle opposition defences – expertly.

According to Wyscout, Hamer completed 79.4 percent of the 47.59 passes he attempted per 90 in the Championship this season. He contributed 10 assists, outperforming his xA of 7.04, in addition to registering two secondary helpers.

Although he isn’t a prolific assister, Hamer’s range of passing catches the eye and is integral to Coventry’s approach. His task is to advance possession into the final third, bringing Callum O’Hare – the team’s other creative force – into play.

He excels in this department: completing 10.35 passes into the final third and a further 2.89 into the penalty area per 90.

As a point of comparison, Liverpool’s Thiago Alcantara – widely regarded as an exceptional playmaker – averages 10.59 passes into the final third and 1.57 into the penalty area per 90. While it is very important to note the quality gap between the Championship and Premier League (and the players in question), Hamer’s ability to break the lines is impressive.

Hamer’s technical ability also makes him a threat from dead-ball scenarios: five of his assists this season came from set-play deliveries. He is Coventry’s designated corner-kick taker, whipping crosses into the box from both sides – as demonstrated below.

While lacking top-end footspeed, Hamer is quick off the mark and agile – which bolsters his impact as a ball-carrier and -retriever. He isn’t a high-volume dribbler – in part because O’Hare does much of the heavy lifting for Coventry in that area – but is proficient at advancing play up the field under his own steam.

Since arriving in England’s second tier, he has completed 1.18 progressive runs and 1.39 successful dribbles per 90. In other words, he isn’t a take-on specialist and reverts to passing – rather than ball-carrying – when pressured.

Hamer has also developed the defensive side of his profile, averaging 8.3 defensive duels won, 4.78 interceptions, and 8.63 ball recoveries per 90 since signing with the Sky Blues. His positional awareness has helped him become an effective ball-winner, with his low centre of gravity allowing him to respond quickly to danger.

However, he is prone to overstepping the mark defensively. He amassed 14 bookings in the Championship last season, forcing his manager to take precautionary measures ahead of the Sky Blues’ final match of the campaign.

“That’s spot on,” Robins said when asked if Hamer was dropped from the squad to avoid risking a suspension to start 2022-22, “you don’t want him suspended for any games next season.

“But it’s not an ideal scenario to have to face, because you have got somebody who is one booking away from a three-game suspension and a lot of those are avoidable. He’s learned a lesson and hopefully he’ll be a little bit wiser next season.”

Since arriving in the West Midlands, Hamer has committed 2.02 fouls per 90 – averaging a yellow card every third match. While his tenacity and work rate have played an important role in his development, staying out of the book is a skill he must learn to increase his value as a defensive asset.

Considering his age and technical skillset, Hamer projects as a midfielder capable of soaking up big five league minutes. While the 24-year-old’s passing ability is his biggest asset (it will be the trait that propels him to further success in the future), his positional play and work rate are underrated qualities that will underpin his ability to adapt to performing at a higher level.

As a result, Hamer – whose best years are yet to come – is a talent to watch this summer and beyond. He is an exciting playmaker, one with the ability to make an impact at a higher level. Keep an eye on his progress.