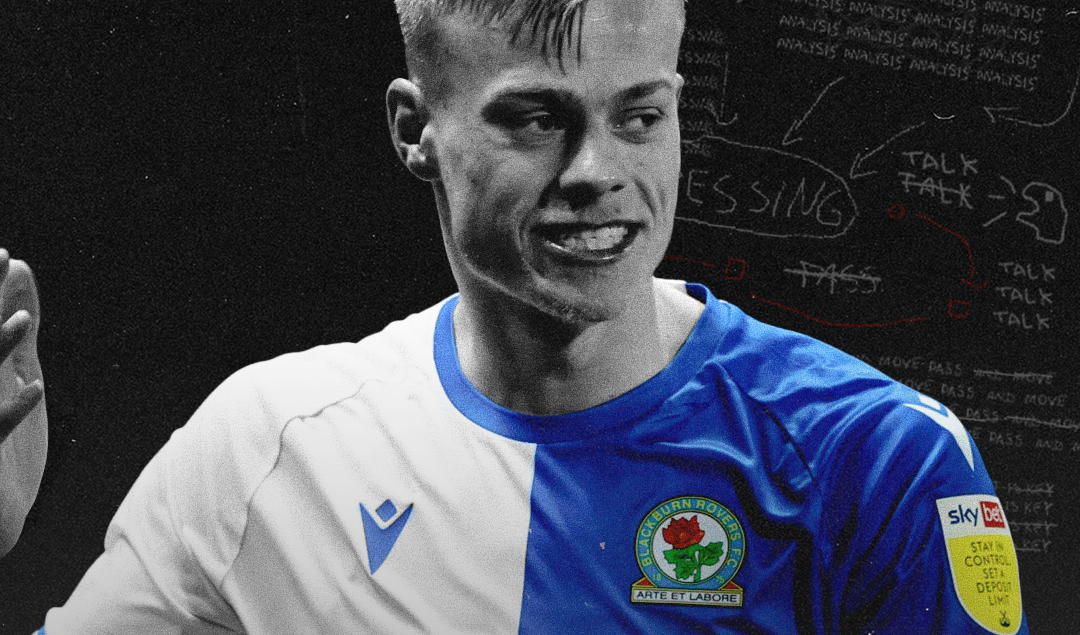 Jan Paul Van Hecke has been instrumental in Blackburn’s recent ascent to the automatic promotion spots, going under the radar in comparison to Ben Brereton-Diaz’s international recognition and Darragh Lenihan gaining more notoriety at the back.

His red card against Fulham in a 7-0 drubbing could have seen his Rovers loan derail, a reckless challenge deserving of a red with Blackburn taken to the slaughter thereafter. Since this infamous drubbing, Van Hecke has proven to be a colossus at the back for Tony Mowbray’s promotion hopefuls.

Passionate and committed, Van Hecke is enjoying his short stint to date in Lancashire with the Rovers faithful lapping up his determined displays. A bullet header against promotion rivals Bournemouth in December showed this commitment, towering above The Cherries to nod home a Joe Rothwell corner.

Going over to the hardened away support, a knee-slide saw the Dutchman take in the Rovers ecstasy and celebrate with the Blackburn fans. Beginning his footballing journey in the Dutch second division, he’s becoming a cult icon for a side boasting a Premier League title in their trophy cabinet.

His season to date with Blackburn is a far-cry away from the humble introduction Van Hecke had to football, playing for NAC Breda after coming through the youth system at amateur Dutch side VV Goes.

Originating from Arnemuiden, a small Dutch city known more for its maritime past than its footballing present, Van Hecke’s lofty ambitions of becoming a professional footballer might’ve felt like a pipedream to the young Dutchman.

Yet, a mere year after breaking through at NAC Breda, the Premier League would come calling in the form of a move to Brighton and Hove Albion.

His performances for NAC Breda in the 2019-20 season warranted a transfer to the Premier League, three goals in 11 appearances in League action sticking out. His defensive work for Breda didn’t go unnoticed either, eager to get stuck in but also showing the well-rounded nature of his game with calm passes out from the back.

The determination oozing out from the young centre-back endeared him to the Breda faithful, a header off the line in one particular Eerste Divisie clash showcasing Van Hecke’s relentless fight on a football pitch.

Murmurs of a move away came off the back of Van Hecke’s committed displays for Breda, the likes of AS Monaco rumoured to be after the young centre-back. Instead, the Dutchman would move across the English Channel and to the Sussex Coast with Brighton.

Joining Graham Potter at the Amex was a no-brainer, a dream move to the Premier League awaited for the then 20-year-old.

With family connections to English football spanning back to the late 2000’s – his uncle Jan Poortvliet managing Southampton in the 2008-09 season – the inexperienced but hungry Van Hecke would have been eager to hit the ground running with Graham Potter’s men.

However, he’s yet to make an appearance under Graham Potter for The Seagulls. Instead, two loan deals away from the Amex have been a chance to grow and hone his skills for the Dutchman who was propelled into the limelight right after fleeting moments of promise with NAC Breda.

His first loan spell saw him return to his native Netherlands, signing for SC Heerenveen in the Eredivisie. This would already be a step-up in quality for the former Breda man, a chance to impress against teams such as Ajax and Feyenoord in the elite division of Dutch football.

He would impress for his new employers, playing with a fearlessness when striding past opponents. Countless times in his new colours, Van Hecke would retrieve the ball before advancing up the field and playing a teammate into space – the ex VV Goes youth player strolling up the field at the Johan Cruyff Arena, fearless even when facing Ajax on their own patch.

These attributes are why Van Hecke was cited as a big prospect for the future, confident enough to make things happen on his own with strides up the pitch but also prepared to launch into a tackle, block a shot or get himself dirty for the team’s overall cause.

Whether the approach play is aesthetically pleasing or the polar opposite in scrapping for whatever you can get from the contest, the ex-Breda man is accustomed to both sides of the beautiful game.

He was a clear favourite amongst the Heerenveen fanbase, a stand-out player amongst an unspectacular season at the Abe Lenstra Stadium – a 12th placed finish in the Eredivisie helped by a run to the semi-finals in the KNVB Cup.

He would then be unleashed into the English game properly, putting pen to paper on a move to Blackburn at the start of the 2021-22 season on loan.

His start to life under Tony Mowbray was unremarkable, showing signs of promise in a handful of solid displays. But, a red card to start November for the Dutchman nearly thwarted his Rovers career from progressing any further.

A dangerous tackle on Harry Wilson saw an early dismissal against Fulham, the hot-headed nature of Blackburn’s number 25 boiling over into a cynical tackle. This saw Rovers eventually collapse, Fulham running riot at Ewood Park in a 7-0 embarrassment.

Fingers were pointed out at Tony Mowbray, another season of dismay in Lancashire expected. Yet, ever since this red card and subsequent drubbing, both Van Hecke and his adopted club have gone on an upward trajectory.

Blackburn have become a better defensive unit ever since the infamous Fulham defeat, Van Hecke not shying away since his red card and turning into a colossus at the back for Mowbray’s men.

Missing a number of games owing to suspension, the Dutchman was restored to the line-up with a point to prove.

In his first three appearances back after his horror tackle, Tony Mowbray’s Rovers managed three clean sheets in a row – the Stoke away win seeing Van Hecke at the heart of a back three, alongside Darragh Lenihan and Scott Wharton making up the other two centre-back spots.

This mini-run of wins and clean sheets culminated in Blackburn’s impressive win at Bournemouth, Van Hecke netting his first-ever goal in English football by powering a header past Cherries keeper Mark Travers.

Van Hecke has taken to his time with Blackburn like a duck to water ever since the Fulham dismissal, exorcising those demons immediately and helping his side to an automatic promotion spot at the time of writing.

The free-scoring Rovers that dispatched of Birmingham and Peterborough United in confident 4-0 wins might have dried up in recent weeks, but in their recent away trip to Luton, Van Hecke deservedly won Man of the Match in a gutsy display from the Dutchman to secure a hard-earned point.

These are the sort of individual displays that will prove vital in the few months ahead, a player Mowbray will rely upon when the going gets tough. If he was to seal promotion with Blackburn Rovers, he will be fondly remembered as a talented but equally determined defender who gave his all.

Past this season, he could well follow in the footsteps of Davy Propper and Joel Veltman as another product of the Netherlands starting for Graham Potter’s men down on the Brighton coast.