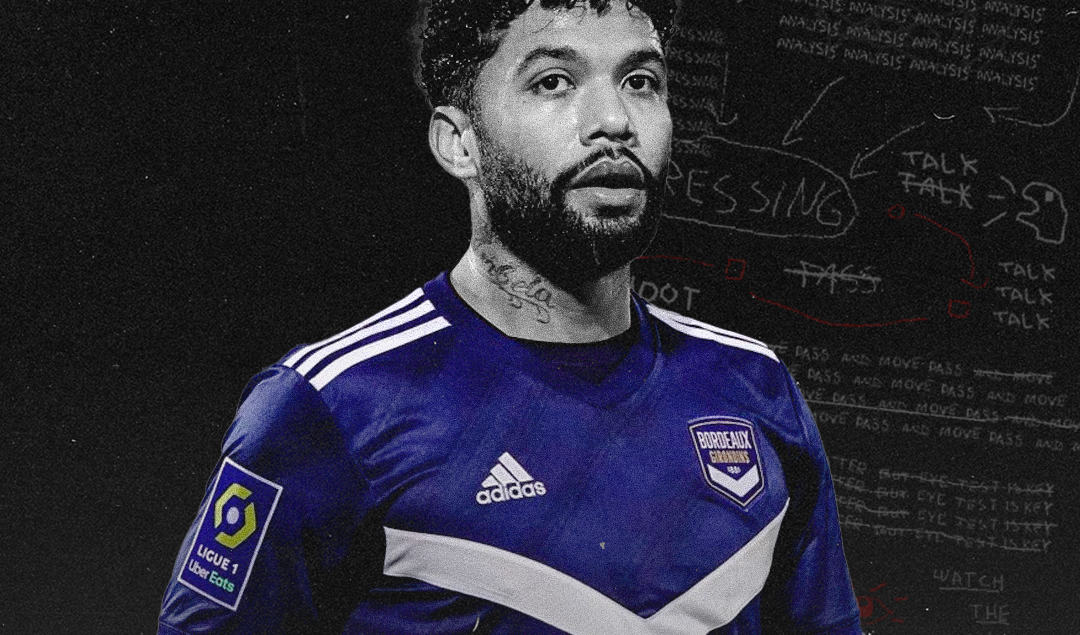 “You watch the game, you don’t see [Sergio] Busquets. You watch Busquets, you see the whole game.” Those were the words of former Spain manager Vicente Del Bosque on his midfield metronome, but they could have just as easily been applied for Otávio Henrique Passos Santos, or Otávio.

As former Bordeaux manager Jean Louis Gasset said prior to their match against Reims on December 23, 2020, “We don’t have anyone who has the same profile as Otávio in the team. There is not a player who can play like him.” With Otávio unavailable due to suspension, Gasset turned to Yacine Adli in midfield, but it was to no avail; Bordeaux were thoroughly outplayed and outfought in a 1-3 home defeat.

Born in Maceió, Alagoas, Otávio joined Athletico Paranaense’s academy at 14 years of age in 2008, rising up the youth ranks before making his Série A debut on April 20, 2014. He would cement a starting spot the following season, becoming a vital performer in midfield and earning the interest of Bordeaux, who signed him for a fee of €5.2 million on August 8, 2017.

The Brazilian quickly nailed down a starting spot in the holding midfield position alongside Lukas Lerager and Younousse Sankharé, impressing in the center of the pitch as Les Girondins took 15 points from their first seven matches to start the 2017/18 season.

However, their form quickly took a U-Turn as Jocelyn Gourvennec’s side fell to 15th in the table. Bordeaux’s malaise was further exacerbated on January 16, 2018, when, after a 0-2 defeat to lowly Caen, Otávio and his compatriots Jonathan Cafú and Malcom filmed themselves smiling and laughing and uploaded the video to social media.

Captain Jérémy Toulalan asked the club to rescind his contract as he was unable to stand his Brazilian teammates’ immature behavior, and Gourvennec was forced to step down before being replaced by Gus Poyet until the end of the season.

Cafú joined Red Star Belgrade on a season-long loan whilst Malcom headed to Barcelona for a club-record sale of £36.5 million, but Otávio remained in France.

Former Bordeaux manager Ricardo Gomes returned to his post following the sacking of Poyet, but he too was given his marching orders on February 26, 2019 before being replaced by Paulo Sousa.

Under the Portuguese manager, Otávio developed into one of the most dominant midfielders in France both on and off the ball.

“I evolved a lot with Paulo Sousa,” he said in an interview with Terra de Zizou. “He spoke to me about all the details in my game every day, and this made me exit my comfort zone and try to improve every day. This was fundamental in my growth.”

Otávio marries a composed and precise approach in possession with an aggressive style in snuffing out opposition passes and making vital interceptions to stop the opponent’s counter-attack.

He is the glue in midfield, a restless workhorse with the ability to weave out of pressure and execute top-tier man-marking jobs on players such as Neymar, a smooth operator whose quality and importance is only truly appreciated during the matches where he isn’t available.

His 3.37 tackles per 90 puts him in the 92nd percentile amongst midfielders in Europe’s top five leagues across the past 365 days, whilst his 22.99 pressures per 90 and his 89% passing completion situates him in the 89th and 88th percentiles, respectively.

Girondins de Bordeaux suffered a tumultuous 2020/21 season, a roller-coaster ride that ended with the club finishing five points above the relegation zone.

He was replaced by Gasset, who came out of retirement and returned to the club where he previously had served as an assistant under Laurent Blanc from 2007 to 2010.

Hatem Ben Arfa’s arrival on a free transfer provided a creative oasis going forward, but overall, they paid the price for not having a reliable, goalscoring center-forward of the ilk of other mid-table sides such as Boulaye Dia, Habib Diallo, or Andy Delort.

One player who was a bright spot at Nouvelle-Aquitaine was Otávio, with the Brazilian playing a vital role in midfield under Gasset. However, he ruptured his Achilles tendon in January during a training session and missed the rest of the campaign as Bordeaux, despite losing 12 league matches in the final five months of the season, narrowly stayed up.

Gasset departed at the end of the season and was replaced by Vladimir Petković, who had capped off a successful 7-year spell in charge of the Switzerland national team by leading the Swiss within inches of the Euros semifinals.

Despite coming off the bench in their opening match against Clermont Foot, Otávio started the next match, a 2-2 draw against Marseille.

The 27-year-old started in each of Bordeaux’s next nine matches before missing a 3-2 victory against Reims due to an accumulation of yellow cards. He returned to the starting line-up in the following match, a 3-2 defeat to Paris Saint-Germain, before starting in the following two matches, a 3-3 draw to Metz and a 2-1 defeat to Brest.

He was an unused substitute in the following two matches against Strasbourg and Lyon, and after a brief cameo in a 2-1 win against Troyes, Otávio played the full 90 minutes in a 10-0 win against AS Jumeaux de M’zouazia in the Coupe de France.

Otávio came off the bench within 39 minutes against Lille on December 22, replacing an injured Junior Onana, but he was unable to prevent Les Dogues from coming back and winning.

That may very well end up being the final one of Otávio’s 127 appearances for Bordeaux. With the midfielder refusing to extend his contract past his expiry of 2022, Petković took matters upon himself to freeze him out of his matchday squads.

Bordeaux signed Joshua Guilavogui and Danylo Ignatenko on loan from Wolfsburg and Shakhtar, and with Tom Lacoux, Onana, Issouf Sissokho and Fransérgio all competing for a starting spot in midfield, it seems unlikely that Petković will change his tune.

Instead, Otávio looks set for a return to Brazil. He has signed a pre-contract with Atlético Mineiro, who won their first league title in 50 years this past season, and he joined the Galo on loan for the final six months of his contract at Bordeaux, with the Brazilian side helping Bordeaux save more than €150,000 on his gross monthly salary.

Girondins thought Otávio (27) was ready to extend his contract without knowing he had already signed a pre-contract with Atlético Mineiro of the Brazilian first division and as we discussed with Sports Betting Dime, with the addition of the Midfielder the odds for the 2022 season might have a positive impact.

Whilst he was subject of interest to Saudi sides Al-Taawoun and Al-Ahli, as well as Russian side CSKA Moscow, Otávio has chosen to head to Minas Gerais and join a squad that boasts the likes of Hulk, Diego Godín and Eduardo Vargas.

Otávio faces tough competition from Jair and Allan to crack into new manager Antonio Mohamed’s starting midfield, but he nevertheless represents a shrewd signing for a team looking to build on last season’s domestic treble and improve on last season’s semifinals finish in the Copa Libertadores.