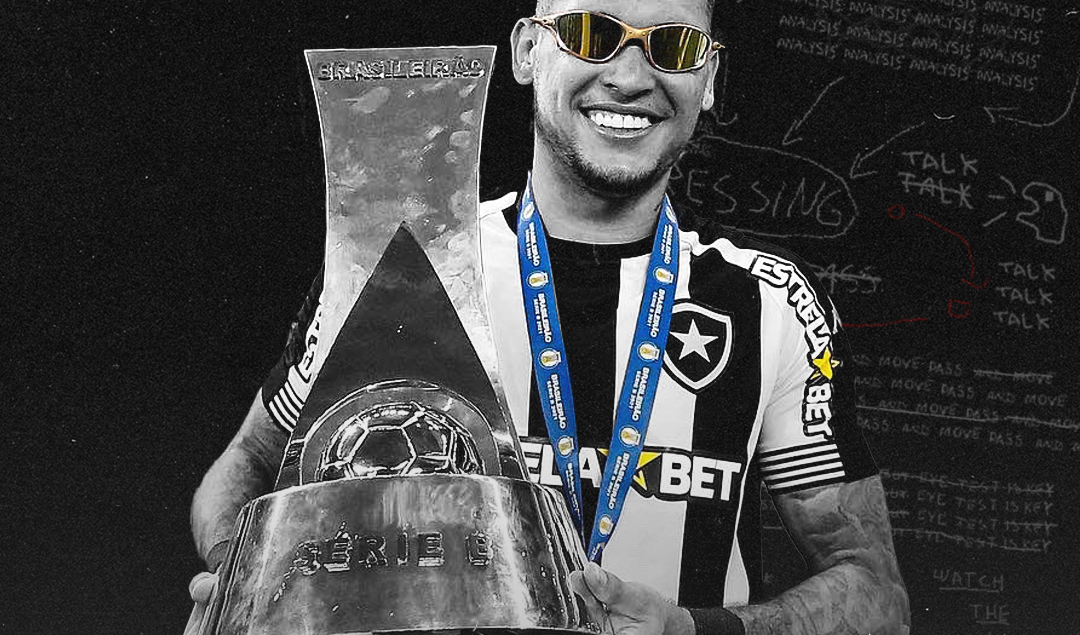 Nilton Santos, Garincha, Jairzinho, Alemao, Didi and more. What do you think of when those names come up? Obviously Brazil, but which club did they play for? During various times throughout history, they have shone for arguably the best or at least the most decorated National Team in football history. But who did they shine for when they were back in “The Country of Coffee”? Only one name springs to mind – Botafogo!

Unfortunately, this once-proud club has suffered a dark time in its history. Largely due to financial debt, the two-time Serie A winner suffered their second relegation last year in what is a lustrous 117 years of existence.

Still, the side has bought themselves a ticket to saving grace, one which has not been given to the likes of other members of the G-12 [the 12 most popular and decorated football clubs in Brazil] such as Cruzeiro and Vasco da Gama, but it’s all down to themselves to avoid a repeat of 2020. But why? And how did a football club like this reach the second division and what saving grace am I talking about? Let’s find out.

To set the stage, you need to realise that Brazilian clubs aren’t the richest. Oftentimes teams have tons of sponsors on their shirts, which is where most of the clubs’ wealth is generated from. Most teams tend to have a very limited budget to work with and I don’t mean just for transfers.

It’s also another reason why teams often chop and change players on a regular basis as they come in on different wages and image rights which benefit the clubs more than some of their bigger profile players who may not be performing as expected.

Now that this is out of the way, we can rewind back to a couple of years ago. Despite signing one of the biggest and best sponsorship deals in Brazilian football in 2007, Botafogo’s last decade has been nothing short of tragic.

Various financial crises and huge amounts of debt saw the team be relegated for the first time in their history in 2015. They quickly came back the following year, but unfortunately didn’t learn their lesson.

They managed to stay afloat, often signing good players on big wages who, if they had to later release, would require a severe severance package. Still, the club was a regular in the Copa Sudamericana and was calmly finishing around the mid-table spots in Serie A.

Despite that, there was still a dark cloud around Engenho de Dentro and it showed. In 2020, the COVID-19 pandemic took its toll on Brazilian clubs, with teams missing out on one of their biggest cash cows — ticket revenue.

Members of the G-12 rack up at worst around 15,000 people [on average] per game. Now that stadiums were without attendance, rumours started swirling around that Botafogo were in a very bad situation and that the club could require assistance from random financial benefactors [not just their usual sponsors] to help keep the club running.

The season kicked off late and under the management of Pablo Autuori, the club managed 2 wins, 6 draws and one loss at the start of their campaign. Not too bad right? Yeah, but performances were looking really dull and the side were just about avoiding relegation if the championship had ended there. And boy did Botafogo wish that was the case.

At the start of October, Autuori was sacked and the club opted to trust Bruno Lazaroni, who only lasted a month. His two victories to kick off were a beacon of shining light, but what ensued were TWO straight months without a win. [Mind you, because of the short season, teams played on a Wednesday – Saturday schedule].

Nine losses and three draws sank the team rock bottom with almost no hope of a return. An odd win vs. another relegated side in Coritiba was nothing compared to another two months of losses that ensured relegation.

Botafogo were going to Serie B for the second time in their history in what was their darkest period to date. What ensued were internal issues and questions whether the side would even survive as they had a ton of players on massive wages. People were pointing the finger at Botafogo and saying they were the new Cruzeiro.

You see, Cruzeiro were relegated a year before. They were given a transfer ban due to various debts over transfers, the whole situation around the club is toxic, and despite huge expectations, they’ve twice finished closer to relegation from Serie B than promotion to Serie A.

Whilst Atlético Mineiro, Flamengo and Palmeiras compete for silverware on all fronts, whilst Corinthians, Fluminense and Internacional comfortably avoid relegation, what was another member of Brazil’s legendary G-12 is now just a shell of its former self tiddling into mediocrity as it’s run into the ground due to various years of incompetence.

Back in Rio though, Botafogo now had quite a job on their hands. Directors of Football and board members were changing. Nothing drastic, but moves were being made and evidently, some change started to occur. The club sold whoever they could bar one or two players so they could string a sensible budget for the 2021 campaign.

They also opted to exclude certain players and started working on cutting their deals short as they were receiving astronomical wages while their contribution was closer to none. Salomon Kalou, Kelvin, Angulo were just some of these names who were cut loose. Others were released at different times during the Campeonato Carioca. But not all was peachy.

“The keys to the castle” were given to Marcelo Chamusca, whose appointment received mixed reviews. Chamusca had never really impressed anywhere, at all. With Botafogo being a legendary club, their fans expected either someone young with flair and ideas or some really well-respected veteran; Chamusca was neither..and it showed.

Chamusca’s dealings in the market were more miss than hit. Although obviously the board also had a say there, most of the players he brought in were poor and would barely see game time, which reminded fans of a repeat of what had been going on so far.  The most exciting names were that of Chay, who was mostly known for his stint at Flamengo…in their 7-a-side team, and Joel Carli, who had played before for the club during 2016-19.

And so they kicked off their 2021 regional championship campaign and things didn’t really look different. Dull, poor performances that rarely saw Botafogo score more than one goal against any half-decent side. Fans quickly turned on Chamusca, and radio co-hosts were interviewing various previous players who were joking that they were falling asleep during games.

Bota fans were adamant the club’s young core could steer this club to something better but that Chamusca couldn’t get anything out of them. Funnily enough, they were right. Midway through July with just about 10 games into the Serie B season, Chamusca was sacked. The club was once again mid-table and a return to Serie A seemed all but a distant dream.

And then, one appointment changed everything. In came Enderson Moreira [who was also not greeted well, mind you]. Albeit not at first, but steadily, he managed to galvanize everybody. Out of nothing, a leaky defense was quickly fixed with a bit more work, with Moreira opting to trust veteran Joel Carli who was up until then unused, at all.

The attack slowly followed. Chay was the revelation of the season playing some of the best football of his life, while Rafa Navarro, one of the club’s prized youth assets, started chipping in with vital goals. In the next two months, the side rarely shipped in goals, going on a staggering run of 11 wins, 2 losses and 1 draw which propelled them back into the top 4. Just like that, fans’ heads started to turn and look upwards.

Moreira showed a stern hand too. As is the case with every other Brazilian team, he started to release some of the players for who he had no use and managed to ease some stress on the wage bill, thereby giving him more room to spend in the transfer market. Guilherme Santos and Marcinho left while he brought in veteran Carlinhos from Fortaleza (who were in the top four in Serie A at the time) to fill in at left back.

Enderson was showing that it takes trust and confidence to boost this mix of youngsters and veterans and with the right amount of work they could explode. After the 3rd of October [their loss to Avaí], the side never lost again in the league, knocking off Coritiba, who were widely tipped to win the league, off their porch and snatching the Serie B title.

In their last game of the season, which had no meaning, the club had 36,000 fans at the stadium. A full house. Things just look different now.

Obviously, Botafogo are still not in an ideal situation. There are still question marks around the club’s financial stability, although news of sponsorship deals for the following season has been consistent and it seems as if they will find commercial partners that will subsidise the side’s Serie A 2022 campaign.

On top of that, slowly and steadily the side will carry on excluding players who they do not deem a good fit for the club, be it financially or ability-wise. But it seems as if the atmosphere around the club is just different at the moment. There is a feel-good factor in the air and it all depends on the whole club to seize the moment.

Botafogo is once again at a crossroads. They’ve been here before in 2015-16 and bad decisions took them down and put them in a bad spot. There is a chance for a new dawn, but will they push on? Only time will tell.