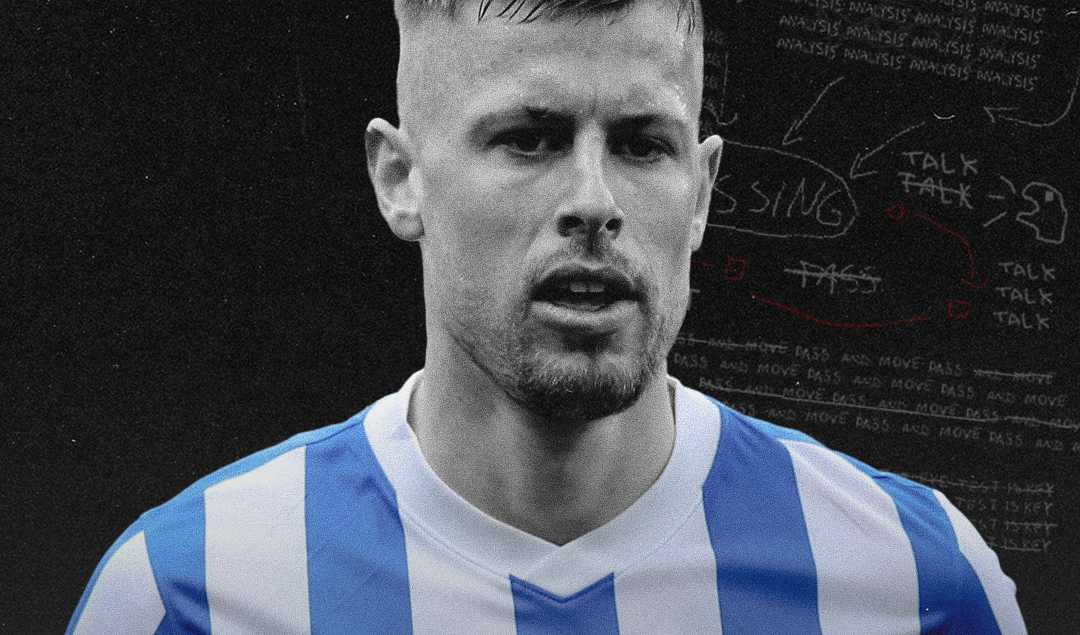 In terms of form and fitness, Brighton’s centre back Adam Webster deserves to be in the conversation for an England call-up from Gareth Southgate come March 2022.

One of his standout games will be Brighton’s 1-1 draw to Club World Cup champions Chelsea, where he strengthened his case with a headed goal for Brighton’s equalizer in the second half.

Nonetheless, it’s his all-around attributes that make this 27-year-old English centre-back worthy of consideration by his national team coach.

The Chichester-born lad took his first steps into football with Portsmouth whom he joined at the age of 12 having been rejected from Southampton, present admirers Chelsea and even Portsmouth from the age of 10.

In 2012, he made his first-team debut coming on as a right-back for Greg Halford in an EFL Championship match against West Ham in the 75th minute.

Nonetheless, to get first-team experience under his belt, he was sent out on a short loan in August 2013 to Aldershot Town. He would go on to make 21 appearances for the Shots before being recalled by Pompey in January only to return later that month.

He would make a total of 24 appearances for the Shots, ending his time with them in May 2014. From 2012 to 2016, Webster made 67 league appearances for Portsmouth, scoring 5 times for them.

In June 2016, Webster made the move across to EFL Championship side Ipswich Town for an undisclosed fee. He made his debut in August of that season and scored once in his first season, but this would be his only goal for Ipswich across 2 seasons and 51 league appearances.

Webster moved to Bristol City in the summer of 2018 for a sole season for £3.5 million rising up to £8 million before making his record-breaking transfer to Brighton & Hove Albion.

Shortly after Graham Potter’s arrival at Brighton, they broke their transfer record for Webster in a £20 million transfer from Bristol City. Webster has been a mainstay in the Seagulls’ backline over the last three seasons, making 74 appearances in the league and helping his team’s cause with 6 goals in that time.

“Adam Webster’s passing out from the back, with both feet is better than any other English central defender” – Jamie Carragher.

Webster surely is a rarity with his ease using both feet as well as his pressure resistance on the ball. These attributes make him fit like a glove in Graham Potter’s possession-based game, building from the back.

Although being reliable for his home country on numerous occasions, Harry Maguire has suffered constant turmoil with Manchester United this season.

Additionally, lots of questions marks have been raised about Tyrone Mings and Conor Coady’s abilities at the top level, whilst Ben White of Arsenal is making a name for himself in North London.

Webster’s technical ability and physical prowess make up part of his strengths at 6ft3. As aforementioned, he made his debut at right back and this has led to him being used in positions across the backline, which allows him to fit into a back four or back three and this will certainly appeal to England boss.

In terms of stats, Webster has been more impressive this season in the Premier League in comparison to his England counterparts in a range of areas.

Firstly, his passing per 90 minutes—both in number but also in number of passes forward are notably better than others.

“I don’t see anybody else with the same level of attributes that Adam Webster has” – Graham Potter.

Webster has certainly thrived in Potter’s passing game. Passing game aside, he ranks top of the class against the five other defenders for tackles per 90 too with no one coming close to his 2.0 per match average.

To finish off, there’s no one better at building from the back presently than Adam Webster. If you must carry the ball, progress from those areas, he is fantastic, and the stats above solidify these claims. That’s his quality.

If he can stay healthy and continue in this rich vein of form, then the friendly in March is a realistic target for the Seagulls’ center-back.

Brighton have suffered several major departures in central defense in recent months, with Ben White joining Arsenal and Dan Burn following him out the exit door to Newcastle. But with Adam Webster, Lewis Dunk, Shane Duffy and Joël Veltman available as well as Jan Paul van Hecke impressing on loan at Blackburn Rovers, it’s fair to say Graham Potter is not short of options at the back.