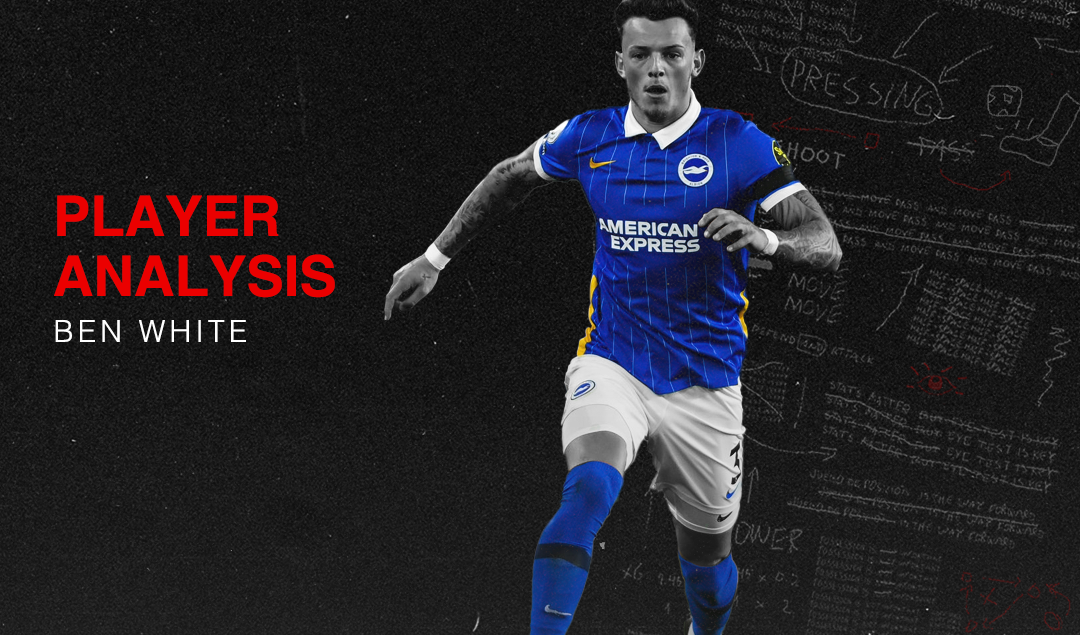 As Mikel Arteta’s rebuilding project continues to take shape, one position some may not have expected to be on Arsenal’s shortlist was a centre-back. During the 2020/21 campaign, the Gunners had the third-best defensive record in the Premier League, conceding 39 goals. Arteta has already signed two centre-backs in Gabriel Magalhães and Pablo Marí whilst also extending Rob Holding’s contract.

Perhaps most crucially, there was the return of William Saliba, who had a fruitful loan season with OGC Nice. However, the Arsenal manager deemed it too early for the Frenchman, and he was instead sent on a third consecutive loan, this time to Marseille. The departure of footballing veteran David Luiz has also meant that Arsenal are now a little light in the defensive department.

Furthermore, the style of play that Arteta is aiming to implement requires centre-backs that are comfortable on the ball, giving an added reason for the Arsenal manager to pursue a new right-sided centre-half, with Holding as his only available option. Numerous names were sound out, from Sevilla’s star, Jules Koundé, to Bayern Leverkusen’s Edmond Tapsoba and RB Leipzig’s Ibrahima Konaté.

Alas, all three craved European football, something which Arteta could not offer, having finished eighth. But their search has not taken much longer, with the club determining that Brighton & Hove Albion’s Ben White is the answer. The Gunners agreed to Brighton’s £50 million valuation of White, making the 23-year-old the third most expensive signing in Arsenal’s history.

It has been by no means an easy ride to top-flight football for Ben White, who suffered a myriad of health issues growing up and was released by Southampton’s academy at the age of 16. Nevertheless, he managed to bounce back from his setbacks, beating his various illnesses and joining Brighton after numerous trials.

Following time in the Brighton academy, he went on loan to Newport County for the 2017/18 season. His stint in South Wales was spectacular as he played 41 matches, winning the hearts of the fans, and was presented the Player of the Season award. Manager Michael Flynn called Ben White “the best loan signing the Club has ever made”.

During his time with the Exiles, he built confidence, expressed his ability on the pitch, and got an early taste of some fierce competition, including an FA Cup bout against the prodigious Harry Kane. He stepped up to the challenge with determination, forcing a replay at Tottenham’s temporary home, Wembley, where their journey ended in a valiant defeat.

“Facing Harry Kane was great for me, and I feel like I more than held my own against him. His movement was very clever, and he always made sure he got himself in-between me and the ball all the time as well, and he was very sharp.”

Already the early signs for White were promising. Brighton’s board quickly extended White’s contract upon his return from loan, but he was still unable to break into the first team with a wealth of experienced players ahead of him. As the winter break approached, he had played a mere five games for the U-23 team, and after conversations with the club, it became clear that his game time would be limited.

So, once more, Ben White made a bold decision to join Peterborough United in League One on loan for the second half of the season. He played 16 matches for the Posh, where his time ended in a painful heartbreak as Doncaster Rovers snatched the final playoff spot on the last game of the regular season. Still, he left with his head held high, finishing another important campaign for his development.

From League Two to the Premier League: Ben White’s Rise to the Top

White’s loan escapades across the English football pyramid did not stop there. His final and most prosperous spell was spent under Marcelo Bielsa at Leeds United. Playing every minute, the youngster was decisive to their promotion-push, adding technical skill, awareness, and composure to the defence in a high-octane side.

White helped push Leeds over the edge of the Championship hump and into the promised Premier League land after a 16-year absence. The 22-year-old won Leeds United Young Player of the Year and was included in the PFA Team of the Year. Hailed a hero, the Leeds faithful pleaded for him to make a return to West Yorkshire. However, seeing his encouraging development Brighton remained adamant about his homecoming to the Amex and despite the best efforts of Leeds United’s Director of Football, Victor Orta, White returned to his parent club.

This time White was assured of first-team football, which he capitalised upon playing 39 matches for the Albion. He had a rocky start to the season with Brighton as they were only able to win one of their opening eight Premier League matches, setting the tone in a frustrating season for Graham Potter. Persistent finishing issues, frequent mistakes, and some unlucky decisions kept them teetering on the edge of relegation. Luckily for Potter, teams below were unable to capitalise, and Brighton survived, finishing 16th.

White’s encouraging Premier League debut season propelled him into England’s European squad and has evidently shown enough promise to the Arsenal scouting team to justify the Gunners going all-in on the £50 million fee that Brighton have demanded. Now, the Poole native is looking to impress once again as he makes another step in his football career.

“I don’t think I needed too much convincing to be fair. Obviously Arsenal speaks for itself and I spoke to the gaffer a number of times during the summer. I got good vibes and the way the gaffer wants to play, I think I can produce quality in this team and hopefully get Arsenal back.”

One of Ben White’s biggest draws is his versatility. He has been used in multiple positions, including centre-back, right-back, and sometimes as a defensive midfielder alongside Yves Bissouma for added protection. His versatility is feasible because of his wiry, athletic physique required for the different roles. He stands at around six feet which may not measure up to the towering heights of Gabriel or other centre-back options, but he makes up for it in other aspects of his game.

The 23-year-old is a solid all-around defender with outstanding positioning and awareness. He constantly analyses the state of play, scanning fervently and is quick to act on any potential attacking threats using his anticipation and exceptional agility to great effect. White is strong in tackles and relishes the opportunity to put attackers under pressure, a big element that Arteta has aimed to incorporate into his defence.

The biggest weakness in his game is his aerial combativeness, which has at times been a noticeable frailty. It is also a problem that has borne its teeth to Arsenal in their opening pre-season matches and something Arteta will want to address.

Whilst speed is a crucial aspect of White’s game, another equally important physical asset and something Arteta would have taken special note of is his fitness record. So far, he has not suffered an injury that has forced him to miss a match. This has enabled him to accumulate his nauseating number of 13,750 minutes of football, which is more than any other Arsenal centre-back (excluding Calum Chambers).

On the ball, White is a progressive player who enjoys meandering into the midfield to beat the press before offloading the ball to his teammates to carry on the attack. Something which Arsenal missed severely whenever David Luiz was absent from the first eleven. The lack of urgency from defensive areas hindered attacking intent which led to lulls in crucial match stages. White’s adventurous passing range and clever dribbling would help to push Arsenal further up the pitch and initiate more attacks.

White’s positioning is also an asset in attack as he is able to identify space when receiving the ball and drive past the first line of defence into midfield areas. He thrives under pressure, and his composure on the ball would be crucial for Arsenal if the move materialises. Last season Arsenal faced numerous issues when playing against the high press, which often led to errors and became a noticeable Achilles heel in the side.

The introduction of White would enable them to play out the back with greater success and open spaces for other players to attack. When successful, it has been an extremely effective approach implemented by Arteta, which was shown in the latter stages of the 2019/20 FA Cup.

Another consideration will be his defensive partner, who will most likely be Gabriel. The Brazilian’s aggressive, dominant playstyle would combine nicely alongside the more composed and technical Ben White. The ex-Lille defender’s aerial dominance was one of the key reasons for Arsenal’s strong defensive set-piece record. Given their young ages, the partnership could prove to be a formidable up-and-coming duo.

Gabriel Magalhães: One of the Few Bright Spots From Arsenal’s Torrid Campaign

Some will be put off by the hefty price tag, but Ben White has established himself at every level as an exemplary product of the football pyramid in England. With three years on his contract, Brighton had the negotiation power and no reason to sell until their valuation was met. Additionally, English Premier League players have an extended history of inflated fees: Chilwell to Chelsea, Wan-Bissaka to Manchester United and John Stones to Manchester City all moving for similar prices.

White is only 23 years old, homegrown, has an outstanding fitness record, Premier League proven, a style that would complement Gabriel and benefit Arteta’s system. He has all the tools that Arsenal currently lack when the defence is in possession and brings defensive nous to the side. Whilst costly, his potential is scarily high and would represent another change at Arsenal with the old being replaced by the new.

The squad is becoming more well-rounded as the transfer window progresses and shows few signs of slowing down, with interest in numerous positions emerging. However, it will be crucial that this activity continues, with Ben White currently as the only notable change to the starting eleven that finished eighth.

If Arsenal are to bounce back from their deplorable 2020/21 season, improvements are necessary as sides around and above them continue to grow in strength. Time is ticking with the opening Premier League match against Brentford drawing closer, and if moves are not made, it could be another long season for Arteta’s Red Army.