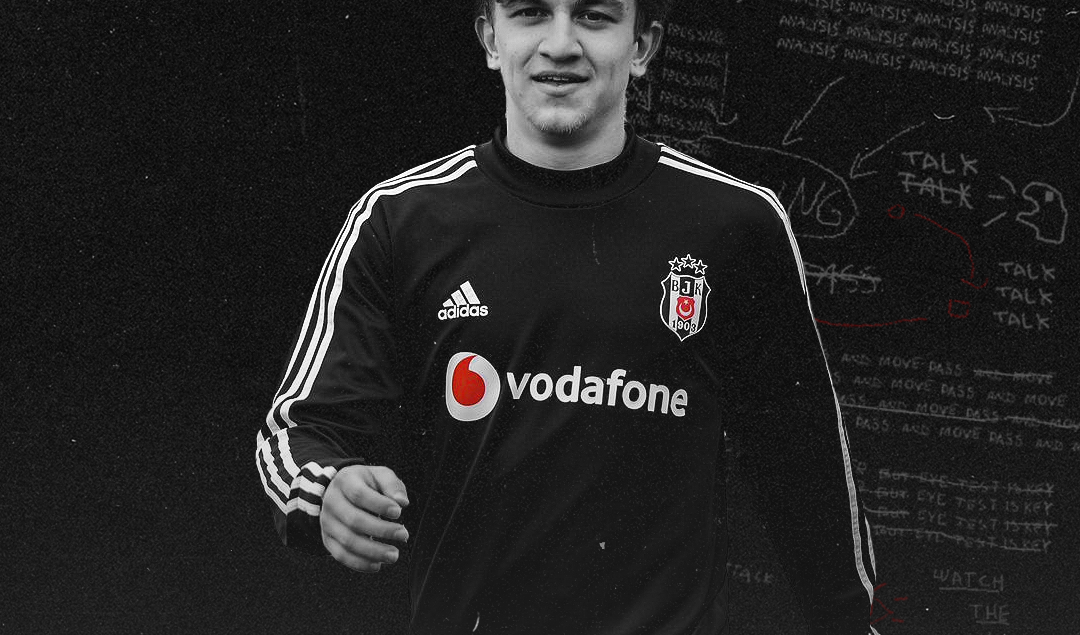 Fifty-seven percent. That’s the amount of his lifetime Rıdvan Yılmaz has spent at Beşiktaş.

The 19-year-old left back joined the club in 2009, at the age of eight. He was born in the working class Gaziosmanpaşa district of Istanbul and grew up in nearby Sultangazi. Like so many kids in the area, Rıdvan honed his skills playing football on the street, alongside elder brother. His older brother Tolgacan would later graduate with a degree in physical education from Marmara University, but Rıdvan took a different path.

The younger Yılmaz sibling spent a decade honing his craft in the Beşiktaş academy, playing two years above his age group before graduating to the first team in 2018. In November of that year Rıdvan was named on the bench for the first time, for a Europa League game with Sarpsborg.

Ultimately, he would not get on the pitch, with that feat taking another five months. His debut came in early April 2019, with Rıdvan appearing off the bench to replace Adem Ljajić for the final two minutes of a 7-2 thrashing of Rizespor.

After that game Rıdvan said: “I played my first Süper Lig match with Beşiktaş, of whom I proudly have worn their jersey for ten years. I would like to thank (then manager) Şenol Güneş, who gave me this chance, and everyone who contributed to me and did not spare their support. Now is the time to work harder.”

Wrexham A.F.C. in the 21st Century and the Path To Its Acquisition by Ryan Reynolds and Rob Mcelhenney: Part 2

Promoted to being a full member of first team training, last season Rıdvan made his full debut in a Türkiye Kupası match with 24 Erzincanspor. In Süper Lig he ended up playing six matches, mostly towards the end of the campaign. The youngster learnt vast amounts from the highly experienced Caner Erkin, who provided guidance both on and off the pitch.

In terms of other role models, there is little surprise who Rıdvan names: “Alphonso Davies plays for Bayern Munich, even though he is the same age as me. I like him very much, he’s a very good left back. But I can say that my idol is Marcelo, I love Marcelo.”

However Rıdvan’s style of play is slightly different to the Brazilian. As Beşiktaş fan Aaron Armstrong explains: “In terms of build he’s similar to Angeliño, but not as good as him attacking wise. Also Nicolás Tagliafico, but he’s not a poaching wingback like him. For me in terms of calm defending he reminds me of Adriano, who came here finished but gave lots of defensive masterclasses.

“I’d say there isn’t really a well-known full back that’s identical to him. For me the thing with Rıdvan is that we expect young full back talents to be attacking, especially those who are pacey and have high work rates. But he’s firstly a very good defender, he’s never out of his depth and always aware. He has improved his crossing a lot from last year and he has good fundamentals like vision and reading the play.

“He’s also calm on the ball, but lacks final pass quality at the moment. Perhaps he has to improve in the decisions and composure department. In other words, he needs more experience at this level. I never expect him to do extra, like beat a man or two and provide an assist out of nowhere so he must work on his attacking qualities.

“But his positioning and overlapping, personally his runs are my favourite quality of his, can suddenly disrupt the opposition defensive structure. That gives us an extra dimension while attacking.”

Such qualities have seen Rıdvan force his way into the starting line-up in 2020/21. After Caner returned to Fenerbahçe, Fabrice N’Sakala was recruited from Alanyaspor. However after he missed the Başakşehir game in late November with coronavirus, head coach Sergen Yalçın turned to Rıdvan.

The results were spectacular. Beşiktaş recorded a surprise 3-2 victory, with Rıdvan’s performance crucial. He kept Edin Višća, arguably the best player in Süper Lig, quiet for most of the match. His display was so imperious that the Bosnian was actually switched to the left flank by Okan Buruk in order to give him more space. When Rıdvan was taken off in the 77th minute, Višća moved back to the right.

The next match with Fenerbahçe yielded the same result. Rıdvan kept another experienced competitor in Dimitris Pelkas under control, alongside right back Gökhan Gönül. Beşiktaş won 4-3, with the left back earning enormous praise. He has started both matches since, a 3-0 win over Kasımpaşa and 2-1 defeat at Alanyaspor.

After the former contest, Rıdvan told Fanatik: “My dreams include playing for the National Team and in Europe. I worked with Şenol before. He’s a coach who knows me, he gave me a chance for the first time. If I continue to play well here, the national team is not a distant goal.”

Rıdvan has been a Turkish youth international since under-16s, currently playing at U21 level, and Aaron shares his optimism: “He might even become Turkey’s left back in the Euros if he performs well throughout the season, we really don’t have much depth in that position. Hopefully this will be his breakthrough season.

“He certainly has the potential to become better than Mehmet Zeki Çelik, for instance, in my humble opinion. I expect him to get better here at Beşiktaş and make a profitable move in three to four years.”

Rıdvan extended his contract this week to 2025, an extension that will also see him earn a higher salary. The hope is that it will fend off the advances of several Bundesliga clubs keeping tabs, most notably high-flying Stuttgart. Any buyer will have to pay the €5 million price tag put on his head by BJK president Ahmet Nur Çebi.

Given how Rıdvan has been performing, whoever pays that will be getting a bargain.