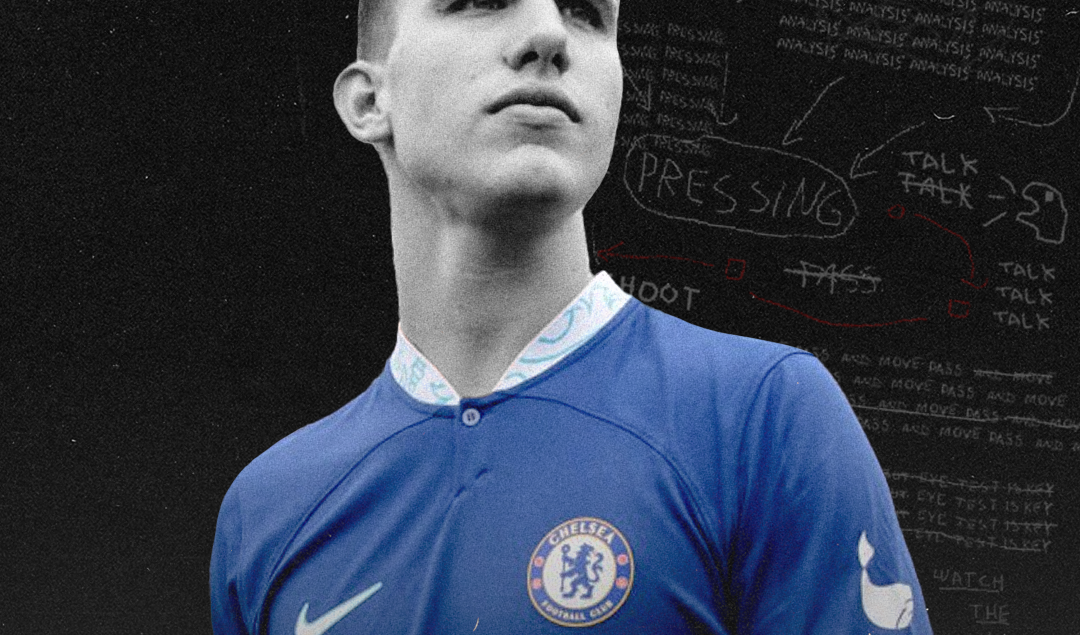 Roman Abramovich is gone. A marquee in the football business industry and an icon in Chelsea’s revolutionary history. A leadership and management era of almost two decades under the Russian oligarch has come to a halt.

It is now time for a new dawn, a new management, a modernized philosophy, and ultimately a different strategy. With the recent Chelsea takeover by Todd Boehly and Clearlake Capital, indeed radical changes have occurred and a new strategy has emerged tagged; ‘Securing the future of the club.’

Chelsea’s new owner Todd Boehly has taken proactive steps in his pursuit to ensure that his primary agenda sees the light of day. He has a clear vision to secure the future of the club by developing a world-class youth team filled with primus inter-pares talents from across the football world.

From Tyler Dibling, Zak Sturge, Gabriel Slonina, Omari Hutchinson, Carney Chukwuemeka to the newly-signed Cesare Casadei, it is evidently clear that Chelsea are amassing a wealth of young talents around the globe; an epitome of the manifestation of Todd Boehly’s ambition at the West London club.

Who is Cesare Casadei?

The Italian sensation Cesare Casadei is the latest addition to the influx of youngsters that have arrived at Stamford Bridge during this busy transfer window. Having agreed a fee of 15 million Euros with his parent club Inter Milan that could potentially rise with 5 million in add-ons provided that certain criteria are met, the wonderkid penned a six-year deal with the Blues.

Born in Ravenna, uncovered in Milan, on a mission to London, the 19-year-old Cesare Casadei has come far in his journey to prominence. He began his career at Cervia, a then Serie-D side before his impressive stint earned him a move to Cesena. With Cesena winding up in 2018, he joined Inter Milan academy.

Casadei busted into the limelight at San Siro following his formidable performance for the Inter Milan U-19 set-up. He was pivotal to their title-winning team last season notching 14 goals in 30 appearances en route to glory with his crucial equalizer in the playoff final inspiring the Nerrazurri to a comeback 2-1 victory over Roma. He also netted twice in seven appearances in the last edition of the UEFA Youth League tournament.

Widely regarded as one of Europe’s finest young talents, Casadei have also starred while representing his motherland at the youth level. He led Italy to the semi-finals of the European U-19 Championship this year before narrowly losing out to the eventual winners England and a soon-to-be teammate Carney Chukwuemeka. No surprise he was named among The Guardian’s yearly “Next Generation” list owing to his remarkable outings in the 2021/22 season.

Top-notch will be a nice way to put it. All-round, phenomenal will be a more proper description of the qualities embedded in the Italian midfielder. Casadei possesses exceptional skills and qualities that he uses to dictate proceedings at the center of the park. A strong, vibrant, and versatile midfielder who has a good command of the ball and can be effectively deployed to any position within the midfield area.

He has even been widely touted as a replica of Chelsea legend Frank Lampard having been gifted with an eye for a pass. He is also brilliant in the air and has an incredible goal-scoring prowess coupled with his pace which he employs to make darting runs into the opposition box and shred defense apart.

Significance of the Youth Players Towards the Development of the Club

Kudos to the new ownership for stepping up Chelsea’s agenda to build the future of the club around young talents. Not only have they secured the recruitment of highly rated youngsters and tied them to long-term contracts but also they continue to leave no stone unturned in their effort to recruit more promising potentials.

Chelsea have also indicated an interest in signing bright stars like Anthony Gordon from Everton with Leicester City’s Wesley Fofana being their priority target in the defensive role. Their loath to release Callum Hudson-Odoi, Trevor Chalobah, and Ethan Ampadu on permanent transfers serve as a pontification to the assertion that they are willing to keep youngsters at the club in the coming years.

Over time, the Cobham academy has produced amazing players who have risen through the ranks to become a first-team player at the club and Todd Boehly is keen to maintain this legacy. The likes of Mason Mount, Reece James, Ruben Loftus-Cheek, and Tammy Abraham to mention but a few of these players.

However, for Casadei, the rationale behind his purchase is to succeed the Blues’ aging midfield department. With N’Golo Kante, Jorginho and Mateo Kovacic approaching their 30s and a recurrent injury mitigating their efficiency in play, the Italian is deemed to be a suitable successor. He will currently ply his trade with the U-21s with a view to switching to the first team as soon as he acclimatizes to the environment and begins to hit his stride.

Arsenal is the most recent Premier League side to have projected the club’s future towards young players. They boast of having the youngest squad in the League with an average age of 24.2 years. The reliance on these youngsters have paid off as they have stirred the Gunners to the summit of the standings in the new campaign, thanks to their stellar performances against Crystal Palace, Leicester City and Bournemouth respectively.

In doing so, the Mikel Arteta-managed side remain the only team to win their first three games of the 2022/23 season; a feat they last attained 18 years ago. If Arsenal can successfully implement this policy, thus, there is a strong likelihood of similar success recorded at Stamford Bridge.

In a nutshell, securing the future of the club through the next generation of talents has been the key strategy in force at the Blues since its acquisition by the American business mogul. The arrival of teenage sensations including the most recent signing of Cesare Casadei indicates notable progress.

Whether this objective will ultimately manifest remains hanging in the air. But a step in the right direction will facilitate the realization of this coveted aspiration toward the development of the club in the years to come.