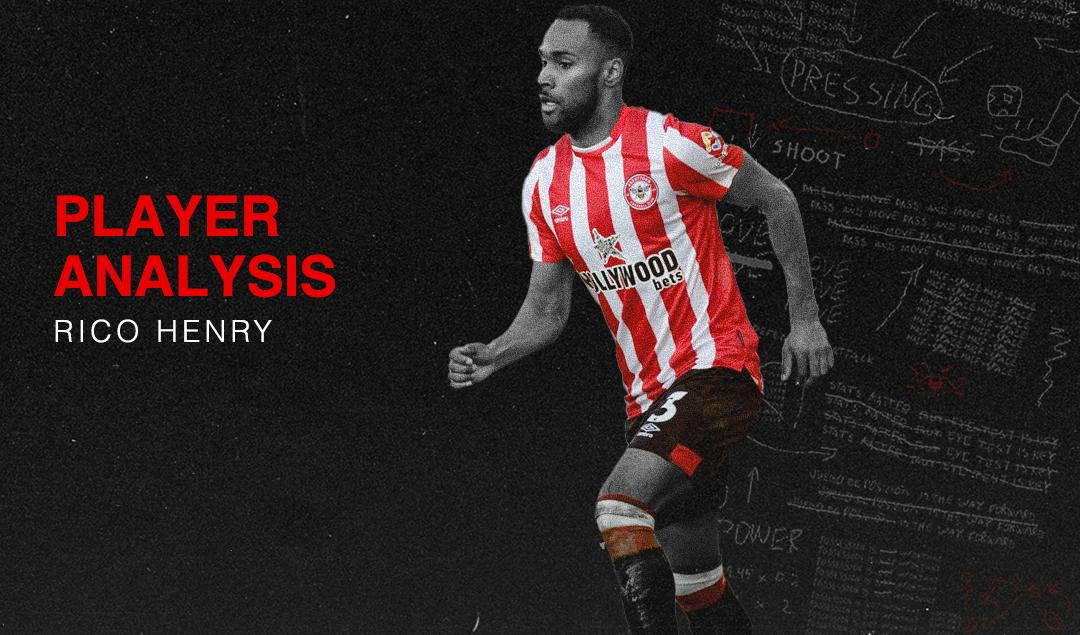 Six months ago, you would’ve been forgiven for thinking that England needed to address their situation at left-back. Ben Chilwell was in the form of his life, playing in perfect harmony with his English counterpart Reece James at Chelsea.

Whilst Luke Shaw, despite a slight dip in form, was coming off the back of a superb European Championships that saw him so nearly become a national hero after his goal against Italy. But with Shaw having shown few signs of improvement and Chilwell injured, there is suddenly a void in England’s backline that Brentford’s Rico Henry is looking to fill.

Before the turn of the year, Henry’s manager Thomas Frank had suggested the 24-year-old, who has started 25 of Brentford’s 30 Premier League games this season, should be on Gareth Southgate’s radar.

This perhaps optimistic statement has now, though, become a distinct reality. Despite having not yet been called up to the senior side, Henry’s consistency has made him hard to ignore ahead of the World Cup this year.

Consistency has been a very real problem for Southgate, as he looks to pick a squad and, above all, a defence that can go the distance in a major international tournament.

It has been a case of so close, yet so far for England in recent years, and picking players on reputation rather than form has been highlighted as one of the major reasons why football still hasn’t come home.

Kieran Trippier, Jesse Lingard, Kalvin Phillips. These are all players who have shone for England across the last two major tournaments despite a prior lack of international pedigree.

England tends to rely on reputation, and whilst this is no bad thing, it is something that can see them overlook players further down the footballing pyramid, irrespective of their form.

In positions where England have a wealth of talent, this is understandable. But at left-back, there is no reason why a player as talented as Henry shouldn’t be at least trialed.

A shrewd defender, Henry keeps his cards close to his chest. Whilst you rarely see him bursting past his teammates in search of an opening, you won’t see him diving into challenges and affording the opposition an opportunity they scarcely deserved.

A proprietor of the art of defending, this is perhaps what England needs given the attacking fluidity they enjoy on the opposite flank.

Whilst Henry is not an explosive presence in the final third, he is still more than capable of transitioning possession and taking his man on before offloading the ball. Brentford are, after all, a progressive side, given their technical limitations.

Fluid attacking displays against Liverpool, Arsenal and Wolves have shown that they are more than capable of punching above their weight and taking the game to established Premier League outfits.

Henry has already been capped at U19 and U20 level for England, a testament to the ability he has shown since his £1.5 million move to Brentford as a teenager. A vital part of The Bees’ rise from obscurity, it is no surprise to see his startling progression coincide with that of the club he has called home since the age of 18.

The former Walsall man may not have taken the league by storm – Brentford have been impressive but unassuming. But in a season of such inconsistencies, his performances for a side blighted by fears of relegation deserve recognition.

On the eve of perhaps the most crucial international tournament of a lifetime, Southgate could do with trying out a wildcard selection whose strength lies in consistency, not ingenuity.