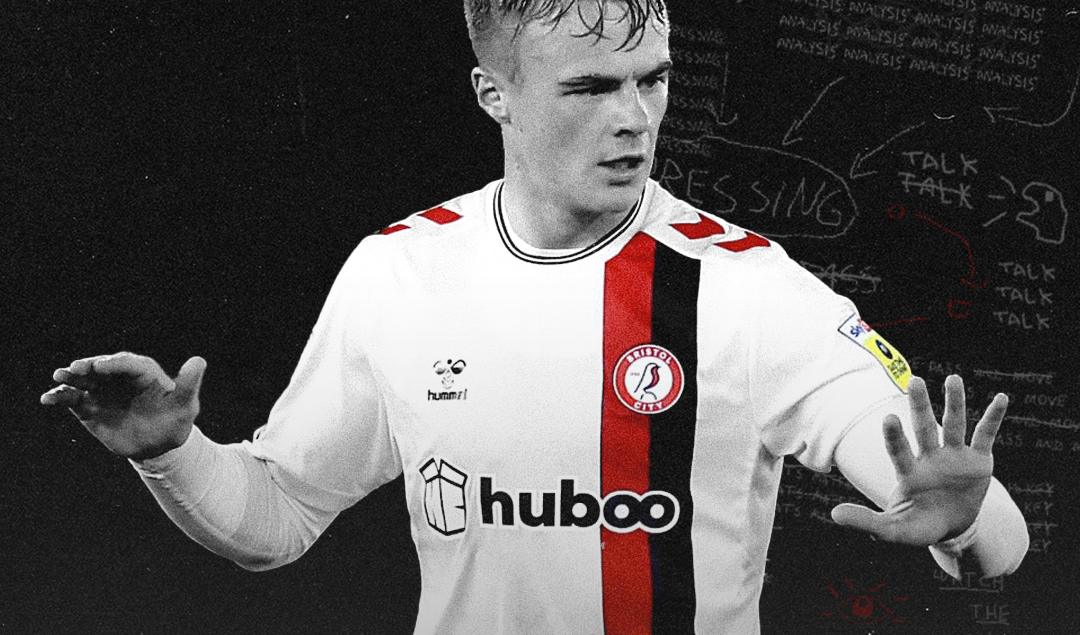 Bristol City’s start to the 2022-23 season looked like it would mirror the past few dire campaigns at Ashton Gate, the Robins stagnating under Nigel Pearson with lower-half finishes in the Championship expected. The opening three games suggested that trend would continue, winless with a solitary point to their name. However, after a disappointing start, Bristol City have enjoyed a purple patch recently.

Four wins, a loss and a draw from their last six has allowed supporters to feel optimistic again, a key part of this recent success down to the emergence of Tommy Conway up-front for the rejuvenated Robins. Making a handful of appearances here and there in the past few campaigns, the 20-year-old has now finally broken through and made his spot in the first team at this moment in time undroppable – Conway scoring in all but one of Bristol City’s recent victories, the new kid on the block spearheading success.

Surrounded by experienced strikers and attackers in Andreas Weimann and Nakhi Wells up top, Conway will only continue to grow and flourish in this current set-up. It’s this coming together of the reliable heads and the players leading the Robins into the future that has contributed to this early season optimism and notable victories against Luton and Blackburn, Alex Scott another notable youngster impressing for the Robins.

Tommy Conway’s burst onto the scene has, however, come out of the blue if you’re not an avid follower of all things Bristol City – Alex Scott, on the contrary, is already an established England U21 international. Conway could well follow in the footsteps of his Bristol City teammate if all goes to plan, his impressive start to this campaign leading to a Scotland U21 call-up owing to a family connection and an individual accolade in Young Player of the Month for the Championship has also come his way.

Ellis Simms – A Future Everton Star In The Making?

It’s a sudden rise to the top for a player who was on the periphery for a while at Bristol City, plugging away at Ashton Gate with a few loan detours to the likes of local clubs Yate Town and Bath City. He managed to make a name for himself during the latter loan spell – scoring a competent nine goals in all competitions for Bath – but nothing suggested that Conway could become a Championship starting player in the future.

Starting out with the Robins as an Under 9, progressing through various age groups before becoming a senior player, this season to date must feel like a dream come true for the 20-year-old. Tommy Conway’s hot streak of goals coincided with Bristol City’s upturn in form, Nigel Pearson’s men fresh and exciting to watch after years of being mediocre and settling for averageness.

His first goal in league action this season came directly after Conway bagged a brace in the Carabao Cup, Bristol City winning 4-1 against a beleaguered Coventry City. This led to Conway finally getting a run in the first team, an opportunity he hasn’t let go to waste.

A confident and assured Bristol City team would then turn up for league action directly after this decisive win in the Cup, an unusual sight for home fans at Ashton Gate – Nigel Pearson’s men often underperform in front of the passionate Robins masses, Bristol City’s home form often their undoing. Yet, with five minutes on the clock against Luton, they were 1-0 to the good – Nakhi Wells strolling through before coolly finishing off the opportunity via the post.

Tommy Conway celebrated passionately, fellow youngster Alex Scott also joining in to celebrate after notching up an assist. Conway would also get in on the action shortly after, a quick passage of play eventually finding Andreas Weimann down the wing. A striker by trade, the seasoned Austrian turned provider for Conway to tap home into an empty net.

Even if the goal was straightforward for Conway to easily prod home, his goal celebration made out as if he’d just scored the winning goal in a Cup Final – Bristol City’s number 19 ecstatic, knee sliding to the adoration of the home fans all around him. This kickstarted a personal purple patch for Conway and for Bristol City as a whole, Nigel Pearson’s men blowing off the cobwebs of previous seasons emphatically.

Bristol City backed up a comfortable win versus previous playoff semi-finalists Luton with an equally as straightforward victory in the Severnside Derby – Bristol City winning 2-0 against their rivals from Wales in Cardiff City. Conway popped up with another goal in this one, cementing his place in the line-up once more.

Again, one of Bristol City’s main strikers turned provider with Nakhi Wells delivering an inch perfect cross for the head of Conway. Conway confidently connected to break the deadlock just before the half-time whistle blew, his header finding the corner to make it 1-0. Another header would seal the fierce contest at Ashton Gate, a free-kick delivery finding Rob Atkinson unmarked to head home and effectively end the contest.

Atkinson is another young, hungry player in the Bristol City ranks – another that has worked extremely hard to be where he is today, a player loaned out various times before an Oxford United spell opened the door to Championship football. Bristol City fans will however remain pessimistic, the fortunes of the Robins topsy-turvy over the past few campaigns with consistent form hard to come by.

A recent 3-3 draw with Blackpool showcases this, Nigel Pearson’s men scintillating to watch for most of the contest but obvious gaps in defence allowed Blackpool to net three goals – the real sucker punch coming in the 90th minute, Theo Corbenau’s late goal ridding Nigel Pearson’s men of another win.

Conway continued to impress regardless of the leaky Robins backline, another goal for the youngster at Bloomfield Road came his way courtesy of some instinctive thinking. A low and hard ball into the box from Alex Scott meant Conway had to improvise on the spot – but with the confidence coursing through his veins at this current point in time – Conway cleverly finished into the back of the net even with Blackpool shirts all around him.

Bristol City could well be mounting an unlikely promotion charge, recent postponements and curtailed fixtures due to the death of the Queen in England coming at possibly the worst time for those with connections to the red side of Bristol who want to continue their red-hot form.

No such signs of prior stagnation are present currently, Tommy Conway a runaway train whenever he’s on the pitch – bursting with energy and pride to put on a Bristol City shirt, playing every game with an unbending passion for the team and the goals have followed. The next fixture will test the Robins and their mettle in the early promotion stakes, as they look to bounce back from defeat to Norwich with a trip to Burnley’s Turf Moor.

Regardless of whether they lose – or Nigel Pearson’s men continue to surprise teams – Bristol City will need to keep hold of the likes of Tommy Conway if they want to eventually break out of the Championship. Conway could well be the spark needed to catapult the Robins up to the Premier League, putting this mammoth but often forgotten about football club back on the map.