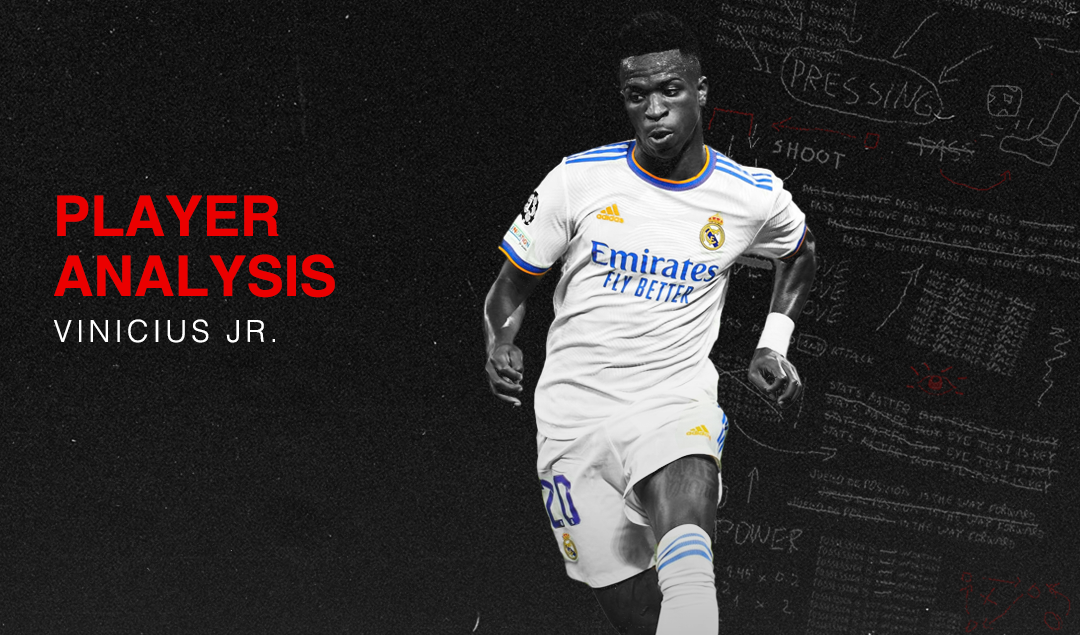 When Vinícius Júnior was introduced to the Real Madrid faithful at the Bernabeu in 2018, he brought with him an unspoken change to Real’s typical “Galáctico” approach to success. At 18, he was not the typical Real transfer target, he didn’t come after sustained success abroad such as Cristiano Ronaldo or Zinedine Zidane who defined the Galácticos era that brought Real sustained success and transformed their brand into the massive entity it is today.

He also didn’t come through the academy such as club legend Iker Casillas or more recent successes such as Marcos Llorente and Achraf Hakimi. Gone are the days when Real had the funds to recruit already-stars to help them compete in and win the most sought-after glories in club football.

The Real Madrid of today have to be shrewd and calculated in their approach to transfers and Vinícius was their first roll of the dice in this new direction. Some players come complete, others are projects, Vinícius is undoubtedly the latter.

Coming highly touted from Brazilian outfit Flamengo, Vinícius has been described as a pacey, skillful left-winger with a blistering drive to take on the opposition, and the ability to beat his man in a variety of ways, his first three seasons in Madrid, however, have been anything but blistering.

It is safe to say that he has started slowly, appearing in 118 games in his first three seasons at Real but contributing just 37 combined goals and assists, certainly not a mind-blowing number considering the hype that came with his 60-million euro price tag. Despite this, club president Florentino Pérez has continued to heap praise on the young Brazilian and his faith seems to be paying off under new manager Carlo Ancelotti.

Vinícius has truly exploded this season with 10 goal contributions in his first 12 appearances. The project is coming to fruition. Below I will analyze Vinícius using the Eye Test and Underlying stats to determine what has contributed to his recent rise and how his game has improved under Ancelotti.

*Note: This is based on my personal evaluation of the player. I will be drawing on extensive  in-game footage as well as YouTube highlight reels to evaluate Vinícius in this section*

The most unique element of Vinícius Júnior’s game is how developed his understanding of angles is. What does “understanding angles” mean? Simply it is a player’s ability to utilize the space in front of him when dribbling, shooting, or passing paired with the knowledge of how to shape their foot when hitting the ball in these situations.

🎥🌐🔀 You do want to see this goal from all angles, trust us.@vinijr | #UCL pic.twitter.com/EgQC24lk6C

For example, if a right-footed left-winger is shown down the line by the opposition fullback, are they able to create chances from the byline by shooting accurately across the goalkeeper or fizzing a pass across the face? Are they able to use every part of their strong foot to create despite having been denied their most comfortable or effective angle(s)?

Vinícius’ deep understanding of angles at his young age means that, when he is shown down the line by a fullback he often still finds a way to fashion a chance for his teammates or threaten the goalkeeper. Most left wingers who rely heavily on their right foot such as Vinícius struggle to create from the byline, they prefer to wait for an overlap to unsettle the defense or space to cut inside before attempting their final action. Vinícius is clearly just as comfortable hitting the byline as he is cutting inside.

Down the left touchline, Vinícius has blistering pace over ten yards and prefers defenders to stick close to him, giving him the chance to knock the ball around them so he can burst past and get back to the ball. Despite this preference, he is still highly skilled and possesses a wonderfully light touch on his stepovers and elasticos, in these respects, he is very Neymar-esque despite being limited slightly by his reliance on his right foot in comparison with Neymar.

His finishing and final actions are also highly developed for a player of his age, he is able to generate a ton of power with his right foot from a standstill which allows him to disguise through-balls, crosses, and even shots quite effectively when he is crowded and/or forced to slow down by more than one defender.

He utilized this disguised right foot power to great effect for his second goal against Liverpool in the Champions League last season when he was fed a slow-hit cross from Luka Modrić which he turned in from almost a standstill, beating a hapless Alisson at his near post. This makes him very dangerous to double-team and often you will see teams playoff him slightly to mitigate this skill.

The Brazilian forward has a powerful and accurate shooting technique despite his slender frame. His ability to judge the position of the goalkeeper and adjust his shot on the fly makes dangerous from basically anywhere on the edge or inside the box. His goal against Osasuna in the 2019/2020 season is a perfect example of this.

He sees the keeper, Rubén slightly off his line and hits the ball with loft and curve, placing it just above his outstretched gloves. Another example of his dynamism as a finisher can be seen in his goal against Club Brugge (also in 2019/20) where he pounces on a loose ball in the box and pokes it home with the outside of his right boot. He’s silky smooth but can generate immense power, a truly dynamic finisher, a rarity for his age.

Finally, I have to talk about Vinícius’ defensive contributions, especially this season under new manager Carlo Ancelotti. The current iteration of Vinícius Júnior is a hyper-aggressive presser in each phase of play. He consistently shows a willingness to track back to help his teammates win the ball up and down the left touchline and half-spaces.

This is quite rare to see in young wingers even in the most physical leagues such as the Premier League. Vinícius is often seen far down the opposite wing pressing the opposition winger, and despite his slender frame making it difficult for him to physically match up with other wingers, he is persistent and often dives in two or three times in an attempt to win back the ball.

*All stats from FBref.com and compared to other AttMid/Wingers in the Top 5 Men’s Big Leagues + European Competition. Unless otherwise noted, all stats are based on per 90 minutes played*

Vinícius Júnior’s underlying stats reinforce his explosion as an offensive dynamo in the past year and so far this season. In 12 games so far this season, the 21-year-old has created 60 shot-creating actions (SCA). He ranks in the 95th percentile for SCAs via a successful dribble per90, reinforcing just how masterful he is at manipulating angles to create space to either shoot or pass to an open forward waiting in the box.

Real Madrid and the Art of Parking Players

This elite level of ball carrying makes sense given his willingness to track back and his demanding presence on the pitch, he is constantly looking to be an outlet and help his team get up the pitch, something Real have sorely lacked during Eden Hazard’s injury woes.

That being said, Vinícius is still quite careless with the ball and often miscontrols it or is dispossessed, these stats are slightly inflated due to how aggressively he carries the ball and wants to receive it but still makes him a liability against top pressing teams with dominating fullbacks capable of matching his speed and power.

This is partially made up for by the fact that he presses a lot during each phase of play which is quite rare (most AMs and Wingers press primarily in the middle and/or attacking third). For comparison, Gabriel Jesus presses much less than Vinícius per90 (just 15.02 times vs. 20.83 times for Vinícius) but has a slightly better percentage of successful pressures at 28.8%.

While pressing is often a stat that is only relevant when placed within the context of the tactical system or league the player plays in, Vinícius’ numbers for his age are hugely impressive as many young wingers aren’t attributed with high pressing numbers at all. In short, it reinforces the above mentioned assertion that he works hard.

There is no doubt that Vinícius Júnior has had a rocky start to his career as a Real Madrid player. He arrived with inflated expectations similar to those placed on Neymar’s shoulders when he came from Santos.

Asking for Neymar-levels of output from Vinícius when he first arrived was simply unfair and Florentino Pérez’s continued support for the young winger was clearly influential in his ability to bounce back again and again after repeated criticism from his teammates, the fans, and the media threatened to knock him off the ladder to success.

Now he’s arrived, he is truly here and we are all about to find out how truly influential he can be, this is just the start for the 21-year-old and his incredible workrate combined with his unique skill set will give him a real chance to dominate European football for many years to come.