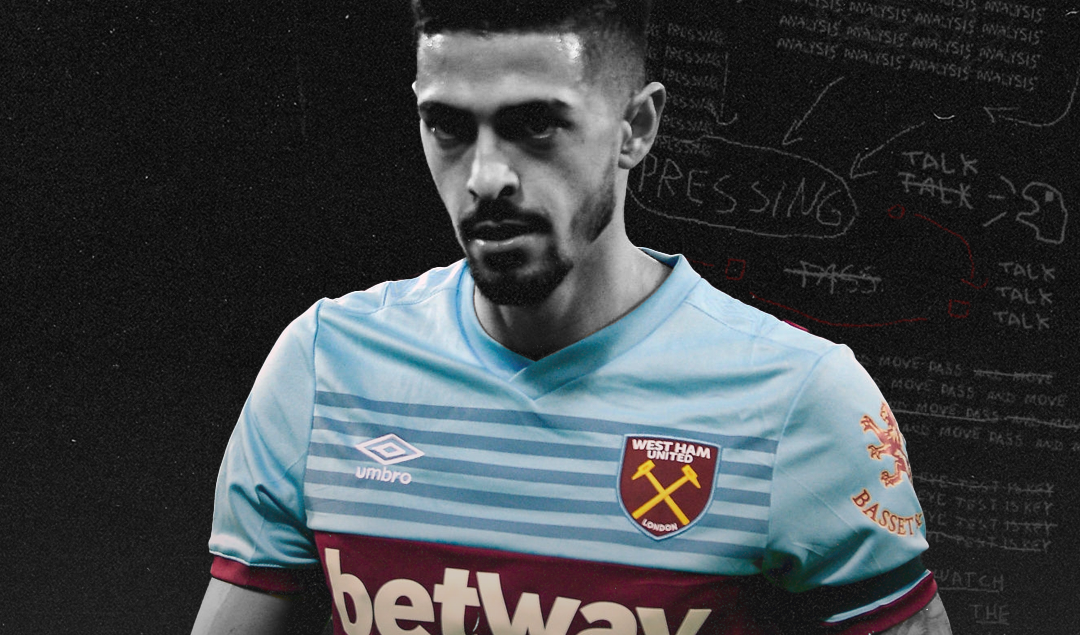 Manuel Lanzini’s career hasn’t developed as planned. He signed for West Ham United as a 22-year-old with the world at his feet, an ambitious playmaker with hopes of earning a transfer to one of Europe’s top clubs.

Unfortunately for the now 29-year-old Argentine, his individual development has been derailed by ill-health. He’s endured 555 injury days since joining the Hammers in 2015-16, including the eight-and-a-half-month spell he spent on the sidelines after rupturing his anterior cruciate ligament in 2018.

While injuries are always cruel, the adversity Lanzini faced four years ago was a peculiar kind of evil. He damaged his knee during a training session with Argentina just weeks before the World Cup, a tournament he was set to play a key role in under Jorge Sampaoli.

“It is one of my dreams to play for my country, for my people,” he explained in 2019. “My injury was very hard to work through because it came at such a bad time. It was before the 2018 World Cup finals – that could have been my first World Cup.”

Understandably, Lanzini’s tone is filled with regret when asked about his injury troubles. He was tantalizingly close to breaking out as an important player for his national team, only to see a freak incident cut his prime years short. But he’s back now, has stayed injury-free since December 2020, and is starting to prove the naysayers wrong.

While there’s no doubt that Lanzini has failed to live up to his potential, he was billed as a star of the future during his time with River Plate, it would be foolish to discount his quality and remaining upside. Untapped potential still exists within the diminutive midfielder, opening the door to a fruitful post-peak career in a new role.

Lanzini has always been a classic attacking midfielder. He’s technically gifted, confident in possession, and dangerous on the transition. He’s also tactically and positionally aware, with off-the-ball movement one of his core strengths.

At 5-foot-6, he isn’t a major physical presence – although his quickness off the mark increases his value as a second ball-winner. That said, he isn’t blessed with top-end footspeed, which limits his effectiveness when attacking from the flanks.

But, more recently, Lanzini has started to dictate play from deeper areas of the pitch. While his future isn’t that of a box-to-box midfielder, there are reasons to believe in his upside as a deep-lying playmaker.

“I love it there,” he said of operating from central midfield in January. “I try to help the team and to get confidence in myself is good. I also like playing in a deeper role because I like to take the ball and help the team keep the ball, so both positions are good for me.”

Lanzini’s attitude about playing in the centre has been consistent since he was first tested in the role.

“For me personally it’s good,” the Argentine explained in pre-season. “I’m feeling very well, it’s a new position for me but I like it. I like it because I get more touches of the ball and can help the team keep possession. It’s good to start to play, to get the minutes and I feel like I’m ready for the new season.”

Lanzini demonstrated his defensive aptitude in West Ham’s extra-time win over Sevilla in the Europa League round-of-sixteen, making a last-ditch tackle on fresh-legged Rafa Mir in the 97th minute. With the Spanish side on the counter attack, he executed a perfect sliding challenge as the Hammers’ final line of defence roughly, roughly 40 yards from goal. It was a key moment in the series and integral to West Ham’s advance to the quarter-finals.

“I think he’s a changed player because of the injury and he has had to adapt,” said Moyes after the match. “He is closer to a midfield player now than a No 10. I know we’ve to play him higher up, but he’s had to adapt and change, and I am pleased for him.”

Illustrative of his evolving role in East London, Lanzini’s tackle on Mir is the type of play that powered his return to the national squad for recent World Cup qualifiers against Ecuador and Venezuela. While the Ituzaingó native’s transition to a deeper position is ongoing, his performances this season suggest he is well-equipped to slide into the No. 8 role on a full-time basis.

Lanzini ranks favourably in key pass and carry metrics when compared to midfielders from Europe’s big five leagues. He has completed 90.7% of his passes over the last 365 days and averages 6.33 progressive caries per 90.

His short- and medium-length distribution is tidy. He completes an average of 28.93 short passes per 90 with a 94.8% success rate. He is a less prolific passer between 15 and 30 yards: completing 94.8% of the 22.84 intermediate distance passes he attempts per 90.

Lanzini’s long passing is effective, albeit untested. His hit rate (75.3%) sits within the 73rd percentile of big five league midfielders, but it’s worth noting he only attempts 5.24 long passes per 90 due to his role in Moyes’ system.

Most of the Argentine’s shot-creating actions come from passing, though he averages a respectable 1.73 carries into the final third per 90. As a result, he is an active participant in West Ham’s playmaking, tallying 68.93 touches per 90.

Lanzini’s defensive impact is comparable to central midfielders of a similar playing style. He has completed 17 of 24 tackles attempted this season, including a 29.7% success rate on the dribble.

While the former Fluminense midfielder is an active presser (19.84 per 90), he isn’t very effective at it (26.2% success rate). Interceptions aren’t a strong part of his game either: he ranks in the 14th percentile of big five league midfielders with 1.17 per 90.

However, all of that is to be expected of a No. 10 at the start of his journey into central midfield. If Lanzini’s coaches surround him with competent ball-winners, his skillset is eminently transferable to a deeper role.

Frenkie de Jong, for example, makes fewer tackles, interceptions, and blocks than Lanzini per 90. He’s also a less successful tackler than the West Ham midfielder, coming in with a 25.6% success rate, and only marginally more effective as a presser.

In other words, it isn’t naïve to suggest Lanzini’s future is as a central midfielder – especially if deployed alongside ball-winners or box-to-box performers.

With just a year left on his contract in East London, 2022-23 will be an important season for Lanzini. His task is relatively straightforward: tie down a spot in the first team and earn a lucrative contract. That, of course, is easier said than done – but he’s done it before and has finally put his injury woes in the rearview mirror.

Importantly, it’s about time the discourse on Lanzini moves on. It’s overly reductive to regard his career as being underwhelming because his rejuvenation under Moyes is a testament to his raw ability and mental fortitude.

Lanzini has got plenty left in the tank: his story isn’t finished yet. Give him time to write another chapter.