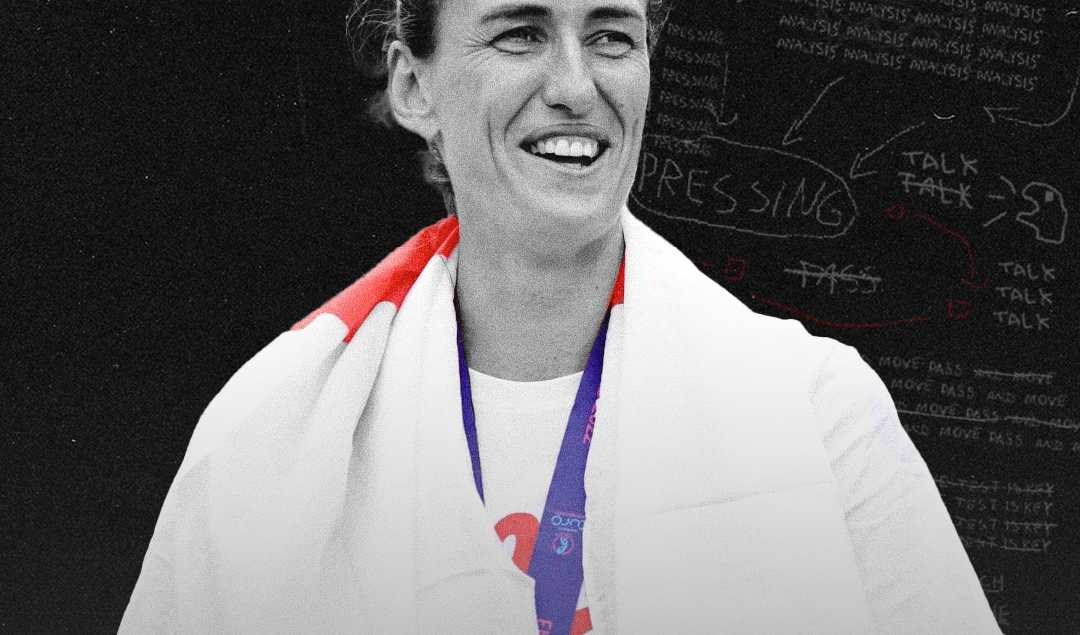 Every so often a player retires from football, and it hits you just how much they have impacted your love and enjoyment of the game. This happened to me very recently…

As the final whistle went at Wembley Stadium, the crowd erupted in sheer relief, it was over. England were European Champions! There is a fantastic image taken seconds after the whistle of every single member of the Lionesses squad running towards one player to celebrate. That player was Jill Scott.

The former Manchester City midfielder was the only player in the Euro 2022 setup to have been involved in the 6-2 drubbing suffered at the hands of Germany in 2009. Whilst this victory very much felt like it was to inspire future generations, it was also a way of drawing a line under the past.

There was an unspoken acceptance that this would likely be Scott’s ‘last dance’, though she still had plenty to offer when brought on as a substitute. Every time she entered the fray there was an emotional edge that hadn’t been seen previously at 35, she had clearly decided that this was going to be it.

In many respects this is a perfect time for a legend of the game to bow out, it feels like everything she has put into it has finally come to fruition. From playing in the local boys’ team as a youngster as there was no teams for girls back then. The 160-mile drives she used to have to undertake from Sunderland to Liverpool whilst playing for Everton and still working as a coach back in the North East just to make ends meet.

Stopping off at service stations along the way, living on Dairylea Lunchables and Yazoo milkshakes. Sleeping on friend’s sofas or floors just to get to training. Her commitment to the game was unwavering and this summer she finally got her reward.

I first became aware of who Jill Scott was during her early days at Everton. Women’s football was rarely on the television in England but people were vaguely aware of the likes of Kelly Smith and the Arsenal team that went on to do the quadruple. I was about 12 years old, it was the 2006 Women’s Community Shield, Arsenal against Everton at Alexandra Stadium in Crewe.

Arsenal ran out 3-0 winners, but I just remember there was this really tall midfielder for Everton who chased every ball as if it was the Champions League Final. She had this grit and determination which was infectious, she played with her heart on her sleeve, and I loved it.

Yes, there were incredibly technical and gifted players on that pitch such as Kelly Smith and Rachel Yankey but there was just something about Jill’s never-say-die attitude that I was drawn to. From then on, I followed her career with great interest.

With the formation of the WSL Jill Scott went on to win the league title and league cup with Manchester City. Whilst she enjoyed success on the domestic stage, the pain of 2009 still rankled. We always talk about how ‘golden generations’ need to win trophies to qualify their status as said golden generation.

It’s fair to say that the England team of 2009 and again of 2011 was a golden generation, but they never really stood a chance due to the lack of investment and interest in women’s football back then. As the quality of coaching within the England setup improved so it the performances on the international stage but it wasn’t until Sarina Wiegman that the Lionesses could get it over the line and grab that well-deserved win.

As the social media age allowed for more of an insight into the players’ personalities, it is clear to see how much the players loved being around Jill, both at the club level and internationally. Even now, 14 years on from her England debut, she was still at the heart of the team.

Jill Scott sums up everything that is great about this England team, her steely determination, unwillingness to ever give up, and of course her absolutely unrivaled silliness.

Whenever anything remotely ridiculous was happening, she was at the heart of it, case in point being she was the mastermind behind the Lionesses gate-crashing Sarina Wiegman’s post-final press conference with a chorus of Three Lions which gave us the iconic image of goalkeeper Mary Earps punching the air stood on the table whilst Wiegman tried desperately to ensure she didn’t fall off.

It’s difficult to imagine an England team without Jill Scott in it, she has been the heartbeat of the team for the last 14 years. Her quiet leadership through humur and total commitment to always leaving everything on the football pitch has been a joy to watch as a fan.

The best way to sum up her importance to this team was at the Trafalgar Square celebrations, host Alex Scott asked Lucy Bronze what made this England team special. Her response?  Jill Scott.

It’s as simple as that. Jill hasn’t been the most technically gifted player we’ve ever seen in an England shirt but that doesn’t matter. Jill Scott is the type of player who reminds you why you love this game.

She’s the one who ran endlessly, chased every lost cause, and went into every tackle as if it was her last. She is one of the reasons why I love football so much and for that, I am eternally grateful.