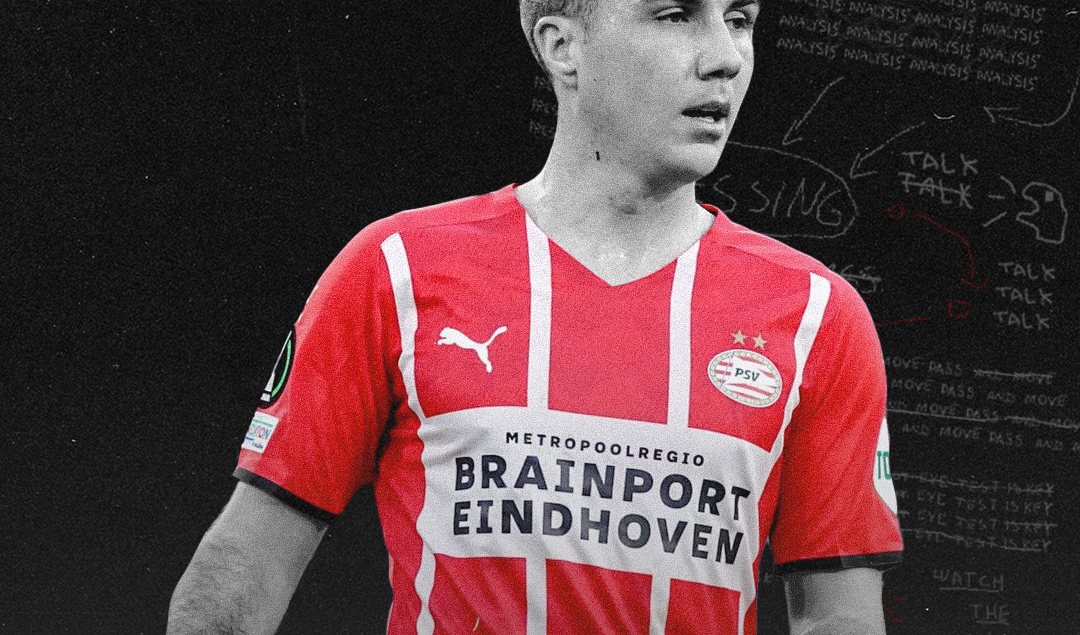 It’s the transfer deadline day in the summer of 2020. Whilst everyone was counting down the last few hours of the 31st of August, something popped up on Twitter. A picture, of a person in a big, black car. A local person in Eindhoven quickly took a picture because he was wondering if it could be a new player.

Such a unique car doesn’t drive in the streets of the local snack bar, where the person snapped a photo to find out who was the driver. As you could vaguely see which player it was, the owner of the snack bar quickly called for his daughter to run after the car to try and see who it was, and perhaps give confirmation of the player that was slightly visible in the picture.

The confirmation was given, and it appeared to be the one and only Mario Götze. The German playmaker who scored the winning goal in the World Cup final of 2014 against Argentina. The 5-time Bundesliga champion, 4-time DFB-Pokal winner and the person who brought the World Cup to his home country.

Why was he in Eindhoven, on this day and at this time? That could only mean one thing. “But there is no way he would sign for PSV?”, is what every PSV-fan was wondering at the time.

Well, just a few hours later, late in the evening, PSV announced the signing of Götze. A one-of-a-kind signing that PSV probably won’t repeat for a long time. Such a prestigious player that would move to the Eredivisie? It was unheard of in the Netherlands.

Götze’s contract at Borussia Dortmund ran out and the now 30-year-old still wanted to play at a relatively high level and also play in Europe, even if it is just the Europa League. As Götze is also a real ‘family man’, he didn’t want to leave his wife and newborn son behind in Germany or have to travel to a completely new environment with them.

As PSV is relatively close to the border between the Netherlands and Germany, and the new German coach Roger Schmidt already knew Götze, and the attacking midfielder was convinced to sign for PSV. Götze immediately scored on his debut for PSV in a 0-3 away win to PEC Zwolle. At the end of the first season, the German scored 6 goals and gave 7 assists in 25 matches in total.

He did have a few injuries throughout the season, which ruled him out for at least 12 matches in the Eredivisie, alongside missing a few games in the KNVB-Beker, which is the Dutch cup, and the Europa League. PSV finished second in the 2020/21 Eredivisie season and managed to get through the Europa League group stage, but ended up getting knocked out by Olympiacos in the following knockout round.

It wasn’t a bad first season, but it was fair to say that PSV fans had expected a little more from Götze, although it is a fair shout to say that the formation and tactics that Schmidt wanted to implement were still not working fluently after the first full season. PSV mostly played in a 4-2-2-2 formation, with Götze playing as an attacking midfielder on the right side of the pitch most of the time.

The 2021/22 season started off well for Götze, who scored two goals in the first leg of the second qualification round against Galatasaray, with PSV winning 5-1 after the first 90 minutes. Götze gave an assist in the second leg as well, which finished in a 2-1 victory. The 4-2-2-2 formation got switched up to a 4-2-3-1 formation, with Götze playing in the centre as an attacking midfielder for most of the season.

But even though Götze had a few goals and assists on the European stage, it took him until the start of the second half of the Eredivisie season to score his first goal, whilst having only given 2 assists so far in the league as well.

Götze ended up with 12 goals and 11 assists in 52 matches in the 2021/22 season. He played 29 games in the Eredivisie and scored 4 goals and gave 4 assists as well, which was quite a disappointment for many PSV-fans. The club luckily gave him a new contract at the start of the season, as his contract would have expired by the end of this season.

As there are many rumours that Götze might be leaving PSV this summer, PSV could potentially still get a few million euros for him, which could possibly recoup his salary from the last 2 seasons at least.

After manager Roger Schmidt moved to Benfica in Portugal, there are many rumours that Götze might join him at Benfica, as Schmidt was also a key factor to have Götze sign for PSV. AC Milan also seem to be interested, but the likelihood of the German playmaker to join Benfica is much bigger.

Even though he might not have delivered what was maybe expected of him when he signed for PSV, Götze was still one of the better players in the squad. Of course it’s not to be forgotten that he had a metabolic disorder in 2017, which ruled him out for a few months and meant he will never reach the physical state he had before the diagnosis.

He is obviously still able to reach a high level in comparison to other footballers perhaps, but it might have had a bigger impact on Götze than people actually know. This would also be a reason why he never got back to his previous highs he had before the 2016/17 season.

He didn’t play as much at Borussia Dortmund in the latter stages of his second stint at the club, although they did give him a new contract to sign. Götze rejected the offer because he wanted guaranteed playing time, which he obviously got at PSV.

Now two years later, it’s unknown if Götze will continue his journey at PSV. A lot of fans would want him to stay, but he would need to step up his game by scoring more goals and assists.

Of course, there were plenty of times where you could see his excellence in ball control, dribbling in tight spaces and his intelligence, but most people nowadays mainly base things off stats and the amount of goal contributions a player has at the end of the season.

On the latest Cortalinhas podcast, I asked @RikElfrink which PSV player is most likely to join Roger Schmidt at Benfica.

The signing of Mario Götze hasn’t been a failure, but more of a slight disappointment. He could still turn it around in the next season, but that is of course if he decides to stay for another season.

If he does join Benfica, then they will have a decent player on their hands who will immediately know what Schmidt expects from his players and how the formation and tactics will look like during the reign of Schmidt at Benfica. Whether he can get back to the previous heights he once had at Dortmund and Bayern Munich, is yet to be seen.