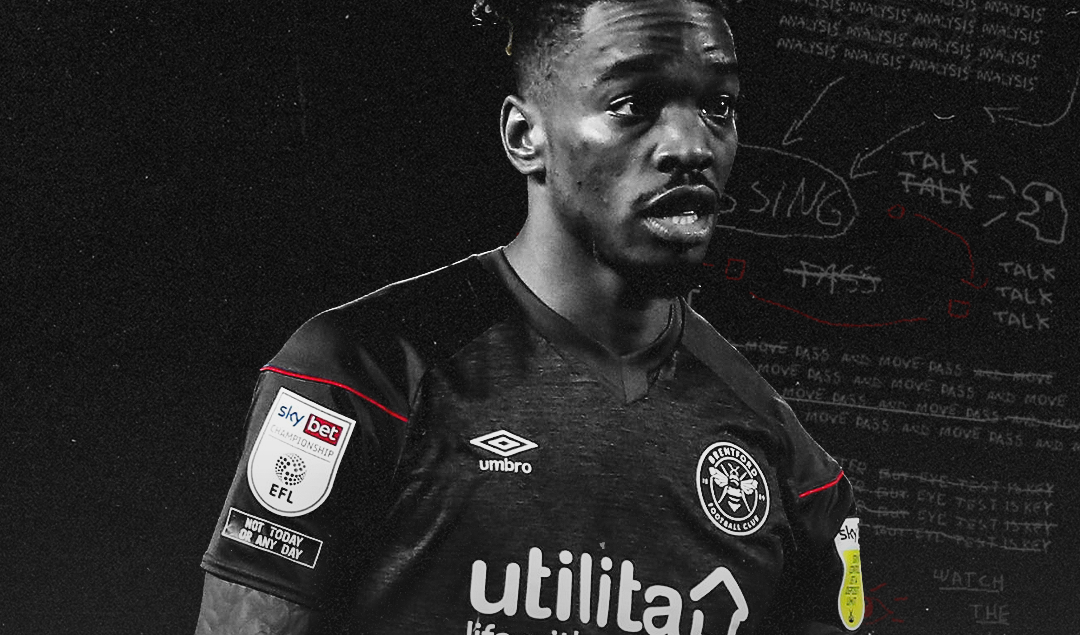 In the past few months, it has become ever clearer that Steve Bruce isn’t the right fit for Newcastle United, and this has been highlighted by the untimely hamstring injury to the Magpies’ star man, Callum Wilson. However, Bruce and Newcastle’s season may have involved more success had the North Eastern side chosen to hold on to Ivan Toney, who was sold to League One Peterborough United for £390,000 in August 2018.

This season, Toney has shown Mike Ashley the severity of his mistake by scoring 27 goals and contributing 9 assists in 35 games in the Championship for Brentford, who under Thomas Frank, are pushing hard for promotion for the second season in a row after narrowly missing out to Fulham at an empty Wembley Stadium in the Championship play-off Final last July.

While Wilson has been a fantastic signing for Newcastle, scoring 10 goals this season (which is more than a third of all the goals the Magpies have scored), when Toney has been linked to most clubs in the Premier League (including Leicester, West Ham and Arsenal) it’s clear that they would be doing better had they put their faith in the 24-year-old.

Mike Ashley is one of the most infamous businessmen in the UK, owning Sports Direct and House of Fraser while tending to pay his staff the bare minimum, and he has been on the end of over a decade’s worth of scrutiny while owning Newcastle United, with fans criticising his lack of ambition in the transfer market and in his managerial appointments while he certainly runs the club like a brand rather than the family that Geordies tend to view it as.

The sale of Toney represents another mistake and one which can be reflected in the sales of other promising players such as Florian Thauvin (who is now one of Ligue 1s biggest talents), Adam Armstrong (an academy graduate who has scored 35 goals in 2 seasons for Blackburn in the Championship), Mikel Merino (one of Real Sociedad’s standout performers), Kevin Mbabu (a promising Swiss International) and James Tavernier (a right-back who’s helped Steven Gerrard’s Rangers to their first Scottish Premiership title in ten years while scoring 17 goals and contributing 15 assists in all competitions).

The sale of Toney conforms to the pattern of talented players being sold on for minimal fees from Newcastle United and the 24-year-old looks destined for the Premier League while Newcastle look to be sleepwalking towards their third relegation during Ashley’s 14-year tenure at the club. Although he is playing in a lower division, it is clear that he would be, at the very least, a reliable backup option in attack, and at the very best, a goalscoring menace.

Toney became the youngest player to represent Northampton Town when he made his debut for his hometown side in 2012 aged 16. In the next three seasons, the teenager scored 13 goals for ‘The Cobblers’, an impressive return considering his age which led to his £360,000 transfer to the Premier League and Newcastle United in 2015. His standout moment for the Midlands side was undoubtedly his header in a 3-2 away win against Wolves in the first round of the League Cup and Toney was all set to join Wolves in November 2014 but he failed the medical meaning his destination was Newcastle 7 months later.

While Toney made his Premier League debut in September 2015, his story is certainly one of a journey through the EFL (which will hopefully end with Premier League goals and appearances) as between November 2015 and May 2018, he was loaned out to clubs across the EFL six times, enduring limited success at Barnsley in his spells there while he did manage to score a respectable 12 goals in both the 2016/17 and 2017/18 League One seasons for Scunthorpe United, Shrewsbury Town, Wigan Athletic, and then during another spell at Scunthorpe with each move lasting half a season.

However, when Toney returned to Newcastle, he was deemed not good enough to succeed in the Premier League, so the club decided it was best to sell him on, making a minimal profit on the fee that they had originally paid for him. Toney therefore made the move south, to Peterborough and back to League One where he had started to find some goalscoring form.

This would prove to be a perfect move for the then 22-year-old as he needed stability and a team in which he could grow and develop at, so a permanent move to the league which he had started to get the hang of proved to be a vital part of his development. In his first season for Peterborough, Toney was given the opportunity to play all 44 games and repaid his managers (Steve Evans was replaced by Darren Ferguson half-way through the season) with 22 goal contributions, meaning he scored or assisted a goal in very other game he played for ‘The Posh’.

The 2019/20 season proved to be even more rewarding for Toney as despite League One being cut short by 12 games due to the COVID-19 pandemic, he still managed to score 24 goals and contribute 6 assists from his lone striker position in just 32 games, a feat which grasped the attention of Brentford and Celtic both of whom were thinking about replacements for their star strikers (as at the time Odsonne Edouard looked to be leaving The Bhoys).

However, Edouard stayed at Celtic while Ollie Watkins left Brentford for Aston Villa meaning that on September 1st 2020, Toney moved to Brentford for £5.6 million. Brentford are heralded for their excellent recruitment strategy and in recent years they have sold Neal Maupay, Saïd Benrahma, Ollie Watkins, Ezri Konsa and Chris Mepham for big money while managing to effectively replace each one.

Toney is perhaps the pinnacle of The Bees’ successes in the transfer market as Watkins was sold for around £34 million (including add ons) after scoring 25 goals in the Championship last season, yet his replacement (who was bought for a fifth of the price) has already outperformed him, scoring 27 goals with 8 games still to play meaning he looks set to break Glenn Murray’s record of scoring 30 goals in a single Championship season. The West London side therefore improved on Watkins’ output while gaining an extra £25 million.

This season, he has proved that he is a talisman with superb goalscoring and finishing abilities and he certainly suits Brentford’s expansive style of football, while at Peterborough this was also seen through his successes in the 3-4-1-2 formation. Toney also seems to have the valuable ability to get plenty of chances and he is a threat in the penalty area as well as from outside and also with his head.

One of the main features of Toney’s game is his ability to make direct runs that target the space in behind and between the opposition centre-backs. The runs that Toney makes come from a variety of situations such as balls from out wide where he drifts in between the centre-backs, but also from long passes from Ethan Pinnock or Christian Nørgaard which he can receive through his pace.

The striker’s runs are intelligent as he is always looking to occupy space and never be man-marked, which makes him extremely hard to defend against, in this way he is similar to Michail Antonio as these kind of runs and movements behind the defence represent a sense of unpredictability which is tough to read and manage with and Toney certainly possesses a trait which will allow him to succeed in the Premier League.

Toney’s most exciting trait is undoubtedly his finishing ability and he is certainly better than Ollie Watkins and Patrick Bamford when it comes to finishing, standing him in good stead for his time in the Premier League which will undoubtedly come. However, aside from his finishing ability, Toney is still a very good player and he can certainly drop deeper and link up play, a trait which is firmly displayed in his 9 assists this season, while he also completes 1.1 key passes p90.

Toney has already been linked to a plethora of clubs in the Premier League and should Alexandre Lacazette leave Arsenal then it’s likely that Mikel Arteta will look at Brentford’s star man while Jamie Vardy’s age may tempt Leicester into acquiring Toney. Should Brentford be promoted to the Premier League it is very unlikely that they’ll entertain bids for the Englishman however, and if they do, it would most likely have to be upwards of £40 million.

If they remain in the Championship, the Brentford hierarchy would most likely be willing to let him go for around £35 million with Marcus Forss waiting in the wings for a starting spot after appearing off the bench regularly this season (scoring 10 goals in all competitions) and scoring 11 goals while on loan at AFC Wimbledon in League One last season.

Toney’s most likely destination could be West Ham United due to the fact that they are financially well off (and look set to spend big this summer), while Antonio is their only striker, and with him being 31 and very injury prone, David Moyes will surely be looking for a competitor this summer in the striker role and Toney could be his man. The fact that they are knocking on the door of Europe also improves their stance and Toney could be tempted to make the short journey across the capital should he fail to lead Brentford to promotion this season.

The way in which Ollie Watkins and Patrick Bamford have transitioned from the Championship to the Premier League this season also shows that Toney could be set to have a big impact in the Premier League. Bamford has looked twice the player he was in the Championship, while Watkins has helped Aston Villa to compete in the top half of the league while making them less reliant on Jack Grealish. Both are now firmly in the running for England’s third striker spot for the Euros behind Harry Kane and Dominic Calvert-Lewin meaning that Toney could be in a similar position in a year’s time.

Ivan Toney has proved that Newcastle were wrong to let him go in 2018 by having 3 fantastic years in the EFL; 2 with Peterborough who just missed out on promotion due to COVID-19 in his second year, while this season with Brentford he has undoubtedly been the Championship’s best player and is certainly destined for success in the Premier League with The Bees or any other potential top flight suitors this summer.