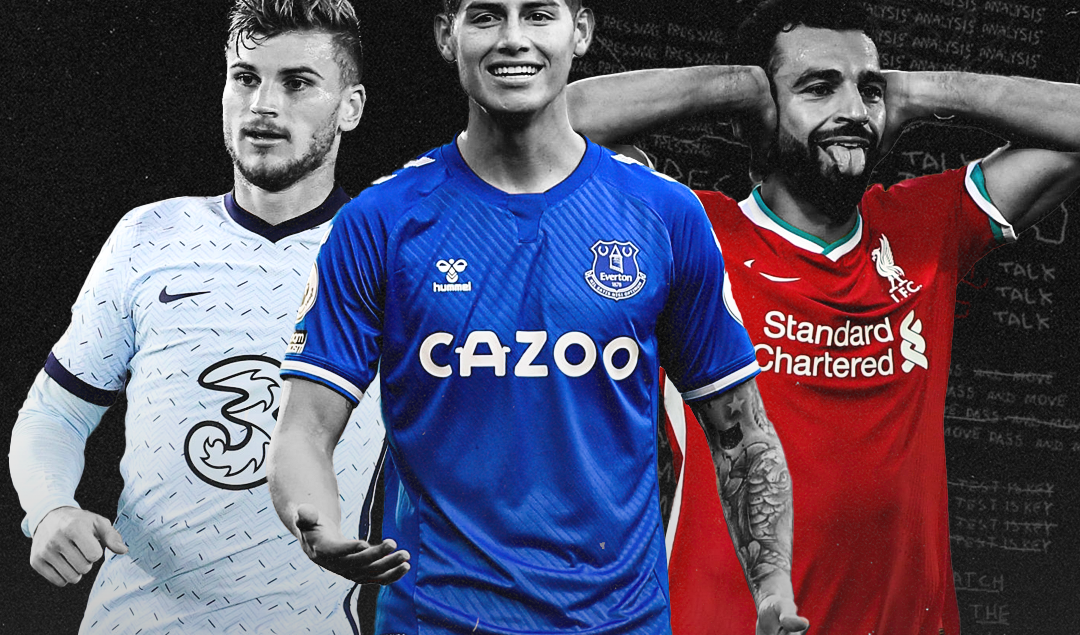 Matchday Two brings several interesting plot points after the opening weekend of the Premier League. Which club can build on a positive start, who is already in crisis mode and who can spring a surprise? Time to look at the predictions.

Many were impressed at Everton’s win at Tottenham on Sunday. The trio of new signings in Allan, Abdoulaye Doucouré and James Rodríguez all featured – with the latter playing wonderfully in attack by creating the most chances (5) and diligent in his defensive duties by making the most interceptions (4) in the game. Saturday’s early kick off is a chance for Everton to build on their good start and turn some of these created opportunities into goals. 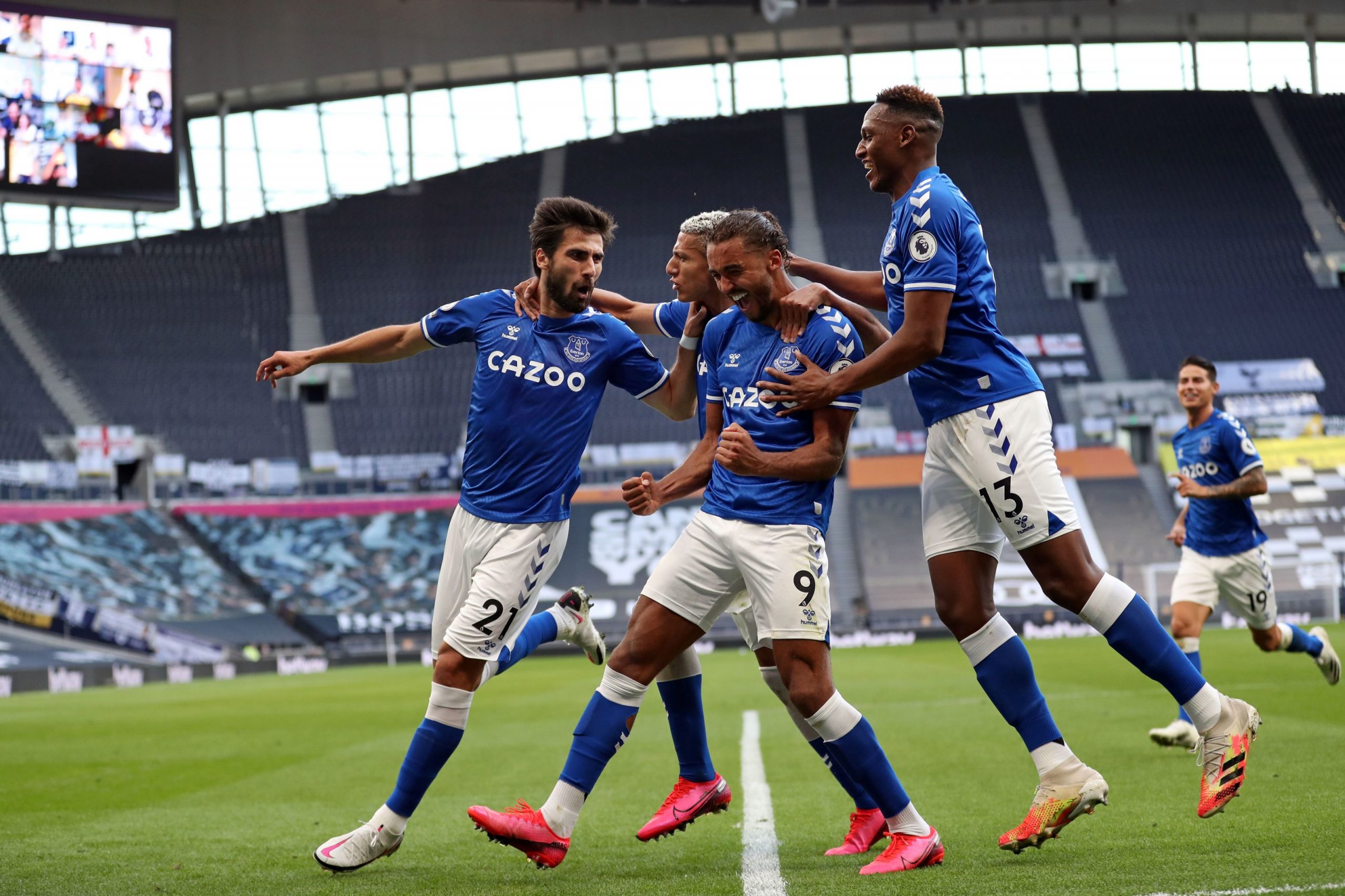 As for West Brom, their heavy defeat to Leicester City on Sunday rang alarm bells, especially when achieving just one shot on target. Many observers already tip the Baggies for relegation, so another heavy defeat at Goodison Park will compound things, with Chelsea their next league game. Therefore, manager Slaven Bilić will demand a marked improvement from his players, the arrival of experienced Branislav Ivanović a good start.

The Toffees to turn on the style.

Despite losing, Leeds United won several plaudits for the way they attacked Liverpool, a point at Anfield would have been just reward if not for Rodrigo’s errant challenge. Facing Fulham at Elland Road on Saturday is a key marker if Leeds want to avoid relegation and defeating teams likely to be in the bottom seven is a must.

Nevertheless, it’s almost a certainty that Marcelo Bielsa will play the same brand of football, but the Argentine would prefer his Leeds side to cut out the defensive errors like conceding two penalties. 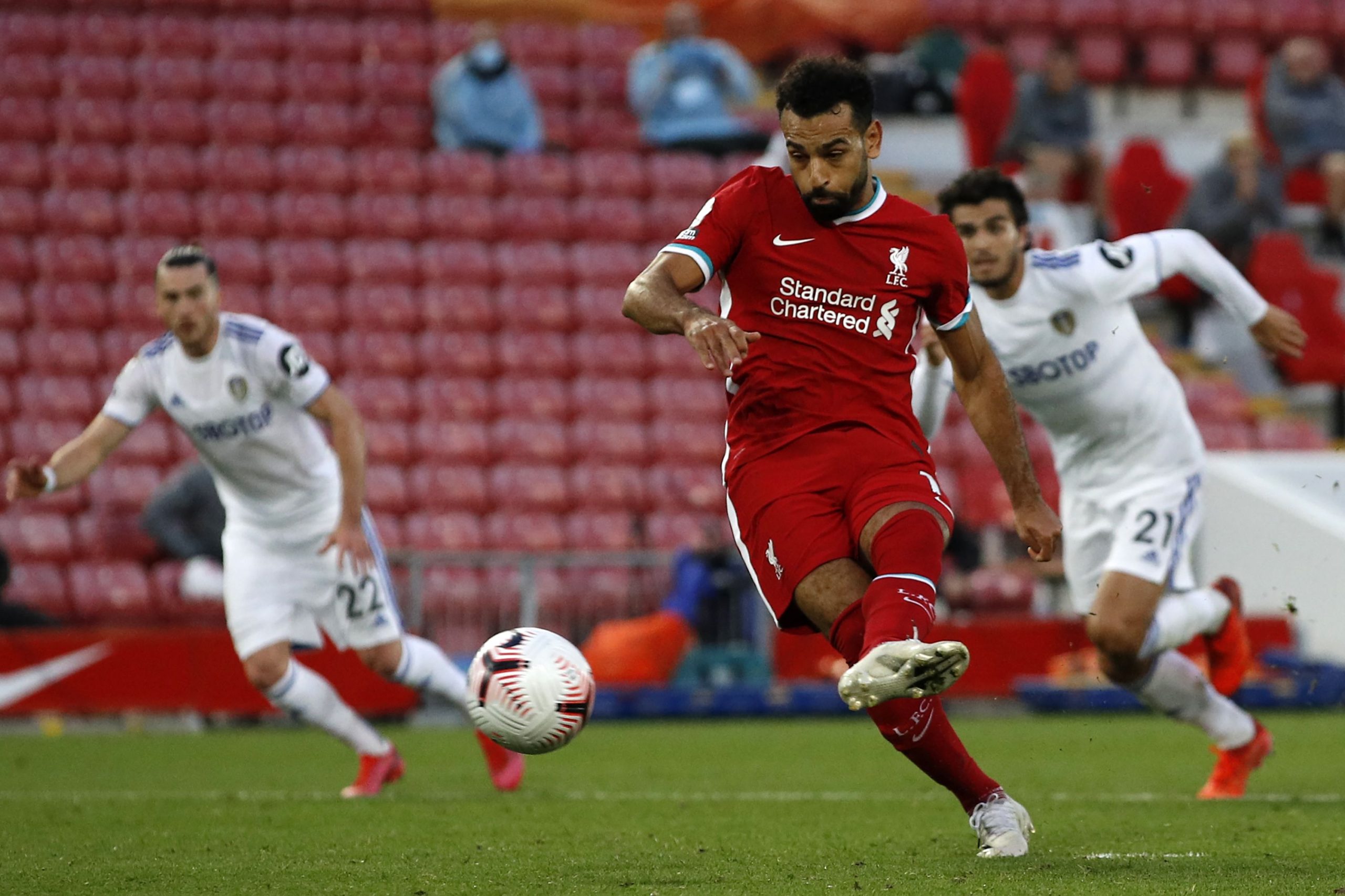 As for Fulham, their opening day defeat to Arsenal was a concern, being largely outplayed for most of the game. Undoubtedly, the return of Aleksandar Mitrović to the starting line up should boost the Cottagers against Leeds, both well acquainted with each other well from the Championship. However, if Fulham repeat their defensive errors or afford time and space to Leeds’ creative players like they did to Arsenal, it could be a very long afternoon.

The first points on the board for Leeds.

With only one signing in Donny van de Beek in the transfer window so far, there are several interesting subplots ahead of Manchester United’s opening league game. How will Ole Gunner Solskjaer balance the midfield? Will David De Gea start over Dean Henderson? Will there be any more signings? 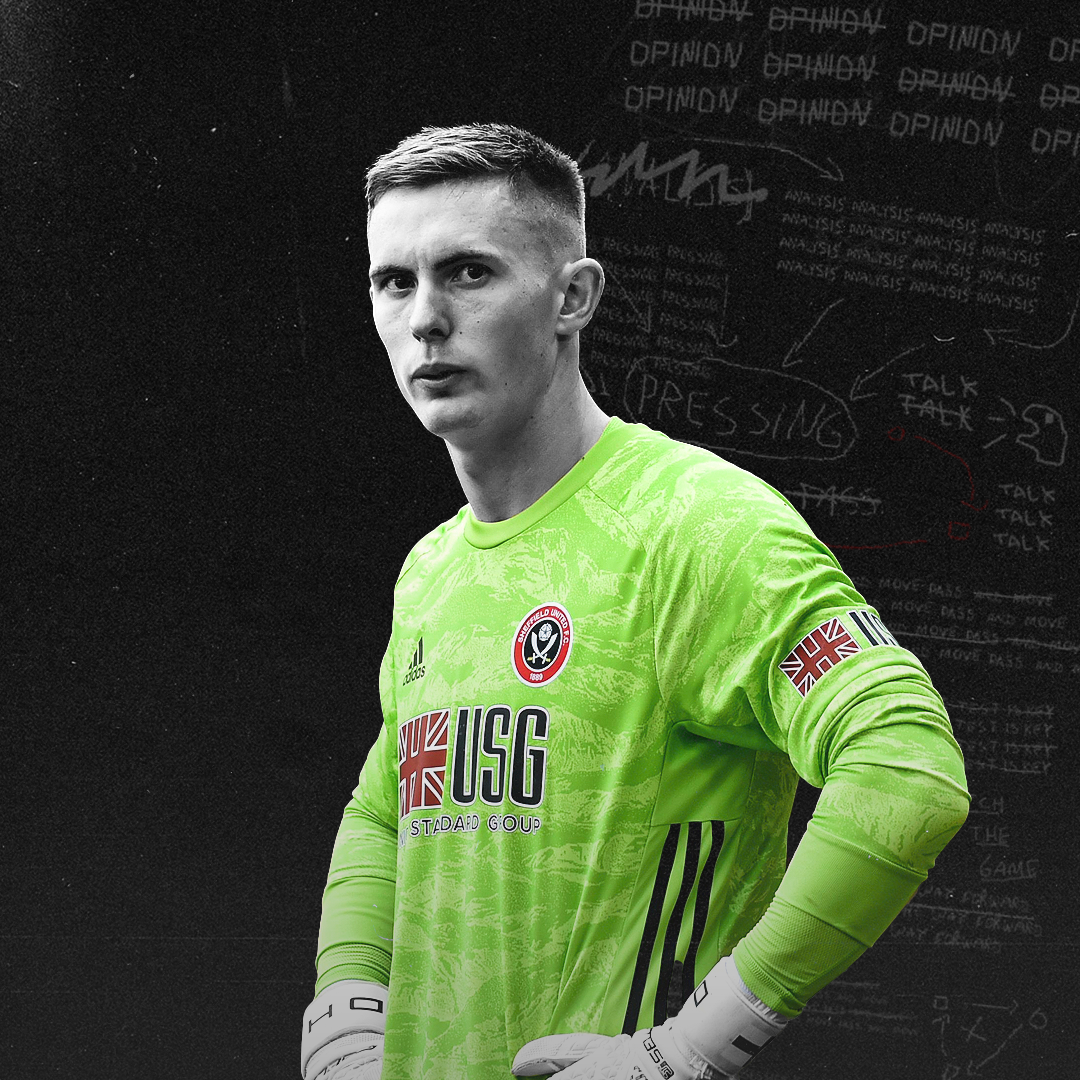 The key thing for Solskjaer is to win on Saturday seeing anything but a win will intensify rumblings among fans at a lack of signings in defence let alone Jadon Sancho. Three points will nip such talk in the bud with three points – at least for a week.

Crystal Palace was indebted to goalkeeper Vicente Guaita for two excellent saves in their win against Southampton and will likely need to count on the Spaniard again at Old Trafford. Any chances that come their way will need to be seized upon or find themselves punished by United’s potent attack.

Having said that, Palace did have a decent record against the so called Big Six last season, taking seven points that included a 2-1 win at Old Trafford last season. So maybe lightning can strike twice.

A sluggish start for Man United but a close win.

An air of real optimism is prevailing in North London. A strong performance against Fulham coupled with Pierre-Emerick Aubameyang’s contract renewal gives the perception that Arsenal might have finally turned a corner under Mikel Arteta. 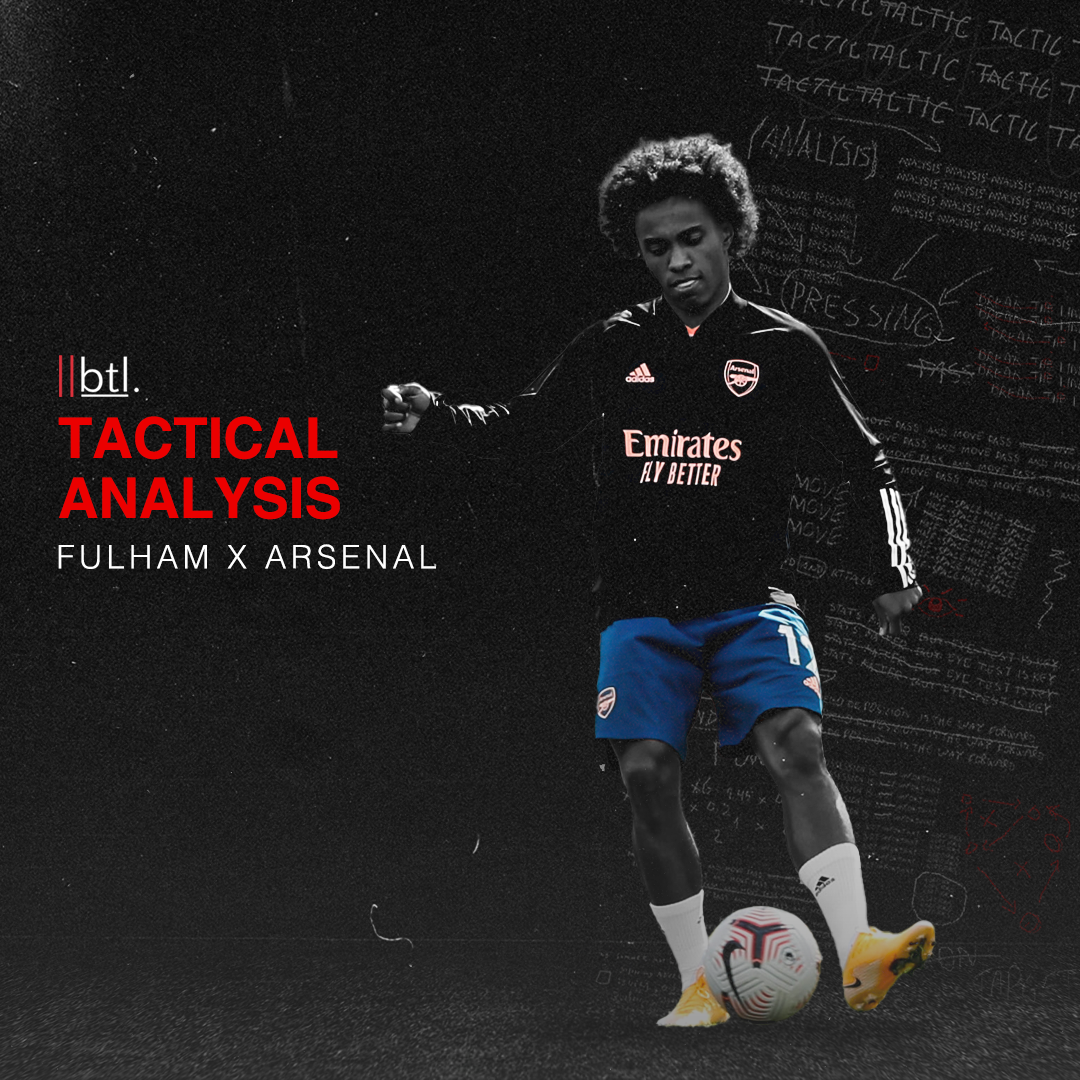 A victory against West Ham on Saturday night would continue the good feeling at the Emirates. It is these types of games the Gunners must win if they want to challenge for the Top 4. Last season they dropped 15 points against the bottom six teams last season.

West Ham are staring into the precipice of crisis mode after losing to Newcastle. Rising fan discontent, lack of transfers, two takeover bids from an American consortium rejected and a fixture list where six of the next seven league games consist of the Big Six teams.

A heavy defeat at the Emirates would further add to the negative atmosphere at West Ham and put further pressure on manager David Moyes.

The Gunners to overwhelm the Hammers.

Southampton manager Ralph Hasenhüttl spoke of the reasons behind their defeat to Crystal Palace – mainly speaking of rustiness via a difficult preseason due to player unavailability. Southampton will want to make sure they are fully prepared for the visit of Spurs on Sunday. 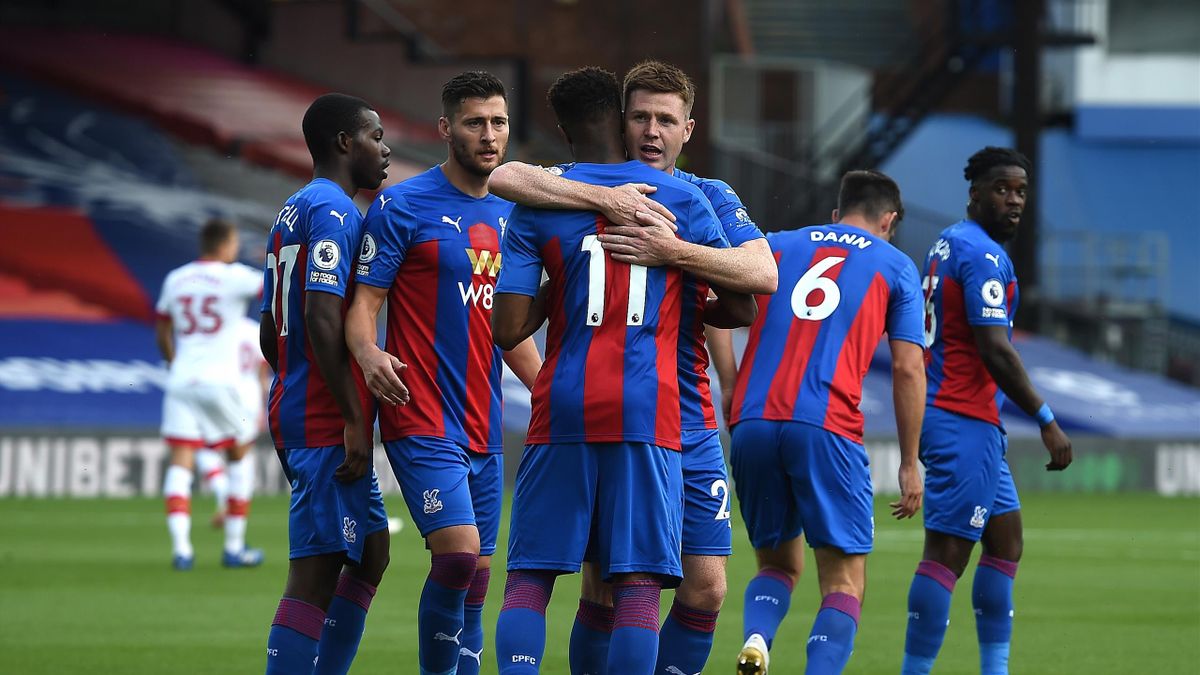 On the bright side, the Saints have a good home record against their opponents, avoiding defeat in their last three league games at St Mary’s. Hasenhüttl will be keen for Danny Ings to be amongst the goals and replicate the form of last season.

Spurs under Jose Mourinho will also want to get back on track, especially after such a lacklustre display against Everton that led to Mourinho unimpressed at his players’ “lazy” pressing.

Repeat such a display at St Mary’s and it will only serve to heighten talk of whether Spurs are a fading force. The possible return of Gareth Bale could be a short term boost though for now Spurs would be happy with three points.

Both sides to get their first points of the season.

Newcastle put in an assured display against West Ham to begin the season on the right track after a difficult off season in regards to the takeover saga. Furthermore, Steve Bruce would have been pleased that his new signings Callum Wilson and Jeff Hendrick got on the scoresheet.

Brighton represents a step up from a West Ham side mired in issues. However, Newcastle will want to break an unwanted record, as they’ve never beaten the Seagulls in the Premier League, their last win coming in February 2017 when both sides were in the Championship. 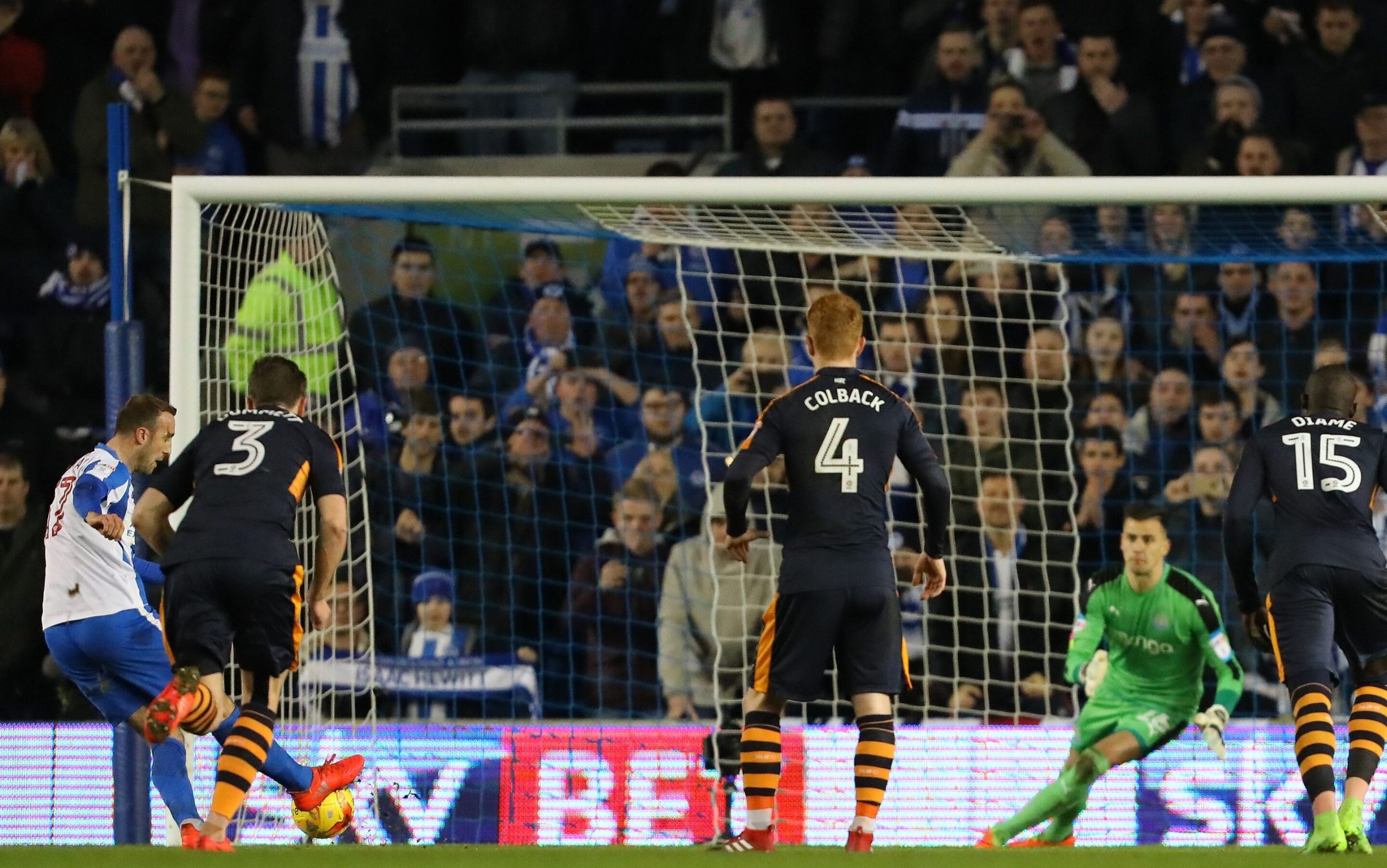 Despite losing 3-1, Brighton played decently against Chelsea on Monday night. Nevertheless, the Seagulls under Graham Potter need to get something at St James’ Park, with many observers tipping them as the third side to go down alongside Fulham and West Brom. A good performance against Newcastle might dispel such notions.

The Seagulls to nick it in the North East.

Easily the game of the weekend and the first real test for both teams who will want to make a statement after problematic opening league wins.

Liverpool were uncharacteristic in committing individual errors against Leeds notably from Virgil Van Djik – a player impervious at the back last season. Yet the front three of Sadio Mané, Roberto Firmino and Mohamed Salah will always bring attacking potency – Salah already bagging a hat-trick vs Leeds. 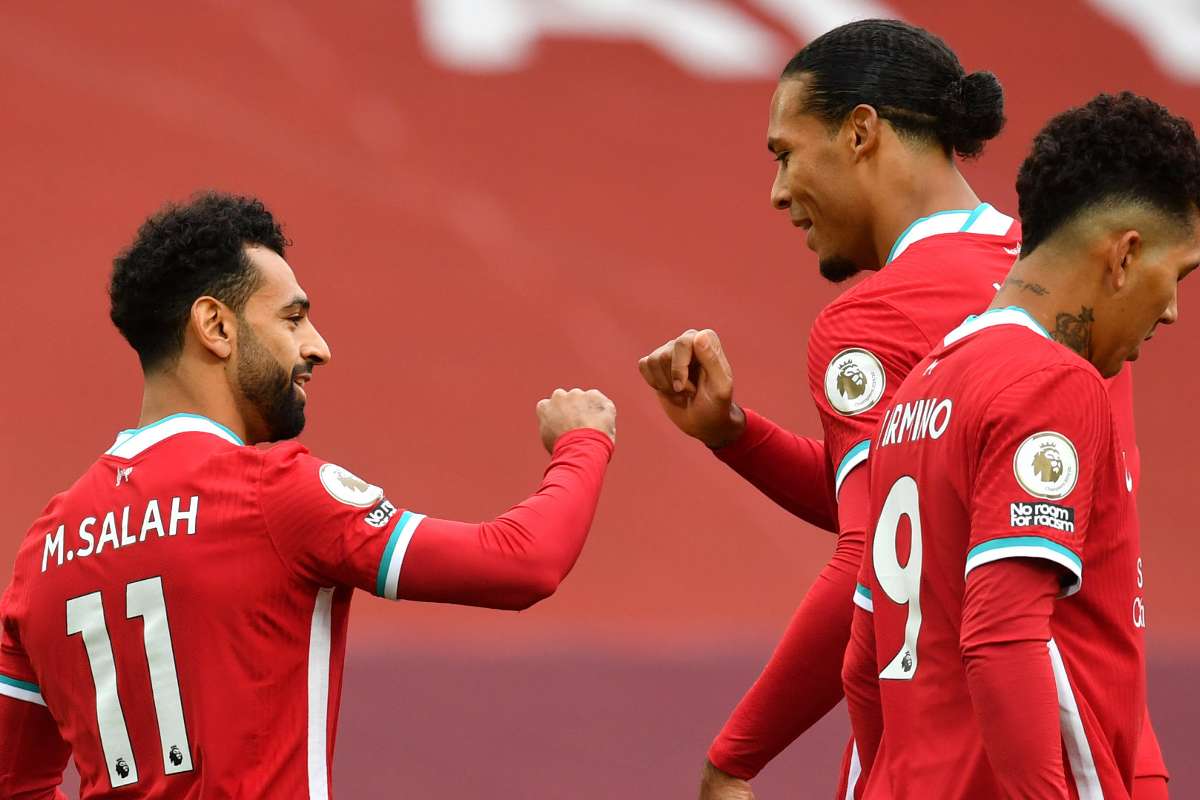 Chelsea beat Brighton though concerns still linger about Kepa Arrizabalaga after his mistake for Brighton’s equaliser. Talks still continue for Rennes’ Édouard Mendy at the time of writing, but having a player low on confidence like Kepa to face Liverpool will worry manager Frank Lampard, despite his public backing in his post-match interview.

In the meantime, it is a chance for Timo Werner and Kai Havertz (Hakim Ziyech likely to miss out) to make a statement of their talents against the league champions.

Liverpool to just nick it in a pulsating encounter.

The Foxes began the season by easily dispatching West Brom. New signing Timothy Castagne has fit in well at right back, scoring the opening goal on Sunday, while James Justin did well enough at left back now Ben Chilwell has departed.

As with the rest of the sides that won their opening league game, Leicester City will want to build on it and banish memories of their capitulation at the latter end of last season. With Jamie Vardy already amongst the goals, the Foxes will be on the hunt. 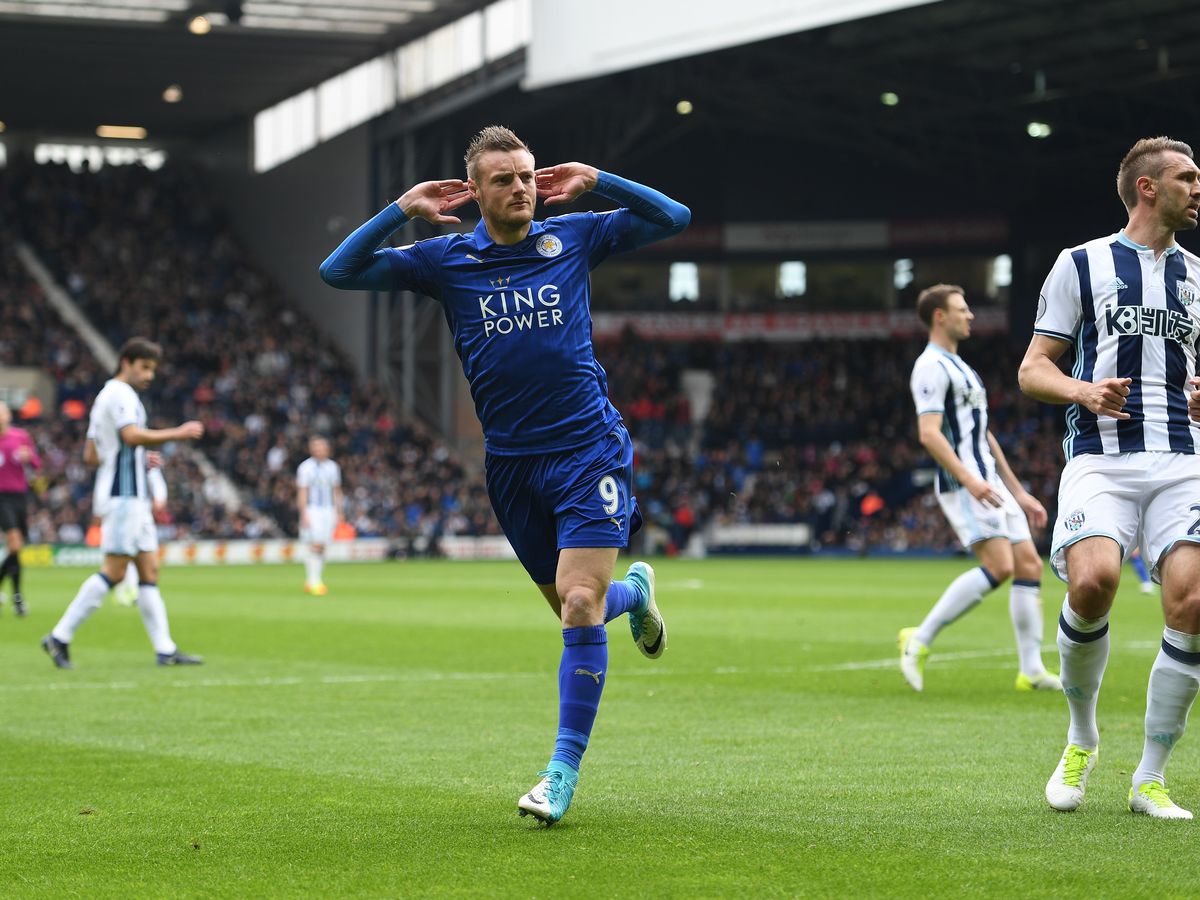 For a club like Burnley to begin their fifth straight year in the Premier League is undoubtedly a great achievement, especially with one of the smallest budgets in the league. However, as they begin their league season on Sunday night, not everything is perfect at Turf Moor.

Players like Jeff Hendrick leaving on a free transfer does not help when only a reserve goalkeeper in Will Norris (from Wolves) has been signed in the transfer window so far. Manager Sean Dyche has produced wine from water in the last few years but a tight squad can only do so much. If no further signings are made then injuries could push Dyche and Burnley to the limit this season.

The Foxes to maul Burnley

There is growing optimism at Aston Villa ahead of the season. Jack Grealish has signed a new long term contract, as well as bringing in Ollie Watkins and Emiliano Martínez. Paying £28 million (up to £33 million based on add-ons) for Watkins is a sizable sum, though for Brentford was prolific in the Championship last season with 25 goals, while Villa’s top goalscorer was Grealish with eight. 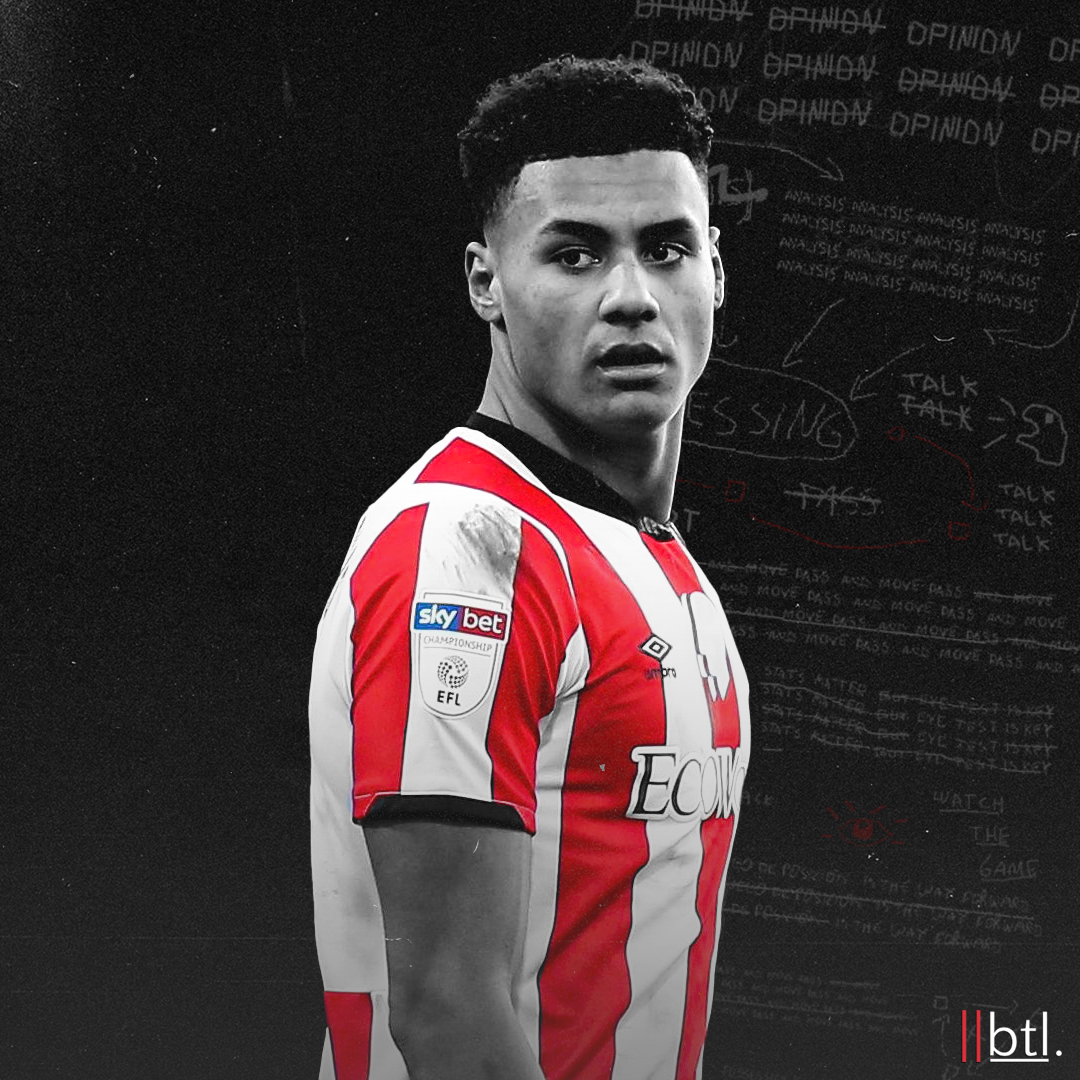 Emiliano Martínez’s arrival will hopefully solve Villa’s goalkeeping conundrum after using three players in goal last season and conceding the second highest amount of goals in the Premier League with 67. Manager Dean Smith will hope his old protégé Watkins can score double figures in his first season, Martínez replicates his form with Arsenal beginning with Sheffield United on Monday.

While Dean Smith hopes for goals, Chris Wilder will hope his side won’t repeat their performance against Wolves, conceding twice in the first six minutes. It was a surprising lapse in concentration by Sheffield United who had the fourth tightest defence in the league last season.

Wilder will hope it was a momentary blip and hope they do not leak goals with the loss of Dean Henderson. Furthermore, he will want his team to score more this season, as the 39 goals scored last season was the sixth lowest in the league, hence being linked for Liverpool striker Rhian Brewster and reportedly submitting a £3 million bid for Arsenal’s Florian Balogun.

A draw though hopefully no VAR malfunctions like last season.

Wolves were very impressive against Sheffield United, displaying their attacking prowess and quickly killing the game off in a matter of six minutes. It has been a good week for the club, as Nuno Espírito Santo penned a new contract at Wolves until 2023.

They will be looking to try and surprise a Manchester City side playing their first game of the season. With Raul Jiménez already in form, defeating Manchester City would definitely send a message, as Wolves harbour ambitions to break into the Top 6. 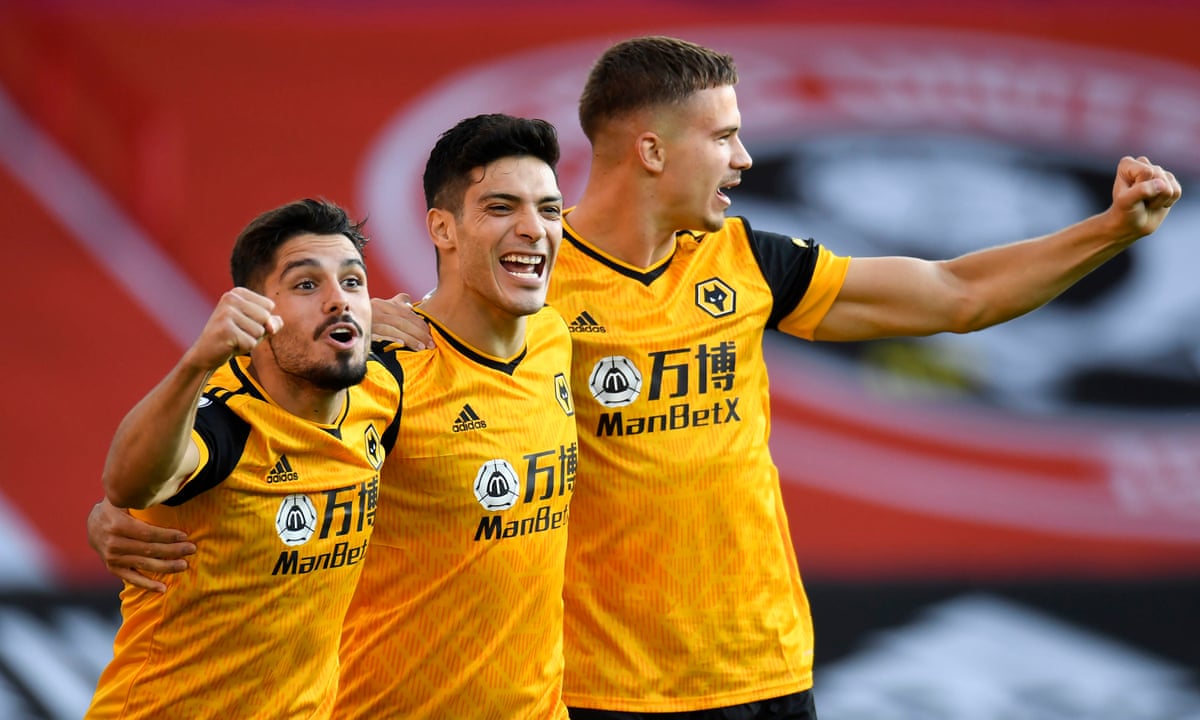 As for Pep Guardiola, the pioneering coach will try to silence growing doubters after failing to win the Premier League or Champions League last season. Away to Wolves is a good examination of new signings Nathan Aké and Ferran Torres. If utilised at Molineux it might provide a few answers to the questions of whether they can adequately replace Vincent Kompany and Leroy Sané respectively.

With Guardiola’s contract ending in June 2021, questions might be asked if he doesn’t sign a extension in the coming months. Improved form in the league might alleviate rumours even if their focus is on the Champions League.