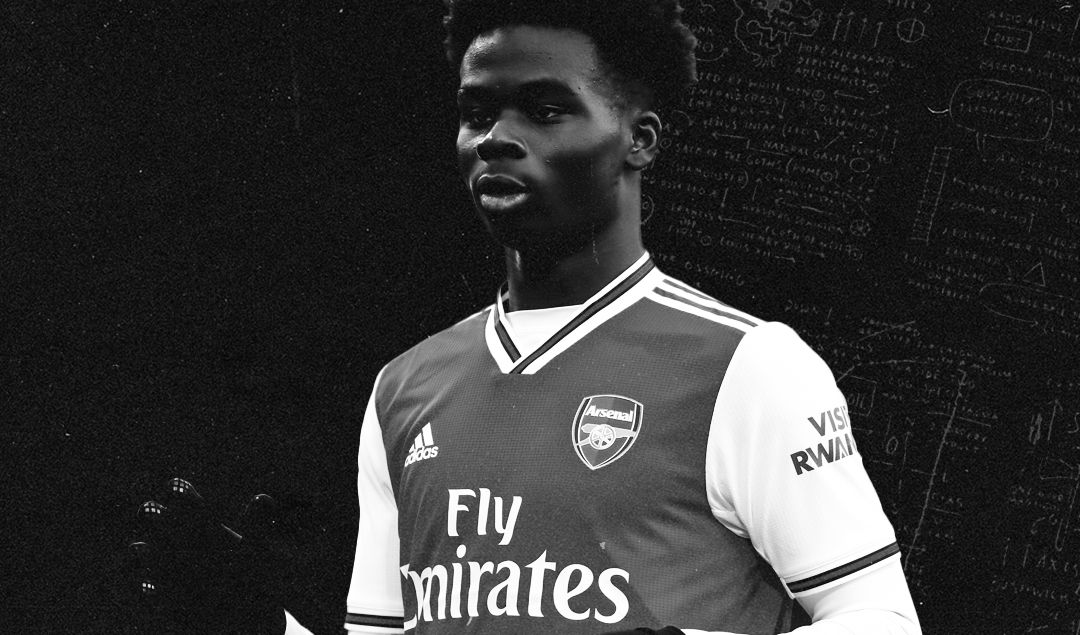 From David Bentley to Carlos Vela to Jermaine Pennant, many teenage prospects have dazzled Arsenal fans with their skill and dynamism. But few have showcased the professionalism and mental strength that Bukayo Saka has since making his debut at 17 years of age in a Europa League fixture in Poltava, Ukraine.

Since coming on as a substitute for Aaron Ramsey on that frigid November night, Saka has broken into the first team under Unai Emery and become a full-fledged starter under Mikel Arteta.

Before football was halted by the COVID-19 pandemic, Saka seemed to be a temporary fixture in the line-up, a short-term solution at left back before Kieran Tierney regained full fitness. The day after Arteta was unveiled as Arsenal’s new head coach, Saka was named in the starting eleven against Everton, playing on the left side of a defense that included Ainsley Maitland-Niles, Callum Chambers, and David Luiz.

The teenager’s experience was called into question before the match, but Saka was nothing short of exceptional. In Freddie Ljungberg’s final match as interim manager, Saka delivered a mature performance against Djibril Sidibé and Richarlison, putting in a number of blocks and sharp tackles to hold Everton to a stalemate.

With his contract set to expire in 2021, many believed that Saka would seek greener pastures either this summer or next, but he put an end to that speculation on July 1 by signing a new contract that ties him to the club until 2024.

The Hale End product has a unique ability to slice apart a defense with a single pass, but he’s also capable of filling in multiple positions — left back, left-sided midfielder, and right and left winger.

As Arsenal went into their first game back against Manchester City, Saka operated on the right side of an attacking midfield three. This was the first time Saka appeared in such a role, and he struggled to deliver in an unnatural position, although David Luiz’s early expulsion didn’t help affairs. 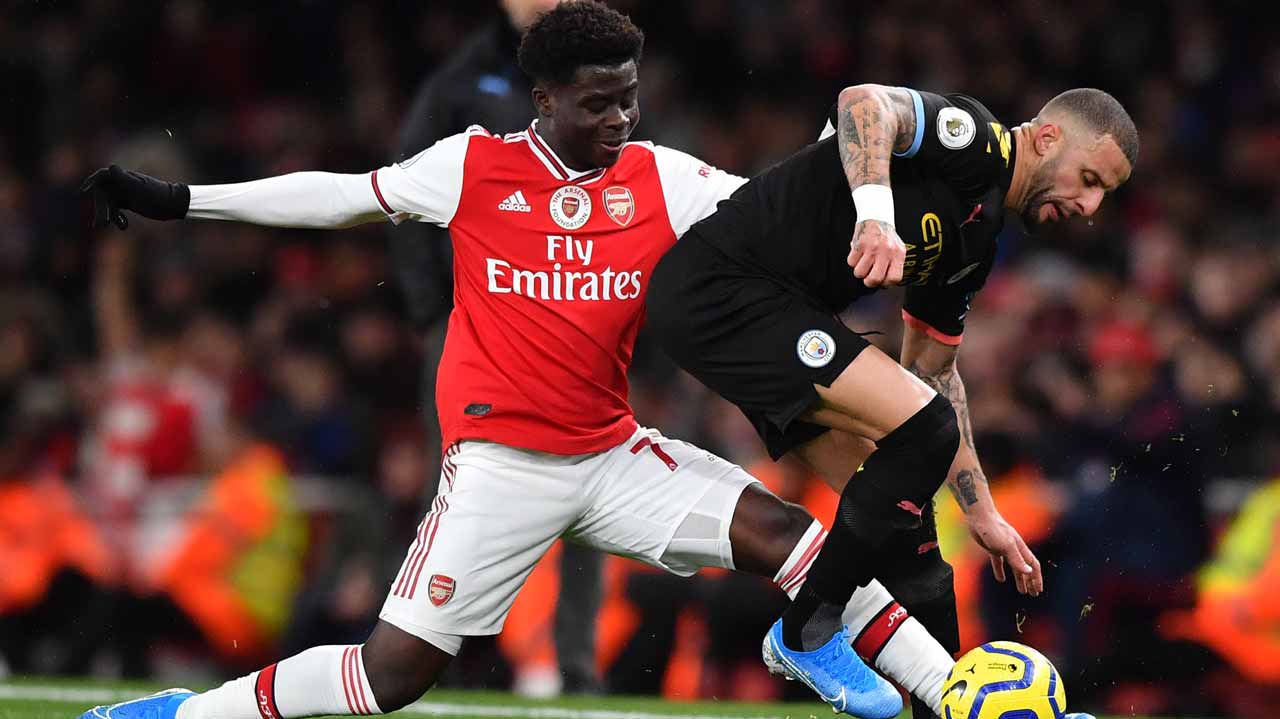 Saka tried to penetrate the left side of City’s defence on a number of occasions but spent most of the game tracking back to either help Hector Bellerín at right back or attempting to pick up the ball in central midfield. His valiant efforts didn’t go unnoticed, but he came up short against the marvelous Kevin De Bruyne, who was playing in the same zone of the pitch.

He did, on one occasion, feed the ball to Pierre Emerick Aubameyang on the left side of the attacking third, providing the Gunners’s  talisman with the space to attempt a finesse shot from outside the area. However, the Gabonese striker’s effort flew well over Ederson’s goal.

The Gunners’s approach to the Brighton game was somewhat pragmatic, with Saka starting the game on the left of the three, but he was given the freedom to roam around the centre of the pitch. His biggest contribution came early on when he struck the crossbar from a terrific, right-footed 20-yard effort. This only confirmed Saka’s unbelievable ability to use both of his feet and threaten the opposition at the same time.

Saka proved how effective he could be in a midfield role, constantly pressing the Brighton full backs and showing them onto their respective weaker foot. He was able to unhinge the Brighton back line and continuously find teammates in attacking positions. His ability to consistently perform at such a high level shows that he is more than ready to establish himself as a first-team regular.

Arteta has made no effort to hide his admiration for Saka, publicly speaking of the 18-year old’s talent on several occasions.

“He’s really good. Really accurate and very precise in the final third, the closer he gets to the box actually the picture is clearer for him. That’s why he’s made so many assists.

He will score a lot of goals because he has a really good quality in terms of finishing with both feet. He’s learning a new position, had some difficulties but he read some situations really well and was a threat.”

The Gunners are currently eighth in the Premier League with Tottenham up next. It has been a testing season for Arsenal, but Saka has been a shining light in an otherwise disappointing campaign.