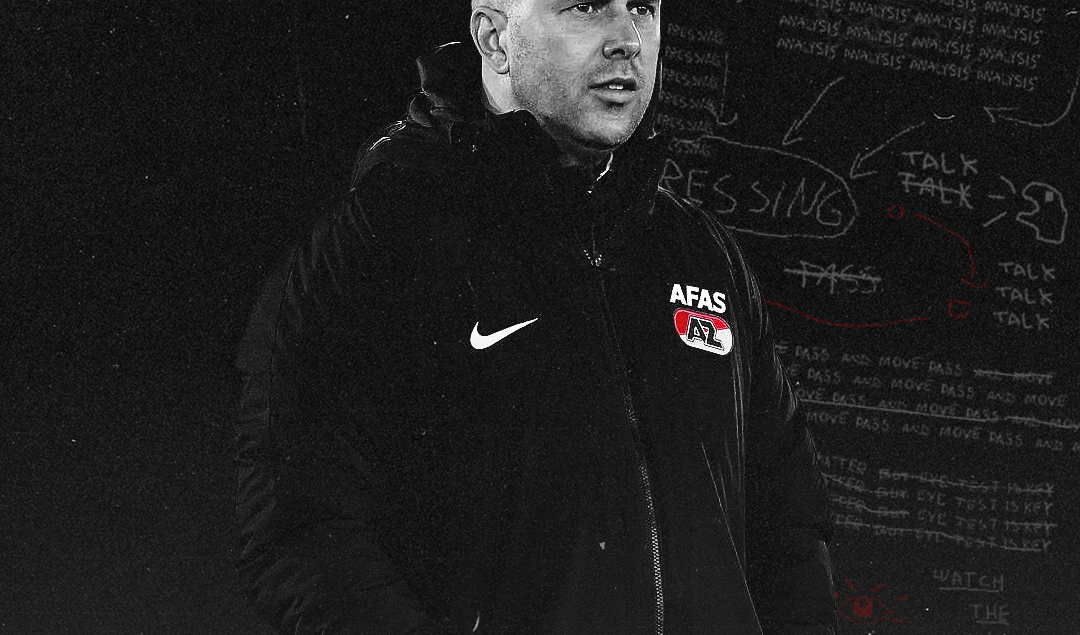 Tonight, Rotterdam, and a large chunk of the Netherlands, will be glued to their television screens. After just over twenty years, fans of Feyenoord, the Dutch sleeping giant, will be able to watch their club take on AS Roma in a European Cup final.

Sure, it’s the Europa Conference League, which doesn’t quite roll off the tongue like UEFA Cup or even Europa League, but give it time, and it will. And to be honest, winning the Dutch Cup is a big thing in Rotterdam, let alone a European trophy.

Many don’t know that this famous club was on the brink of extinction not so long ago. In the end, Feyenoord was saved by its own children, cut from the same cloth as the four (plus one) who will be starting in the final tonight.

The last time Feyenoord played a big European final, they faced Borussia Dortmund, who were overwhelming favourites. Not many would’ve known, on that 8th of May 2002, that the club from Rotterdam was about to face the threat of bankruptcy.

Years of financial mismanagement had taken their toll. The club had lived beyond its means for too long. That night, just one academy product took the field, Robin van Persie. The best until this day, but also one who ironically left the club for just 4.5 million euros. A mere fraction of his true worth, triggered by – how could it be any different – yet another case of mismanagement.

Carried by the unwavering desire of their loyal supporters, guided by destiny which had them playing this final in their own Kuip, Feyenoord won the UEFA Cup and all was good in Rotterdam. Just three years later, the annual report showed that the club had more than 40 million euros in debt, of which 30 million were short-term debts.

A drop in the ocean compared to two of Spain’s biggest teams, just to name some examples, but I digress. The situation was dire and demanded a totally different approach. Feyenoord was a team known for lacklustre scouting and for signing ‘high-reputation’ players on excessive salaries, who in reality were over the hill.

The club’s youth academy had been ignored for the longest period, and that was about to change. The first wave of youth players, who were promoted to the main squad out of necessity, brought the club Leroy Fer and Gini Wijnaldum.

Two players who grabbed this opportunity with both hands and quickly became leaders of a struggling side. The lowest point came in 2010, when the club was lingering in the relegation zone and was embarrassed like never before, in a meeting with rivals, PSV.

That day, a Feyenoord side with four teenagers, two 20-year-olds and what can only be described as a youth team’s bench suffered a 10-0 loss. As painful as it was, it was a massive learning experience and triggered the start of something that resembled a comeback.

Later that season, PSV needed a win to stay in the title race and faced Feyenoord again, this time in De Kuip. The youngsters who were ridiculed after the first match, turned into seasoned gladiators and had their revenge, in this life, not the next.

Feyenoord City: How a Stadium Project Created a Divide Between Fans and Their Club

Gini Wijnaldum was the hero that day. Which is why it was particularly painful for everyone who wished Feyenoord well, to see that same Wijnaldum join PSV during the summer that followed. Feyenoord had finished 10th in the league and wasn’t in the position to reject any offers, and on top of that, Wijnaldum was looking to further his career.

He wasn’t the only one, as Leroy Fer joined FC Twente. In total, those two transfers brought in 10.5 million euros. A decent start to the financial reparations. In the season that followed, Ronald Koeman was appointed as Feyenoord’s new manager.

By then, the club from Rotterdam had a core of youngsters who were formed by its own youth academy. Players like Stefan de Vrij, Bruno Martins Indi, Jordy Clasie, Jerson Cabral and 17-year-old Tony Vilhena.

Led by the fanaticism of the Feyenoord fans & the hunger of a young squad, Ronald Koeman’s calming influence and an inspired loan signing in John Guidetti, Feyenoord finished second in the league that year. An amazing achievement, just one year after that 10-0 loss and 10th place finish.

In the years that followed, the club stabilized, both result-wise and financially, and that was for a large part down to all the successful youth players who got sold on. Click here to see Feyenoord’s record sales. 12 out of the top 20 are youth academy players as irony would have it, it wasn’t Koeman who was able to take that final step, but a man who had joined Feyenoord’s youth academy himself, when he was just seven years old.

One of the very few who did make it during those barren years, when the academy was barely clinging on, Giovanni van Bronckhorst. After an 18-year drought, it was the immensely popular Gio who led Feyenoord to their 15th league title.

Once again, with a healthy core of academy players. Guys like Tony Vilhena, Terence Kongolo and the plus one I mentioned earlier, Rick Karsdorp. Because you see, he’ll most likely be the fifth Feyenoord youth academy player to start in today’s final, only he’ll be wearing Roma’s iconic carmine red and golden yellow colours.

After the Title, What Next for Ajax?

While the start wasn’t pretty – Feyenoord scraped past a semi-professional side in the dying minutes of the first preliminary round – Arne Slot made the naysayers doubt their words soon enough.

As the team gelled and got accustomed to his desires, the performances improved and showed that Feyenoord was not only capable of adopting this high tempo, high-pressure approach, but was actually quite good at it. Once again, after glory, came disappointment and financial headaches.

Much like the aftermath of 2002. This time, the people who led the club, started to forget that it was the youth academy that had bailed them out of trouble. It has to be said that Martin van Geel, the director of football at that time, joined when the club literally didn’t have a dime to spend.

But as his wallet grew, so did the disappointment with his lack of imagination when it came to signings. They usually fitted the same bill: Eredivisie experience, never quite good enough to reach the top or past their expiration date.

The only truly inspired signing he made, was Luis Sinisterra and it kind of felt like a fluke in hindsight. The arrival of Frank Arnesen, the experienced Danish director of football, who had worked at clubs like Tottenham, PSV and Chelsea, was therefore a relief to most Feyenoord fans.

It meant that Feyenoord would finally be exploring the world outside the Eredivisie. The first six months were promising, as the club rallied after a poor start to the season, when wily veteran Dick Advocaat took over and led the club to European football, in a remarkable effort.

The season that followed, however, was terrible. The chemistry between manager and players faded and many of the same players, who are lauded now, were served off by the nation’s media. Arnesen played his part in it, as he made a few poor signings and gave Advocaat too much say in the selection of other key transfers.

He learned from his mistakes and decided to go down a different route for the 2021/22 season. The young and talented Arne Slot was signed long before the season started, and had to leave AZ under controversial circumstances.

The renewed dire financial situation, worsened by Covid, and everything that it meant for football, saw Arnesen hit the market with barely anything to spend. This time, though, he decided to put his full trust in the upgraded scouting department, and they repaid his faith.

For a total of just 2.45 million euros, seemingly unlikely future key players like Gernot Trauner, Fredrik Aursnes and Guus Til were brought in. Some other signings, like the loan of Reiss Nelson, turned out to be pivotal as well. But no one could’ve predicted the season would end on such a tremendous high, after the way it started.

One of the main issues between Advocaat and his players, the season before, was his preferred, very conservative approach. Arne Slot’s arrival meant a 180-degree switch in that regard. Something many analysts were sure of wasn’t possible with this Feyenoord squad.

While the start wasn’t pretty – Feyenoord scraped past a semi-professional side in the dying minutes of the first preliminary round – Arne Slot made the naysayers doubt their words soon enough.

As the team gelled and got accustomed to his desires, the performances improved and showed that Feyenoord was not only capable of adopting this high tempo, high-pressure approach, but was actually quite good at it.

You see, one of the clubs’ new philosophies was to create capital on the pitch, a big part of the reason why Arne Slot in particular was brought in. A man who had mostly worked with young players and was capable of getting them to reach that next level.

Under Slot’s reign, academy players who were basically written off by the media suddenly started making the headlines again and even became key players as the season progressed. Tonight, four of them are projected to start: Tyrell Malacia, Lutsharel Geertruida, Orkun Kökçü and captain Justin Bijlow, who, much to the relief of everything that is Feyenoord, recovered just in time for the biggest match of the season.

A win against Roma will be a win for all those youngsters who played at Varkenoord, dreaming of De Kuip. Those who made it and those who didn’t, for whatever reason. Those four players, along with the Colombian artist known as Luis Sinisterra, represent most of Feyenoord’s value today.

They will no doubt be transfer targets for many teams from the top five leagues this coming summer. Some of the fees that are being mentioned could potentially be record-breaking for Feyenoord, but rest assured that no one will be thinking about that today.

That’s something for the near future, when Feyenoord gets another chance at growth, due to its own success. Hopefully, those in charge will learn from the previous two times and won’t make the same mistakes. Because without Feyenoord’s youth academy, the club wouldn’t be here tonight and perhaps wouldn’t exist at all.

A win against Roma will therefore be a win for all those youngsters who played their games at Feyenoord’s youth complex, Varkenoord, dreaming of De Kuip. Those who made it and those who didn’t, for whatever reason.