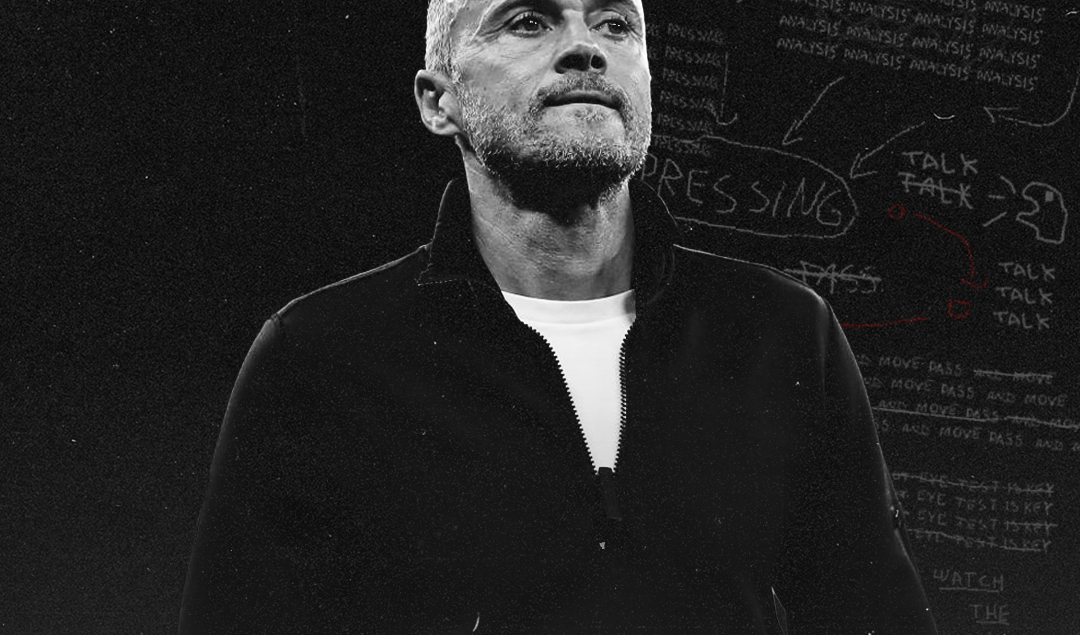 Luis Enrique is a stern man. He says what he means and means what he says, and he doesn’t suffer fools gladly. He doesn’t read the press because he knows more about football than they do, and wears cargo pants because they’re both stylish and comfortable. Born and raised in the Asturias, he defies convention and operates with originality.

This is reflected in the unit under his command; the Spanish national team. He took over from Julen Lopetegui after the debacle of the 2018 World Cup, and has led them to the semi-final of Euro 2020 as well as the final of the Nations League. This article will reflect on the final two matches of the latter competition, which took place last week.

For much of what makes Luis Enrique’s Spain his was evident in those two matches. First up was Italy, the team that knocked them out of Euro 2020 in London before going on to beat England and win the competition outright. Luis Enrique went toe-for-toe with Roberto Mancini and set his team up in a 4-3-3 shape that included some bold calls.

Sergio Busquets started as the sole pivot, flanked by Koke and 17-year-old debutant Gavi. The decision to field Gavi – making him the youngest player to ever represent Spain in the process – was daring in the extreme given how pivotal the midfield battle would be, but it paid off handsomely.

Part of Gavi’s brilliance is his fearlessness. The Barcelona midfielder relished the chance to go up against his idol – the angel-eyed devil Marco Veratti – as well as Ballon d’Or contender Jorginho and the Baretta-like Nicolò Barella. Flying into high challenges one minute, playfully juggling the ball the next, he enjoyed himself immensely and was key as Spain dominated 74.6% of possession and won 2-1.

Gavi was helped by the presence of Busquets, who put in an imperious performance to mark his 130th cap for his country despite so far enduring a poor season with Barcelona. The reason for this is largely due to the coherence of the system Luis Enrique has developed with Spain, in stark contrast to the chaos raging under Ronald Koeman.

If Spain’s midfield controlled the game, it was their front three that decided it. Ferran Torres worked in tandem with Mikel Oyarzabal and Pablo Sarabia to wreak havoc in exactly the right moments, with both Spanish goals coming from Oyarzabal assists and Ferran finishes. The first was whipped in majestically from wide left and finished coolly; the second teed-up perfectly before being sent goal bound with a real centre-forward’s header.

Italy got one back in the final minutes through Lorenzo Pellegrini, and for a moment looked capable of pulling off a comeback that would illuminate the Milanese night. But it wasn’t enough. Driven on by thousands of well-oiled Erasmus students and helped by Leonardo Bonucci’s first-half red card, Spain deserved their victory and their place in the final.

That final was another stern examination of their credentials. Having dismissed the European champions now came the world champions, and they started fast. Luis Enrique brought Eric García in for Pau Torres at centre-back and traded Koke for Rodri to give Spain greater solidity in midfield, which was wise given how Antoine Griezmann pressed his former teammate Busquets in his role behind Kylian Mbappé and Karim Benzema.

Didier Deschamps went for a 3-4-1-2 formation to accommodate his three lethal marksmen and still provide for width, which was delivered by flying wing-backs. That dynamism – augmented by a Paul Pogba in ominous form, striding forward as only he can and delivering lethal through balls from deep – created space and a sense of panic for Spain in the opening exchanges, but calmed down as the game matured.

Although the personnel was the same, Luis Enrique changed the structure of the front three. Oyarzabal started through the middle given he was better-suited to occupying the strong French backline, with Ferran – carrying an injury – to the right and Sarabia to the left. It was a decision that was vindicated on the hour mark.

Spain broke immediately after France struck the crossbar, Busquets looking up to find Oyarzabal with a clean, pinpoint ball over the top. The Basque controlled the pass confidently before finishing with aplomb, sparking wild celebrations from Luis Enrique and the rest of the Spanish camp on the touchline.

The lead didn’t last long. France struck back almost immediately through Benzema, who found the top corner from just inside the area with ruthless precision – Unai Simón got a fingertip to the ball but was powerless to prevent it from nestling in the back of the net.

The game changed after that, becoming a shoot-out after the more considered first-half. One got the feeling that was always going to suit France more given the sheer quality of their attacking options, but Spain gave as good as they got. Aymeric Laporte in particular showed his ability, the sturdy and robust centre-back assertive in his defending as well as bringing the ball out. Inside the final ten, however, France delivered the knockout blow.

Mbappe was played onside due to the faintest of touches from Eric, and made no mistake as he bore down on goal to make it 2-1 to France and earn a degree of redemption following his decisive penalty miss at Euro 2020.

The manner of the defeat was a blow to Spain, but one couldn’t help but feel a sense of confidence emanating from Luis Enrique and his men upon the final whistle. They’re battle-hardened now, and know exactly what their coach is asking of them. They’ve been through disappointments and battled adversity, but come out the other side the better for it.

Getting to Qatar for the 2022 World Cup isn’t as straightforward a task as one might assume. Given only one place is guaranteed a spot in each group, Spain need to win their final two qualifying games – one of which is against first-placed Sweden – to ensure their spot at the tournament without having to navigate a tricky playoff. If they get there, however, one would be wise to keep an eye on them. They could do damage.

Ansu Fati should be in full-flight by then, the 18-year-old prodigy currently being eased back into the Barcelona setup after almost a year out injured. A fleet-footed forward of an astronomically high ceiling, he’ll bring a whole new dimension to the Spanish attack.

Pedri will most certainly be back – another Barcelona teenager currently recuperating from injury, the boy from the Canary Islands has been a revelation ever since he broke into the first team at Camp Nou last season and was Spain’s star man at Euro 2020.

Perhaps the weak link of this Spanish team is at centre-back. Laporte has established himself as the best option of those currently available, although the place beside him is up for grabs – neither Pau nor Eric have truly claimed it for themselves.

Given Laporte is a left-footer, there’s an opportunity for a right-footer to come in and shore up a defence that doesn’t always appear impregnable. Sergio Ramos, currently fighting to get back in shape to make his debut for Paris Saint-Germain, will be determined to ensure it’s his.