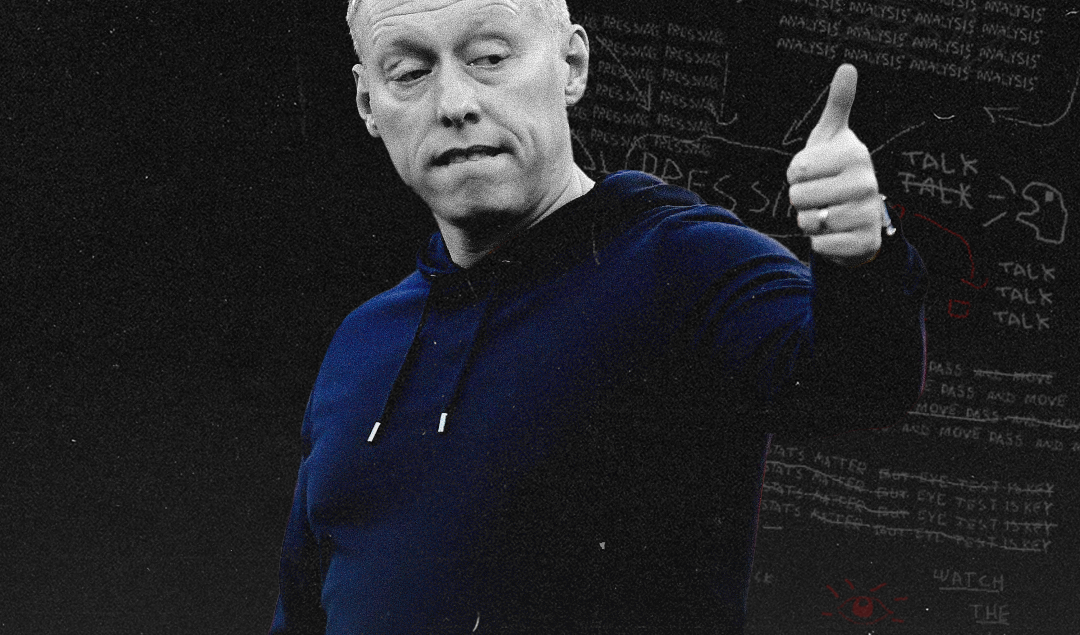 Late September loomed for Chris Hughton’s Nottingham Forest and after steering the former European Cup holders clear of relegation the season prior to that – the goalposts had moved and expectations shifted.

Targeted for the following season was to build towards an achievement that the Essex-born boss had completed twice beforehand with Brighton and Hove Albion and Newcastle United respectively.

However, the hopes of progressing up towards the play-off places became fragmented by a disastrous beginning to the season.

Within eight games, Forest found themselves a place from bottom in the EFL Championship and only propped up from the foot of the table itself by local rivals Derby County who had accrued a points deduction.

And just like the 13 previous successors throughout the past decade, Hughton was sacked and once again the search began for a new boss to steer them away from the bottom three. Only five days later they’d found their man in the shape of former Swansea City manager Steve Cooper.

Back-to-back play-off campaigns with the Swans proved his ability in the division but the boat could only sail so far and the boss left by mutual consent the following summer.

A managerial product of England’s youth set-up, Cooper had taken charge of both the under-16’s and under-17’s sides – winning the 2017 World Cup with the latter.

Having managed players such as Phil Foden, Callum Hudson-Odoi and Jadon Sancho, he developed a specialised training model with in-possession and out-of-possession coaching during his time with the Young Lions.

But Forest was to provide a different challenge, with the initial task of avoiding the drop standing in the way of any possible rebuild.

The turnaround from Hughton’s era was virtually instant, reversing the scoreline of his final game in charge with a 2-0 win over Huddersfield Town.

Although the possession was generously in the Terriers’ favour, Cooper’s men surprised with their quick transitions.

This was exemplified by a run from deep by Brennan Johnson to assist Lewis Grabban’s opener where the youngster took on three players in a tight wide position to thrust the Reds up the pitch.

Helped largely by the change to a three-at-the-back formation which much better suited those in the back line, the performance showed several steps in the right direction.

It wasn’t a typical ‘gung-ho’ pressing performance, but they looked organised and squeezed at the right moments with both of their goals coming from those types of defensive actions.

The good form continued and another talent blossomed alongside Johnson on the right-hand side.

Djed Spence joined on loan from Middlesbrough in the summer, who underwent a similar mid-season transition into good form with new boss Chris Wilder.

London-born and a product of Fulham’s youth academy, former Boro boss Neil Warnock said he sanctioned the loan spell so the youngster could “sort himself out.”

Warnock also admitted in hindsight Cooper was the better coach for him, the freedom given for Spence to occupy the half spaces either inside or outside Johnson meant that he could flourish in the way the second tier veteran would not allow him to do.

The wing-back found himself being backed up by captain Joe Worrall down the right flank, possibly making up for his defensive awareness which could be found lacking without adequate cover.

Spence presented the attacking drive in the side, with 1.8 successful dribbles per game which topped the charts in the Forest rank.

The midfield two of James Garner and Ryan Yates must come in for credit too, previously seen as a ‘sideways pairing’ but their newfound ability to carry the ball progressively and arrive late onto the attacking scene meant they became more than just that.

Garner joined on loan from Manchester United and after their defensive midfield woes there could be an open pathway into the first team for him after all.

Yates had arguably been the most improved player under the new boss, typically occupying the wide right pocket between the wing-back and central defender.

A good collective work rate has been instilled and without that they’d be stuck, the mental resilience shown has to be a major plaudit towards Cooper.

At times they have succumbed to not overperforming their unusually low xG, but only league leaders Fulham have won more games than The Reds since Cooper took over.

As it stands, Forest are covering the ground on the top two and with AFC Bournemouth beginning to falter ahead of them, the six point gap between themselves and automatic promotion could still be closed.

Even if that doesn’t happen, they’re likely to go into the play-offs as the form side and with momentum key in that competition, they could make their way back into the big time after all.