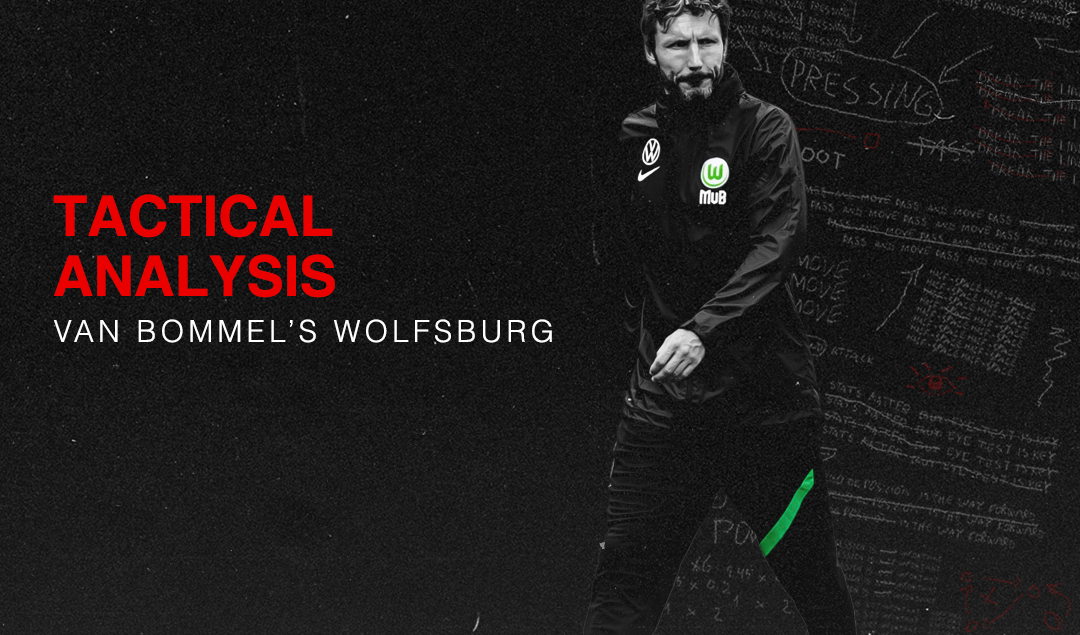 Prior to this summer, the last time Mark van Bommel stepped out into a dugout; Covid-19 hadn’t left China, Prince Harry and Megan Markle were still working Royals and Ross Barkley was an England starter. Plenty has occurred since December of 2019 – including the rise of Wolfsburg.

As Van Bommel was coming towards the end of his previous managerial gig at PSV, Die Wölfes were plodding along nicely under then-new gaffer Oliver Glasner – sat 6th in the Bundesliga heading into the winter break, eventually finishing the campaign in 7th and qualifying to the Europa League. But in 2020/21, Glasner took his side to the next level.

They finished 4th with 61 points (their most since 69 in 2014/15), returning to the Champions League after six years away and were rewarded with a group containing Lille, Sevilla and RB Salzburg. Despite muscling out the likes of Frankfurt, Leverkusen and Borussia Mönchengladbach to return to the promised land, Glasner’s side received little fanfare outside of Lower Saxony – most likely due to their modest fanbase and a team bereft of sexy names or truly ‘star’ players.

Nevertheless, the Austrian had his own admirers and he eventually took the rather strange step to join fellow German side Frankfurt in the summer, replacing Adi  Hütter who headed for Gladbach.

Die Adler are a good side and have come on leaps and bounds over the past few years, but for a coach to return a team to Europe’s top table just three years after completing back-to-back relegation play-off wins is the sort of achievement that deserved a step forward rather than sideways.

But down south he went, leaving the Wolves looking for a sixth boss in just five years, as the managerial carousel spun at breakneck speeds in Germany this summer – with Mark van Bommel surprisingly landing the job on a two-year-deal.

Jörg Schmadtke, the head honcho at the Volkswagen Arena, claimed he ‘perfectly fits the club’s philosophy’, following over 120 appearances in the division as a player. Even if he began his tenure with the rookiest of rookie errors.

During a 3-1 victory over Preußen Münster in the DFB Pokal, the Dutchman inexplicably used six substitutes instead of the allotted five – an error that eliminated his side from the competition following the game; the worst possible start.

But, since then, what have we seen from ‘the destroyer’s’ side? Well, Wolfsburg are currently sat 5th in the Bundesliga having lost just two of their opening seven games – their best-ever start to a Buli campaign, whilst also remaining unbeaten in Europe.

Admittedly, those two defeats have come in their previous two outings with back-to-back 3-1 deficits to Hoffenheim and Gladbach, but there are still things to build on from those matches. Across both games, Wolfsburg managed 25 shots and enjoyed spells of dominance, but were rightfully beaten on both occasions.

Van Bommel will undoubtedly still be learning in the role, but the impact he is trying to make is clear. So far this season, no side has attempted more long balls in the Bundesliga, with only Dortmund attempting more medium-range passes (they too rank favourably in crosses made and aerial duels won), as Wolfsburg have looked to get the ball forward early where they can hit Wout Weghorst – a towering 6ft 5 inch striker who has perennially flown under the radar as one of the most underrated strikers in Europe.

Far from just a target man, the Dutchman is one of the best penalty box strikers around, but is also very good with the ball at his feet and is adept at linking the play by dropping from the forward line. With him, they will always have a guarantee of goals (as 56 in 107 Buli games tells you), but also a hard-working and a relatively creative striker.

Despite this and Wolfsburg’s average possession hitting 57% this term (5th in the division), they aren’t creating enough in the final third, with van Bommel seemingly trying to build his side on defensive solidity and pragmatism, rather than attacking flair.

For example, in the 3-1 defeat to Hoffenheim, he saw his side attempt 13 shots (compared to the home side’s 11), but six of those came on or before Ridle Baku’s 24th-minute opener – with Hoffenheim attempting nine of their efforts after falling a goal behind. Rather than capitalising on his side’s early dominance, they sat back and brought their opposition on to them – going on to concede three unanswered goals.

There’s nothing wrong with looking to knock the ball long and squeeze up the field in the process – we recently covered Everton’s start under Rafa Benitez, detailing the Spaniard’s decision to do pretty much that. The difference, however, is that the Toffees rank 6th in the xG table and third in the division for xPTS – two metrics that MVB’s side sit 11th and 10th in respectively. Despite inheriting the 5th highest scoring side in the division, Wolfsburg are churning out bottom half numbers when it comes to their attacking output.

Down the other end of the field, though, things look somewhat brighter. If we were to look at life in Germany prior to the Hoffenheim defeat, Wolfsburg sat aloft the Bundesliga table and had conceded just two goals from five games – losing zero. Furthermore, their xGA of just 3.58 at that time would have seen them place in the top four of each of Europe’s big five leagues, trailing only Meinz in Germany.

Few could argue that they weren’t the better sides in all five fixtures and, if anything, they were unlucky to have dropped points to Frankfurt in matchday five. Only Leipzig enjoyed a higher npxG in games involving Wolfsburg during that run, too, as they struck a balance between defensive solidity and attacking efficiency. While the former may have waned over the previous two games, they still concede the 4th fewest shots against per90 in the division, with only last term’s top three conceding fewer.

The main reason for this is a good core of defensive players that MVB can rely on. Kevin Mbabu has developed nicely at full-back over the past two seasons since his move from Young Boys, with the Swiss international leading Die Wölfe in blocks, tackles, interceptions and even completed dribbles.

The exciting Maxence Lacroix follows Mbabu in all of the above metrics, but does lead his side for passes completed with 415 (7th highest in the Bundesliga), with his ability to play out of defence and progress the ball proving vital for van Bommel – much like it was last term under Glasner – with the Frenchman seeing more attempted passes in his direction than any of his teammates. His combination of pace, footballing intelligence and ball-playing ability has already attracted RB Leipzig, and will surely bring further suitors next summer.

Lacroix has featured alongside the likes of Jérôme Rousaillon and John Brooks in the backline, while new addition Sebastiaan Bornauw is already showing signs of promise following his summer move from Köln. Ahead of them, Max Arnold is the perfect box-to-box midfielder to complement the defensive solidity of Joshua Guilavogui – while also possessing plenty of defensive ability himself.

The once capped German trails only Lacroix when it comes to completed carries and distance carried with the ball this term, but also features favourably when looking at tackles and pressure numbers. If Wolfsburg want to sustain another push towards the Champions League, they must keep Arnold fit – especially with Xaver Schlager’s long-term absence with an ACL injury.

To summarise: Wolfsburg are the quintessential mixed bag. The new gaffer has to find the right balance between keeping it tight at the back, but also using the attacking talents at his disposal. It’s not quite a phalanx, but Weghorst, Baku, Dude Lukébakio, Lukas Nmecha, Max Philipp and Luca Waldschmidt is more than enough ability at the top end of the pitch to be producing more than nine goals in seven games.

They’re a way off from thinking about challenging the Bayern Munich monopoly, but with Leipzig, Gladbach and Frankfurt faltering, there is no reason why they can’t finish in the top four again. Is van Bommel the man to do that? I’d suggest he certainly has the potential based on what we have seen so far, but how they respond from back-to-back defeats will be telling – especially as they’re starting to face most of the sides around them.

Good recruitment married with the appointment of Glasner had transformed Wolfsburg from relegation fodder to European travellers – but only time will tell if van Bommel can keep them on that upward trajectory.