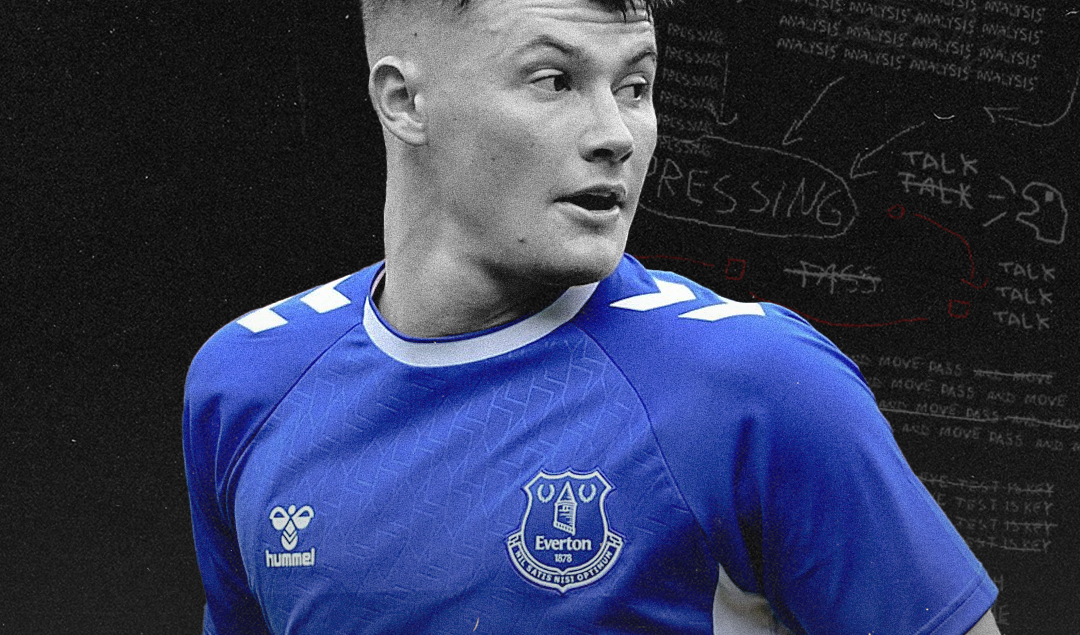 The situation at right back for Everton is a highly contested topic. Discussions about replacing aging club legend Seamus Coleman are far from a new idea, several managers over the past 5 years have looked to the board to get their wingbacks in place and Coleman is often discussed as a backup moving into the future.

Seamus Coleman is definitely not done at Everton, but his time as a first-team starter may be coming to an end. The captain has given Everton fans many ‘good times’- to quote Bill Kenwright but every player ages and with the appointment of Frank Lampard, who is known for youth development, he will almost certainly be looking towards a more youthful approach to dominate that right-hand side.

Although his age does show, Coleman has delivered for Everton in some of the toughest times, consistently performing to the expected standard of the club. Part of the Everton ‘standard’ is a desire to fight for the team, which the Toffees may have lacked in recent years, apart from the beloved club captain who constantly presents the passion developed from almost a decade of playing at Goodison Park.

Numerous Everton managers in the past have praised Coleman since he was appointed captain following the departure of hero Leighton Baines – a legacy that he has most definitely shadowed during his captaincy. Among these managers was 4-time Champions League winner Carlo Ancelotti, who dubbed Coleman as one of the best captains he has managed.

“It is important for a manager to have in his squad a player who is setting the standards really high,” said Ancelotti in 2021. “Seamus is an example for the others. In this sense, he is the same as John Terry, Paolo Maldini, and Sergio Ramos; all great models for their teammates.

“Sometimes, you see players sitting on the bench not ready and not focused because they are not playing. But in that situation, Seamus is a fantastic example. “He is not happy if he doesn’t start but he is ready to play, even for one minute.”

This ability to deliver a message has not gone unnoticed and is one of the major reasons the club kept together in tough spells like last season’s relegation battle, where Coleman displayed leadership to overcome giants such as Chelsea and Manchester United.

Coleman during his prime offered a whole variety of skillsets to the manager, not only he was able to bomb forward with his pace and overlap players such as Gerard Deulofeu or Kevin Mirallas and deliver a worthy cross or even score on some occasions but he also showed the ability to stay back and protect the right side in a defensive setup.

His best form arguably came under Roberto Martinez, who deployed Coleman as a wing-back and provided him with the licence to do exactly what he was made for, in creating chances via the underlap or overlap. Replacing the flexibility and leadership of Seamus Coleman is not an easy task, as most managers have discovered the hard way and eventually reintegrated Coleman into the team.

An example of where it went wrong was the loan signing of Djibril Sidibe, brought in by Marco Silva as a replacement for the Irishman, scoring zero times but assisting 4 in his debut Premier League campaign. Sidibe showed quality going forward but the major issue was defensive awareness, his positioning when under pressure was highly critiqued and his tackling ability wasn’t the most highly regarded, either.

Rafa Benitez also saw the position of right back as an area that he wanted to improve in, Marcel Brands and his scouting team turned their attention to young Scotsman Nathan Patterson, impressing in a Rangers side that won the SPL the previous season, offering £5 million in August but talks eventually broke down.

That wasn’t the last of Patterson though as Benitez once again declared he was in search of strengthening the right back position and the board delivered. Signing the Scotland international for a total of £12 million, delivering the addition that Benitez so desperately wanted. However, only a few days later Rafa Benitez was dismissed and Frank Lampard appointed.

Shortly after Lampard’s arrival, Patterson sustained an injury lasting the remainder of the season; leaving Everton with only Coleman and Jonjoe Kenny at right back to fight the relegation battle.

Once Patterson made a full recovery he was soon picked for Scotland’s Qatar World Cup Qualifiers and played the majority, he was also frequently chosen by Frank Lampard to start their Pre-season games, most notably against Blackpool – picking up two assists.

Nathan Patterson provides an almost identical skillset of that to a young Seamus Coleman, proving exactly why the hierarchy chased him for as long as they did. Patterson has the ability to utilise his pace, as he does for Scotland, and provide crosses into the penalty area from deep, whilst also possessing dribbling and the ability to beat the man.

Defensively, positioning from the Scotland games and a pre-season stint highlight his awareness as he displayed the capability to track a runner whilst making sure his distribution does not fall behind. Overall, though, the Everton board look to have finally found their Seamus Coleman replacement, and from the short amount we’ve already seen from Patterson, he looks to be a real star with bags of potential.

It will be interesting to see whether Patterson delivers and proves why he deserves to be a Premier League starter at his age or if Frank Lampard once again turns to Seamus Coleman, but the future for Everton’s wing-backs look to be in good hands, with Vitaly Mykolenko covering the opposite side.

The goal for the fullbacks looks to be to work to the strengths of Dominic Calvert-Lewin, a striker with a desirable leap and capacity to latch onto balls into the box, leaving the wing-backs with the instruction to provide said crosses.

Everton have ample work to do in the final month of the transfer window, but between Seamus Coleman, Nathan Patterson and Alex Iwobi, the latter of whom has operated in a right wing-back role, it’s fair to say that right back will not be a position of great urgency for Frank Lampard’s Toffees.