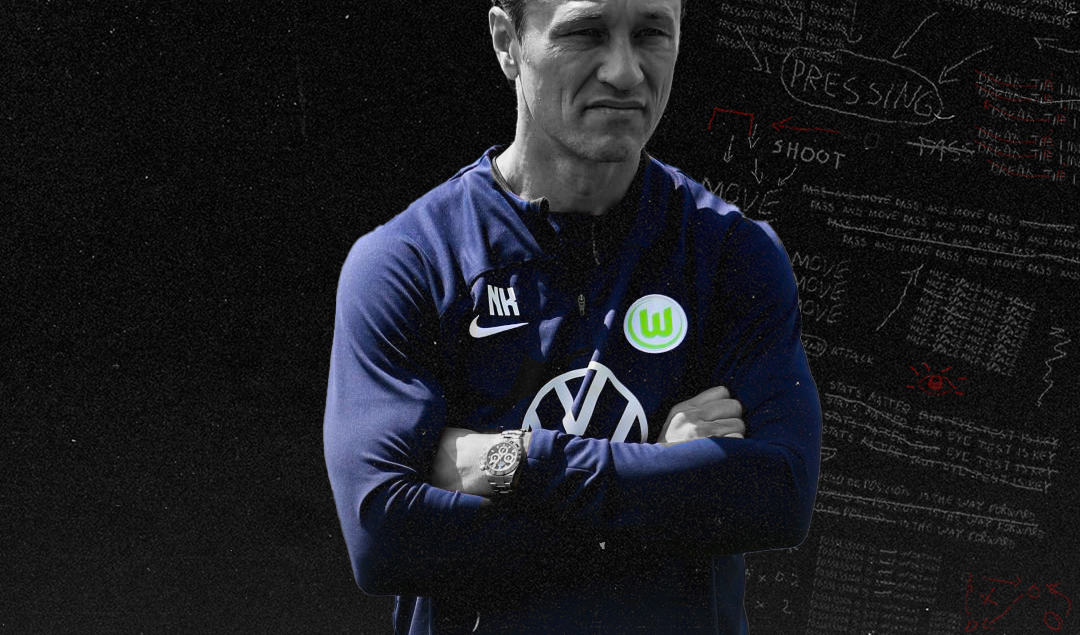 The Bundesliga season is just a matter of days away, so it’s time to preview every side ahead of another exciting campaign. Today… VfL Wolfsburg.

A first-round DFB-Pokal exit, a bottom-place departure in the Champions League, and an unremarkable Bundesliga finish all combined to make the VfL Wolfsburg storyline one of the most boring in last season’s top-flight.

Next season they will be hoping to return to international competition with a former FC Bayern manager at the helm, but Die Wolfen still have a lot of open wounds from last season hanging over proceedings.

With key departures, and the sense of a permanent dark cloud hanging around from last season, Niko Kovač will be immediately tested in the managerial dugout on his Bundesliga return. Surely he must last longer than Mark van Bommel at least?

He may be lazy, volatile, and prone to the odd outburst, but when he is on his game, few players in the Bundesliga can be as game-changing as Max Kruse.

Now in his second spell with Die Wolfen after arriving from Union Berlin last January, Kruse’s 7 goals in 14 matches played a crucial role in keeping Wolfsburg safely mid-table, and manager Florian Kohfeldt in a job far longer than he reasonably should have.

34 turning 35 at the end of the season, it’s unreasonable to expect Kruse to go the distance across an entire 34-game season, but with at least 5 goals and 5 assists in 9 of his 10 Bundesliga seasons to date, a similar return should be the bare minimum next year.

A cornerstone of the second-best defence in the division who was being heavily linked with moves to RB Leipzig and Chelsea, it’s safe to say that Maxence Lacroix has slightly regressed since his domineering rookie campaign in 20/21.

The French youth international still started all 29 matches he was deemed fit for last year, but more than a few errors crept into his game over the course of the campaign – highlighted by the league-high 3 red cards he received.

Getting Lacroix back to his best next season will not only be crucial for the potential resale value he can pump into the club, but more so given that John-Anthony Brooks (29) has departed, leaving no center back over the age of 24 in the first-team roster.

It wasn’t too long ago that Luca Waldschmidt was being talked about as a long-term heir to the number 9 jersey in the German national team.

Now 26 though, the 2019 U21 European Championship golden boot winner is a far way from fulfilling that prophecy. More than 20 months have passed since his last appearance for Die Mannschaft, and even that was a 29-minute cameo in the 6-0 Nations League hiding versus Spain.

With just 1 goal in last season’s Bundesliga, and only 23 minutes in the final 14 matches, it’s clear to see that the former SC Freiburg, HSV, and Eintracht Frankfurt talent will need a drastic rise in form if he wants to earn his place back in Hansi Flick’s plans.

There’s a lot to like about Wolfsburg’s summer window. The average age of the 6 new arrivals is just 20.6 years old, and bar 17-year-old Dzenan Pejcinovic, one could easily imagine all of these transfer targets slotting into the first XI. Thus, it wasn’t an easy selection to choose just one.

Jakub Kaminski is the golden boy of Polish football and should surprise quite a few next year, while Mattias Svanberg already has 23 Swedish national team caps and 117 Serie A appearances to his name, but I’ve gone with my gut and chosen Patrick Wimmer.

The Austrian was an attacking stand-out in Bielefeld last season, leading the Bundesliga in players dribbled past and nutmegs. He, and the aforementioned Kaminski and Svanberg, should bring much-needed excitement to Volkswagen-Arena next year!

We mentioned John-Anthony Brooks departure as a key loss in leadership for the Wolfsburg backline, but his decision to forego a contract renewal will be a far more manageable loss than that of Xaver Schlager. The 24-year-old Austrian international has moved for €12m to RB Leipzig – the second Red Bull club in his career after breaking through in Salzburg.

Though an ankle break, and cruciate ligament rupture have stolen big portions of his career in Wolfsburg, the 3 seasons he spent in Lower Saxony were more than fruitful as Schlager was a guaranteed starter and key performer in the club’s impressive Champions League qualification.

Particularly his ability to carry possession forward and break up opposition play will be missed, with he and captain Maximilian Arnold complementing each other well when on the pitch together during the past 3 years.

10th place seems slightly pessimistic given the stellar transfer window, and impressive managerial appointment in the off-season, but I’m under the impression that it may take at least 1 season for all the pieces to come together.

The lack of an elite core of established Bundesliga stars means a lot will be riding on how quickly the new arrivals can gel together – a question mark that is impossible to answer before the competitive season has even begun. Thus, a fairly average mid-table finish seems about right, with Wolfsburg looking to push on again in the European debate for the 2023/24 campaign.