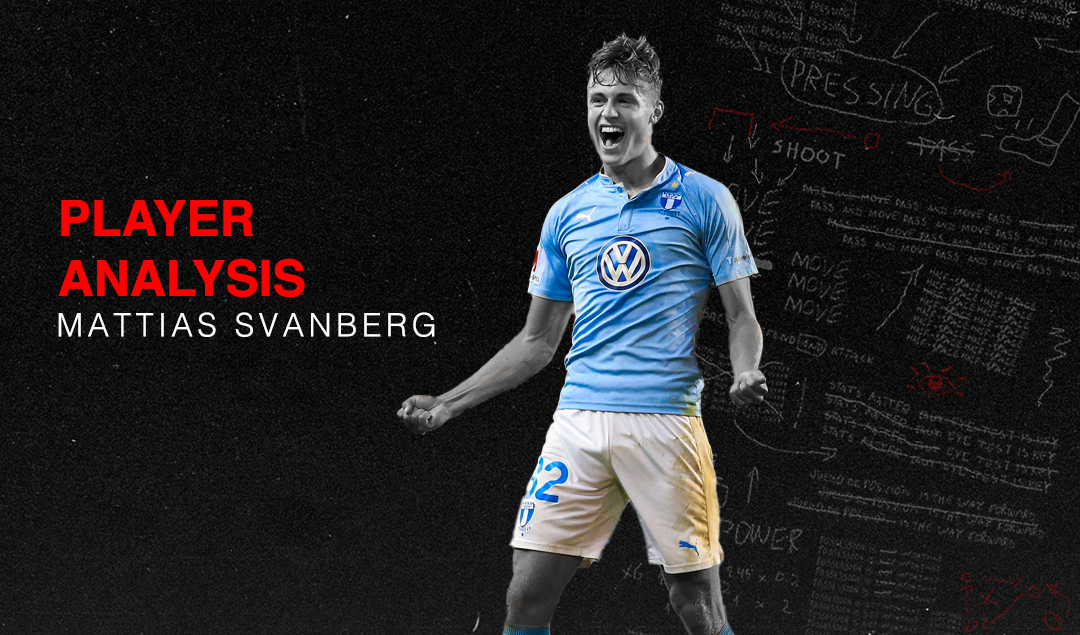 When Siniša Mihajlović replaced Filippo Inzaghi as coach of Italian club Bologna in January 2019, Mattias Svanberg was a player that still needed refining in his game despite already earning valuable playing time in Serie A.

The Swedish youngster found his opportunities limited for the remainder of the 2018/19 campaign under Mihajlović, but he eventually gained the trust of the Serbian tactician and he has become an important part of the Felsinei midfield.

Bologna purchased Svanberg from Malmö in the summer of 2018 for a reported figure of €4.5 million after he had come through the youth system of the Swedish giant and had won two Allsvenskan titles.

As a 17-year-old, the midfielder supplied an assist on his senior debut for Malmö in the Allsvenskan, and in his fifth league game, he was given his first chance to start. Although he played out of position as left midfielder, he scored a goal and also provided an assist.

How Swan Songs Are Meant to Be: Baggio’s Brescia Brilliance

After more than two seasons in the Malmö senior squad, Svanberg moved to Bologna and he did not have to wait long to make his Felsinei debut.

He came off the bench to make his Serie A debut in Week 4 of the 2018/19 season, a 1-0 defeat away to Genoa. Inzaghi decided to start the 19-year-old in the following round against Roma and the youngster played for 61 minutes in the 2-0 victory.

Although he was left on the bench in the defeat to Juventus days later, Svanberg was back in the starting line-up against Udinese and he provided an assist for Federico Santander in the 2-1 win.

The Swede would remain a starter for a majority of those games under Inzaghi but the coach was given his marching orders after losing 4-0 against Serie A strugglers Frosinone at home.

Mihajlović was brought in and he immediately changed the formation. Inzaghi often used the 3-5-2 formation and sometimes implemented the 4-3-3, but his successor had a strong preference for the 4-2-3-1.

With Blerim Dzemaili and Erick Pulgar forming the double pivot in midfield, Svanberg initially found his playing time limited under Mihajlović. Under Inzaghi, the Swedish midfielder played 17 out of a possible 21 Serie A games in 2018/19, but he played just six out of possible 16 under the Serbian tactician.

The opportunities did not arise in the early stages of the 2019/20 season either. Svanberg remained on the bench for the opening six rounds and then he was tried in a variety of midfield roles for Bologna.

Mihajlović started the season with Dzemaili and Andrea Poli as his double pivot in midfield but Gary Medel would eventually take Dzemaili’s place after the Switzerland international left for MLS club Montreal Impact in the middle of the 2019/20 campaign. Meanwhile, Roberto Soriano was settled in the attacking midfielder role.

Depending on whose place needed to be filled, Svanberg would play as either a defensive midfielder or in the hole. Playing in the double pivot utilized his ability to cover ground and win the ball back, but despite having a good shot from distance, playing as a central attacking midfielder did not really suit him.

Svanberg played 25 times throughout the 2019/20 Serie A season and provided two assists but he started just 12 games. During that season, he did make his debut for Sweden though.

He had been capped multiple times at youth level and Janne Andersson decided to start him against the Faroe Islands in a Euro 2020 qualifier in November 2019. The Bologna player started in central midfield, scored a goal, and also created a goal for John Guidetti.

After two seasons of trying to find his feet in Italian football, Svanberg became an established member of the Bologna team in 2020/21, making 34 appearances, scoring five goals, and providing two assists. Mihajlović decided to start the Swede in the double pivot with Dutch midfielder Jerdy Schouten and use Argentine Nicolás Domínguez as a back-up option.

Schouten would be used to control the play in midfield whereas Svanberg performed at his best as a box-to-box midfielder and Domínguez would be brought off the bench or start some games as the ball-winner in midfield.

The Swede made his most impressive contributions offensively against Sampdoria and Spezia in the second half of the 2020/21 season. He scored and also supplied an assist in the 3-1 victory against the Blucerchiati in Week 27 and then he also got a double against the Aquilotti in Week 31.

Bologna was leading 2-1 at half-time thanks to goals from wide forwards Riccardo Orsolini and Musa Barrow. Not a surprise there to those who follow the Felsinei. In the second half, it was someone who played in a deeper role who got a brace.

Svanberg scored his first with a flick from the outside of his right foot and his second came after a corner when he made a late run to head the ball in at the far post.

The 22-year-old was selected to represent Sweden at Euro 2020 but he contracted COVID-19 prior to the tournament. Janne Andersson kept him in the 26-man squad but the Bologna midfielder did not feature in any of the matches. Since the tournament, Svanberg has played seven more times for his country as the Swedes attempt to qualify for the 2022 World Cup via the play-offs.

At club level, he has played all 19 of Bologna’s Serie A matches so far in 2021/22, scoring three times and supplying two assists. Mihajlović was struggling to get results with his preferred 4-2-3-1 formation while Schouten has been out for most of the season with injuries.

This has prompted Mihajlović to switch to the 3-4-2-1 formation and Bologna is equal ninth in Serie A with Empoli on 27 points midway through the season. Svanberg has often played beside Domínguez in central midfield. The new formation allows the duo to protect the defense behind them but they can also assist the forward trio of Soriano, Barrow, and Marko Arnautović when the Felsinei hit the break.

Svanberg’s performances for Bologna have reportedly drawn the attention of English Premier League clubs Arsenal and Tottenham Hotspur, who will both be looking to reinforce their squads as they fight for places in the European competitions in 2022/23.

With his ability to contribute defensively as well as offensively, the North Londoners will be eager to lure the Swede to their respective clubs and for him to add some extra energy in their midfields.

At 22 years of age, Mattias Svanberg is already developing into an all-round midfielder. Even if his long-term future is not in Bologna, he is more than capable of thriving elsewhere at club level, and for Sweden, a midfielder of his characteristics would also benefit its national team in the long run.