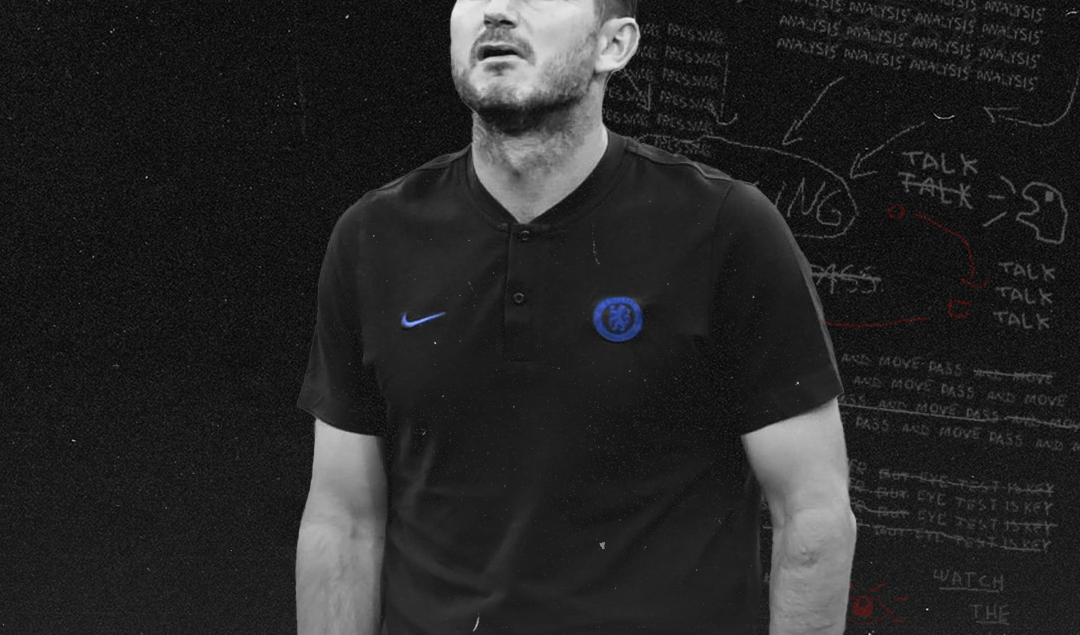 Chelsea have had one of the best transfer windows in recent history, signing some of Europe’s most lauded talents for agreeable prices in a time when not every club can afford to splash the cash.

To many elated fans, this symbolises the fruitful blend of assertive but astute business they have been crying out for since the FIFA-imposed transfer ban forced the club to look within its perennial academy production line.

But to envious onlookers (of which there are many), this has only stoked unreasonable expectations of instant domestic success. Should Frank Lampard falter in achieving this, he will be dealt all manner of fraud-related taunts and sneers as Jürgen Klopp and Pep Guardiola were before him.

What Lampard does have in common with the league’s top two managers is he appears equipped with a long-term strategy to accompany Marina Granovskaia’s shrewd business.

Hakim Ziyech, Timo Werner and Kai Havertz all cited Lampard as the driving force in their decision to move to Stamford Bridge – an indication the manager has sold a vision convincing enough to lure such exciting prospects, not only away from rivals but, away from the familiarity of their respective clubs.

Despite Klopp distancing himself from comparisons to clubs “owned by countries and oligarchs,” his and Lampard’s first seasons bear striking parallels. Both were keen to revive the attacking identity associated with their new clubs after the sale of their most dangerous attackers.

In the immediate term, the two clubs embarked on different journeys but arrived at similar conclusions. Lampard, a young manager with a point to prove, entrusted a disenfranchised youth setup whereas Klopp sought to mould another manager’s players in his ‘rock and roll’ image.

Interestingly, both managers delivered European nights packed with delirium which also epitomised the issues which plagued them in their first seasons. Chelsea’s 4-4 draw against Ajax at Stamford Bridge and Liverpool’s 4-3 comeback against Dortmund at Anfield stand out as games where the shift towards progressive (albeit at times chaotic) football were showing signs of prevailing once again after years of tactical obscurity.

With minimal immediate financial backing, both managers still somewhat exceeded expectations, with Klopp taking Liverpool to their first European Cup final since 2006/07 and Lampard keeping Chelsea in the top four from October until the season’s end with an FA Cup final appearance to boot.

These similarities also translated when assessing the weaknesses of both sides in their manager’s first season.

But perhaps the biggest parallel one could draw from these two seasons is that amidst the chaos, the performances were a breath of fresh air and garbed both clubs with new identities showing clear signs of improvement from previous managers.

Before Lampard, Antonio Conte and Maurizio Sarri were very much focused on results rather than the quality of football on show during their respective tenures and were criticised as soon as results turned sour, as fans could no longer convince themselves the club was moving forward.

As Klopp showed (and as Lampard is beginning to show), stamping an attractive identity and enacting a long-term project is perhaps the most sustainable method of success in the modern game. Klopp famously gave himself four years to gift Liverpool their first Premier League title in his opening press conference and it would be wise to allow Lampard a similar period to build his legacy.

While the forceful manner in which Klopp was victorious could prove a hard act to follow, Chelsea certainly have the supporting cast to build a side with a championship window just as Liverpool’s begins to shut – a prospect which should subdue the ravenous appetite for Lampard’s failure.

Chelsea’s recruitment in this window follows a similar but exaggerated trajectory to Liverpool’s after Klopp’s first season. The arrival of Sadio Mané and Mohamed Salah to form a formidable trident with Roberto Firmino was then followed by the more defensive signings of Virgil van Dijk, Alisson and Fabinho.

Chelsea’s purchase of Werner, Havertz and Ziyech will likely complement Christian Pulisic and should give Chelsea even more attacking impetus than they surprised many with last season. To heap such a significant outlay on attackers with a leaky defence seems counter-intuitive at first glance.

But logically speaking, goals win games and the more goals Lampard’s side can score, the better chance he has of winning games and staying in favour for long enough to see out his vision. As it did for Klopp in future seasons, the defensive reinforcements will come.

But while the first pieces of Lampard’s revolution are in place, to expect the team to close a 33-point gap on Liverpool is unreasonable, particularly with their defensive record. Chelsea conceded 54 goals last season – just one shy of the most they have ever conceded in a Premier League campaign.

According to WhoScored, Chelsea conceded more goals on the counter than any other Premier League team. On top of this, Kepa Arrizabalaga only seems to make headlines after a goalkeeping blunder or when a replacement is being touted with Lampard forced to switch to a back three at the end of last season to give his side defensive security.

The acquisition of Thiago Silva on a free should inject some short-term defensive nous in a muddled and largely inexperienced back line – although the Premier League does have a rich history of reminding ageing centre backs just how old they are.

Coincidentally, Chelsea hold the record for the most improved points total after their tumultuous 2015/16 season where they accrued 43 more points in 2016/17. This is followed by Leicester’s remarkable league triumph in 2015/16 where they won 40 more points under former Blues manager Claudio Ranieri than in the previous season.

Judging by the scale of these differences compared to the other entries, it is clear that these two are anomalies which can be explained but not replicated.

José Mourinho’s trademark third season meltdown tends to make the next manager look very good in comparison and that was largely the case with Conte’s arrival. This also came at a time where there was no real favourite to win the league and most of the top clubs were in the process of re-identifying themselves.

This state of limbo allowed Leicester a shot at the Premier League crown which they duly took after narrowly escaping relegation in the previous campaign. While an admirable step-up, it does not compare to the leap Lampard would have to scale to supersede – or even challenge – such unprecedented levels of quality in one season.

For the likes of Klopp and Guardiola, 90+ points has been the standard for the past three seasons. For Lampard, it should be an aspiration – and that is not a slight on his managerial capabilities. His main aim should be to make sure his new pieces click with his current ones.

In some respects, the star-studded arrivals have overshadowed the quality Chelsea possessed last season. Tammy Abraham had the fourth-highest non-penalty expected goals per 90 minutes in the league with 0.59, Pulisic finished his first season with 11 goals and 10 assists and Mason Mount impressed both in midfield and as a wide attacker.

The likes of Callum Hudson-Odoi, Ruben Loftus-Cheek and Reece James are all expected to follow suit but their access to first-team football will be less of a right and more of a fight. Many have posited how Lampard can get the best out of his squad tactically, but his man-management skills will also be up for scrutiny.

With such an array of attacking talent comes the headache of making tough decisions and dealing with the consequences of them. It is up to Lampard to ensure the squad’s harmony is not disrupted by an increase in competition. He must simultaneously integrate his new additions while galvanising the players he relied on so heavily last season to raise the overall level of quality.

As for the players, they have got to rise to the pressure for starting roles that investment brings, just as their manager did when Roman Abramovich first stepped onto the scene in 2003. Every poor touch, every misplaced pass, every wayward shot will be watched much closer than last season and they will find less reprieve for their shortcomings.

But if they are to be a part of Lampard’s vision, they must raise their game to that of Europe’s best. If they don’t, it will likely result in the revival of claims Chelsea have the worst best run academy in English football. Regardless, the procurement of top talent is just the first of many hurdles Lampard will have to clear in the coming season.

Lampard is forging a new route to success for Chelsea which favours the construction of a promising squad who will all reach their peak potential together as opposed to a side which will be in constant need of reshuffling – but this takes time.

Chelsea and Lampard’s perceived naivety on the biggest stages has worn off. With a full season under his belt and an attacking selection dangerous enough to make rival fans question their own club’s business, Lampard understands the pressure for improvement is on. But the gap which Manchester City and Liverpool spent years trying to establish cannot be bypassed after one window – no matter how hard Chelsea tries.

Of course, in the modern era, fans need little excuse to demand a managerial overhaul – especially after signing everyone else’s targets and not having a league title to show for it. But we must not lose sight of what Lampard is trying to build. Rome was not built in a day but Roman has previously burnt it in one.

Havertz, Werner and Ziyech all waxed lyrical about Lampard on arrival and, as young attackers who grew up watching their new manager in his pomp, it is easy to see why. But when Lampard gets a defender of the same quality to eulogise in these “exclusive” club interviews, then they’ll be cooking with blue flames.