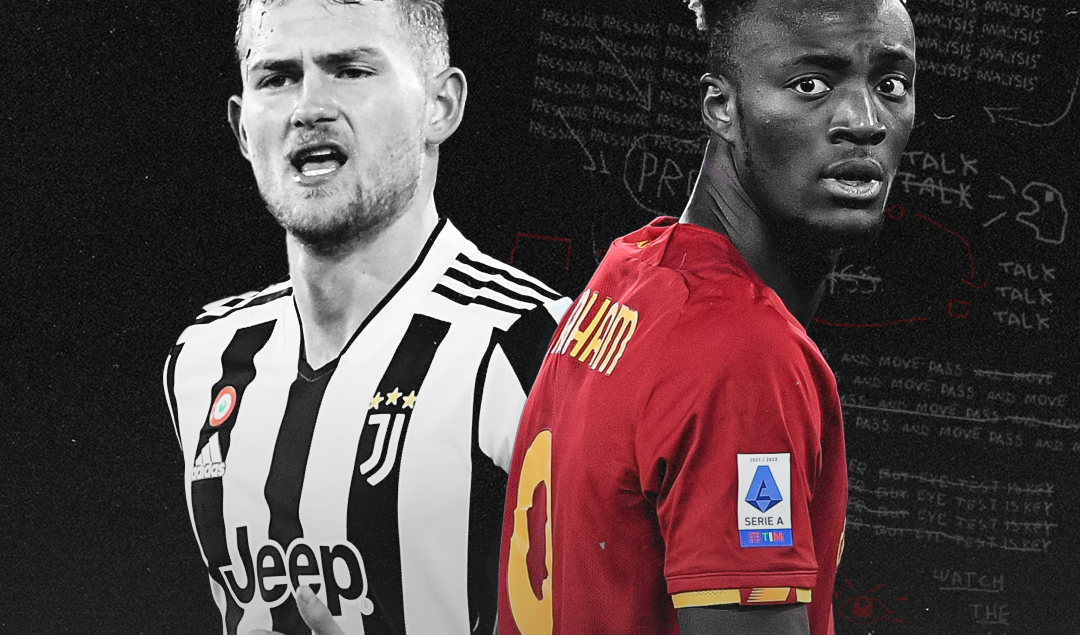 What is it that defines the best league in the world? It’s something football fans from the ‘Big Five’ leagues of Germany, England, Italy, France and Spain dispute every year. Is it the quality of the football we are watching? Is it the number of stars in the league? Is it how competitive and enthralling a title race it has?

One thing’s for certain; if it was based on sheer, madcap entertainment value, Serie A would take gold at the moment. There is a zany, peculiarly quirky discourse to how matches unfold in the league, completely unpredictable with an astounding ability to routinely surprise.

Take last weekend’s melodramatic experience of Juventus’ shock 4-3 comeback win against Roma. Pitting two managers past their peak in Max Allegri vs Jose Mourinho whose crowning era of respective glories seem to be well in the past.

Dubbed ‘The Derby of the has beens’ (mainly by me) a crucial fixture for both in attempting to obtain Champions League Qualification, something both managers not too long ago would expect at a minimum, but now are clinging on to desperately whilst doubly attempting to revive a fallen giant.

Tactics from the Italian and Portuguese managers perhaps demonstrate that the game has moved on without them, henceforth one was expecting a drab affair where the two canceled each other out, but alas, the Serie A gods sprinkled the match with an element of what is making the league unmissable at the moment: chaos.

Roma flew out of the traps, a roaring Olimpico and its favorite son Francesco Totti watching on all behind them. Tammy Abraham opened the scoring from a set-piece, increasingly showing Chelsea what they’re missing — you won’t be finding any strange ‘I miss my old club’ interviews here.

Juventus responded with a beautiful Federico Chiesa-Paulo Dybala combination with La Joya finishing beautifully. If the Bianconeri are to be anywhere near where they once were, you feel Dybala must find fitness now, especially with Chiesa going off with a season-ending injury after the equaliser.

Roma pegged Juve further back in the second half first through Henrikh Mkhitaryan then through an inch-perfect Lorenzo Pellegrini free-kick, Mourinho’s very own modern-day Frank Lampard, forcing Allegri and Juve to come out and play. When they have done that this season, they have looked at their best rather than Allegri’s ‘get a goal and hold’ methods.

On came Alvaro Morata. Normally this would induce a shrug of the shoulders, a ‘nice boy’ who has never truly grabbed his many chances at some of Europe’s biggest clubs to be the leader of the line, cruelly and at times horrifically abused in the Euros. The Italian capital would be the location of retribution of sorts or at least a reminder as to why he has played at Atletico Madrid, Chelsea, Real Madrid and Juventus.

Morata’s introduction was the turning point and the beginning of a furious comeback steeped in carnage. The Spaniard gave Juve a focal point allowing assistant manager Marco Landucci (with Allegri in the stands) to unleash Manuel Locatelli higher up the pitch with Arthur coming on for Rodrigo Bentancur.

In an astonishing seven minutes, Juve turned the game on its head, as Morata beat Carles Pérez down the right wonderfully before crossing for Locatelli to head home, a lifeline.

Then, the former Sassuolo man picked out Juan Cuadrado with a beautifully progressive pass we saw a lot of in the Euros but not much in the season thus far, as Cuadrado crossed for Morata whose presence had drawn three Roma defenders, as the ball ricocheted to Chiesa replacement Dejan Kulusevski, who lashed home. It was ruled out for offside before VAR intervened leaving the Stadio and Roma crushingly shellshocked.

That was far from the end. There was a running theme of redemption arcs for maligned Juve players on the night, each one having their moments. None more so than the scorer of Juve’s winner, enter Mattia De Sciglio, who has somehow hung around since 2017 and not scored for half a decade.

As ‘Smalldini’ perhaps reeling from conceding two in such short time failed to deal with a long ball De Sciglio dispatched the ball brilliantly past an ailing Rui Patricio, sending the Old Lady into bedlam. There was still time for a customary Matthijs De Ligt handball in the area giving Roma a penalty with ten minutes left and Juve reduced to ten.

Up stepped Pellegrini, former Roma keeper Wojciech Szczesny came back to haunt his team and save tremendously to be mobbed by black and white shirts.

The twists and turns were otherworldly, favorite characters of past popped up to play their part — we even got Giorgio Chiellini to march on for the final 10 minutes with a bandage on his head just because! I should surely look up whether he had a legitimate injury or whether that was a war tactic.

Juventus closed out for an improbable victory showing fight and grit they seemed to lack since being dethroned at the top in Italy as Mourinho and Roma were left wondering just what went wrong, most likely kissing goodbye to their Champions League hopes and questioning whether hiring Mourinho has actually improved them.

The Old Lady Is Broken – Where Do Juventus Go From Here?

This piece isn’t being written based on the extraordinary events that occurred on a chilly night in Rome but rather it encapsulates the league at this current juncture, if there was a game to provide you with a ‘Free Trial’ of what the monthly subscription of Serie A looks like, this was it.

The game was one of three that same weekend to have six or more goals scored, 33 games have had 5 goals or more scored in them, we’ve had two 4-3s, three 3-3s, an astounding fourteen 3-2s, two 4-2s and one 4-4 for good measure, and we’re only halfway into the season.

The league said ‘hold my beer’ to all those who erroneously retain the outdated perception of it still being a ‘defensive’ league, those days are long gone.

A game is meandering along? No problem, the laughable level of officiating will step in to produce a red card/penalty out of nowhere. Not that I’m championing the fact the officiating is bad, but even the referees add to the pandemonium rather than controlling it.

There seems to be a ‘Big Fixture’ every week or at least every other week with the seven sisters (Juventus, AC Milan, Inter Milan, Roma, Lazio, Napoli, Atalanta) dueling one another with every team containing exciting talent.

It is apparent that mostly when these teams have adopted a more attacking, possession-based approach more in line with the game’s modern tactics, they have become more successful (Atalanta, AC Milan, Napoli). There is no sense of cagey chess-matches like you see in the Premier League when big teams collide, rather akin to a high-octane, frantic slugfest, like the one we saw in Rome.

On the fringes of the ‘traditional’ top teams are admirable squads playing expansively gorgeous football at times, with the influence of the Tiki-Taka con boom that we saw so wonderfully exuberated by the Azzurri in the Euros rippling from the top to the bottom of the league.

Even teams at the bottom like Venezia and the Thiago Motta-managed Spezia are pleasing on the eye when they could so happily stick to a low block and squeeze defensive points to stay in the league. The league’s plethora of attacking talent has a license to showcase its ability with the onus less on defending.

Exgravant theatrical subplots seeped in drama akin to an HBO-esque show like Succession ensure there is always a sensational story to follow.

The Milan clubs resurgence is well underway, Luciano Spalletti gets a red card for simply applauding a referee, Jose Mourinho has found ‘another’ club to call out the mentality of players as ‘weak’, Maurizio Sarri is busy chewing cigarette butts trying to bring ‘Sarri-ball’ to Lazio with entertaining consequences, scoring the joint 2nd most but conceding the same as 19th place Genoa.

The Swedish Benjamin Button, 40-year-old Zlatan Ibrahimovic is busy leading Milan for an end-of-career swansong, and Diego Simeone’s son is making a name for himself as a forward for Verona.

Andriy Shevchenko, yes that Sheva, has been dismissed from the job at Genoa and they may turn to Davide Ballardini again, a man who has taken the reigns of Genoa four times but never actually completed a full season with them, because it’s not you, it’s me, please come back Ballardini.

Venezia, the club representing the shimmering city of Venice have possibly the sexiest kit of all time, supporters and opposition teams are driven in by boat to play against them.

Wherever you turn in Calcio you are not far away from a riveting story. The Premier League with its money is Formula 1, teams have an infrastructure in place to have a composed level of high-class competitiveness. Serie A in comparison is the NASCAR of leagues, with a dash of the bizarre and a sprinkle of eccentricity, unpredictably haywire you simply cannot take your eyes off of, not since the 90’s has Calcio been so utterly engrossing.