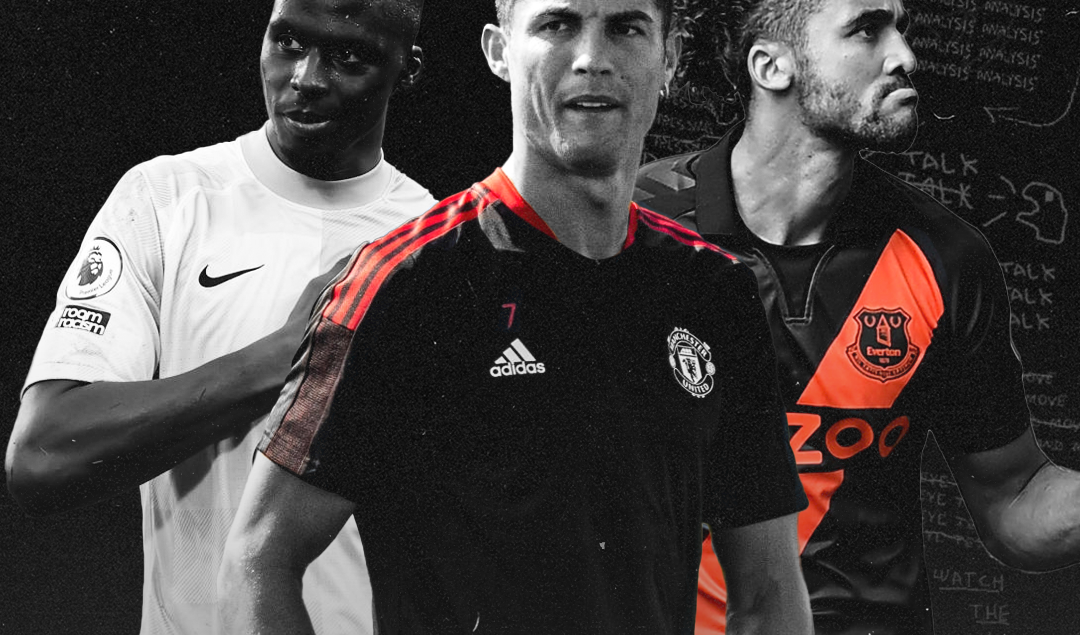 Following a hectic first international break of the 2021/22 season, the Premier League is finally back for an intriguing matchday 4. Crystal Palace kick off the weekend’s action at 12:30 pm local time on Saturday when they host Tottenham, the only Premier League team to have won each of their three games thus far.

After coming off the bench against Wolves, Harry Kane led the line for Spurs in their third consecutive 1-0 victory under Nuno Espírito Santo. The sole goal came right before halftime after Craig Cathcart bodychecked Steven Bergwijn, setting up a free kick outside the box. Heung-min Son’s set-piece failed to find any Tottenham player, but instead, took a bounce and evaded the reach of Daniel Bachmann, with the South Korean forward bagging his second league goal in three games.

Palace, on the other hand, held West Ham to a 2-2 draw thanks to a brace from Chelsea loanee Conor Gallagher. The Premier League odds currently have Spurs as -200 to finish in the top six and +250 to finish in the top four, whilst Palace are +125 to be relegated. However, Patrick Vieira’s side will be looking to pick up their first win of the season against a Spurs team that will be playing Rennes in the Europa Conference League on Thursday.

Spurs come out of the international break severely weakened; Son suffered a calf injury against Iraq and was absent against Lebanon, whilst Oliver Skipp and Ryan Sessegnon were sidelined with injuries whilst on international duty with England’s U-21 team. Moreover, Giovani Lo Celso, Davinson Sánchez and Cristian Romero will miss the trip to Selhurst Park after traveling to South America for this month’s World Cup qualifiers.

The Palace match will be followed by a mouth-watering lunchtime fixture; Wolves, one of the three Premier League sides to not pick up a single point thus far, will visit Vicarage Road and take on Xisco Muñoz’s Watford. The other two point-less teams, Arsenal and Norwich City, will be facing off against each other at the Emirates Stadium. Both teams landed a defender on deadline day via the arrivals of Takehiro Tomiyasu and Ozan Kabak, respectively, although it remains to be seen if either will make the starting line-up.

One of the more intriguing fixtures of the 3 p.m. time slot will be Brighton’s visit to Brentford, in a match that will see two teams that have exploited a ‘Moneyball’ approach to develop young players and sell them for massive profits. In their first-ever Premier League season, Brentford have defeated Arsenal, drawn to Palace, and taken a draw at Villa Park thanks to an early goal from Ivan Toney, the man who replaced Ollie Watkins following his departure to Villa.

After securing a historic fifth consecutive season in the Premier League, the Seagulls clawed their way to a comeback win against Burnley at Turf Moor before defeating Watford at home and eliminating Cardiff City from the EFL Cup. And while they were beaten by Everton, they will be looking to count on new signing Marc Cucurella to limit Bryan Mbuemo’s impact on the right flank.

All eyes will be on Leicester City as they host Manchester City at the King Power Stadium. The Foxes have assembled an impressive record against Pep Guardiola’s side over the past year, defeating them 5-2 on September 27, 2020 and beating them in the Community Shield. Brendan Rodgers will be looking to count on Ryan Bertrand, Jonny Evans and Jannik Vestergaard as he attempts to take points from the defending champions ahead of Thursday’s match against Napoli.

Whilst Leicester’s match against City is perhaps the most appetizing fixture, Newcastle’s trip to Old Trafford is bound to draw eyeballs for one major reason. After an action-packed few weeks that saw him join Manchester United amid interest from their crosstown rivals and score a decisive brace against the Republic of Ireland to become the highest international scorer of all time, Cristiano Ronaldo is set to make his second Premier League debut against the Magpies.

Saturday’s action draws to a conclusion with Aston Villa’s trip to Stamford Bridge. The reigning Champions League winners have had an impressive start to the 2021/22 season under Thomas Tuchel, pipping Villarreal to the UEFA SuperCup on penalties, comfortably defeating Crystal Palace and Arsenal, and hanging onto a 1-1 draw at Anfield against Liverpool after Reece James’ controversial expulsion.

The past two fixtures between the teams saw them draw 1-1 followed by a 2-1 victory for the Villans, with goals from Anwar El Ghazi and Bertrand Traoré giving the hosts the three points. Chelsea will be looking to count on Saúl Ñíguez, who, after arriving on loan from Atlético Madrid on deadline day, could provide some much-needed steel to the midfield, as well as Romelu Lukaku, who found himself subdued by Joël Matip and Virgil Van Dijk in the previous fixture.

Thomas Tuchel will be without N’Golo Kanté and Christian Pulisic, although Dean Smith’s absences are even more pressing as Emiliano Buendía and Emiliano Martínez are unavailable after traveling abroad to play for Argentina in this month’s World Cup qualifiers. Jed Steer will be hoping that his back four can hold their own against Lukaku, who, after a so-so game against Liverpool, will be licking his lips for his home debut at Chelsea.

The lone fixture on Sunday will see Leeds United host Liverpool at Elland Road. Jürgen Klopp will be without his Brazilian trio of Roberto Firmino, Alisson Becker, and Fabinho, who refused to report to international duty and were subsequently hit with a five-day ban from FIFA. James Milner is unlikely to feature against his former club, as is Takumi Minamino who picked up a thigh injury during the international break.

Robin Koch is still recovering from a pelvic injury and will be unavailable to face the Reds, although Junior Firpo, Stuart Dallas and Mateusz Klich are ready to return. Marcelo Bielsa will be looking to count on Daniel James, who joined from Manchester United on deadline day for a fee of £25 million, and with Raphinha unavailable after failing to appear for international duty with Brazil, the Welsh forward could be set for a full debut against Liverpool.

Leeds’ first Premier League match in 16 years saw them push the reigning Premier League winners until the final whistle, when Rodrigo Moreno bundled Fabinho over and allowed Mohammed Salah to score a penalty in the 88th minute to give Liverpool a 4-3 win. The first match in the wake of the shocking European Super League announcement saw Liverpool take the lead early on via Sadio Mané, but Leeds had the last laugh thanks to a late equalizer from Diego Llorente.

It remains to be seen if Klopp will rotate ahead of Wednesday’s Champions League match against Milan, but it is clear that Leeds are in need of a strong result. After an impressive ninth-placed finish last season, Bielsa’s side have picked up just two points from their first three games against Manchester United, Everton and Burnley, and a loss could land them in the relegation zone ahead of Friday’s visit to Newcastle.

To wrap up Matchday 4, Everton will host Burnley at Goodison Park on Monday. The Toffees have enjoyed an impressive start under Rafael Benítez and are level on 7 points alongside Manchester United, West Ham, Chelsea and Liverpool; Burnley, on the other hand, have picked up just one point thus far. The Clarets looked headed for three points against Leeds after Chris Wood opened the scoring against his former club, only for Patrick Bamford to grab a late equalizer.

It remains to be seen if Seamus Coleman will be fit after suffering a hamstring injury with the Republic of Ireland, whilst Fabian Delph and James Rodríguez are unlikely to make the matchday squad. However, Dominic Calvert Lewin is expected to be available despite pulling out of international duty with England due to a thigh strain, whilst new signing Salomón Rondón, Ben Godfrey, Jean-Philippe Gbamin and Yerry Mina could be back in the fold as well.

Expect Sean Dyche to go with his traditional 4-4-2 formation with James Tarkowski partnering Ben Mee in the heart of defense and Ashley Westwood and Josh Brownhill playing together in the double pivot. Kevin Long, Connor Roberts and Dale Stephens are unavailable, whilst new signings Nathan Collins and Maxwel Cornet are questionable with injuries.

Cornet is the first foreign player to join the club from abroad since Steven Defour’s arrival from Anderlecht in 2016, with the 24-year-old arriving from Lyon for a joint club record fee of £15 million — a fee only matched by the signings of Ben Gibson and Chris Wood. The Ivory Coast international can play either as a fullback or as a winger, often on the left flank, but Dyche has his work cut out for him as he attempts to fit in Cornet and Dwight McNeil into the same team.