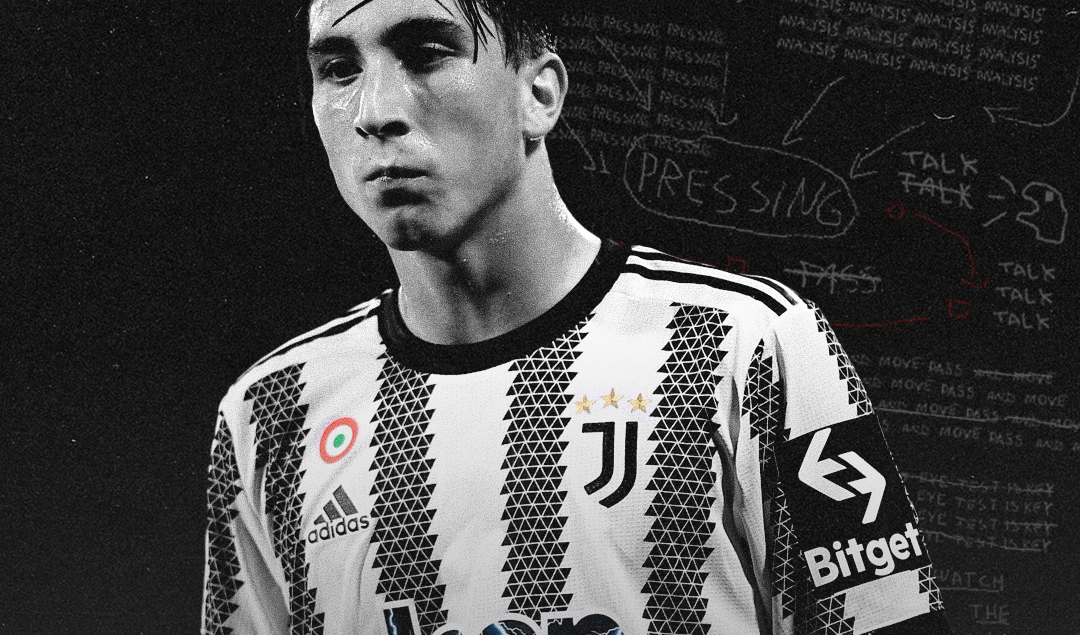 Juventus has a number of young midfielders that are on loan at other clubs or they are still playing in the youth teams until a chance arises with the senior squad. The likes of Nicolò Fagioli, Filippo Ranocchia, and Nicolò Rovella are just a few of the youngsters that the Italian giants could turn to in the future.

Arguably the hottest young prospect that Juventus has in its midfield though is 18-year-old Fabio Miretti. A technically gifted midfielder with great composure, he has worked his way up the ranks of the Bianconeri youth system and he made some appearances in the Juve senior squad towards the end of the 2021/22 campaign.

Born on August 3, 2003 in Pinerolo, situated approximately 40 kilometers south-west of Turin in northeastern Italy, he then grew up in a town called Saluzzo located another 30 kilometers away. Miretti joined his local club Auxilium Saluzzo, and played in the Piccoli Amici squad, which is for boys around the ages of five and six.

He then played for AC Cuneo 1905 before he joined the youth academy of Juventus in 2011. As he rose up the youth levels, Miretti had often played as a central midfielder. However, he featured in the Bianconeri’s under-17 squad and the coach Francesco Pedone decided to play him as a trequartista or attacking midfielder in the 4-2-3-1 formation.

Throughout the 2019/20 season, Miretti scored an impressive 16 goals and also provided six assists in 17 league matches, only for the initial COVID-19 outbreak in Europe to put the Under-17 championship on halt.

In the following campaign, the midfielder played for the Juventus Primavera squad and was placed in his natural central midfield role in a double pivot under Coach Andrea Bonatti. He scored six goals and supplied four assists in 27 Primavera 1 matches, and he also made four substitute appearances for Juve’s Under-23 team.

Miretti found opportunities limited in 2020/21 in the Under-23 squad but 2021/22 proved to be a season in which the young midfielder would regularly face senior footballers.

Coach Lamberto Zauli immediately put him in the midfield when the Juventus Under-23 opened its campaign against Pro Sesto in the Coppa Italia Serie C. The Bianconeri found themselves 2-0 after 17 minutes but they astonishingly came back to make it 2-2 in the 40th minutes.

Juve emerged as 3-2 winners in their first-round tie and the young midfielder was given the captaincy in their second-round clash against Feralpisalò. He was not directly involved in the goals but he played for 77 minutes as La Vecchia Signora also went on to win that game 3-2. Juventus was eventually eliminated by Südtirol in the Round of 16.

In the league, Juventus finished eighth in Serie C Girone A with 54 points, and it was eliminated by Padova in the quarter-finals of the Serie C play-offs. Although both sides had registered a 1-0 win each over the two legs, the Paduans progressed to the semi-finals on the virtue of a higher league placing.

Miretti impressed in Serie C, scoring three goals and supplying four assists in 26 league matches, and he also featured again for the Primavera side, this time in the UEFA Youth League. He made two appearances in that competition in 2019/20, but he featured more regularly this season, playing five times and scoring twice as Juventus reached the semi-finals.

The Bianconeri were 2-0 down against Benfica after just 10 minutes but they managed to come back in the second half and level the scores. Penalties were needed to decide the result, although Miretti converted his spot kick, Nicolò Turco and Matías Soulé had theirs saved and the Portuguese giants went to the final after winning the shoot-out 4-3.

Miretti made his impact at different levels throughout the 2021/22 campaign, and his performances with the Primavera and the Under-23 teams earned him selection for the senior squad. It was because of his promotion to the seniors that he did not feature in the Serie C play-offs for the Under-23 side.

Juventus coach Massimiliano Allegri had given the 18-year-old his senior debut in the 1-0 victory against Malmö FF in the final Group H game in the UEFA Champions League but it seemed to be nothing more than a time-wasting exercise.

The same thing happened when the midfielder made his debut in Serie A in the 2-0 win against Salernitana in Week 30 and he got a measly three minutes in the 2-1 victory against Sassuolo in Week 34.

It came to the point that Allegri had to start using the promising midfielder. With the likes of Weston McKennie and Manuel Locatelli injured, and Brazilian playmaker Arthur lacking the consistency to merit a place in the starting line-up, Miretti was finally given the chance to start in the Bianconeri midfield in Week 35 against Venezia.

Juventus struggled against the Arancioneroverdi but it still managed to win 2-1 thanks to experienced defender and birthday boy Leonardo Bonucci scoring twice. However, Miretti could be proud of his performance too after being involved in both goals. The first goal came from a free-kick from the right-wing, which the 18-year-old took, and the winner was from his corner from the right.

The midfielder went on to start in La Vecchia Signora’s last three Serie A matches for the season but the Italian giants did not win after their clash against Venezia. Miretti finished the 2021/22 campaign with seven senior appearances and Juve fans will be hoping that he earns more time next season.

He has earned comparisons with former Juventus and Italy midfielder Claudio Marchisio from the Italian press, largely due to the way he has come through the youth ranks and made it to the senior squad. However, their styles of play are not the same.

Marchisio throughout his career was a box-to-box midfielder but he was used a regista or deep-lying playmaker in the twilight of his career. Miretti is arguably more versatile and can play anywhere in a midfield trio or behind the strikers.

He was a hard-working player that improved his skills on the ball over the time whereas Miretti is more polished and composed with the ball at his feet. The 18-year-old has also demonstrated maturity beyond his years but he needs to be given more opportunities by Allegri.

On the international stage, he has represented Italy in various youth teams, which includes 11 appearances with the Under-16 team and 10 games so far with the Under-19 side. His talent has been acknowledged by the senior team as well as Azzurri coach Roberto Mancini selected him for a training camp in May as a replacement for injured Torino striker Pietro Pellegri.

Fabio Miretti is certainly a midfielder with plenty of potential and he is someone who already understands what the environment is like. If he is given more opportunities with the seniors in 2022/23, his development as a footballer can become greater and the Bianconeri could have a midfield gem in their hands.