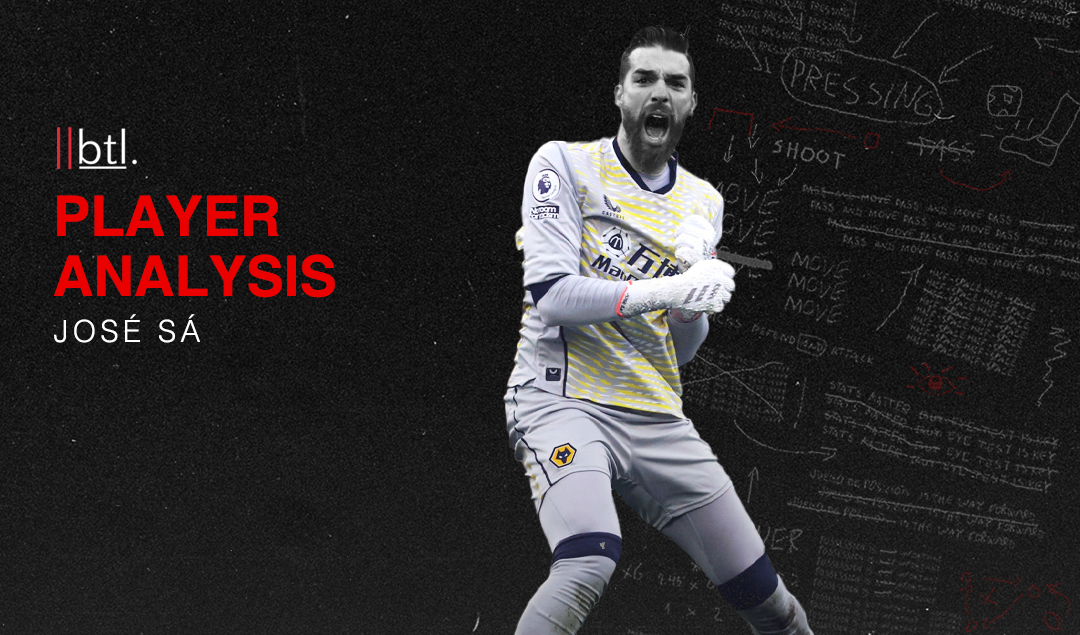 With the departure of key figures such as manager Nuno Espírto Santo and goalkeeper Rui Patricio, as well as the long-term injury of Pedro Neto, Wolverhampton Wanderers were left with big decisions to make in the summer of 2021.

Nonetheless, they seem to have tackled and silenced the doubters with appointments of former Benfica manager Bruno Lage at the helm and José Pedro Malheiro Sá, an outstanding nomadic goalkeeper within the sticks.

He has had his doubters due to the strong defensive system enforced by Lage, and many weren’t convinced by José Sá until his heroics against Manchester United a fortnight ago.

The now 29-year-old who stands at 1.92metres (6’2 ft) tall bounced around from various clubs during his youth and this led to him taking time to settle at a team. 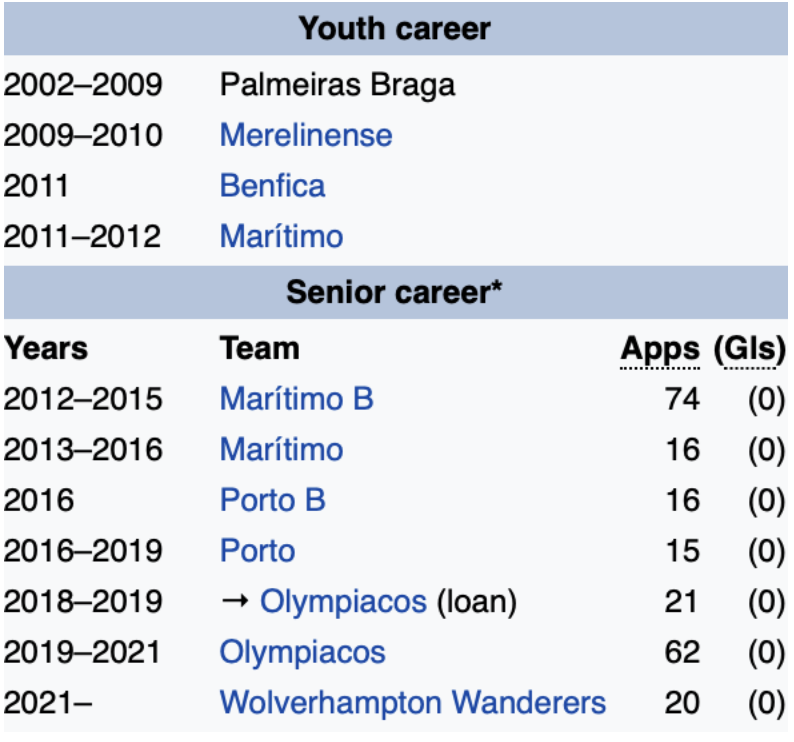 Nonetheless, the Braga native would go on to finish his development at Maritimo, preceding his eventual breakthrough at the Madeira club and making his debut at 18 for their B team, playing the full 90 minutes in a 0-0 home draw against U.D. Oliveirense on January 23, 2013.

The following summer saw him promoted to the first-team squad by current manager Pedro Martins, with Sá making his Primeira debut on August 18, 2013 in a 2-1 home win against eventual league winners Benfica.

Sá would go on to start in the next five league matches before being dropped after a 4-3 loss to Paços de Ferreira, making just two starts after the loss to Paços on September 28, 2013.

The 2014/15 season saw him make even fewer appearances in the league (3), with French veteran Romain Salin maintaining a strong grip on the starting spot in goal.

He would make just five league appearances in 2015/16 before being sold to Porto for €1.5 million on January 25, 2016, with him and Marítimo teammate Moussa Marega joining on contracts through June 2020.

He would have to wait nearly two years before making his debut, starting in a 3-2 loss to RB Leipzig on October 17, 2017, with Sá committing a blunder in the eighth minute that saw Willi Orban put the hosts ahead.

Nevertheless, Sá held onto Sérgio Conceição’s trust and remained a regular fixture in the line-up over the next four months, until a 0-5 loss to Liverpool on February 14, 2018.

Following this humiliating defeat, Casillas regained his starting spot and held onto it until the end of the season, as Porto won their first league title in five years and ended Benfica’s hegemony.

With Casillas starting in goal and Vaná and Diogo Costa waiting in the wings, Sá was deemed surplus to requirements at Porto and was sent out on loan to Greek giants Olympiacos, with manager Pedro Martins reuniting with the goalkeeper that made his debut under his management.

Sá quickly became first-choice over Andreas Gianniotis, making a total of 31 appearances as Olympiakos finished second, crashed out of the UEFA Europa League at the Round of 32, and lost in the Greek Cup in the quarterfinals. A disappointing return, but nevertheless enough to convince the Greek club to sign him on a four-year deal for a fee of €2.5 million.

Apart from Sá, Olympiakos also brought in the likes of Mathieu Valbuena, Youssef El Arabi and Rúben Semedo in the summer of 2019. Olympiakos, who had lost the previous two league titles to AEK Athens and PAOK, won the domestic double, with Sá keeping 18 clean sheets in 26 league games and winning the Goalkeeper of the Year Award.

Sá’s tally of 13 clean sheets the following season wasn’t enough to secure the same award in 2020/21, but it certainly helped his team to back-to-back title wins, with Olympiakos winning the title with a 16-point gap over second-place Aris Thessaloniki. Sá, despite not having made a single appearance for Portugal’s senior team, was primed for a big move.

It started when new Roma manager José Mourinho immediately demanded an upgrade between the sticks over the ineffective Pau López and Robin Olsen, with Portugal’s long-time #1 Rui Patrício joining on a three-year deal.

To replace the Portuguese veteran, Wolves signed Sá — five years Patrício’s junior — on a five-year deal for a fee of €8 million, whilst Olympiakos signed Czech goalkeeper Tomáš Vaclík on a two-year deal after his contract with Sevilla expired.

Despite competition from the likes of David De Gea, Ederson, Édouard Mendy and Alisson, José Sá has arguably been the finest goalkeeper in the Premier League this season alongside Arsenal’s summer signing Aaron Ramsdale.

Sá, who turned 29 on Monday, has had a fine start to life in England, contributing to 8 clean sheets (joint-4th with Hugo Lloris) and even registering one assist in 20 games.

He stands at 6’2′ tall and hasn’t taken any time adapting to the physicality. Part of his standout attributes are his dominant presence inside his box and ability to come out of his area to sweep up behind his defence.

However, what stands out the most is his shot-stopping ability, be it with his hands or feet, as highlighted in his heroics during Wolves’ 1-0 victory against Manchester United on January 3.

Additionally, Sá boasts the best save percentage of any goalkeeper that plays regularly, but what is very impressive is his cat-like reflexes to shots from close range.

His 78.2% save percentage before the match against United for shots inside the 18-yard-box puts him ahead of his counterparts by a distance, proving that he makes the tough saves more consistently than anyone else. 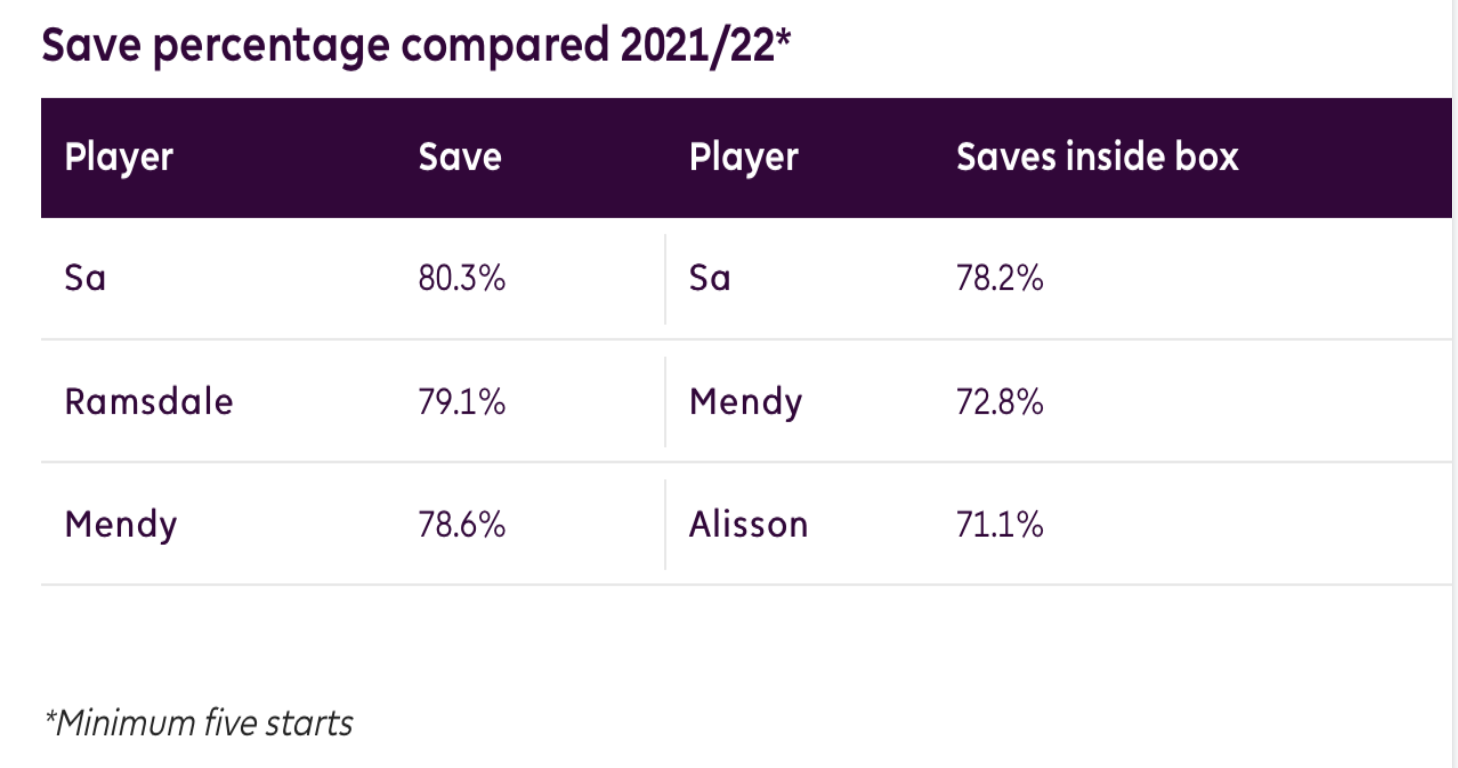 In terms of preventing Expected Goals (xG), he is in the top two according to Opta, not letting in an additional 4.5 goals that Wolves should’ve conceded. Only Arsenal’s Aaron Ramsdale ranks higher according to this metric as highlighted below.

Whilst many goalkeepers such as Emiliano Martínez and Jordan Pickford have conceded more goals than their xG conceded, José Sá has conceded just 15 goals in the Premier League in contrast to his 24.6, representing an overperformance of 9.6. In contrast, Ramsdale has overperformed by 3.2 goals, De Gea by 2.3, Mendy by 4.3, and Alisson by 2.2. 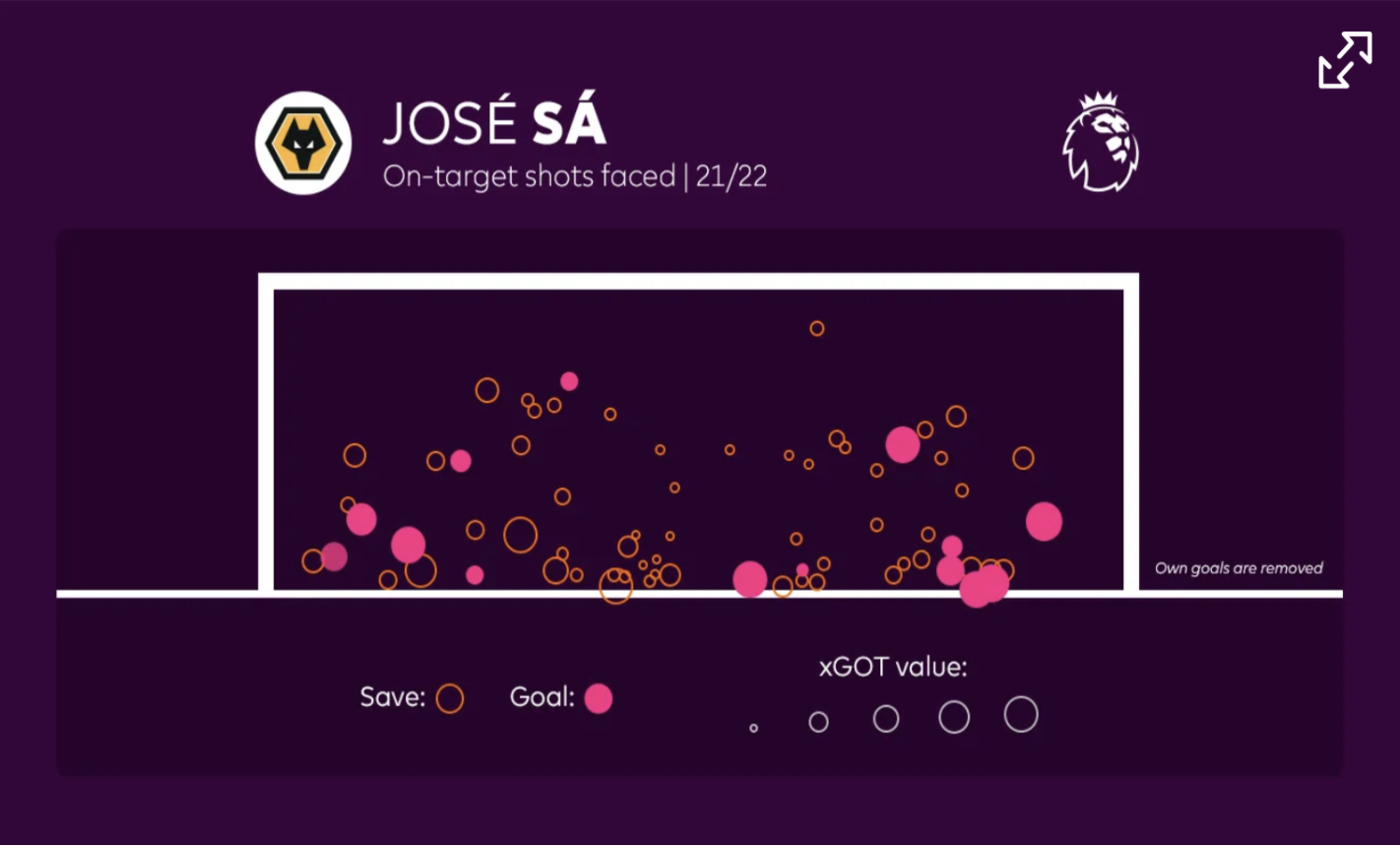 In terms of Post-shot Expected Goals, Sá’s +6.7 is up there with the best — only Manuel Riemann of VfL Bochum and De Gea rank higher in Europe’s top five leagues.

When you consider the fact that he has only made the fourth-most catches (20) and is tied with Allison’s total of 14 for the most ‘keeper sweepings’, it is clear that they have signed an accomplished jack-of-all-trades in the goalkeeper department.

He wasn’t able to showcase his skills at Porto or Marítimo, but at 29 years of age, José Sá has entered his prime and emerged as one of the finest goalkeepers in the Premier League for Bruno Lage’s Wolves.

With Rui Patrício approaching 34 years of age, Sá could be in line to do what he did at Wolves, and replace Patrício as Portugal’s #1. Before doing so, though, he’ll need to make his maiden appearance for Portugal, and then beat out competition from Anthony Lopes, Luís Maximiano, and Diogo Costa.