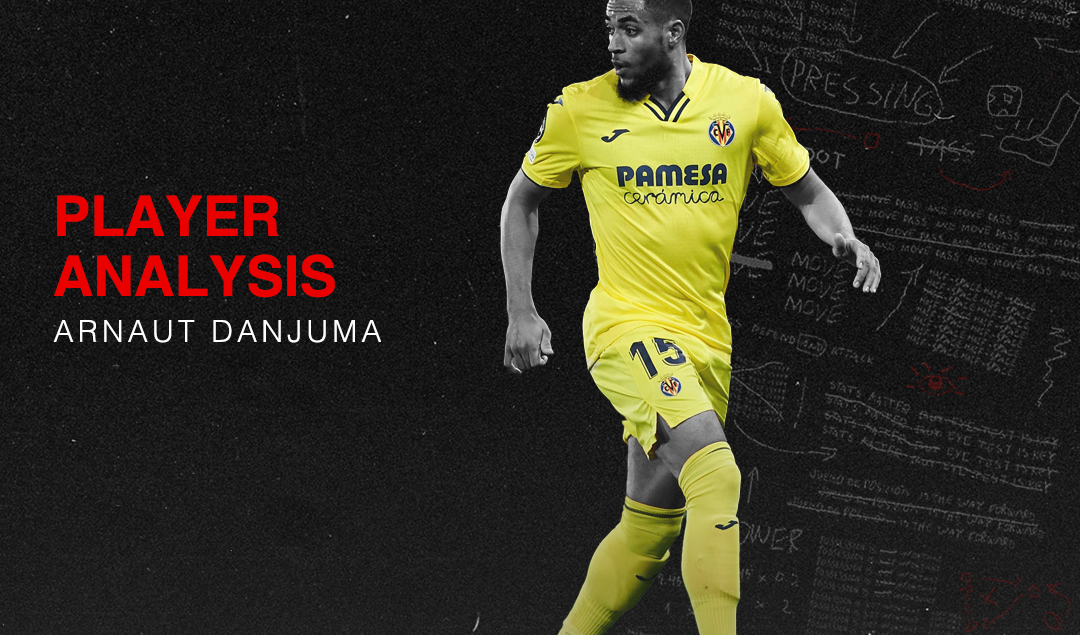 Due to the sheer spectrum of structures and philosophies displayed by such high-quality teams, the Premier League is without a doubt the most unforgiving league in world football for up-and-coming talent as things stand.

One week, you’re spending ninety minutes attempting to break through a brick wall Burnley back-four, the next you’re being pressed by three Leeds players at once every time the ball finds your feet. The variance in what is required in each encounter can quickly make or break someone.

Due to multiple injuries during the 2019/20 season, Arnaut Danjuma never got enough of an opportunity to showcase what he could do in the Premier League. Although glimpses during that campaign exhibited the technical skill that garnered his £13.7 million move to Bournemouth, it was the physical demands that were soon brought into question.

Such diverse fixtures enable players to adapt to any situation they are faced with in England’s top-flight where other leagues are often attributed with a particular playstyle representative of the country’s style of coaching – think Spain’s tiki-taka and Italy’s defensive durability as two illustrious if not slightly outdated examples.

These identities and their unique intricacies have been responsible for moulding, and more importantly, modifying individuals to suit a certain style so much so that they struggle to adjust to life elsewhere. Recent examples of this include Saul Niguez at Chelsea and Thomas Partey at Arsenal.

Thomas Partey’s Rise to the Top of European Football

To some extent, Danjuma fell victim to this upon his arrival in England from Club Brugge, and going from a title-challenging team in Belgium to battling in the bottom half of the Premier League soon took its toll. Injuries no doubt played a huge part, but the Dutchman never quite looked up to scratch physically to compete at the top level.

Danjuma’s dominance of one division came to his detriment when discipline and diligence came into disrepute. As a result, a year in the Championship with the Cherries followed. A year that would see him transform into a man capable of being an asset at any Premier League club. Or any club in world football, for that matter.

It was clear from the get-go that Danjuma was eager to put right the injustice that he had experienced during a brief spell at the top level, and whilst it soon became apparent that the winger was operating at a level above technically, the Nigerian-born winger would not be playing at the calibre he currently is without that humbling year in the second-tier.

The flying tackles and three-man targeting tactics deployed to stop him in the Championship don’t just increase the potential of injury or isolation in a game, they improve a player’s response to disadvantageous scenarios and allow them to produce in positions from which they have no right to.

The Dutchman chose fight rather than flight in retaliation and that newfound tenacity saw him contribute 15 goals and seven assists in 33 Championship appearances, and we are continuing to see that military-standard target and tackle evasion training come into fruition this campaign.

A spell on the sidelines between November and January proved to be a significant contributor in Bournemouth’s failure to return to the top-flight, and a combination of the 24-year-old’s superior quality and the club’s financial worries meant that a summer move made sense for both parties, and Villarreal were the beneficiaries of what already looks to be a bargain of €25 million.

Having initially made his name in the more aesthetically palatable aspect of his art with Brugge before starring in some considerably more hard-hitting encounters to refine his repertoire – the Bradley Cooper method, you could say – Danjuma’s acting range is now second to none.

Whether performing against the world-class talent pool of the Wanda Metropolitano or a St Andrew’s set upon a rainy backdrop, you can almost always expect Danjuma to produce a performance. Four months in Spain have already seen four years worth of progress on a typical trajectory. For the Dutchman, the future appears limitless.

Interestingly enough, it was in Atletico’s brand new stadium – where Danjuma also happened to score his first goal for the Yellow Submarine – that he came to the forefront of people’s minds in 2018 when he thundered an outrageous long-range strike past Jan Oblak in a Champions League group game for Club Brugge.

Scored just two days prior to the release of the award-winning film starring the aforementioned Cooper, that goal confirmed to many that, on that night in Madrid, a star was born.

Of course, as we have gone on to discover, it didn’t quite turn out that way immediately. But three years and four separate injuries later, those Hollywood heights that were once projected of Danjuma are finally seeing the light.

Whilst a tally of nine goals and three assists in 18 games suggests a seamless transition, Danjuma’s switch from the Vitality Stadium to Villarreal has thrown up a number of different obstacles that would have excused a slow start.

Firstly, Villarreal are still going through the hangover from their Europa League glory of the season previous. Since that unprecedented peak in the club’s history, their momentum has stagnated as they currently sit six points closer to the relegation zone than Real Madrid at the top of the La Liga table.

Secondly, Danjuma has been deployed in a front two as well as a front three with his attacking partners being interchanged on a weekly basis due to various injuries.

So whilst he is yet to settle into a specific position or strike up any consistent relationships with fellow forwards in a team struggling for form, the Dutch international has adopted a free-roaming inside forward role that he has made completely his own.

Within this hybrid position the 24-year-old occupies, Villarreal have some much-needed dynamism in a player that is both willing to provide an outlet and isolate a full-back, run in behind and stretch the opposition whilst also having goal-scoring instincts and ruthless end-product in and around the box.

Gerard Moreno is similarly influential in those respects, as is Memphis Depay for the Netherlands, both of whom are ideal players for Danjuma to learn from in terms of scoring goals as a by-product of outstanding all-round ability.

Their movement, passing and dribbling ability all serve to engineer chances for themselves and others and Arnie definitely has the potential to match, if not surpass their current standard due to his explosive, unpredictable nature.

Tricky, intricate footwork or a burst of speed are often the two components that when combined, set apart the great wingers from the good. However, it is one thing having these attributes, but what makes Danjuma a cut above is his ability to figure out what does and doesn’t work early on in a game and adapt to exploit a defender’s weaknesses.

In fact, it makes for equally interesting viewing to watch a defender navigate ninety minutes in direct opposition with Danjuma.

You’d imagine they have received a more sophisticated interpretation of the age-old full-back instruction: stay tight and keep him facing away from goal when facing him, which works for all of 43 seconds of a game before he turns and tears up the turf in behind or flicks a neat pass inside and sets off down the wing.

Then as the game goes on, the full-back starts to drop off a yard, a midfielder comes across and a centre-back fills in behind, but all of this help arrives to no avail against an in-form Danjuma.

A move only tends to go wrong if he has no options available or he starts to have too much fun and overruns the ball. Irrespective of success, it’s exhilarating to watch and terrifying for defenders.

The lack of dynamism in Unai Emery’s system will at times force Danjuma to receive the ball on the touchline with two or three defenders to beat before even having a half-chance of creating an opportunity. The type of situation that almost always sees attacking players spin 180 degrees and declare that channel out of bounds for that phase of play.

Danjuma, however, has a fearless, almost arrogant habit of attempting to break through those barriers, and with a scary combination of speed, strength and balance, it works more often than not.

This confidence also lends itself to his ability with both feet. He has the reverse Robben-esque fear factor when coming in on his right foot to devastating effect, but the wariness of the opposition only enables him to drag the ball down the line and produce similarly outstanding service with his left foot.

The phrase ‘you know what he’s going to do, but you can’t stop it’ is used most commonly with goal scoring wingers, the issue with Danjuma is it’s hard enough to figure out the first part.

As a result of this new gear of versatility, unpredictability and overall quality that the dynamite Dutchman is continuing to unlock with increasing frequency, it is difficult to envisage a squad in world football that wouldn’t benefit significantly from having Danjuma in their squad.

Liverpool are the obvious suitors presently with Mohamed Salah and Sadio Mane competing at AFCON 2021 over the next month, but thinking long-term, the potential of him stepping up to the elite level, combining with elite players and working under any elite manager is mouth-watering.

Though these rumours have been lingering for some time, it is testament to Danjuma’s resilience that such speculation is surrounding a man who went through a rough patch with a relegated Premier League team less than two years ago.

Whether Arnie is equipped to traverse the intense nature of the Premier League now is no longer a debate worth having, it is an idea that provokes only excitement and anticipation of a man ready to tear up English football, and European football at that.