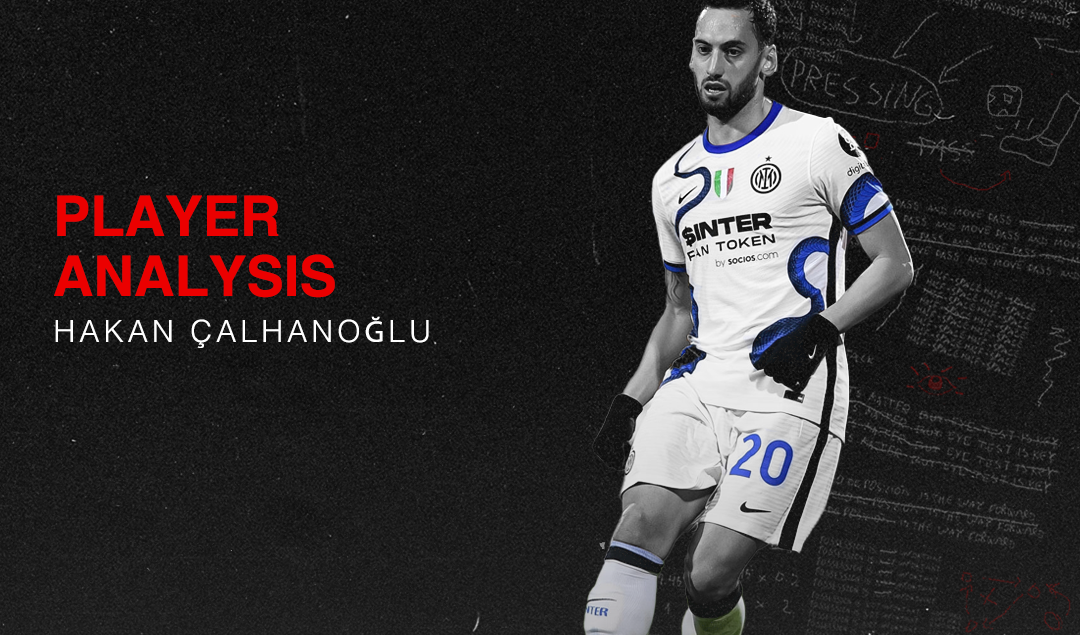 Footballers switching allegiances in Milan is not a rare event at all. For over a century, there have been players that have left Inter for AC Milan or vice-versa.

High-profile moves include the likes of midfielders Clarence Seedorf and Andrea Pirlo moving from the Nerazzurri to the Rossoneri in the 2000s while Inter legend Giuseppe Meazza also had a short stint with AC Milan from 1940 until 1942.

Hakan Çalhanoğlu left the Diavolo after four seasons and signed for the Biscione on a free transfer this summer and he has adapted well at Inter in his first season with the Nerazzurri.

With Danish midfielder Christian Eriksen recently having his contract terminated due to his ineligibility to play in Italy, the performances of the Turkey international have taken on a greater level of importance under new Inter coach Simone Inzaghi.

The 27-year-old has scored six goals and supplied seven assists in 16 Serie A matches for Inter so far this season and he was also named the Serie A player of the month for November.

Inzaghi’s tactics have been important in giving Çalhanoğlu a platform to express himself on the pitch. After leaving Lazio and replacing Antonio Conte in the summer, Inzaghi is implementing the 3-5-2 formation, which he had done with the Biancocelesti and Conte had used with the Nerazzurri.

At Lazio, Inzaghi used Luis Alberto as the left central midfielder or mezzala sinistra role in the 3-5-2, giving the Spaniard the freedom to control the play in the middle of the pitch as well as go forward to get into scoring positions.

Çalhanoğlu has been used in that role by Inzaghi and the Turkish international has seen the benefits. With his artful distribution and tendency to shoot from long range, the former AC Milan has utilized his attacking talents in the best way possible.

It also helps that Inzaghi has discovered a role that has brought the best out of the midfielder so far whereas the Turk was often played out of position at AC Milan.

Gennaro Gattuso in particular was guilty of playing Çalhanoğlu as a left-winger, a role which did not suit his characteristics. Not only was the Turkish international wasteful in his passing, his shooting was often woeful, either shooting wide or well over the bar.

Gattuso rarely deviated from the conventional 4-3-3 formation, which meant that Çalhanoğlu could not operate as an attacking midfielder. However, “Rino” kept persisting with the Turkish international on the left-wing, even if the player’s poor performances infuriated fans.

Çalhanoğlu was eventually used as an attacking midfielder in the 4-2-3-1 formation when Stefano Pioli was appointed coach of AC Milan during the 2019/20 season. This allowed him to pass and shoot with greater accuracy.

With his improved form, the Turkish midfielder asked for a pay rise from the Rossoneri, but they decided to let him leave for free at the end of the 2020/21 campaign, and Inter is reportedly paying him €5 million per season.

Although he is shooting less on average at Inter, his scoring rate is better. The 27-year-old is averaging 0.4 goals per game, and with 0.3 goals per game from outside of the penalty area, highlighting his ability to shoot from long range.

The only other season in which he has averaged 0.4 goals per league game was in the 2016/17 German Bundesliga season with Bayer Leverkusen, where he played just 15 league matches. It was also in that season in which he averaged 3.1 shots per game, the highest in a league campaign for him. He has not averaged more than 2.9 per game throughout a season since playing in Serie A.

Çalhanoğlu’s average of 45.4 passes per game is his highest so far in Italy while in 2016/17 with Bayer in the Bundesliga he averaged 51.5. His successful passing rates have improved since playing in Italy as well. His current percentage of 85.8 percent is his highest yet while his lowest in Serie A was in 2017/18 with AC Milan 82.4. In the Bundesliga with Hamburg and Bayer Leverkusen, he never reached 80 percent.

His dribbling average of 0.4 per game is the lowest of his career though and he has never eclipsed the 1.6 per game that he did in the 2013/14 Bundesliga season with Hamburg.  Considering that he is now a part of a well-drilled system, Çalhanoğlu can feel confident that he will receive the ball more often than not and he has teammates that are competent passers as well.

Çalhanoğlu’s goals have also come in the last two months. After scoring in the opening round win against Genoa, he has scored five goals in his last seven Serie A games.

Although he did not score in Inter’s latest victory against Salernitana in Week 18, he impressed in other categories. In the 5-0 demolition of the Granata, he provided two assists, which was the first Serie A game this season in which he has supplied multiple assists; completed 100 passes, the most for the season so far; and he made 10 key passes, also a season-high by far.

Inter had been trailing in the early stages of the league campaign to Napoli and city rivals AC Milan, but with those two starting to struggle, the Nerazzurri have capitalized in emphatic fashion and Çalhanoğlu has been an integral part in getting the reigning Serie A champions back on top of the table.

The arrival of Hakan Çalhanoğlu is already looking to pay dividends. After Christian Eriksen suffered a cardiac arrest while representing Denmark at Euro 2020, the Dane is no longer allowed to play for Inter due to the regulations in Italy not permitting players with a defibrillator to feature in games.

Eriksen had his contract terminated by mutual consent on December 17. Although his time with the Nerazzurri came to an abrupt end, Inter can be content with how Çalhanoğlu has so far replaced the Dane on the pitch.