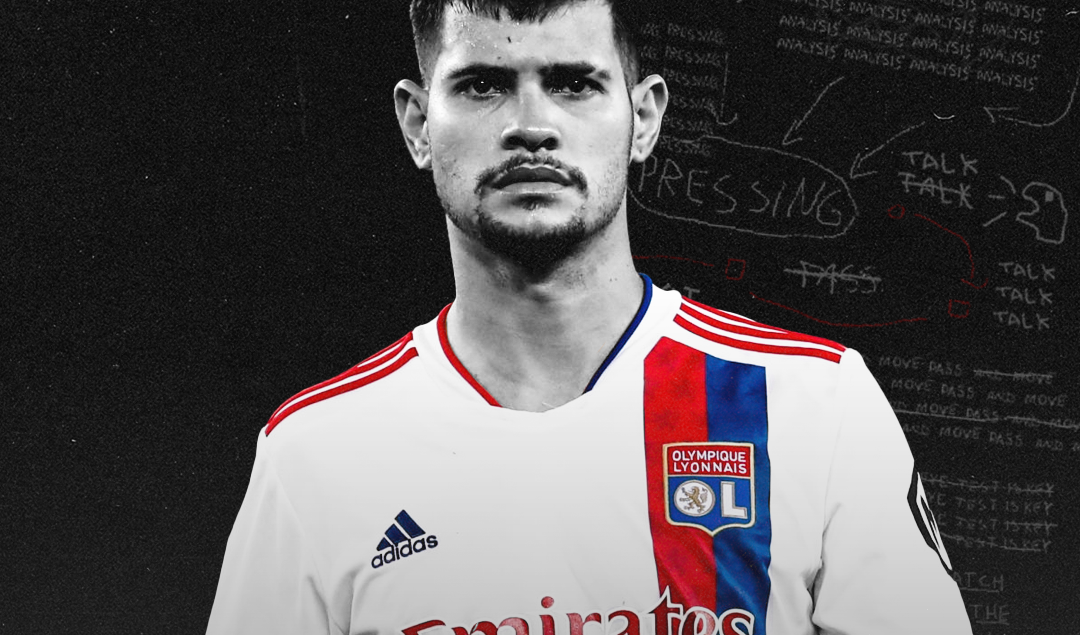 The summer transfer window has come and gone, and teams across Europe now won’t be able to add any new additions until January, but in Spain, 2021 has been a story of outgoings, rather than incomings.

Cast your mind back to the early-to-mid 2010s, and there was no doubt which league was held in the highest regard; it was La Liga. They filled up every position in the 2012 FifPro XI and broke the world transfer record in both 2009 and 2013. The likes of Neymar, Luis Suarez, Gareth Bale, Karim Benzema, Cristiano Ronaldo and Lionel Messi were battling it out in El Clasico not too long ago, and Spain was viewed as the dream destination for almost every player in world football.

But, the current look of La Liga isn’t pretty. The financial pulling power of the Premier League has ensured that the English top-flight is now simply the best in the world. The best players, the best managers, and the most money.

Messi, Sergio Ramos and Raphaël Varane have all departed from the Spanish top flight this year, and the league’s biggest star is now Benzema or perhaps Barcelona’s world-class talent Pedri.

While both heavyweight clubs in Barcelona and Real Madrid have suffered financial woes, and are on a downward spiral, one club have taken the reins and now appear to be the league’s most dominant side, even if they currently sit second in the table. It’s, of course, Atletico Madrid. The Diego Simeone-led side were back to winning ways last year, picking up their first league title since 2014 as the big two slipped up. This year, with the aforementioned departures, Atleti’s position as Spain’s top team seems even more solidified.

Saul Niguez has obviously been shipped off to Chelsea on loan, but that was simply due to the signing of former Udinese star Rodrigo de Paul, who has arrived at the club with a burgeoning reputation from Italy. Antoine Griezmann has also been brought back on loan, weakening Barcelona’s attack for a second consecutive year after taking Suarez in 2020, while Matheus Cunha will play the role of a very able back-up after seven goals and four assists in the Bundesliga for Hertha Berlin last year; he has been signed for €30m.

So, with all that said, do Atleti need to strengthen further? The simple answer would be no. Their squad, including depth, is most likely the best in the league, only Real Madrid can challenge it, while their manager and winning mentality should propel them to another title as their rivals recover from the effects of an aging squad.

But, every team can improve and there’s one position in the Atletico squad that stands out to me: defensive midfield. Last season, they arguably won the league without an out-and-out No.6. Thomas Partey was sold to Arsenal, just like Rodri was the season prior, but he was never replaced. Simeone instead often deployed a three-man midfield, with the likes of Marcos Llorente, Koke, Saul and Thomas Lemar, as well as Geoffrey Kondogbia and Hector Herrera rotating, as the principal options.

However, if Atleti want to challenge on multiple fronts this season and beyond, finally signing a Partey replacement should be top of their to-do list. Now, swapping Saul for De Paul is great business, after all the Argentine netted nine goals and grabbed nine assists in Serie A last term, but he isn’t a defensive midfielder, and neither are Koke or Llorente, at least not anymore.

How Rodrigo de Paul Will Fit Into Atlético Madrid

Kondogbia and Herrera are arguably the only true defensive midfielders in Simeone’s squad, and while they are competent squad players, they simply aren’t good enough to start for a side wanting to win a league title and compete in the latter stages of the Champions League. Therefore, signing a quality defensive midfielder should’ve been a priority for Los Rojiblancos.

Just like Manchester United, Atleti neglected this need, and it could cost them, just like it could cost Ole Gunnar Solskjaer’s team. In the case of Diego Simeone’s side, Lyon’s Bruno Guimaraes could be a perfect candidate for that No.6 role. Yes, it would involve breaking up arguably the most aesthetically pleasing midfield in world football (in Guimaraes, Maxence Caqueret, Lucas Paqueta, and Houssem Aouar), but Atleti should pursue the Brazilian midfielder.

Born in Rio de Janeiro, Guimaraes joined the Audax academy as a boy, eventually making his senior debut for the first-team aged just 17. Two years after that first appearance for the club, and Guimaraes had already developed into one of South America’s finest young talents, blossoming for a lowly side.

In May 2017, he moved to Athletico Paranese on an initial loan deal that was made permanent the following March, once the Brazilian had displayed just what he was all about. Then came excitement and murmurs of transfer talk from Europe.

Benfica and Chelsea were linked, Arsenal wanted him, while Atleti themselves repeatedly sent scouts to watch him play in Brazil. Los Rojiblancos also had a first refusal clause, and even failed with a late bid because they “never sent me a message or gave me a call to ask how I was doing,” Guimaraes told Bleacher Report in early 2020.

He slipped through their fingers, and the club will be ruing the way they conducted themselves back then. Instead, Guimarães chose Lyon after Juninho, sporting director at the French club, told the player he would make him “the best central midfielder in the world.” The player even said to Globoesporte: “90% of my going there [Lyon] is because of him [Juninho].”

That move from Brazil to France occurred back in January 2020 for a reported €20 million; if Atleti want him now, it’ll cost them at least double that.

How Good is Guimaraes?

As mentioned, Juninho told Guimaraes he could be the best central midfielder in the world, and while that claim is slightly bold, and a little far-fetched, it’s not totally unrealistic. The Brazilian is still just 23 years old, and the difference between Lyon with and without him is chasmic. A midfielder with so many nuances to his game, Guimaraes is hard to pin down to one role, although a deep-lying playmaker would be the most accurate guess.

He simply excels at getting the ball forward as quickly as possible. Whether that be a carry or a pass, Guimaraes has it all in his locker. Perhaps Guimaraes’ greatest asset is his ball-carrying ability. Playing from deep, he is similar to Frenkie de Jong in the way he likes to drive forward into space, and push his team up the pitch, completing 7.45 progressive carries per 90.

Put Guimaraes alongside De Paul, who completes even more at 9.50, and is one of the best dribblers in world football, and that’s a frightening combination. Furthermore, Guimaraes’ 6.62 progressive passes per 90 is only bettered by full-backs Kieran Trippier and Sime Vrsaljko for Atleti.

His 63 passes per 90 would rank first in Atletico’s squad, and while that is highly likely due to the differing systems that Lyon and Atleti play, it’s still encouraging. Not only does he complete a high volume of passes, but he is also maintaining an 87.5% pass accuracy in the league, which rises to 92.4% in the Europa League. That accuracy would rank second in Simeone’s side, and first for midfielders.

By adding Guimaraes, Atleti would be able to alter the way they play against weaker opposition, and simply be able to dictate the tempo from minute one. Equally capable of playing as a No.6 or a No.8, imagine Guimaraes playing from deep, progressing it to De Paul to create, all whilst Llorente is busting a gut all around the pitch as he does – now that would be exciting.

This season, Guimaraes is also completing 1.8 key passes per 90, and for an Atleti side who have the 11th highest xG total for the 2021/22 season, that could be crucial. The Brazilian, who already has three senior caps for his nation to his name, also would help out defensively, not that they really need it. With the second-best defence in Spain, by xG against, Simeone has once again orchestrated an air-tight defence, and Guimaraes has the quality to seamlessly fit into that.

Currently this season, he’s completing 3.0 tackles and interceptions, and while these aren’t the numbers of an Aurelien Tchouameni, for example, who would also been an excellent No.6 for Atleti, Guimaraes has enough match-intelligence to boost those numbers even without Simeone’s input.

Under the coaching of the Argentine, Guimaraes would elevate his game, and would help elevate Atletico to be able to compete with Barcelona and Real Madrid’s midfielders. That is the next step for the club, and the superb Brazilian would enable that.

Now, Guimaraes has admitted that a move to the Premier League is a dream to him, and he wants to win a trophy with Lyon – saying this to Globo this summer:

“Arsenal approached my agent, but there was no offer. My aim, and I made it clear to Juninho, is to win a title with Lyon. The fans have not had one for a long time. We have the Coupe de France, the Europa League and the league. It is difficult with the level that PSG are at, but anything can happen. My aim is to win a title here, but I have never hidden my desire to play in the Premier League.”

Nevertheless, if Atleti came in with an attractive offer, and finally listened to his demands, it’s reasonable to say his head would be turned. Guimaraes is a world class talent, but if he truly wants to move to the next level, a transfer away from Lyon needs to occur soon. They aren’t in the Champions League, and based on their early-season form, another year outside Europe’s premier competition looks likely next year.

For a talent with such maturity to his game, as well as technical proficiency, he could easily play at the very highest level, and his experience in the Champions League so far has surely convinced everyone of his talent. He helped Lyon dismantle Juventus and Manchester City in the 2019/20 season as they reached the semi-finals of the competition, and was fundamental in Lyon upsetting the apple cart during that famous run to the latter stages.

In short, Guimaraes is a midfielder who can do it all in all phases of play – defence, transition and attack – and whoever manages to pinch him from Lyon will have stolen one of the best, and most underrated, midfielders in Europe. If Atletico were proactive, they would’ve negotiated a deal this summer, but if they are sensible, they’ll use 2022 as the ideal opportunity to finally sign Guimaraes; if they don’t it’ll be a huge oversight on their part.