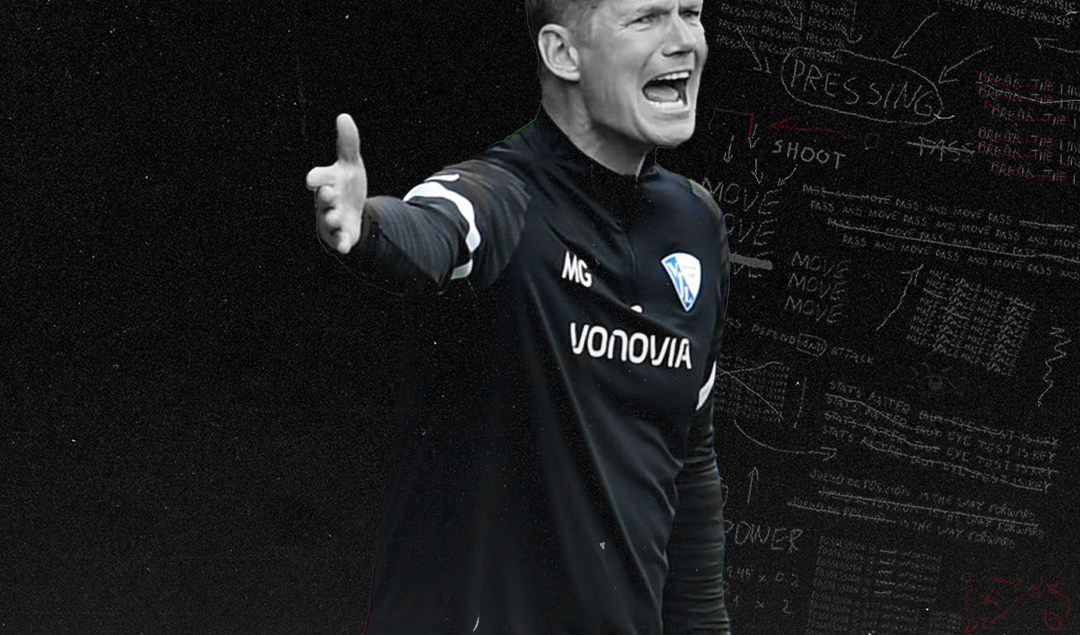 The Bundesliga season is just a matter of days away, so it’s time to preview every side ahead of another exciting campaign. Today… VfL Bochum.

After an 11-year hiatus from the German topflight, VfL Bochum returned last season, shocking most by retaining their Bundesliga status with an impressive 13th place finish.

With an aggressive, combative, style out of possession, and a no-nonsense, vertical, system with the ball, Thomas Reis’ side provided a difficult proposition for even the best sides in the division to overcome.

Taking 4 points off Borussia Dortmund, and winning against FC Bayern on home soil, perhaps last season was just the beginning of a prolonged spell of top-flight entertainment at the Ruhrstadion?

There isn’t one player who stands head & shoulders above the rest in this very balanced Bochum squad, but if you had to choose one, it’s hard to look past goalkeeper Manuel Riemann.

With the most saves in the division last year, the 33-year-old shot-stopper was a key reason why Bochum ended the season level on goals conceded with Borussia Dortmund, while his 25 long-range passes per game amounted to the most of any player in Europe’s top leagues.

With Bochum promoting an extremely direct style and fighting for their survival again next season, having an elite shot-stopper and pinpoint long-range passer between the sticks will be crucial.

VfL Bochum may have sold two of the biggest center back talents in German football this summer in Armel Bella-Kotchap (Southampton) and Maxim Leitsch (Mainz), but with Erhan Mašović, they have a player more than ready to shift into a starring role.

The Serbian international was signed from Club Brügge in 2020, and in his subsequent two seasons in Germany the 1,89m centre-half has taken a massive step in his developmental cycle, going from a bit-part player in the second division to starting 17 matches in last season’s Bundesliga.

Whilst his composure in possession is quite forgettable, his defensive discipline, and willingness to get his hands dirty, should make him an important figure in next season’s uphill battle against the drop.

Quite a few players have a lot to play for next season, but chief amongst them is Japanese forward Takuma Asano. Whilst his 1,600+ minutes was a respectable tally for a new signing last season , Asano never really established himself as an integral part of Reis’ setup, showing glimpses, rather than sustained form in the Bundesliga.

Particularly his goal-scoring output left a lot to be desired, rarely rewarding his own hard work and intense runs with a finish to match. In 27 Bundesliga matches, Asano registered just 3 goals, and in his entire Bundesliga & Bundesliga 2 career, Asano has only 8 goals in 81 appearances.

Fighting for a place in a competitive Japanese World Cup roster, and the reality that VFL Bochum will need every goal they can get in their quest for survival means Asano must deliver more tangible output next season.

VfL Bochum haven’t done a lot of business in the off-season, but the signing of Philipp Hofmann is a solid acquisition to follow Sebastian Polter.

Hofmann, a 29-year-old striker who most recently played for Karlsruher SC in the Zweite Bundesliga, will be entering his first season in the top-flight after an industrious lower league career for, amongst others, SC Paderborn, Eintracht Braunschweig, and 1. FC Kaiserslautern.

In 209 Bundesliga 2 matches, the former Schalke academy graduate scored 72 goals – 19 of which came in the 2021/22 campaign. Any hope that he can replicate this output in the top-flight would be a bit irrational, but a similar return to Polter of 10 goals would more than validate his free transfer.

It’s safe to say that Bochum’s window has been rather defined by its departures. 6 players with over 1400 minutes in last season’s Bundesliga will not be returning to the Ruhrstadion for the 2022/23 campaign.

Armel Bella-Kotchap would be the obvious choice for this selection, however, given that his move to Southampton more than doubled Bochum’s previous transfer record, I’d say losing the 20-year-old for €10 million was a fair price to pay.

His partner in crime – Maxim Leitsch – feels a bit more painful though given that his move to Mainz sees just €3.5 million exchange hands. Leitsch, a former German youth international, was an invaluable figure for Bochum over the last two seasons, and at 24, the academy graduate is nearing his best years in defence.

Whilst his refusal to extend his contract meant he could have left on a free next summer, you’d wonder if Bochum wouldn’t have been better off holding on to Leitsch for another year to bolster their chances of survival.

VfL Bochum shocked many last season by staying up. With a tenacious, and disciplined defensive game plan and a risk-averse playbook in attack, the second-tier champions were able to crack the 40-point mark and add another year on to their Bundesliga record.

However, with massive off-season departures, and relatively little to write home about regarding the incoming shortlist, it’s hard to look past Bochum as one of the prime candidates for direct relegation this season.

Reis’ side will undoubtedly fight until the bitter end and leave absolutely nothing in the tank, but across 34 matchdays this squad simply doesn’t have the quality to match the other competitors next season.