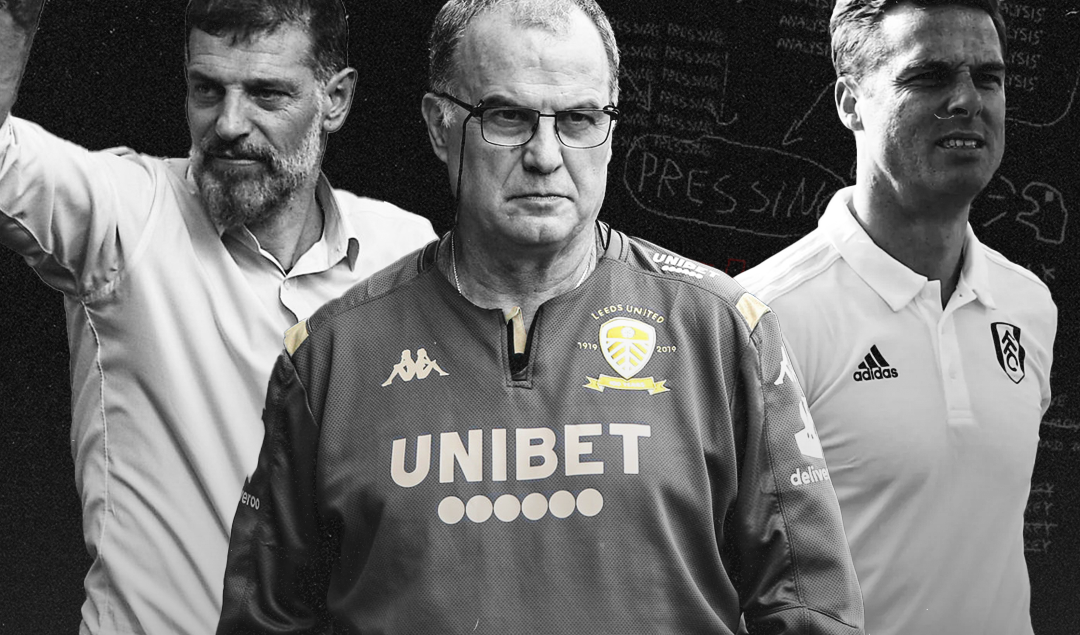 Whenever teams are promoted to the Premier League it is almost certain those sides are seen as favourites for relegation back to the Championship. However, Leeds United, West Brom and Fulham provide interesting subplots that could replicate the exploits of Sheffield United last season.

Promotion to the Premier League ended 16 years of hurt for Leeds United. It had been a turbulent period, but the arrival of Marcelo Bielsa in 2018 has invigorated the club on and off the pitch.

The club were simply mesmerizing to watch under Bielsa’s studious coaching, especially after the restart where they won seven out of their last nine games. Relentless pressing, intricate passing moves, chances and goals being constructed from within their own half – Leeds soared to the top of the Championship. 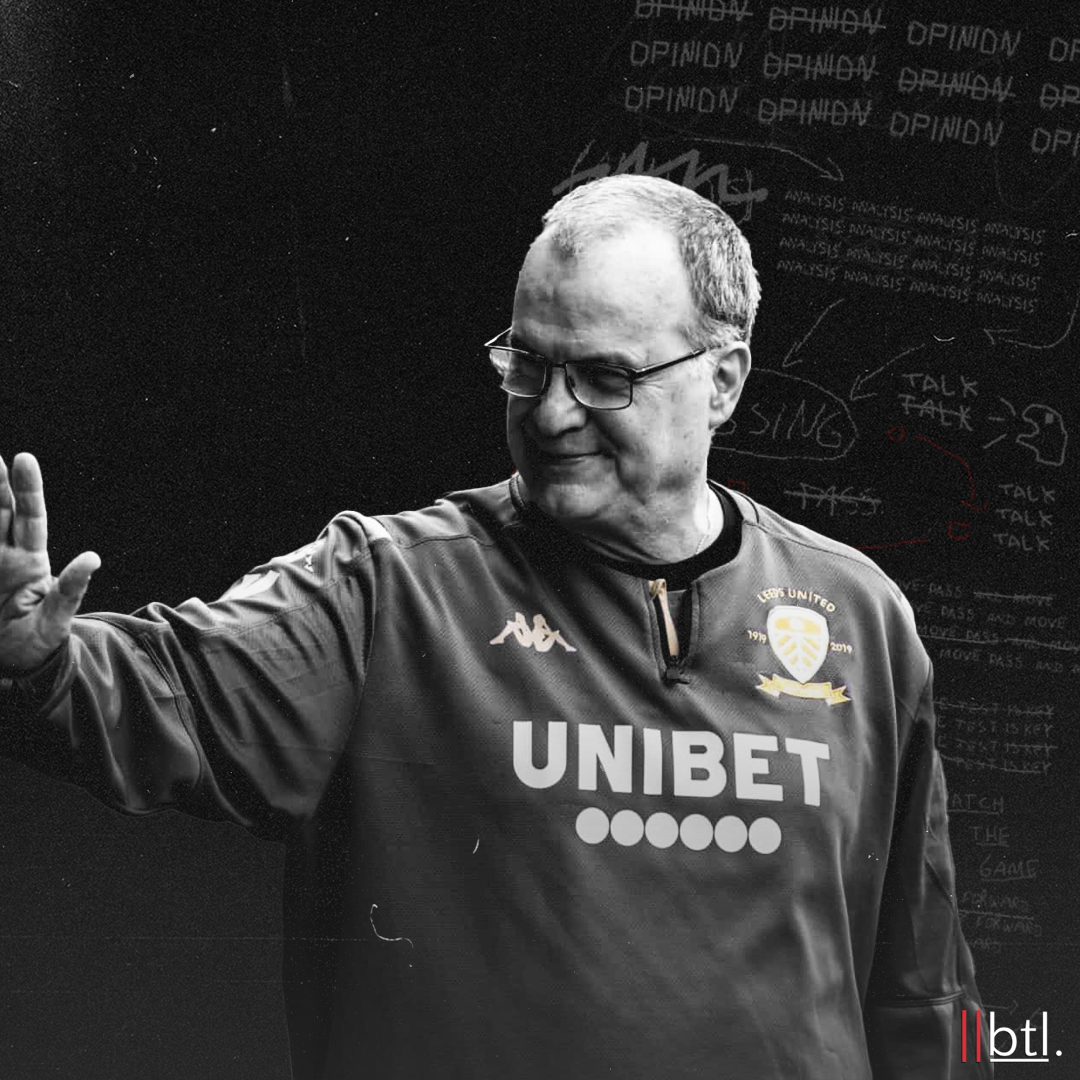 Furthermore, a defence well marshalled by Liam Cooper along with Ben White, coupled with Kiko Casilla’s 15 clean sheets meant Leeds conceded just 35 goals – the lowest in the Championship. Such a statistic is impressive after Pontus Jansson left for Brentford last summer.

Players like Mateusz Klich, once in the cold, along with the versatile Ezgjan Alioski and Stuart Dallas have  contributed from midfield and have a role to play under Bielsa in the Premier League. While Pablo Hernandez provides much needed experience with his creativity and goals, there is expressive young talent in Jack Harrison and Kalvin Phillips – the latter burgeoning his reputation from midfield. However, three issues now face Leeds ahead of the new season.

Firstly, the relentless tactics Bielsa’s sides play has led to burnout at the latter end of the season, thereby impacting on results. When Leeds fell in the playoffs last season there was talk of burnout being the main issue and some have pointed to the COVID-19 enforced three month break as a factor in helping Leeds recharge their batteries. While the Championship is undoubtedly a grueling league, the Premier League brings a new level of intensity and quality that will test Leeds greatly.

The second issue is the question of who will be their main source of goals to keep Leeds up? Patrick Bamford was their top scorer last season with 16 goals, but has very little Premier League experience. While so few of the squad have played in the top flight, the club have been linked with multiple forwards. Bamford has been doubted before yet time will tell if Bielsa’s trust in him is warranted.

The third issue is trying to sign Ben White on a permanent deal. His parent club Brighton are holding firm for £30 million and for good reason after a brilliant season at Leeds. Not missing a single league game, the 22 year old was a vital component in Leeds getting promoted. 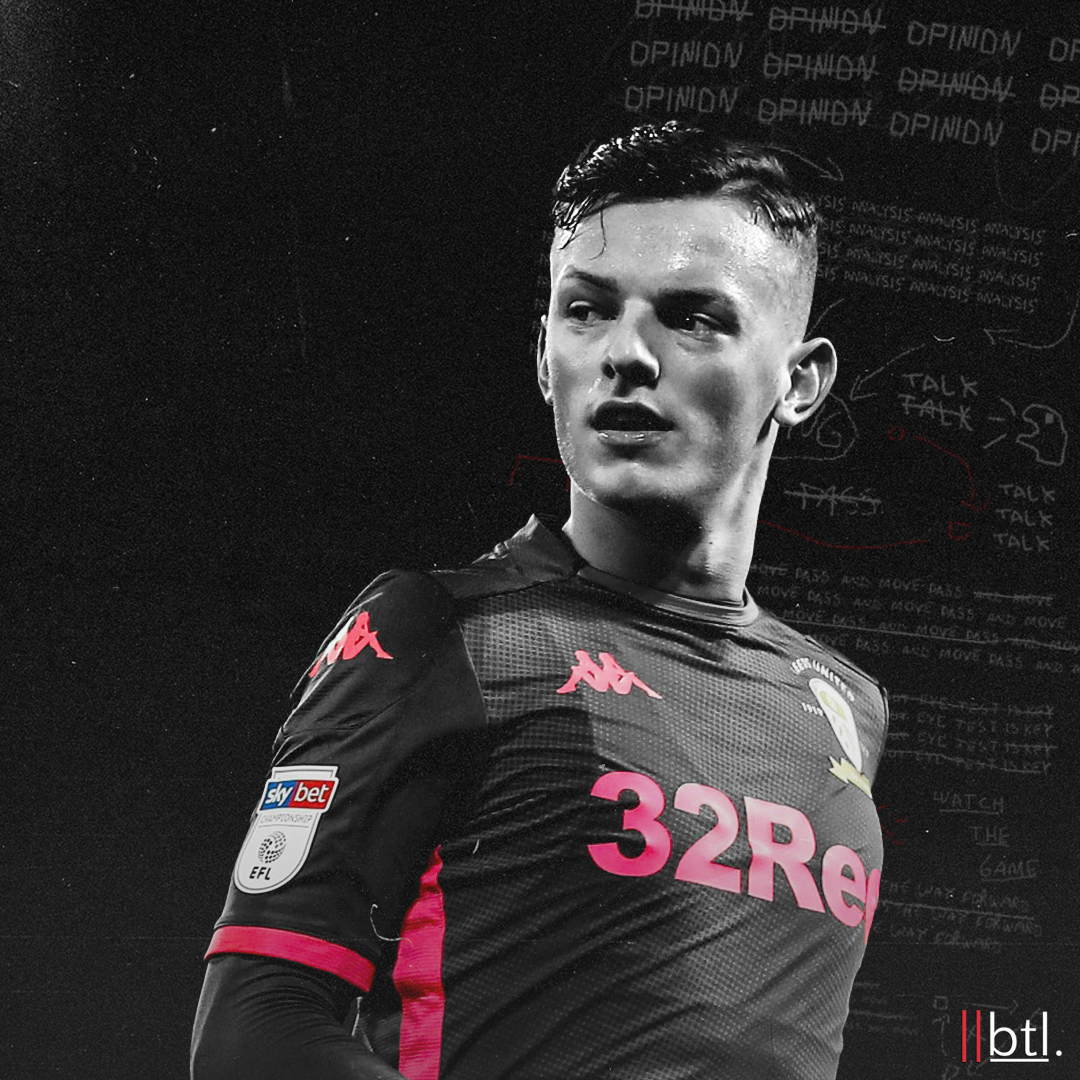 To make his loan move permanent would be a boost for Leeds ahead of the league season. Alas, if they cannot strike a deal then other alternatives will need to be sought if they do not want to concede goals like Daniel Farke’s Norwich City, who finished 20th this past season after conceding 75 goals.

However, despite such issues, Bielsa displaying his tactical nous in the Premier League is exciting and Leeds fans are glad top flight football is back at Elland Road.

Though West Brom clinched automatic promotion by the skin of their teeth, Slaven Bilić achieved his main goal of promotion in his first season as manager at the Hawthorns.

Attack was the Baggies’ strong point this season, averaging 1.67 goals per league game, the exact same as Leeds. West Brom didn’t rely on one scorer, proving to be more of a collective effort, with their top league goal scorers being Charlie Austin and Hal Robson-Kanu on 10 league goals each.

However, it was Matheus Pereira who was the main creative outlet for West Brom, topping the Championship in assists with 16, the highest amount in the league for five years. Crucially, the Baggies have managed to make his loan move from Sporting permanent for up to £9 million. His creativity in unlocking defences with his passing will be a main factor in supplying the strikers with opportunities.

Grady Diangana heading back to West Ham after his loan spell is a setback for West Brom, as the midfielder impressed while in the Championship. The seasoned Polish international Kamil Grosicki provides another creative outlet for West Brom, along with Matt Phillips.

One area that West Brom will need to reinforce is in defence. The loss of talented young defender Nathan Ferguson to Crystal Palace on a free transfer did not help, especially as he was an academy product. Targeting experienced Brighton centre back Shane Duffy is a positive step to reinforce a back four, which at the end of the Championship season failed to win their last four games. 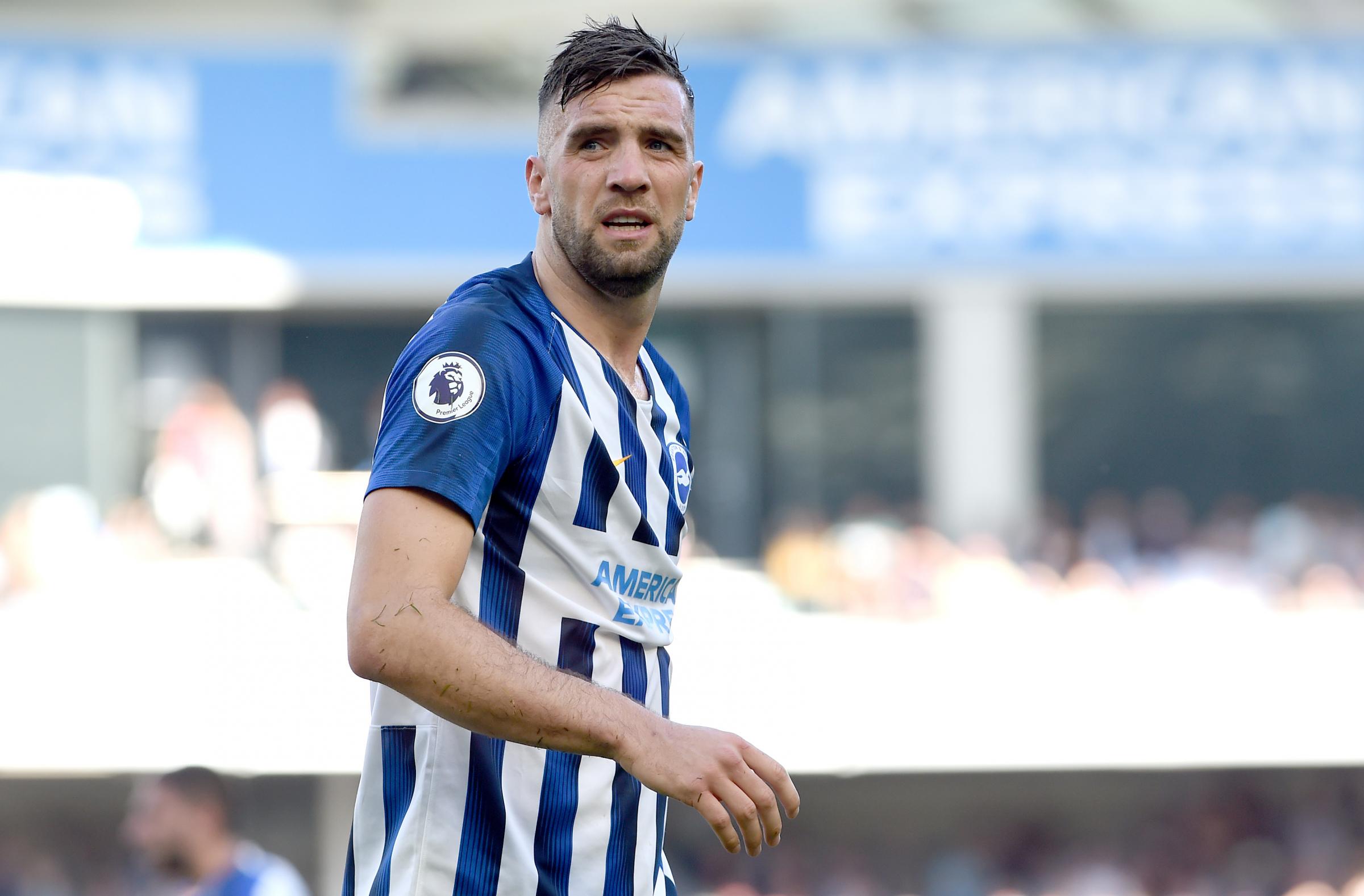 Unlike Leeds, the Baggies do have several players in defence, midfield and attack with extensive Premier League experience. Skipper Jake Livermore has 178 Premier League appearances, Kieran Gibbs played for Arsenal before moving to West Brom, Charlie Austin featured for Southampton before moving to West Brom last summer and Matt Phillips has played for three teams in the top flight including West Brom. Bilić himself managed West Ham for two years and knows the unforgiving nature of the Premier League to promoted teams woefully out of their depth.

Having an abundance of top flight experience could be crucial for West Brom, as they are likely to be embroiled in a relegation battle this season. That experience will help when facing sides in and around the relegation zone – those six pointer games will determine the difference between survival and relegation.

If fans are permitted to come back to stadiums then a capacity crowd at the Hawthorns will undoubtedly have a positive impact. One thing is for sure – West Brom will want to avoid finishing bottom like they did in the 2017-18 season.

Traumatic would be too kind to describe the last time Fulham was in the Premier League. The Cottagers brought in 15 players at a cost of over £100 million. It did not work with three managers in one season, a player arrested on the training ground for fighting and having the worst defensive record in the 2018-19 Premier League season.

It was that third manager Scott Parker who cleared the wreckage to build a team that won promotion via the playoffs against much fancied Brentford. Owner Shahid Khan will have learned the painful lessons of their last Premier League season and will avoid recklessly spending in the transfer market.

However, Fulham will need to bolster their defence to avoid what happened the last time the Cottagers were in the top flight. As said earlier, Fulham had the worst defensive record in the 2018-19 Premier League by conceding 81 goals, an average of 2.13 goals per league game. The last side to concede more than 81 goals was Fulham in the 2013-14 season with 87 goals.

Understandably, Scott Parker will want to avoid conceding the same amount if they do not want to end up back into the Championship. However, with Tim Ream and Michael Hector as the main centre backs, the Cottagers will need defensive reinforcements. Being linked to Calum Chambers is understandable, as he was their Player Of The Season when last in the Premier League, though he did play in defensive midfield rather than centre back. 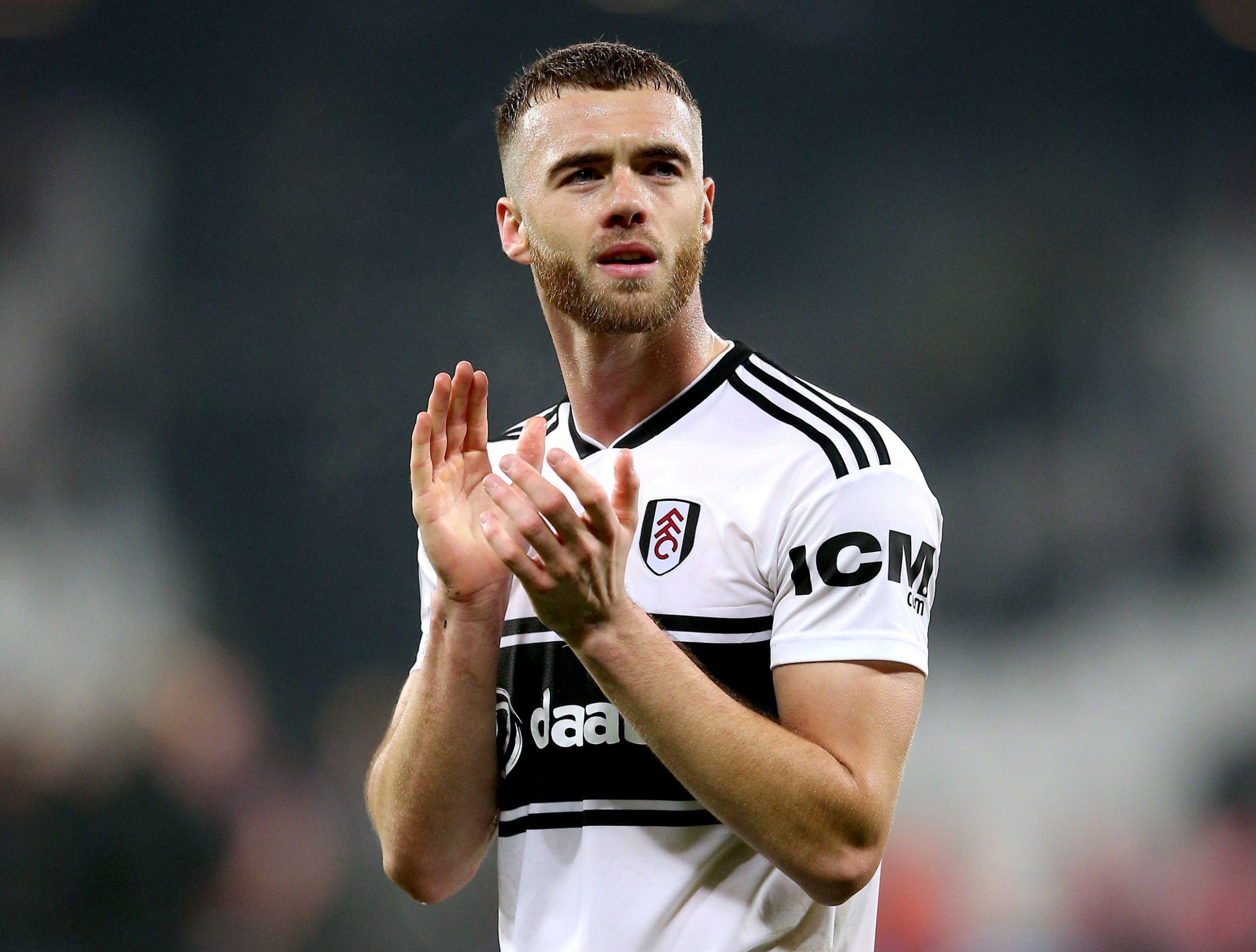 As always, the key question when previewing a promoted side in the Premier League is where the goals come from. Fulham certainly do not have that issue in Aleksandar Mitrović. 49 goals in 100 appearances overall – it was his 26 goals in the Championship last season that spearheaded Fulham into the playoffs.

The Serbian’s hold up play, physical attributes and aerial ability are qualities that will undoubtedly test the best of Premier League defences. The only thing he needs to tone down is his discipline – as shown in the three game suspension given to him after elbowing a Leeds player back in late June.

Skipper Tom Cairney, a leading light for the Cottagers in the Championship, will want to show his creative talents and prove he has what it takes in the Premier League. Many have tipped Fulham as relegation favourites but a top striker plus a bolstered defence might be able to surprise a few teams.