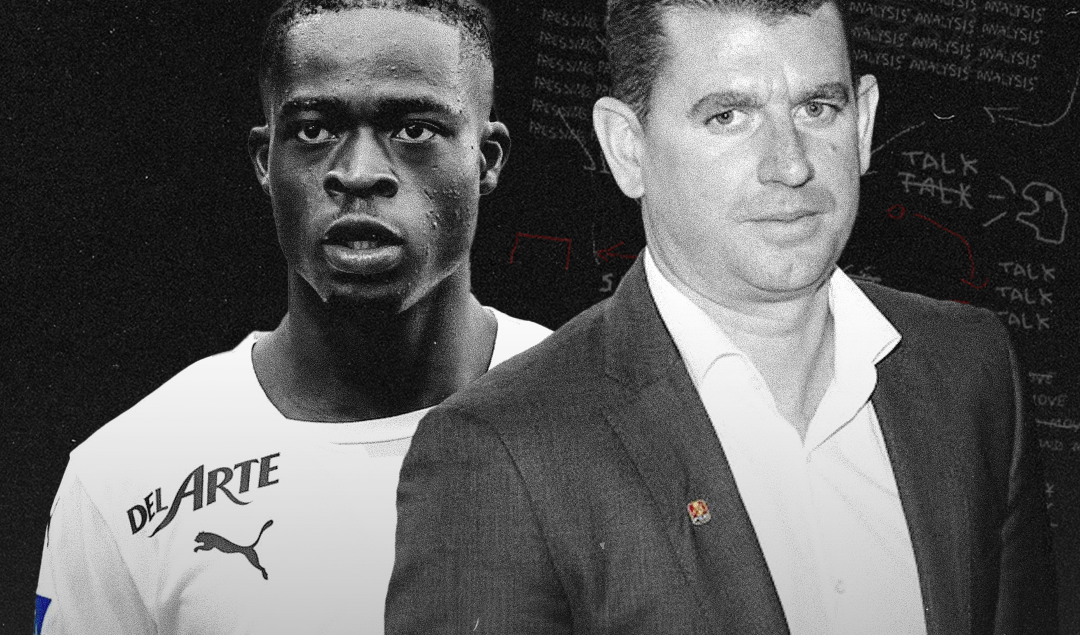 In Northern Zealand, about 30 minutes in car from the center of Copenhagen, a small Danish town has become host to one of Europe’s most exciting talent factories.

The city is Farum, and it is home of FC Nordsjælland, a young and forward-thinking football club that has been spitting out great football players at an incredible rate over the last years, and the next batch has already begun taking over Danish football.

From Nobodies to Talent Capital

Nevertheless, before the 2002/2003 season, Farum Boldklub was promoted to the Danish Superliga for the first time, breaking into the scene in style. Under the leadership of head coach Christian Andersen, the team played thrillingly offensive football and finished in third place in the league.

The success came after massive support from the mayor Peter Brixtofte, who saw Farum as a way to promote himself and his city. And while this led to success on the pitch, it ultimately also killed the club.

Journalists found out that Brixtofte had committed massive fraud with public funds, some of it to help the football club, which led to the municipality being set under government administration to save the economy, and Brixtofte expelled from politics for the rest of his life.

Following the scandal, the football club was sold to local businessman Allan K. Pedersen, who quickly changed the name to FC Nordsjælland to distance the club from the scandal and to appeal to a wider audience than just the Farum community as the name literally means Northern Zealand.

The peak of Nordsjælland’s existence came in the late 00s and early 10s. Under the guidance of Morten Wieghorst and afterwards Kasper Hjulmand, the current Danish national team coach, they won the Danish cup twice in a row before winning the championship for the first and only time in 2011/2012.

This earned them a ticket to the Champions League group stage, and suddenly they experienced exposure at the highest stage. It was the ultimate recognition for the progressive approach of the club.

The next step in the club’s development came in 2020, when British businessman Tom Vernon bought the club. Nordsjælland were now a part of the Right to Dream group, which also included a stellar academy in Ghana.

While Nordsjælland have had a bunch of different coaches throughout the years, the club, both before and after Vernon’s take over, has always followed similar patterns.

The backbone of the teams has been younger players, either homegrown or acquired cheaply from other clubs, and the playing style has been possession-based and offensive-minded.

While this sympathetic approach has made Nordsjælland a popular “second team” for many Danish football fans, the local support remains limited.

Despite good results and exciting players on the pitch, the average attendance has chronically been among the lowest in the Superliga, and even the locals are often FC Copenhagen or Brøndby fans instead.

While the limited number of fans has its obvious downsides, it has also created opportunities for FC Nordsjælland. The pressure on the team is significantly lower than that at even the mid-tier clubs of the Superliga.

The coverage of the club is abysmal outside of the transfer window when the exciting talents are being sold, and this allows the club to develop the talents at a slow pace.

The few fans at the club understand this approach, and there is no sideline pressure to re-invest the transfer income in big names and to chase titles and European glory. Instead, the club can invest its income in academies and similar projects.

2019, when FCN sold players for approximately €13.5 million, with the transfer of Andreas Skov Olsen to Bologna as the biggest sale, is a good example of this way of thinking.

The club added 1,100 square meters of top facilities to their academy with a new lounge, two changing rooms with ice baths, new offices for the coaches, new physio rooms, a praying room and a new fitness room.

While not a story that would make the international football news coverage, and hardly the Danish one, these were even more small steps towards Nordsjælland becoming one of the greatest places at talent development in Europe.

And the lack of pressure on the players on the pitch is helping too. While cynics will say that Nordsjælland’s approach is a tool at earning as much money as possible on the transfer market, fact remains that the club truly cares for the talents.

All coaches, from the youth teams to the head coach of the senior team, know that talent development is at the core of the club’s DNA, and they give the players time to develop.

From Show Games to Ballon d’Or: The Progress of Women’s Football in Norway

There is no chase for fast improvements or quick fixes, but instead a long-term focus on development and an understanding of that good things takes time.

And unlike many other clubs, Nordsjælland doesn’t measure its own success in the amount of youth championships. Instead, they understand that the ultimate goal is to develop players that can reach and help the first team at senior level.

The club has it as an official goal to be the club in Denmark with the most homegrown players on the first team. It describes the archetype of a Nordsjælland graduate as:

“They have to be very technically well-founded and offensive football players with a highly developed winning mentality and belief in own abilities.”

While FC Nordsjælland has always been known for developing great Danish talents, with Mikkel Damsgaard from Sampdoria as the prime example, the club gained a new branch of talents with Vernon’s introduction.

Over the last couple of years, the club has seen an influx of African talents join the ranks, and several of them have already reached stardom.

A key person in the global development strategy is former Liverpool player Djimi Traoré, who is the head coach for what Right to Dream calls the international academy.

Here, they collect the best players from the academies in Farum, Ghana and the recently opened one in Egypt to participate in international tournaments at a high level.

Traoré joined the organization last autumn, and he described the mentality as the main factor that attracted him.

“It is not just about producing good players,” Traoré said, when he joined the club. “It is really important for me to work with the person. And that is what I’ve found here. You have a close connection with the players, and you can help drive them closer to their dreams – on and off the pitch. That’s what I love the most.”

And it isn’t just talk when Right to Dream say that the man is important. While obviously running a business that is based on their football players being successful, the human aspect of the academies cannot be ignored.

Anytime a player joins the academy, he is guaranteed six years of scholarship, and the big focus on the person rather than the player means that the success rate is through the roof.

In an interview with BBC from 2020, Vernon explained that roughly 95 percent of the graduates either become professional football players or end up on scholarships in the USA.

While FC Nordsjælland aren’t anywhere near repeating the championship from 2012, the club is more successful than ever.

Unlike most clubs, they don’t measure their success in titles, but rather in the success of their players. Every time they sell a Damsgaard, Kudus or Sulemana abroad, they are winning and proving how great they are, and the pool of talent is currently greater than ever.

Maybe the people of Farum will even notice how great a club they have in the city at some point. The rest of the football world surely has.