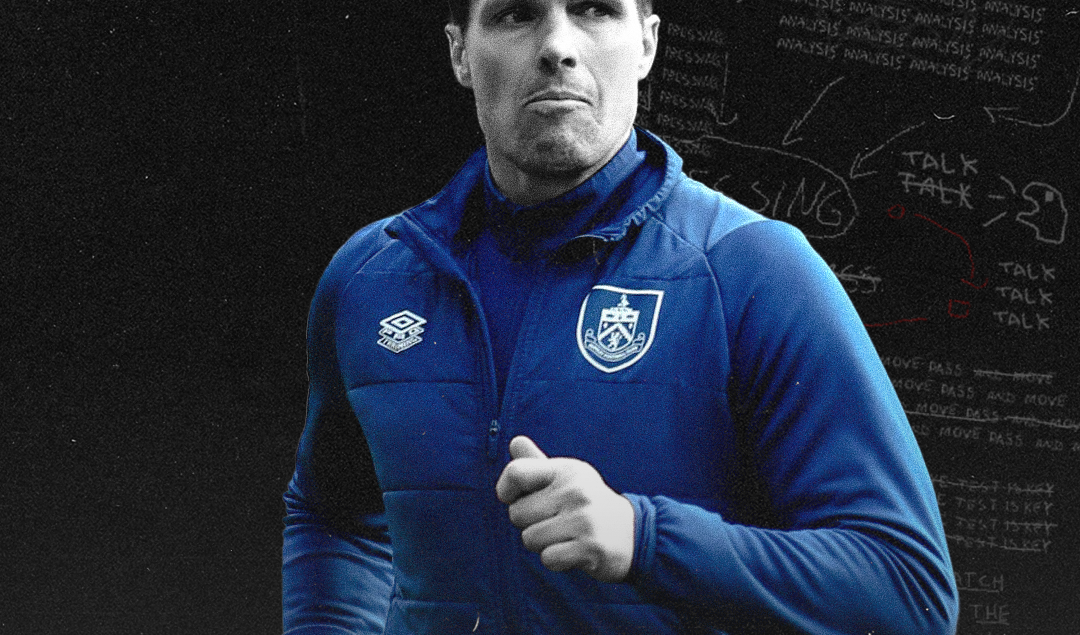 When Sean Dyche was sacked by Burnley on April 15th 2022, the football world was shocked, and horrified. Dyche was such a fan favourite, not just amongst The Clarets’ faithful, but for neutrals too.

Whether it be his five-minute press conferences talking about ‘Lookie-Likeies’, or the hilarious shots of him stood in a snowstorm wearing just a shirt and tie, Dyche never failed to deliver brilliant moments to football fans across the country.

Let’s not pretend like he was just a walking gimmick either. Prior to his sacking he was the longest-serving manager in the Premier League, and he was widely regarded as having done a phenomenal job with the smallest, oldest, and cheapest squad in the division.

This perception would not have changed if he had led Burnley to relegation this season, either. However, here we are.

Three weeks later, a Burnley side helmed by their under-23s manager Michael Jackson, academy director Paul Jenkins, and captain Ben Mee, have taken 10 points from a possible 12, have a reinvigorated squad, and a fired-up fanbase.

Out of nowhere, Burnley have started creating chances for fun. Up until the point of Dyche’s sacking they had created the second-lowest amount of xG in the league. Since that point, they have created the fourth-highest – only Manchester City, Liverpool, and Arsenal have accumulated more in that time.

So, how has it happened? What’s changed? Actually, not a great deal!

You might expect there to have been a significant tactical shift, or a complete revamp of the regular starting eleven, but barring a couple of minor tweaks, that hasn’t really happened.

They still line up in their tried-and-trusted 4-4-2, the player selection is relatively unchanged, and the style of play is more or less the same, and this is also demonstrated in the data.

How Will Burnley Fare Without Sean Dyche?

It’s slightly different, but not a great deal.

In terms of territorial dominance, they are doing marginally better. Field tilt is essentially a measure of a team’s possession but only counting touches or passes in the final third, and Burnley’s field tilt is slightly greater under Jackson – 42.41% compared to 42.12% under Dyche. Again, it’s an incredibly insignificant difference.

The most notable visible difference when looking at the stats is how often Burnley have played short passes since the managerial change.

Overall this counts for a swing of approximately 5%. This doesn’t suggest a gigantic tactical shift, but it is worth noting, and it might suggest the direction in which Burnley would like to go in from the 2022-23 season and beyond, but more on that later.

What I believe we’re seeing is an extreme example of the ‘new manager bounce’, but if you ask me that’s exactly why Jackson, Jenkins and Mee are doing such a good job.

With eight games remaining in the midst of a relegation scrap is not the time to be trying to introduce new tactical ideas to a team that’s been playing the same way for the best part of a decade. It’s also not the time to be pulling regular, seasoned first team players out of the picture and replacing them with a host of new faces.

It is, however, the perfect time to energise and encourage a squad that is low on confidence, and give them some additional freedom to express themselves.

Not only are you allowing your players to show their talent a bit more, but you’re also taking off some pressure and providing an element of calmness to a situation that has become extremely pressured and extremely stressful.

This is where Ben Mee’s inclusion has been extremely useful – the club captain has been out injured for some time now but his closeness with the rest of the squad has given Burnley’s players the opportunity to express what they believe to be the biggest problems with their performances, and propose solutions.

No player in the squad has demonstrated the change in ‘vibe’ more than Dwight McNeil, one of Burnley’s better players, but one who has been enjoying a relatively disappointing season.

After their recent dramatic 2-1 win over Watford, McNeil was interviewed and he summed it up perfectly, saying: “He has given me the confidence back and got me believing in myself a bit more.

“He’s given me some guidance and a bit more freedom to go and get on the ball. I still know what I have to do out of possession but it has been a really great week.”

One thing that has supported McNeil to do this is his shift from left-wing to right-wing.

The 22-year-old has always been a relatively good dribbler with an exciting and creative streak in him, but often his role in Dyche’s system hampered those abilities. He was regularly tasked with holding the width as a left-footed left-winger, with a view to getting crosses in the box early and often.

Moving him over to the right hand side has given him more license to naturally cut inside and take on his man, find an incisive pass or get a shot off. Since the managerial change, McNeil has started every game on the right-wing, something he’d only done six times in 30 games under Dyche this season.

It’s only a minor tweak, but it’s something that has made a difference, and speaking of minor tweaks, let’s look at that 5% short passes/long passes swing again.

The reason for this could be to draw the opposition forward before making the long-ball attempt. If a team is just pumping long-ball after long-ball forward it makes it a relatively easy task for the opposition to get into their defensive shape and hold firm.

Making a few extra short passes before the launch forward tempts the opposition forwards to apply pressure – as the rest of the team pushes up to support that press, Jackson’s Burnley can send the ball forward and be more likely to win the duel against a more unsettled back line.

However, what is even more interesting about this change could be what it tells us about where Burnley’s future might be.

Four games of football under Jackson and Co. is such an incredibly small sample size to draw any concrete conclusions from, but if you look at the top-rumoured candidates to replace Dyche on a permanent basis it looks like they want to go down a similar path to that of Crystal Palace.

According to Sky Bet, the top-two candidates for the job are Vincent Kompany and Wayne Rooney. Two managers who, like Patrick Vieira, are in the early stages of their managerial careers but have shown an inclination for playing a more attacking, more possession-based game.

If the current leadership at Burnley can achieve Premier League survival while sowing the seeds for a tactical change at the club in the coming season, I’d say that’s a job well done.

*all data accurate as of 3rd May 2022, from StatsBomb via FBRef and Understat