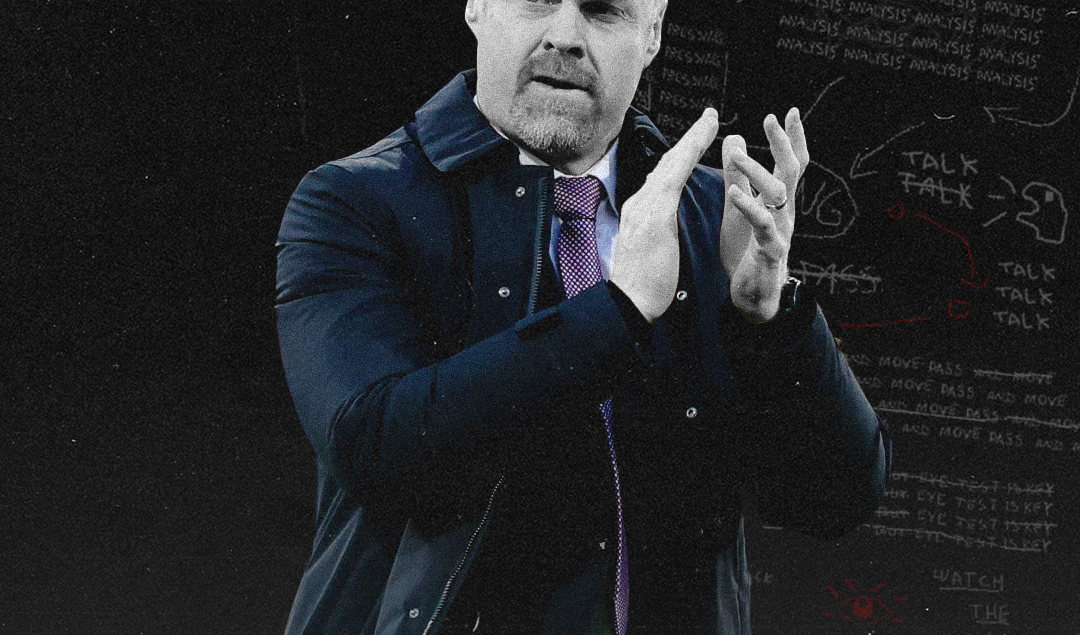 Until last Friday, Sean Dyche was the longest-serving manager currently in the Premier League, spending almost a decade at Turf Moor.

But the Clarets hierarchy opted for a change, to give the club ‘the best possible chance of retaining its Premier League status,’ one which Dyche had helped them maintain since 2016.

The former defender’s managerial career began at Watford, a club he’d played for between 2002 and 2005. It wasn’t the most conventional segway into the hot seat, joining the coaching set-up at the Hornets as under-18’s boss.

He climbed the ladder to the assistant manager post, but as soon as manager Malky Mackay left, Dyche took the top job.

The side was tipped for relegation following the departures of star men Danny Graham, Will Buckley and Don Cowie the summer beforehand.

And yet, after spending next to nothing in the market to replace them, Dyche guided them to their highest finish in the second tear tier for four years.

However, the takeover of the club into the hands of Gino Pozzo meant that the boss was immediately sacked as they looked for a clean slate under the new regime which was to become typical under that ownership.

But only four months later Dyche found himself in a new role, and one that he’d possess for almost the next ten years of his career.

His net spend of £21 million over the past five seasons proves both his exceptional transfer acumen and ability to squeeze every last pulp of energy out of an aging squad.

Two promotions coupled with six seasons of Premier League survival and an added bonus of European qualification makes for a terrific task completed by the former Clarets boss.

The club was taken over by ALK Capital in 2018, buying an 84% stake at Turf Moor with Alan Pace taking over as chairman.

But this brought little change to the careful spending of previous owners, despite this being the first time the club was not owned by a fan or local businessman. Still, despite Dyche’s overachievement, the owners weren’t happy.

And on Good Friday 2022, they opted to part company with the 50-year-old, bringing his almost-decade long reign to an end after only picking up four wins in the season.

But it’s unclear to see what sort of vision they have to replace him, but this decision made in typical footballing blind panic is likely to be the turning point in the season either way.

The beginning of his tenure as Burnley manager has begun relatively well, picking up a creditable draw against UEFA Europa League semi-finalists West Ham and then producing arguably their best performance of the season against Southampton with a two-nil win.

In that win over the Saints, Jackson’s side played with less rigidness in their structure and opted to move the ball along the floor more frequently.

The managerial change has clearly impacted Dwight McNeil, who under his current form is set to have his worst season in a Clarets shirt.

However, the 22-year-old looked visibly happier and more confident, moving the ball with fluidity along the floor and completing 75% of his dribbles throughout the game. 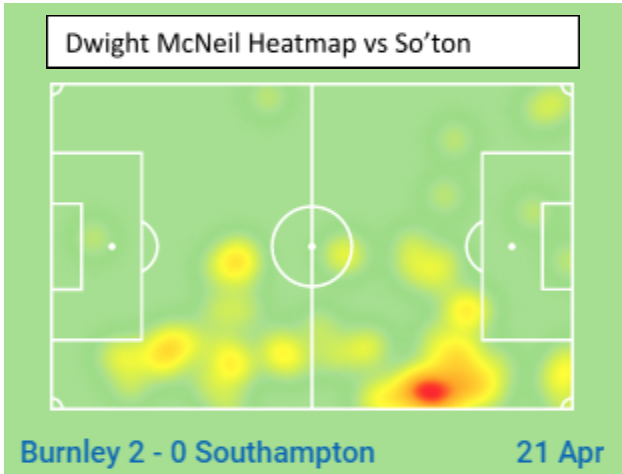 McNeil currently ranks in the bottom 34% of players for progressive carries, it’ll certainly be interesting to see how he develops as he receives the ball in more central areas compared to his time under Dyche.

The Dutch international naturally fits the bill of an aerial target man, standing at six foot five but his technical ability cannot be understated.

It was plain for all to see that in Thursday’s win, Weghorst demonstrated his ability to link up play better on the floor rather than the air.

The same could be said for Josh Brownhill who registered his first brace of assists for the campaign, a typical cliché but the midfielder covered every blade of grass in that one, and provided that attacking touch for the first real time.

An impressive tally of seven points in three games has seen the Clarets escape the relegation zone for the time being. They are two points clear of Everton, who have a game in hand, as well as 10 and 11 points above newly promoted sides Watford and Norwich.

It’s unclear to see who Burnley have lined up as their next permanent manager, but there’s a feeling amongst some of their supporters that letting go of Dyche could’ve had a more positive impact on the squad than they initially thought.

Chris Wilder was initially in the running but recently declared himself ‘fully committed’ to his current project at Middlesbrough.

There are no real standouts for the job, but former Braga boss Carlos Carvahal has risen in the odds for the job.

The same could be said for Wayne Rooney who almost completed the impossible task of keeping Derby County up last season despite a threadbare squad and a 21-point deduction.

However, the former Everton and Manchester United striker is likely to manage in League One next season so the possibility of him moving on to a side like the Clarets could be possible.

The only candidate on the shortlist never to have managed in England is Kjetil Knutsen, whose Bodo/Glimt side inflicted the heaviest defeat of Jose Mourinho’s career on their way to the UEFA Europa Conference League.

Knutsen employs a high-energy, youthful style of play which does have its parallels to Dyche’s previous style.

But Burnley’s board haven’t moved swiftly to employ their next manager, so for now Jackson and co must continue to get the best out of this Clarets side to provide a Premier League proposition for their next manager.