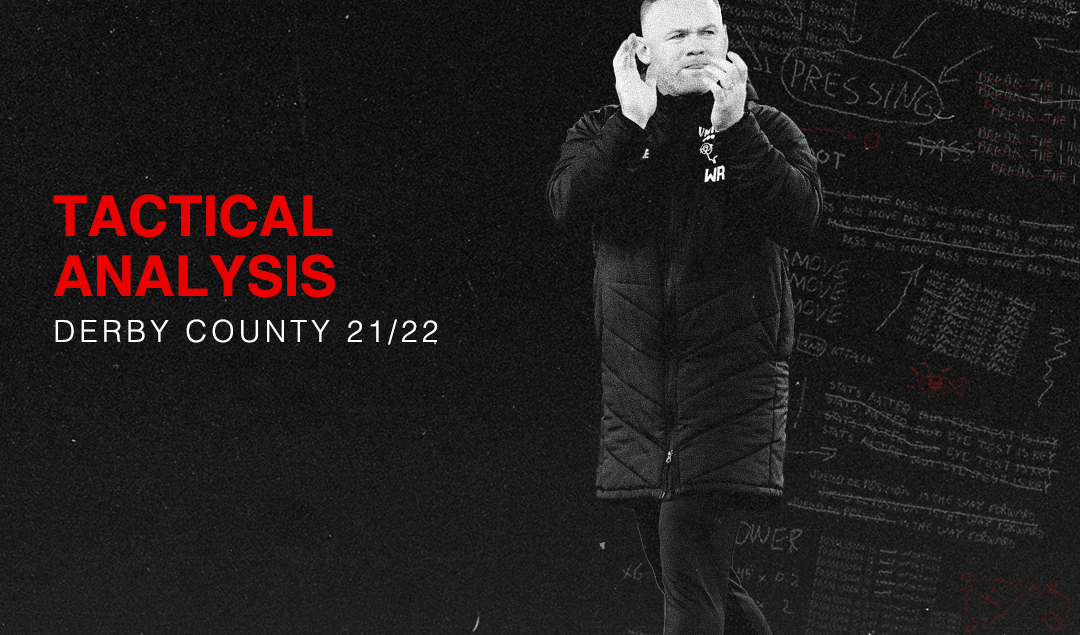 Many of you will remember a time in the not-so-distant past when Derby County was a club, to the point of social media ridicule, referred to as Frank Lampard’s Derby County in wider football circles, and that mantle of a high-profile ex-player in management was soon passed over to Wayne Rooney when he took charge in November 2020.

One year on from Rooney’s appointment, a club that briefly became characterised by the big name in the dugout has reclaimed its identity and stolen the hearts of the footballing world. But in typical Derby fashion, as their on-pitch antics feel more worthy of plaudits and pride than ever, their foundations and their future continue to collapse around them.

If the constant state of turmoil they find themselves in, which has resulted in a 21-point deduction this season, has taught us anything, it is that adversity can unite people like nothing else.

This is a team that finished in the Championship’s top ten for eight consecutive seasons between 2013 and 2020, reaching the play-offs on four occasions, and yet the love between fans, players and the manager has never been stronger.

Even when you put to one side the points deduction, ongoing administrative uncertainty and the subsequent romanticism of their achievements on the field, this is still a Derby team with a young manager thriving in his first job, utilising exciting academy players and embedding them into a threadbare squad exceptionally well.

Take all of the off-field trials and tribulations out of the scenario to place the Rams in 15th on 39 points and this would still be the most captivating story in the division by some distance. So to compound this squad with a continuous storm of stress and impending doom looming over them, it is extraordinary that survival this campaign is anything other than an impossibility.

With 16 games to play at the time of writing, Rooney’s men are four points adrift of safety having picked up 17 points out of 27 in their last eight fixtures. Two months ago, the deficit between them and the team in 21st place, just outside of the relegation zone, stood at 20 points.

Now that they have scraped through January with the bulk of their squad and an excellent manager intact, with the momentum and the mentality they have built over the course of the season, it is difficult to see anything standing between Derby and the greatest escape in English football history.

The fact that everybody wrote them off from day one of the 2021/22 campaign released the shackles on a squad in desperate need of some light relief after narrowly avoiding relegation last time out. This freedom born out of a situation that gives them no other option has seen them adopt a spirit reminiscent of Sunday League teams from early on.

‘We’re struggling for a squad this week, lads. So, Tom Lawrence is gonna do a job up front for us. We’ve drafted in a couple of older guys to help out and a couple of local, young lads who can play a bit as well’ is a team talk you’re more likely to hear at your local park than at Pride Park.

However, speaking from experience, when those veteran defenders are faultless in outfoxing opposition attackers at every opportunity and coaching the entire team through the game, enabling the youth to thrive, you spend the next few weeks enduring humiliating defeats and wishing your usual team-mates would go on a weekend bender in London more often.

Of course, the latter rarely ever happens in professional circumstances (let’s not go there, Derby fans), and so Rooney was able to bond with this group of misfits every day to a point where a squad significantly made up of players fuelled by playing regular football at Championship level, be it once more or for the first time, are now accustomed to the standard and infused in search of one common goal: survival.

From a squad for which any other result than defeat was seen as exceeding expectations, Rooney has forged an environment where he has harnessed the never say die attitude from the stands and passed it onto his team, who pour out every ounce of energy as if each of them are personally responsible for saving the club not only from relegation, but imminent liquidation as well.

In turn, this collective courage that runs through the squad has enabled Rooney to trust in every player at his disposal and tactically tinker frequently in order to find success with limited resources. On the pitch, that trust has mostly been placed in 36-year-old Curtis Davies and his equally experienced centre-back partner(s), be it Phil Jagielka (39) who moved to Stoke in January, Richard Stearman (34) or Craig Forsyth (32).

As The Athletic’s Derby County reporter Elias Burke tells Breaking The Lines: “This has allowed Wayne Rooney to build his attack in confidence that his defence has the experience and knowledge of how to navigate tricky situations.

Rooney prefers to play a high line and control possession in the opposition’s half, leaving large spaces in behind – a tough ask for older defenders – but they have proved more than a match for quick forwards.”

“They’re supported in the midfield by Liam Thompson and Max Bird, who combine diligent defensive work with incisive line-breaking passing.

In recent weeks, the tandem of Thompson and Bird has worked well as their contrasting styles – Thompson is a water carrier, Bird is a deep-lying playmaker – have allowed both to focus on their positives, with the other cancelling out their shortcomings.”

The versatile midfield duo, who are only 19 and 21 years of age respectively, encapsulate the way in which Rooney likes to set up his team and are integral to the possession-based system that a high line lends itself to, but whilst their aim is to progress play methodically, passing quickly but smartly and moving in tandem to engineer spaces to build through the middle third, it is also an important aspect of their game to take on equal responsibility without the ball when they don’t have much of it.

In games where Derby have significantly less possession than their average of 48%, such as their home fixtures against Swansea (24%) and Stoke (32%), the Rams find success defensively in playing to the respective strengths of that central quadrant of holding midfielders and central defenders, with the midfielders often dropping into their own penalty area, in line with the defence with the intention of drowning out opposition attacks through sheer presence of bodies.

This allows the likes of Curtis Davies to be the aggressor in his defensive work, knowing full well that he has a teammate filling in behind when he steps out, and Derby’s young midfield are endlessly chugging away to ensure the opposition can’t get through.

It’s far from pretty to watch at times, like a less extreme version of the first challenge on Takeshi’s Castle, Knock Knock, where every player is throwing everything they can at the obstacle in front of them until one finds a breakthrough, an opportunity to exploit the vacant space ahead, and this is where Derby thrive in an attacking sense.

Now, the word ‘thrive’ hasn’t been a part of the vocabulary used to describe Derby’s attacking output very often this season. However, since 19-year-old Luke Plange has been integrated into the starting eleven, Rooney’s men have improved significantly going forward.

As Burke highlights: “In recent weeks, Plange has added a different dimension to the attack as he combines natural pace and athleticism with the bravery to dribble directly at defences, qualities Colin Kazim-Richards and the now-departed Sam Baldock don’t possess.”

In the 20 matches before Plange made his debut at the start of December, Derby averaged 0.85 goals per game, scoring two or more on just three occasions. In the ten fixtures since, they have averaged 1.4 goals, scoring twice on five occasions.

The teen, who has been loaned back to the East Midlands after securing a move to Crystal Palace last month, has the mobility and the movement at the spearhead of an attack that Derby were crying out for before he arrived on the scene, and his enthusiasm in collecting the ball from deep, allowing for runners ahead of him to create transitions into the final third that are reinforced by speed and numbers have been a huge catalyst in their upturn in form.

The same can also be said for academy graduate Festy Ebosele, who has been likened to Adama Traore for his boisterous ball-carrying approach. Throw into that mix the energy, poise and most importantly, the quality of Tom Lawrence and Jason Knight and Derby have an ever-growing, multifaceted frontline on their hands.

It all feels very progressive on the pitch at Derby, and the eagerness to get behind this young team and the man in charge is palpable.

Although in the current climate, it is inconceivable to look at the long-term project that they could be starting to build, it is worth enjoying the sublime talent on show at Pride Park this season.

“On Rooney, there is a lot of potential.” Burke explains. “He displays many of the raw attributes that we have seen in some of the all-time greats.

He is dedicated and ruthless while remaining relatable and personable to his players. Encouragingly, he has proven himself to be an astute tactician, and his game management has improved throughout the season, also.”

As for Max Bird, Burke admits: “If he continues his current rate of progression, I would not be surprised to see him don the Three Lions at some stage of his career. This season, he is displaying all the requisite qualities to be a Premier League midfielder.”

These are truly extraordinary circumstances that Derby County currently find themselves in. A campaign that has reinvigorated the identity of a great club, having an enormously positive impact on the perspective of the fans, players and Rooney moving forward, who will remember it fondly for years to come regardless of the outcome.

However, after countless attempts at promotion to the Premier League over the past decade, seemingly doing everything in their power to fail, completing a once insurmountable comeback to survive this time around feels like the justice they deserve.