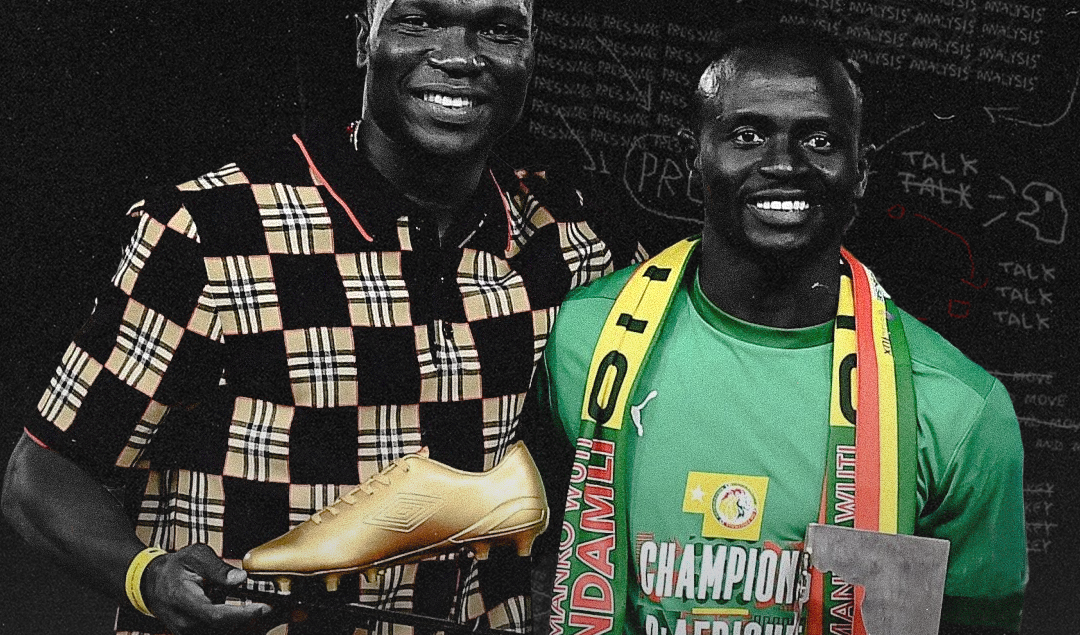 Africa’s tournament has come to an end, but it wasn’t without excitement, thrill, mouth-watering moments and of course, heartbreak. The tournament produced some incredible moments from some amazing players, some of whom you would expect to be in the team and some lesser-known players.

The 2021 African Cup of Nations was one of the most exciting international tournaments in recent memory. With 100 goals throughout the tournament, this was the second-highest scoring AFCON ever. Although the tournament started slowly with only 12 goals in the opening 12 games, it is safe to say it picked up.

A few players on this team of the tournament picked themselves, but a few positions were extremely difficult to choose because multiple players could have easily been in the team. Here is our Team of the Tournament for the 2021 African Cup of Nations:

Although it was Senegal’s Edouard Mendy that was given the award of the best keeper of the tournament, everyone was in agreement that Gabaski should have won the award.

Even though he wasn’t Egypt’s first choice, since coming in he only conceded one goal which was a penalty in the quarterfinal against Morocco.

Having kept 3 clean sheets as well as making crucial saves on the way to winning 2 penalty shoots, it’s safe to say that Gabaski has won the hearts of many and is the rightful keeper in the team of the tournament.

Senegal’s Bouna Sarr also making a solid case but ultimately it was Issa Kabore that got the nod. Kabore, similar to Hakimi was the most impactful player on his team and every attack came from their side.

Extremely dangerous on the ball and incredible in winning the ball back for his team. Manchester City has their right back of the future.

Koulibaly missed the first 2 games of the tournament due to COVID, but his presence in the Senegalese backline was felt the moment he stepped in. The Senegal captain was the embodiment of composure at the back and was crucial for their run to their first title.

The Team of the 2021 Africa Cup of Nations Group Stage

Not only was Koulibaly incredible defensively, letting nothing get passed, but his passing ability also started multiple attacks for Senegal going forward. Koulibaly may well have been the player of the tournament considering how good he was in the winning run.

Another Egyptian player who came in due to an injury. 23-year-old Abdelmonem came on in Egypt’s second game of the tournament, he also saw his team concede one goal for the rest of the tournament (a penalty which he gave away).

The Best AFCON Players in the History of the EFL Championship

He was an absolute rock at the back, and even though he was carrying an injury, made many goal-saving challenges to help get Egypt to the final.

Most of the talk going into the tournament was Mohamed Salah’s ability to get goals but it was their defensive masterclass led by another Mohamed that was key to them getting to the final.

Going into the tournament, not many people knew about the 32-year-old full-back playing his football in the second division in France for AS Nancy, who sit bottom of that table.

His link-up play with Sadio Mane down that left-hand side was the main source of goals for Senegal, his nonstop bursts up and down were a staple of this Senegal side.

Had Ciss been younger it would be only a matter of time before he got a move. Either way, Saliou Ciss deserves all the credit he can get because he was very important for Senegal on the left-hand side.

Although, Sangare and Ivory Coast were eliminated in the round of 16 on penalties, his performances in the games that he played were remarkable and according to many, this tournament’s breakout player.

Sangare did everything for his team, from winning the ball back defensively to starting attacks. Sangare was the definition of impact, he was magnificent in all aspects and deserves to be in this team.

In a team packed with stars, it was the Leicester City midfielder who was that glue in that midfield. Similar to Koulibaly, Mendy also missed the first 2 games.

However, since his return to the side, he started every game and was vital for Senegal. His ability to sit in front of the defence allowed both full-backs to continue to go forward and worry less because Mendy was there to cover.

Mendy was up there in all the major categories defensively (ball recoveries, interceptions, tackles). He may not be Mane or Koulibaly but Mendy was just as important.

He and Aboubakar formed a deadly duo and lit the tournament on fire. Not many people gave Cameroon a real chance in this tournament, but the form of this duo had everyone worried. Ekambi has certainly covered his name in glory this tournament and will be remembered for having a historic tournament.

The official player of the tournament, and rightly so. Although Mane wasn’t the top scorer, he was by far the most influential. Even when Senegal weren’t firing on all cylinders failing to click in attack, Mane was putting it on a plate for his teammates.

Mane was unplayable at times for Senegal and even though his club form was called into question at times this season, nothing can be questioned regarding his form at this tournament. With the pressure of a nation’s history on his shoulders, he stepped up and was incredible.

Along with Comoros, Gambia stole the hearts of many. Coming in as the lowest-ranked side in the tournament, many assumed that Gambia would be happy just to be here. Boy were they wrong.

Not only did they compete they got to the quarterfinal. That wouldn’t have been remotely possible without their talisman, Musa Barrow. The 23-year-old was amazing, often an outlet for his team who were defending, for the most part, Barrow was effective every time he had an opportunity.

Gambia scored 4 goals in this tournament, and Barrow was directly involved in all of them, scoring 2 and assisting 2. Musa Barrow was as important to his team as anyone else.

This year’s top scorer with 8 goals, the 2nd highest tally ever and the most since 1970. Many believed he should have been the player of the tournament based on his output. A lot of people didn’t know what to expect from Aboubakar, who plays his football in Saudi Arabia.

Vincent Aboubakar's sole goal in the 2017 Africa Cup of Nations came in the 88th minute of the Final to defeat Egypt in Libreville.

This year, Aboubakar finished as the tournament's top scorer with 8 goals in 7 games for hosts Cameroon.@WillFowler5 and @SaladNFL: pic.twitter.com/9i4gmbiDo4

Captaining the host nation is no easy task, but he took that pressure and delivered in an all-time great way. With Toko Ekambi, Aboubakar fired Cameroon into the discussion with the favourites and had it not been for a bit of luck on the part of Egypt in the semi-final, they could very well be champions.