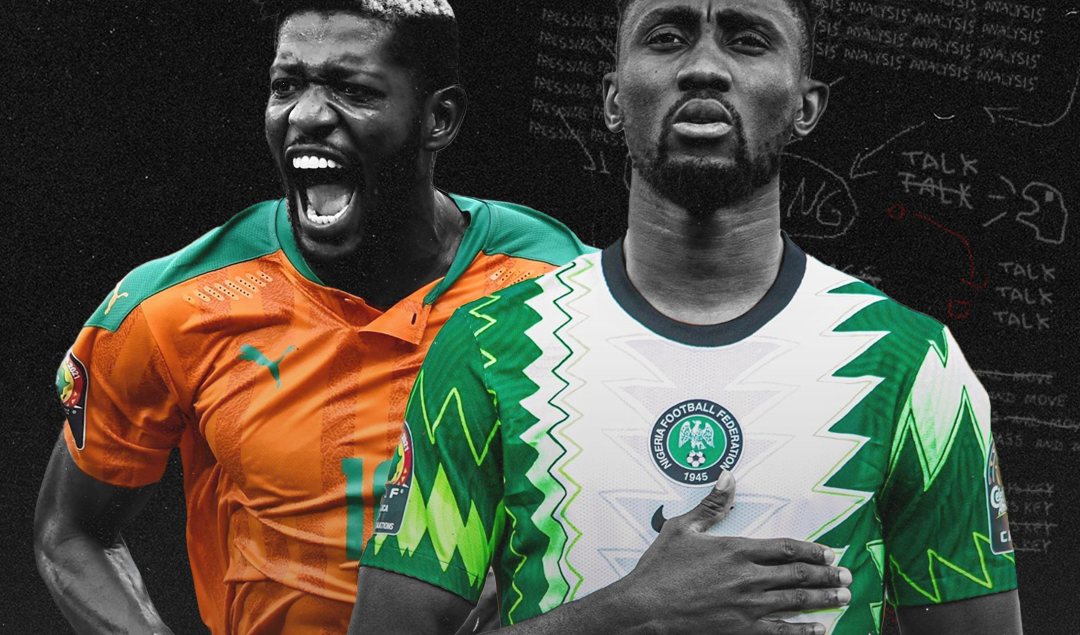 The TotalEnergies 2021 Africa Cup of Nations [AFCON] has certainly lived up to expectations thus far, but on an individual basis, some players have lived up to expectations, some have surpassed and others have been a massive disappointment. As we enter the knockout stages of the competition, the nerves begin to become a real factor and the great players separate themselves from the good.

As always there are some players that have been vital to their team qualifying and we will highlight the best of those in this article. Some of these players are no-brainers, others could be debated.

Unlike any tournament of its kind before, this particular African Cup of Nations is filled with more talent than there has ever been, and it is spread across all 24 teams. Here are the best 11 players of the competition so far:

At 31, making his tournament debut has been very solid. Mounkoro, who plays his club football in Congo, was the man of the match in Mali’s opener against Tunisia.

Not only did Mounkoro save a penalty late in the game to secure the win against Tunisia, but he has also been very reliable throughout the tournament and doing well commanding his area. Mali have only conceded one goal which was a penalty and Ibrahim Mounkoro is a big reason for that.

One of the household names of African football, Paris Saint-Germain right-back Achraf Hakimi has not disappointed by any means for Morocco.

Although Hakimi is a defender, he as big a threat as any player on the pitch. His blistering pace and incredible ability on the ball make him a very dangerous player to deal with. When you play against Morocco you must pay attention to Hakimi and where he is at all times.

Nigeria’s captain William Troost-Ekong has been a rock at the back. A no-nonsense defender that was good on the ball and a real leader.

Troost-Ekong is the only defender to have started all 3 of the Super Eagles’ group games and he has been flawless in every game.

He was awarded the man of the match award after their final game against Guinea-Bissau. Nigeria have only conceded one goal which was from the penalty spot in their opening three games, Troost-Ekong deserves a lot of credit.

Burkina Faso have conceded three goals in the tournament so far, all three have been penalties.

Don’t know what to make of that, you could say they have defended really well because they haven’t given away any goals from open play but at the same time, self-inflicted mistakes have halted their ability to finish top of their group.

Tapsoba has been one of the more impressive defenders in the tournament. His youth and physicality allow him to get the better of almost all that come his way.

Ghislain Konan has started all three games for Ivory Coast and every game he has started with a different winger on his side of the pitch.

His ability to carry the ball at pace and get into dangerous areas has created many chances for the Ivorians so far. He has held his own defensively as well. Ivory Coast will rely on him heavily throughout this competition.

Mali goes as far as Amadou Haidara takes them. His partnership with Yves Bissouma will be key for Mali. Haidara pulls all the strings in that midfield for Mali and for a team that likes to keep the ball, Haidara is key to the way they intend to play games.

Haidara is the calm in the middle of the pitch for Mali, good at winning the ball, then starting the attacks for his team.

An engine. The only word you can use to describe the Ivorian defensive midfielder. Coming into the tournament all the talk was about all the talent Ivory Coast possess going forward and exciting they would be.

Granted they have been a very fun team to watch, and certainly one of the best, Sangare has provided that balance in the team, doing his job effectively and efficiently. Sangare has been everywhere and has certainly outshone his midfield partner, Milan’s Franck Kessie.

The general. Nigeria have been the most impressive team in the tournament with nine points out of nine, six goals scored and one conceded. But without a doubt, the most indispensable player in that team is the Leicester City midfielder.

Sitting in front of the back four, protecting them and distributing the ball incredibly well. Nigeria will need Ndidi healthy and playing at his very best if they want to continue their fine form and go deep into the competition.

Before the tournament, not many people expected Nicolas Pepe to have much of an impact due to his club form. Boy were we wrong, Pepe has been amazing for his country. He didn’t start the first game, but from the moment he came on, he was beating players for fun and putting the ball into very dangerous positions.

Pepe has two goals and an assist and it could be much much more if he was able to finish and if his teammates finished the chances he created for them. He will be crucial to Ivory Coast going forward

Moses Simon could be the surprise of the tournament so far. Everyone was aware of what Kelechi Iheanacho and Samuel Chukwueze could offer when they are on form, but it’s been Simon that has been the most dangerous for the Super Eagles.

Causing havoc on that left side, beating players with ease then delivering a precise final ball or cutting in and making the key pass, Simon has been Vital for Nigeria and it doesn’t seem that he is slowing down any time soon.

The current leading scorer of this year’s tournament with five goals. No other player has more than two so far. Being captain of any nation comes with a certain level of pressure but being captain of the host nation of a major international competition is a different ball game altogether.

Aboubakar has embraced that role with open arms and has been on fire this tournament. He has been the best player in this tournament bar none and he knows he needs to continue like this if he wants to lift that trophy in his hands in three weeks.