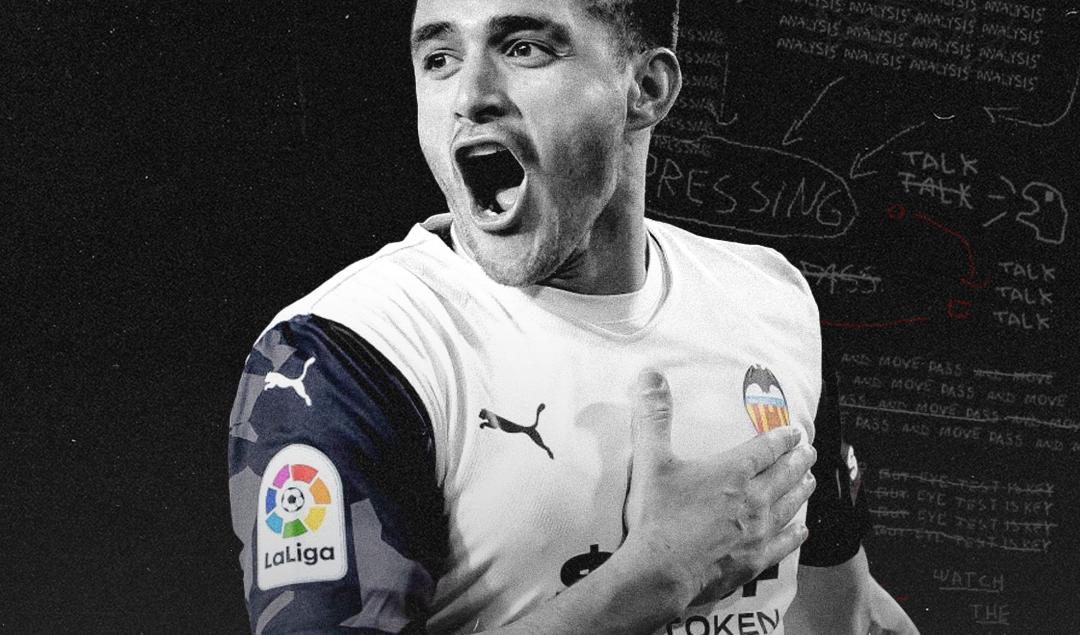 The term “system player” is widely viewed negatively. It is easy to see why. There is a general view that any player who needs a system to thrive is not necessarily a good player.

After all, you won’t always have a system suited to you, especially if you are not the best player on the team or the person the team is built around.

While that is a fair view, the reality is that every player needs a good system – good, in this case, meaning a system that emphasizes the person’s strengths and minimizes weaknesses.

Some players obviously find a way to thrive even when the system is not suited to them, but that is often as a result of sheer will or supreme skill. And even that is not enough sometimes, even for the most incredible players. It is also absolutely not sustainable.

Systems matter. They matter because of those weaknesses that players have, in spite of their strengths. No matter how good you are, and no matter who you are, you need a good system to be the best version of yourself.

The roles of the striker and the center forward are perhaps the ones most dependent on other players and the system. This is because they generally touch the ball the least, of all outfield players.

It is also because of the often crowded area they operate in – Zone 17. Even in teams that like to have possession, in which they may be required to be more actively involved in the chance creation process, their influence still relies heavily on how those around them act.

It is therefore interesting to see how underperforming strikers/center forwards are appraised. Very often, this appraisal starts and ends with their goals, primarily, and then their assists for support if they are lacking goals.

The added context about the reasons for their struggles is often ignored. This does not mean that the reason always goes beyond the striker’s own abilities. But it is important to at least consider the full picture before deciding on a conclusion that the striker is the whole problem.

Uruguayan striker Maxi Gómez has recently become a victim of not just the system he plays in, but also the flawed appraisal of his performances.

On the surface, he just seems like a decent striker who became a flop at Valencia, perhaps because he was never really good enough. 21 goals in 98 games in his Valencia career is a poor tally. 3 goals in 25 games this season is worse.

While it is fair to say that Maxi has been poor, it is also important to understand a big reason why. Glaring as it is – the reasons contributing largely to his poor numbers and sometimes underwhelming performances – many have not fairly analyzed his troubles by looking at the larger context.

Put simply, Maxi plays in a system that is not suited to the optimal use of his strengths, in a team that completes the least amount of passes in the league, at a club that has a recent history of not creating anywhere near enough for its strikers.

This season, fan frustration with him has reached a new level, with many asking for him to be sold. It has not helped his case that loanee Hugo Duro has scored almost three times as many goals as him, playing mostly from the left side.

In recent times, Duro has replaced Maxi as a starter in the center, following the signing of Bryan Gil and the consequent tactical tweaks.

But is Hugo Duro really thriving in the system or is he making magic happen via sheer will? Well, so far, he has scored 8 goals in 29 games.

Relative to Maxi’s tally, that is a lot better. But in reality, it is not a particularly eye-catching tally. Furthermore, 5 of those goals have come while he was playing out wide.

It is clear to see that he has benefited from the center backs being occupied by whichever striker was playing, to run into good positions relatively unchecked, and score. When he has played in a central role though, he has scored 3 goals, in roughly 16 appearances.

What has helped Duro win the fans over, apart from his crucial goals, has been his passion and relentless running.

He has played with a never-say-die attitude that has endeared him to fans who respect effort, especially when output is lacking.

This is something that Maxi has been heavily criticized for. Some of the criticism has been fair and deserved, but again, the bigger picture shows a guy who is extremely low on confidence.

Also, what Duro is now is what Maxi was when he arrived at Valencia – a physical, battering ram with a high work rate who was a handful for defenders.

Over time, that quality seems to have disappeared in part, and one can guess he just got tired of running with no rewards. Valencia simply do not create enough for him or use his strengths.

A big criticism of Maxi has been that he is wasteful. The numbers disagree, as will logic and the famous eye test, for a neutral observer.

So far in his two and half year Valencia career, he has missed only 10 big chances in La Liga. His minutes add up to 70 games. His total NPxG in that time, according to FBref, is 15.2. He has scored 20 goals.

This season, he has missed only one big chance, accumulating a 3.0 NPxG and scoring 3 goals. These are not the numbers of a striker who has been wasteful. Rather, a starved one. Hugo Duro’s NPxG in the league this season is slightly higher – 3.6. He has scored 6 goals, a massive overperformance.

Maxi’s biggest strength is his aerial ability. In his 17-goal debut league season at Celta, he scored 9 headed goals. In his 2 and half seasons at Valencia, he has scored only 5 headed goals – 3 of them came in his first season during the chaotic immediate post-Marcelino period.

The only time this strength is ever used is when he drops deep to try to knock an aerial ball down for a teammate, something Bordalas opts for rather frequently. He does not get the same service inside the box.

One of his strengths is also his ability to receive with his back to goal, get the ball to the wide areas or to his strike partner close by and make a run to receive in the box.

While at Celta, he had teammates always making runs down the channels to receive and then send in crosses. He also had Iago Aspas, with whom he combined well, as his partner in a front 2.

The last time Valencia played anything remotely close to that was under Celades in Maxi’s first season.

With Rodrigo starting from a wide position and drifting into the hole while combining with Maxi, Valencia sometimes looked unplayable even if it only lasted for about three months.

Rodrigo, on his part, always played close to Maxi and off him, and his dynamism made their partnership good. This is something that has been missing since he left.

At Valencia these days, he is always isolated up front. Bordalas has had Guedes playing off him for most of the season in what typically looks like a 2-man frontline on paper.

In reality, Guedes plays in a free role, mostly far from Maxi. Guedes starts on either wing & ball-carries towards the center but not in the way Rodrigo used to.

While Rodrigo relied on quick inter-play to move the ball and get into advanced central positions, Guedes relies on his strong dribbling. He is almost never close to Maxi.

There is no doubt that Maxi Gomez is a talented striker who could be scoring so much more but just isn’t, for the reasons already outlined.

In fact, based on his Celta spell, he appears to be a striker capable of a 20-25 goal season in a team strongly competing in European places.

Even though things just haven’t quite worked out for him at Valencia, it would be silly to write him off and dismiss his talents.

If he does leave Valencia, lots of teams should be all over him. Any team willing to build an attack around his strengths will be better for it. Do not write Maxi off just yet.