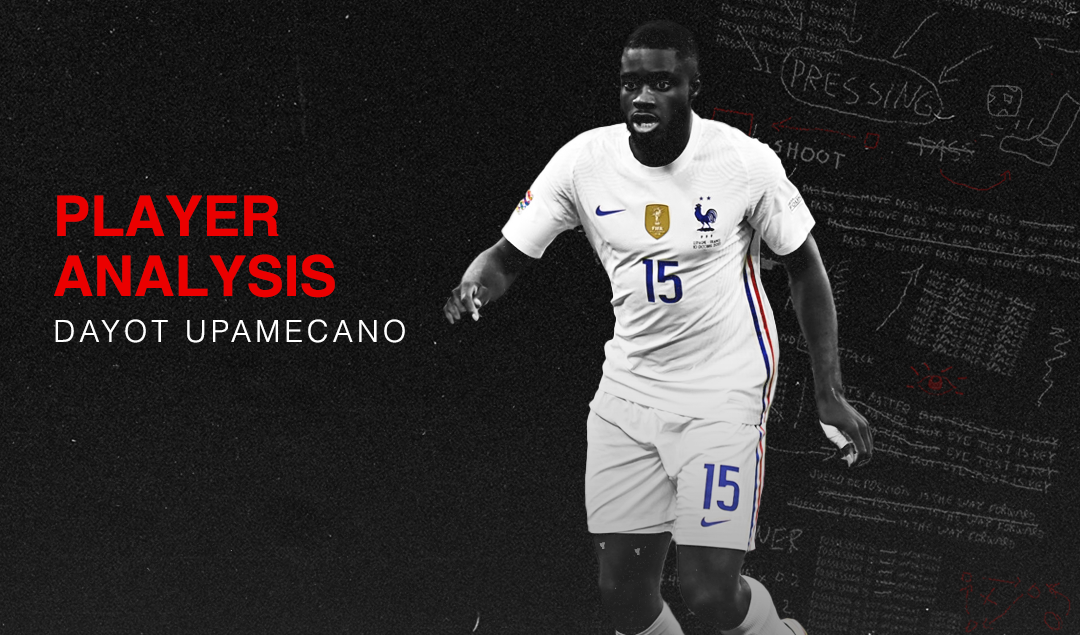 RB Leipzig’s founders promised its fans that they would be playing top-flight football within eight years, and thanks to their monumental financial backing from the energy drink magnate, they reached that goal ahead of schedule. Leipzig zoomed through the lower tiers of German football before gaining promotion to the top flight in 2016.

As a result of their financial backing, Leipzig have been able to complete various big-money signings and beat out other major European teams for the likes of André Silva, Ilaix Moriba and Brian Brobbey, but they have never strayed away from their goal of being a club that produces young, promising talents and sells them for hefty profits; look no further than the recent sales of Timo Werner and Naby Keïta.

After finishing second in the Bundesliga, Leipzig are undergoing a transitional season after various key pieces of their spine to their biggest rivals. Captain Marcel Sabitzer, manager Julian Nagelsmann, and star defender Dayot Upamecano headed to Bayern Munich, whilst center back Ibrahima Konaté joined Liverpool. Leipzig currently trail Bayern by six points after seven matchdays and have lost both Champions League games against Club Brugge and Manchester City.

The defense that conceded the fewest goals (32) in the Bundesliga last season has given up six goals to City, four goals to Bayern, and allowed winnable games such as Mainz and Wolfsburg to turn into losses. Whilst Simakan and Joško Gvardiol are two promising talents in defense, it is undeniable that they are missing one of the finest defenders in Germany in Dayot Upamecano.

The son of Bissau-Guinean immigrants, Upamecano joined his hometown team Évreux FC 2007 immediately after the club was established following a merger between Évreux AC and ALM Évreux. He played in the same academy as Barcelona’s Ousmane Dembélé, who was a year ahead of him.

At 15, he made the move to Valenciennes, a three-and-a-half hour drive eastward, near the border with Belgium. While he impressed whenever he did get a chance to play, Upamecano’s time at Valenciennes was marred by injuries. His body had matured into that of an adult’s, and he was still getting used to the demands necessitated by his mature physique.

Nevertheless, that didn’t stop the likes of Manchester United, Bayern Munich and Manchester City from pursuing his signature, but Upamecano rejected the money and allure for a more modest destination: Red Bull Salzburg.

With the promise of playing time, Upamecano joined Salzburg on July 13, 2015 for €2.2 million, a mouth-watering fee for a 16-year-old. A week later, he made his first-team debut in a preseason friendly against Bayer Leverkusen.

“He anticipated almost everything,” said then Salzburg manager Peter Zeidler. “He wasn’t the biggest, the fastest, or the most technical player, but eight times out of ten, he was the first to the ball.”

In order to develop at the professional level, he was sent on to second-division side FC Liefering, which has served as Salzburg’s feeder club since 2012. While he mostly played for Liefering that season, he made his starting debut for Salzburg on March 19, 2016, before jetting off for Bulgaria, where he would lead France to victory in the U-17 European Championships. He returned to Austria with the goal of becoming a starter for Salzburg.

After the deadline day sale of Martin Hinteregger to Augsburg, Upamecano’s path to the starting line-up became a lot clearer, and soon, Upamecano was one of the first names on the team sheet. While manager Óscar García mostly utilized him as a holding midfielder at the start, he soon played him in his natural position of central defense by late October, preferring the teenager to Duje Ćaleta-Car.

It didn’t take long before the likes of Barcelona and Arsenal were chasing after his signature, but it was RB Leipzig who won the race for the Frenchman, signing him for €10 million. Upamecano became the 13th player since 2011 to leave Salzburg for Leipzig, joining former teammates Naby Keïta and Bernardo in Saxony.

He made his debut on February 4, coming on for Rani Khedira against Borussia Dortmund. During the home stretch of the season, he became a regular starter, filling in for the injured Willi Orban. Leipzig finished second in their first-ever Bundesliga season, qualifying for the 2017/18 UEFA Champions League group stage.

He became a full-fledged starter the following season, causing Leipzig to sell seasoned defender Marvin Compper to Celtic in January. Leipzig struggled in terms of results, finishing sixth in the league, and finishing third in their Champions League group, before crashing out of the Europa League at the hands of Maurizio Sarri’s Napoli.

In contrast to other players who underperformed, Upamecano blossomed into one of the most promising center backs in Europe under manager Ralph Hasenhüttl, impressing with his aggression, physical power, and anticipation. The next season was somewhat of a transitional season for the club, with Ralf Rangnick serving as a ‘lame duck’, serving as a stopgap manager before Nagelsmann took over the following summer.

Whilst Leipzig struggled going forward in the absence of Keïta, who joined Liverpool, they were impenetrable at the back, conceding the fewest goals in the league (29). Upamecano played a vital role in their defensive solidity during the Hinrunde, establishing himself as a rock at the back despite his precocious age. However, his season was cut short in January when he suffered severe damage to his knee cartilage during a training session.

Upamecano returned to match fitness in late May, and earned a call-up to the 2019 U-21 European Championships. He started alongside Leipzig teammate Ibrahim Konaté for Les Espoirs, conceding just one goal throughout the group stage. However, they got a rude awakening in the semifinal, when a Spain side led by Mikel Oyarzabal tore them apart in a 4-1 drubbing.

Upamecano suffered another knee injury in August which kept him out for the first few weeks of the season, but he regained his starting spot following the injury of Konaté, whose season was cut short after suffering a torn muscle fibre on October 3, 2019. Whether facing off against Artem Dzyuba, Marcus Thuram, Robert Lewandowski or Diego Costa, Upamecano held his own and led Leipzig to a third-place finish and the UEFA Champions League semifinals.

He continued to go from strength to strength under Nagelsmann, convincing Bayern to reunite the two in Bavaria and sign him on a contract through 2026, triggering his release clause of €42.5 million. The departures of Javi Martínez, David Alaba and Jérôme Boateng put plenty of pressure on Upamecano to fill the void, and so far, he has convinced.

Whilst he was exposed in Alassane Pléa’s opening goal in a 1-1 draw against Borussia Mönchengladbach, he responded well as Bayern edged Borussia Dortmund in the DFB-Supercup and beat Köln in the league, followed by two resounding victories against Hertha Berlin and Upamecano’s former club Leipzig. However, arguably his finest performance of the season came on September 14 against Barcelona.

Going up against a Dutch duo of Memphis Depay and Luuk de Jong, Upamecano held his own and allowed Bayern to completely dominate proceedings, completing 89% of his passes, winning 4 tackles and 4 interceptions, winning 9 out of 15 duels, registering 2 clearances and winning 2 aerial duels.

After being given a rest against VfL Bochum, Upamecano returned to the line-up in Bayern’s wins against Greuther Fürth and Dynamo Kyiv, but found himself under criticism for his performance against Eintracht Frankfurt, failing to adequately deal with Filip Kostić’s corner kick as Martin Hinteregger headed in from close range, and allowed Kostić ample space to drive home a low shot that gave Eintracht a comeback victory in Munich.

Whilst he struggled to cover himself in glory in either of Eintracht’s two goals last weekend, his passing ability was on display as Upamecano constantly picked out Alphonso Davies in advanced positions on the left flank, and was also able to filter passes in between the lines to the likes of Leon Goretzka and Robert Lewandowski, allowing Bayern to pick apart Eintracht’s deep block.

Nagelsmann defended the young defender after the game, stating, “The whole backline has done a lot of steps forward in the recent weeks. They have done it better before though. They were all not so clear with their actions. That’s why the opponent had that many counterattacks. Upa has played a lot of good games since he is here and this a weaker one. That can happen.”

After making his international debut in a 1-0 victory over Sweden on September 5, 2020, Upamecano scored in the following match as Les Bleus defeated Croatia in a rematch of the 2018 FIFA World Cup, and played 45 minutes in a 7-1 win against Ukraine. He would have to wait a year before his next appearance for France, and this time, he was thrown into the deep end.

A groin injury forced Raphaël Varane off the pitch just before halftime, and Didier Deschamps brought on the Bayern defender during the UEFA Nations League Final in Milan. Once again, Upamecano showed his immaturity and poor reading of the game, allowing Oyarzabal to receive a lofted pass from Sergio Busquets, failing to take advantage of a clunky touch and allowing him to slot in the opener.

France would go on to win the match via goals from Kylian Mbappé and Karim Benzema, but nevertheless, it was another performance where he showed signs of his immaturity and unpolished nature. As good as Upamecano is, he has his fair share of question marks: he can be prone to costly errors, he can be slow on the turn, he’s a tad clunky when bringing the ball out from the back, and he has a troubling history of knee injuries.

However, he’s still just 22 years old, and he’s proving himself against some of the toughest strikers in the continent. A player who can hold his own against the nastiest target men in the Champions League, who can drive forward with the ball and break the lines with his passing, and who can defend a high line with remarkable leadership. There are few defenders who’ve put together such a remarkable CV at such a young age.

With Boateng, Alaba and Martínez all departing Bavaria last summer, Upamecano has stepped up and impressed as the middle center back in Nagelsmann’s 3-4-2-1 between Niklas Süle and Lucas Hernandez, a system that suits the Frenchman to a tee. Whilst Bayern also have Tanguy Nianzou and Benjamin Pavard, as well as Chris Richards on loan at Hoffenheim, Nagelsmann’s belief in Upamecano’s abilityy should see him maintain his starting spot throughout the season.

As is the case with every decision, there are both advantages and disadvantages, but in Upamecano’s case, the pros outweigh the cons. Whilst his errors will be viewed under a far intenser microscope whilst playing for Bayern and France, he gets to continue developing under an elite manager in Nagelsmann and won’t have to be thinking about his next move at the end of each season.

“I sat down with my whole family and made my decision,” said Upamecano on his move to Bayern Munich. I spoke to a lot of people and everyone said positive things about Bayern Munich and it was clear to me that I had to go to this club, although I also received other offers. Even when I was playing in Leipzig I always felt that Bayern were like family. They always support each other whether they win or lose. I was also impressed with their mentality of always want to win.”

For the past few years, we’ve all been keeping a close eye on Dayot Upamecano, taking careful notes of his flaws and awkward style of play and perhaps not giving his impressive actions the credit they deserve. We’ve been waiting with bated breath to see where he would end up after his fruitful spell at Leipzig, and at 22, he has finally reached the top level and joined a tier 1 club in Bayern Munich.