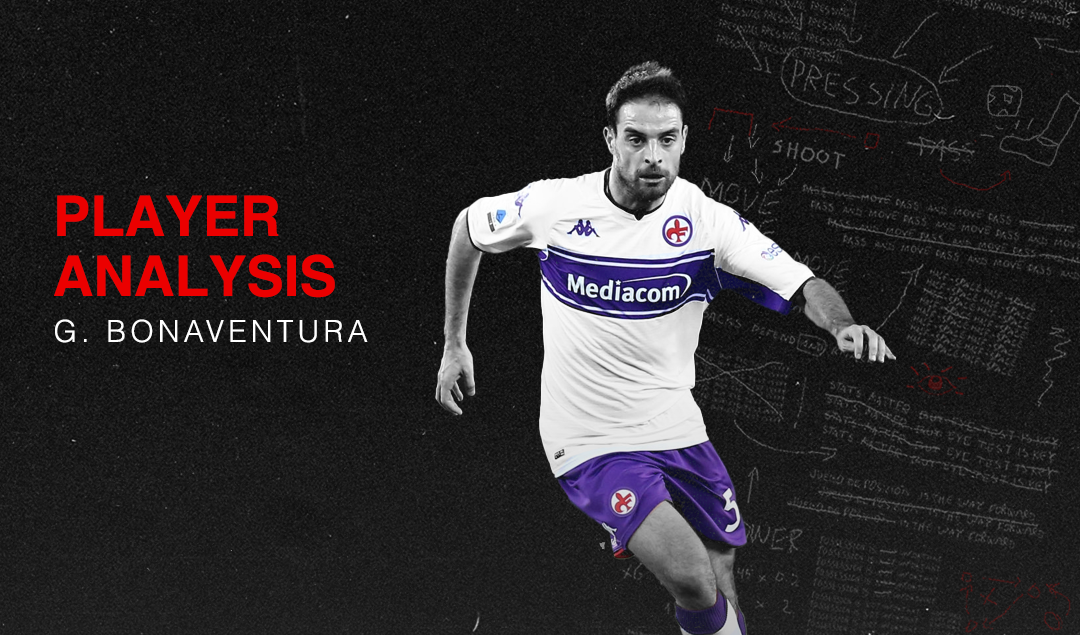 In a career that has been impacted by injuries and inconsistent form, Giacomo Bonaventura has not always displayed his talents to the fullest of his capabilities.

Prior to joining Fiorentina in 2020, the Italian midfielder had played for Atalanta and AC Milan, and he spent some time on the sidelines, particularly at the Rossoneri. A hamstring injury, in particular, ruled him out for the second half of the 2016/17 season, when the Milanese club were pushing for a Champions League spot.

However, the 32-year-old has been thriving at Fiorentina under new coach Vincenzo Italiano. So far in the 2021/22 season, he has scored three goals and provided four assists in 22 Serie A appearances, utilizing his skills and experience to the best effect.

Bonaventura has been known for his tactical flexibility and versatility in addition to his technical skills. When he played for Atalanta, he was a left midfielder in the 4-4-1-1 or 4-4-2 formations while at AC Milan, he would play as a left-winger or as a mezzala sinistra (left central midfielder) in the 4-3-3. He has also played as an attacking midfielder from time to time.

His nickname ‘Jack’ refers to his versatility as he can be considered as a ‘jack of all trades’ but it is also an Anglicized version of his name.

This season at Fiorentina, Italiano has remained faithful to his preferred 4-3-3 formation, and Bonaventura has been an integral part of the midfield, operating on the left side while either Alfred Duncan or Youssef Maleh play on the right, and Lucas Torreira operates as the deep-lying playmaker.

Bonaventura is a capable shooter, passer, and dribbler. According to WhoScored?, he averages 1.5 shots, 1 dribble, 41.4 passes, 1.3 key passes, and 2.3 long balls per game throughout the 2021/22 Serie A campaign. He also has had a successful passing completion rate of 84.9 percent.

The difference in passes completed between this season and the last is a reflection of the change of coaches at Fiorentina. Bonaventura played under Giuseppe Iachini, then Cesare Prandelli, and then Iachini again in the 2020/21 campaign before the Gigliati appointed Italiano.

Iachini in particular was a conservative, defense-first coach with a reactive approach, which meant players were going to have limited touches on the ball. Meanwhile, Italiano wrote in his coaching thesis that he wanted everyone to be a regista or a director of the play, and he has been putting theory into practice at Fiorentina.

Bonaventura got his first assist of the season in the 2-1 victory at home to Torino in Week 2 of the 2021/22 Serie A season. The Viola went on the counter-attack and Duncan spotted ‘Jack’ making a run to his right. The Italian runs towards the right side of the penalty area and delivers a cross for Dušan Vlahović to score with a header.

His involvement in Fiorentina’s goals continued against his former club Atalanta. He made a marauding run into the penalty area after he had intercepted the ball in midfield, but he was tripped in the box by Berat Djimsiti. This allowed Vlahović to score his second penalty in the game and the Viola went on their way to registering another 2-1 win.

Fiorentina earned its third consecutive 2-1 win in Serie A with a victory away to Genoa in Week 4 and Bonaventura played a starring role. He completed 44 passes with a success rate of 90.9 percent, but most crucially, he was involved in both goals.

The Gigliati took the lead on the hour when Bonaventura switched the ball from the right to the left flank, where he spotted Riccardo Saponara. Saponara then ran into the box and produced shot with great spin as well as power.

The attacking midfielder then returned the favor with a pass from the outside of his right foot, and Bonaventura then put his shot in between a Genoa defender, giving Salvatore Sirigu in the Grifone goal little hope of saving it.

After losing 3-1 to Inter in Week 5, Fiorentina earned a 1-0 win away to Udinese. Vlahović converted another penalty for the Viola, and it was Bonaventura again who earned the penalty after he was fouled by Zebrette midfielder Walace.

Although Bonaventura continued to be a regular feature in the Fiorentina midfield, he was not involved in the goals again until Week 15. The Viola hosted Sampdoria, and secured a 3-1 victory, with all the goals coming in the first half.

For the goal which gave Fiorentina the 2-1 lead, the Viola went on the counter-attack and José Callejón played a through-ball toward the penalty area. Bonaventura then ran to the right side of the box and crossed for Vlahović to head the ball in at the far post. It was a move that was eerily similar to the Serbian’s goal against Torino.

Fiorentina’s third goal also featured Bonaventura in the build-up. He received a Cristiano Biraghi long pass on the left side of the penalty area and his attempted shot was deflected, then turned inadvertently into an assist for Riccardo Sottil to score from close range.

‘Jack’ got his second goal of the season in a 4-0 victory against Salernitana in Week 17 and it was a superb ‘trivela’ strike. He passed the ball to Callejón, who crossed the ball into the box.

The cross was headed out of the penalty area by Salernitana defender Frédéric Veseli, and the ball fell at the feet of Bonaventura, who fired the ball into the net with the outside of his right foot.

His latest contribution among the goals was in Fiorentina’s emphatic 6-0 victory against Genoa. The Viola capitalized on the Grifone having an interim coach and they monopolized the possession.

Bonaventura completed 77 passes – his second-highest for the season after completing 85 against Salernitana – and had a successful passing rate of 90.9 percent. He also scored a goal and supplied an assist in the demolition.

His goal was Fiorentina’s second of the game. After a tidy sequence of passes, the ball was sent to Biraghi on the left, who crossed for Bonaventura. Salvatore Sirigu could not hold Bonaventura’s header so the Viola midfielder smashed the rebound into the net with his right foot.

He also assisted in the fourth goal of the game, hitting a stunning long pass from his own half for Vlahović to control with the first touch and lob Sirigu with the second.

Fiorentina is equal seventh with Lazio on the Serie A table with 36 points after 23 rounds but the Viola have a game in hand. After a season of struggles under Iachini and Prandelli in 2020/21, the Florentine club are in contention for a spot in Europe in 2022/23.

The recent departure of Dušan Vlahović will make things difficult for the Gigliati but the collective play under Italiano has improved the team and Bonaventura is one of those footballers that has benefitted from the arrival of the former Spezia tactician.

If ‘Jack’ maintains this form, it would represent a much deserved Indian summer of his career, producing top performances even in his 30s.