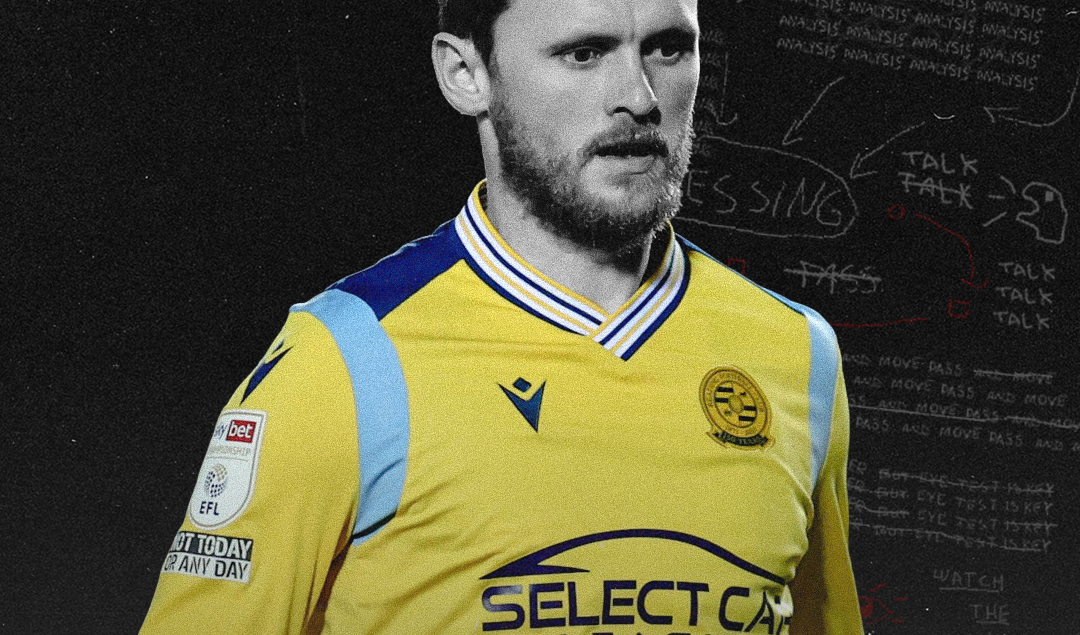 Released and resigned at Premier League Chelsea by the age of 14, John Swift has always been touted as a forward thinker on the football pitch.

Swift, now 26, has become the creative lynchpin for Reading fans to cling to during their dogfight for EFL Championship survival.

His beginnings at Chelsea were complex, with the midfielder showcasing match-winning talent in patches, but worryingly anonymous throughout others.

Part of the same Blues youth outfits as Jeremie Boga, Ruben Loftus-Cheek and Lewis Baker, Swift was pushed above his current age, being chosen for the under-18’s whilst only being 14 himself.

It was a huge step up for Swift, the only formal connections he’d had with a professional football club before that was with Portsmouth where he spent only one season before being released.

The youngster was denied an England under-16 call-up after suffering from growing pains throughout his first season with the London club, limiting him to only seven appearances for the youth sides.

Swift continued to show these glimpses of talent as he progressed through the youth ranks, and found an invaluable mentor when he reached under-21 level.

By then an England under-19 international, he reportedly struck up a friendship with Chelsea great Frank Lampard who was asked by youth development coach Dermot Drummy to assist the youngster with his development.

“The main thing he said to me was to get in the box. Obviously he gets into the box more than any other midfielder at Chelsea and he’s got a lot of goals from it. Since pre-season I’ve done that a lot and it’s paid off.” – Swift on Lampard’s influence.

Drummy also indicated in a Chelsea TV interview that Swift struggled to play through low blocks and often became uninfluential in the game when the opposition set up in that manner.

The coach also accused Swift of overplaying in these cases, leading to him losing the ball and leaving the often dominant Chelsea side vulnerable to counter-attacks.

At the age of 18 he endured a short loan to newly promoted second tier side Rotherham United where he made only four appearances before being sent back to his parent club after failing to make a significant impact. However, there was a suggestion that the midfielder should drop down a level to find his feet.

And he did so, joining League One high-flyers Swindon Town on a six month loan was thrown straight into the starting eleven at The County Ground and scored his first professional goal in his third appearance for the club.

But a typical Swift goal came in a 3-0 victory over Notts County, switching the ball inside his man and firing into the bottom left corner. It was a goal from a nothing situation which was to become something of a trait of his.

After impressing at the Robins despite an injury that ruled him out of a large proportion of their play-off campaign, he made a short term loan trip to fellow West London club Brentford.

Deployed as a free-roaming right midfielder in a 4-4-2, he moved with confidence and swagger in the wide channels, bagging his first goal less than a month into his stay at Griffin Park.

The loan built the youngster’s reputation in the EFL, with his most impressive performance coming in a 3-0 win over Wolverhampton Wanderers in which he picked up his first career brace.

Notching seven goals in his temporary stay with the Bees, Swift had more than excelled in then-manager Dean Smith’s system.

“He is someone I knew about when he was playing in League One last year and he has improved since then. He also has lots of scope to develop further.” – Dean Smith on Swift.

But his contract was running down at Chelsea, and although they offered him an extended deal, the midfielder was keen to move for regular playing time and the chance to work under former Manchester United defender and Reading manager – Jaap Stam.

His first season was one in which they were pipped at the post in the play-off final by Huddersfield Town on penalties, confirming their fifth successive season in the second tier.

Swift, however, had excelled in his first season with the Royals. With Stam opting to position him in the hole between midfield and attack, allowing the languid playmaker to pick holes in the opposition defences.

Although his time from then up until this season had been relatively fluctuant, with the 2020/21 season marred by injury – the current campaign has attracted a wealth of excitement towards him.

For one reason his numbers have given Royals fans a huge motif to cling to during a season of relative disappointment.

But the other is his contract situation, with the five-year extension he signed back in 2017 coming to an end this summer and there’s no indication that the midfielder will sign another one.

Under a mix of former boss Veljko Paunovic and new manager Paul Ince, Swift has produced his best season in terms of output to date.

His 11 goals coupled with 13 assists have provided a base of stability for the Royals whose season has been tainted by injury problems and a six-point deduction for breaching FFP.

Although usually heralded for his ability from dead-ball situations, the playmaker has only bagged once directly from a free-kick this season.

Instead his knack of dribbling through tight spaces which draws defenders in and creates space for others, meaning he can slip balls through the now open back line.

And when he’s not doing that his runs from deep have proved to be a goldmine for his creative numbers, with the return of Lucas Joao proving pivotal in this.

The Portuguese striker had been injured for a large part of the campaign, but his reintegration into the first team provided the suction needed for Swift to create behind him.

His late arrivals into the penalty area has bore a lot of fruits for the Royals, with the 26-year-old scoring all but one of his goals from inside the box.

In terms of his ranking in the division, Swift sits top of the charts for key passes in the Championship with 2.1 on a per90 basis.

This means that five percent of his passes made are ones that create chances, proving him to be a constant barrage of creativity for the Select Car Leasing Stadium residents.

But the main question that remains, is the one that regards his future with Premier League clubs and those in the second tier in line to make a move for the playmaker.

But rest assured that if he is to leave, the Royals have a huge hole to fill when it comes to replacing their star man.’