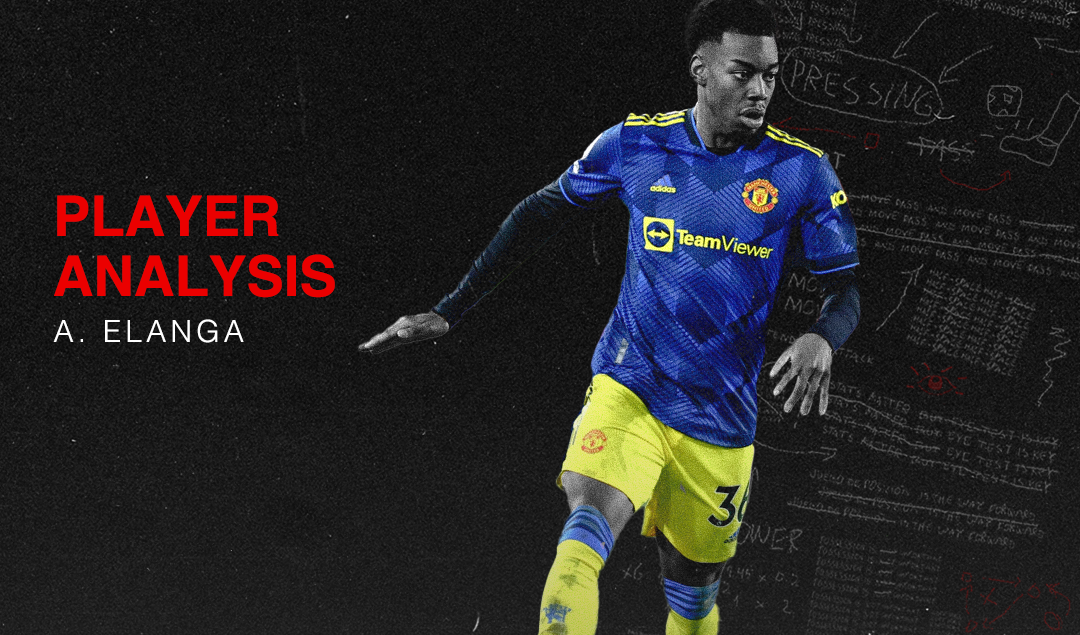 When Ralf Rangnick arrived at Manchester United, one player, in particular, caught his eye.

Was it Bruno Fernandes and his irrepressible thirst for goals and assists? Not him either.

No, it was United’s 19-year-old Swedish forward Anthony Elanga who was the source of so much interest from the ‘Godfather of Gegenpressing’.

According to reports, ahead of his move to the Red Devils becoming official, Rangnick spent hours in his hotel room watching YouTube videos of the youngster and said to himself “this boy is really good”.

United had been planning a loan move for Elanga in the upcoming January transfer window, but one of Rangnick’s first actions as boss was to block the move completely.

From that point, the starlet was swiftly drafted into first-team training sessions, and less than a week later played his first Premier League minutes of the season in Rangnick’s first match against Crystal Palace.

Elanga had actually made his debut under Ole Gunnar Solskjaer in the 2020-21 season, playing against Leicester and then Wolves in two dead rubber fixtures after United’s second-place finish was already secured and more important legs needed to be rested for the Europa League final, which they lost to Sevilla.

This season, however, Solskjaer had only given the teenager any first-team action in the form of an 18-minute cameo in United’s 1-0 Carabao Cup loss to West Ham in September.

Since Rangnick’s appointment, Elanga has racked up 384 minutes in the first-team, including three Premier League starts.

It isn’t just the United manager that has developed a soft spot for him either, with fans proudly introducing a new chant to the tune of ‘Rhythm is a Dancer’ for their new starboy. So what is it exactly that has endeared Elanga to so many so quickly?

It seems like the stars aligned perfectly for the Swede when Rangnick arrived. Although it may not seem it, given his admiration for both Ronaldo and Edinson Cavani, but the 63-year-old German has always favoured younger players.

Not only does he see them as more moldable, but his preference for a high-intensity pressing game is more suited to a younger player because of their greater energy levels, quicker recovery times, and decreased likelihood of picking up injuries.

There’s a reason why his Hoffenheim and RB Leipzig sides in particular were mostly made up of players in their teens and early twenties.

He also isn’t tied to a particular formation, which equally suits Elanga who can comfortably play through the middle, or on either wing.

Of course, Rangnick wouldn’t pick players based solely on age and positional flexibility, they also have to have the skillset and personality for his preferred style of play, and it is here where Elanga stands out amongst his Manchester United peers.

It’s difficult to lean on stats too heavily when assessing him because his ‘minutes played’ sample size is so small, but even still there are clear differences between him and other United forwards.

In terms of pressures, his 16.8 per 90 is only bettered by Pogba, Fernandes, and Jesse Lingard. Keeping in mind that Pogba and Fernandes regularly feature in midfield while Elanga spends a lot of time on the wing, that is extremely impressive.

Often players are bought by clubs to come in and improve the team’s pressing game, and when that happens and the new player is clearly better at it than the rest of his teammates, you can safely say he’s probably had better, or at least more, coaching in that area of the game.

You can’t really say the same thing when a player comes through the academy and immediately records better numbers than the rest of the first team.

Again, it’s difficult to draw reliable conclusions based on such a small amount of data, but you can’t put this difference down to coaching or playing experiences, Elanga is simply more willing than a lot of his teammates.

United’s squad have been regularly criticised for their attitude on and off the pitch throughout the season, and rightly so, so it’s a breath of fresh air to see a young player coming into the team with such an incredible work rate.

Interestingly, during United’s pre-season Elanga had scored in a friendly against Brentford, and afterwards Solskjaer said: “If you asked him at half-time to run over to the cricket ground and get us a drink, he’d do it, because he’s that type of lad.” It’s no surprise to see that translating to his performances in competitive first-team matches.

It isn’t just his work out of possession that makes him stand out, though. Another thing you’ll notice about Elanga when you watch him is that he is constantly on the move.

An important feature of the Rangnick playbook is that he likes players to push the opposition defence backwards. His sides always have one or two players constantly running in behind or playing on the last line in order to gain territory, and Elanga is brilliant at this.

It used to be a prevalent part of Rashford’s game as well, but constantly carrying injuries and regular blows to his confidence have seen him doing it less and less.

With so many of United’s other forwards, particularly Ronaldo, always dropping deep to get on the ball quicker or demanding passes to feet, Elanga’s running in behind makes him a unique option for his manager, and is likely why he is featuring in the starting eleven more and more often.

There are certainly weaknesses to the Swede’s game, but that is only natural.

He isn’t the most refined dribbler you’ll ever see, and he does have a tendency to snatch at his chances, but this is very common in younger players, particularly at big clubs, and I’m sure that if he continues to receive game time and gets more comfortable with Premier League football, we’ll likely see gradual improvements here.

On top of that, there is no reason to say he won’t play a big part in the rest of United’s season.

Martial, Amad Diallo, and Donny van de Beek have all gone out on loan. Jesse Lingard’s game time isn’t likely to increase with his contract set to expire at the end of the season, and with the allegations surrounding Mason Greenwood still ongoing, he has a big opportunity.

Elanga has four or five months ahead of him where he is going to continue getting game time, and if he can carry on doing what he is already doing well, and start to improve those slightly more raw areas, his future at the club is very bright.

Despite the fact that Rangnick is unlikely to continue as manager after the end of the season, he will be stepping into the boardroom as a consultant and will play a major role in appointing the club’s next permanent manager.

It’s apparent that United are chasing a young, ambitious manager who can play football the ‘modern way’, which suits Elanga very well, and with glowing references from Rangnick, he can feel confident of keeping his place under the next regime.