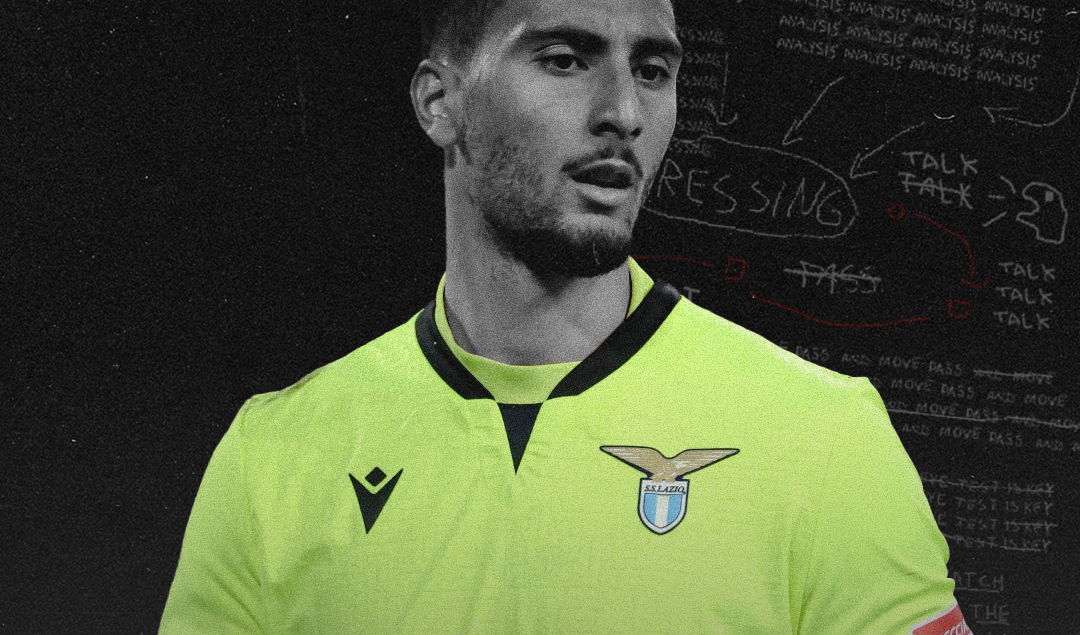 After a decade with Lazio at various levels, Albanian goalkeeper Thomas Strakosha has departed from the Italian club as a free agent and he has signed for English side Brentford.

The club from West London has been preparing for its second season in the English Premier League and has made two signings from Serie A teams: Scottish left-back Aaron Hickey from Bologna and Strakosha.

Remarkably, the 27-year-old was expected to sign for Manchester United but Brentford astonishingly managed to lure him instead and he has signed a three-year contract with the Bees including an option for another year.

After a stellar debut Premier League campaign, Brentford have broken their club-record fee twice in the span of a week with the signings of Keane Lewis-Potter & Aaron Hickey.@FrazFletcher on Hickey: https://t.co/Z4aJ3GIzVl@LukeJames_32 on Lewis-Potter: https://t.co/F1FANsiOjZ pic.twitter.com/AAdV8QDaV1

Brentford manager Thomas Frank was ecstatic when the transfer was completed on July 14. “I am pleased that we have managed to sign a top goalkeeper. He has been number one at Lazio for a long time, which is very impressive. ”

“He has played in Serie A and European competition and will bring that experience with him. He fits our goalkeeper model and comes in to a good environment with David Raya and Matthew Cox pushing each other every day.”

A goalkeeper with experience playing in European competitions and a winner of multiple trophies at Lazio, Strakosha has been capped by Albania since 2017 and he has made 19 appearances so far after spending years with the youth international sides.

The Albanian international can be described as more of a traditional shot-stopper than a sweeper-keeper. Most of his Lazio career was under the coaching of Simone Inzaghi, who set his team up to defend deep and then cause a threat with constant counter-attacks, and there was little need for him to venture too far off his line.

Despite that, Brentford goalkeeping coach Manu Sotelo is confident that Strakosha can become better with the ball at his feet. “He fits perfectly with the sort of goalkeeper we want here,” Sotelo said on the club website on July 14.

“He can give us a lot of solutions playing from the back, he is an outstanding shot stopper and is very good positionally. When we spoke to him, he showed his desire to come and work hard to make himself and our other goalkeepers better.”

Standing at 193 cm tall, he has good reflexes and can comfortably make fingertip saves while he is also impressive in stopping long-range shots. However, he has been prone to the odd error, none more comical than when he let the ball slip out his hands in Lazio’s 1-0 defeat away to Turkish giants Galatasaray in the 2021/22 Europa League group stage.

Strakosha was born in Athens, Greece on March 19, 1995 and he comes from a footballing family. His father Fotaq “Foto” Strakosha, who was also a goalkeeper, was playing for Greek giants Olympiakos when Thomas was born and made 73 appearances for Albania from 1990 until 2005 while Foto’s oldest son Dhimitri played as a striker in Albania and Greece.

Thomas had come through the youth systems of APOEL Nicosia in Cyprus and of Panionios, a club based in the outskirts of Athens, before signing for Lazio in 2012.

His first season at the Italian club was spent the Primavera team and he featured in the club’s eventual league triumph under Coach Alberto Bollini in a squad that consisted of other future senior players like Danilo Cataldi and Keita Baldé.

In the following season, the Greek-born goalkeeper featured in Lazio’s triumph against Fiorentina in the Coppa Italia Primavera, which the Biancocelesti won 7-3 on aggregate. The cup victory was achieved under the guidance of Inzaghi, who proved to be fundamental in the Albanian international’s eventual integration into the starting line-up.

Strakosha spent the 2014/15 season with the senior squad but the presence of more experienced goalkeepers like Federico Marchetti and his compatriot Etrit Berisha meant that he had to accept being the third-choice goalkeeper under Coach Stefano Pioli.

It was decided that for the 2015/16 season that the Greek-born goalkeeper would be sent on loan to Salernitana to gain senior experience and he finally made his professional debut in August 2015 in the Coppa Italia against Pisa in the second round.

The club from Campania in southern Italy defeated the Tuscans 1-0 and he kept a clean sheet again when Salernitana surprisingly eliminated Serie A side Chievo in the third round.

However, despite earning some playing time early in the league campaign, Coach Vincenzo Torrente and then his successor Leonardo Menichini decided to select Pietro Terracciano in goal ahead of the Albanian youth international. In addition to those two Coppa Italia appearances, Strakosha played 11 Serie B games for Salernitana.

Although the opportunities at Salernitana were limited for Strakosha, Lazio decided to keep him for the 2016/17 campaign. After Pioli was sacked during the 2015/16 season, Inzaghi replaced him in an interim role. Argentinian tactician Marcelo Bielsa was expected to be the coach but he resigned after just five days at the club.

Bielsa had spoken about a lack of promises regarding the transfer marker so Inzaghi was brought in to take over the senior squad again and Strakosha remained with the Biancocelesti. Federico Marchetti played in goal for the first four rounds, but he suffered an injury, and the young goalkeeper earned his chance to play.

Strakosha made his debut for Lazio against AC Milan in Week 5 of Serie A action and he impressed despite the Aquile losing 2-0 away. He then kept a clean sheet in the 2-0 win at home to Empoli, and his performances earned praise from Italian goalkeeping legend and former Lazio coach Dino Zoff.

“I cannot judge him with only two matches played, but, according to me, he performed well in both matches,” Zoff said in September 2016.

The Greek-born goalkeeper played 21 times in his first Serie A campaign as Lazio went on to finish fifth in the league, he featured in the Biancocelesti’s 2-0 defeat to Juventus in the Coppa Italia Final, and he made his senior debut for Albania in March 2017, a match which the Albanians lost 2-0 to Italy.

The 2017/18 campaign would be better for the Albanian international as he went on to play all 38 Serie A matches and he made 10 appearances in the Europa League. Prior to the start of the league season, Strakosha featured in Lazio’s 3-2 victory against Juventus in the Supercoppa Italiana.

Although he received a medal for being in the Aquile squad for the 2013 Coppa Italia win, this time he was on the pitch playing an active role.

Lazio finished fifth again in Serie A while it also reached the quarter-finals of the Europa League. It seemed that the Biancocelesti were on their way to the semi-finals after winning 4-2 against RB Salzburg at home but the Austrians incredibly won 4-1 in the second leg to deny them further progress.

The Aquile were a bit underwhelming in Serie A in 2018/19, finishing eighth, while Strakosha made 35 league appearances. However, the main highlight of that season was Lazio’s victory in the Coppa Italia against Atalanta.

Strakosha was on the bench when Lazio defeated city rivals Roma 1-0 in the 2013 Coppa Italia Final but he started in goal against La Dea and he was able to keep a clean sheet in a 2-0 win against one of the best attacking sides in Italy.

If the 2018/19 Serie A campaign was one to forget for Lazio, the 2019/20 season was one to remember as well as one that would leave Lazio fans wondering.

Strakosha played in all 38 league matches once again and he also played in the Aquile’s 3-1 win against Juventus in the Supercoppa Italiana in December 2019. Lazio finished fourth in Serie A but the club could have won its third league title if it wasn’t for the initial outbreak of COVID-19 throughout the world.

The Biancocelesti were second by the end of February but they had to wait until June to resume playing Serie A football. This broke their momentum and after the hiatus, the Aquile lost five times in an eight-game period.

Lazio still earned qualification for the UEFA Champions League for the first time since 2007/08 but who knows what might have happened if the pandemic did not hit?

After that tumultuous season for Lazio, 2020/21 was a season to forget for Strakosha. He made just nine Serie A appearances and played just once in the Champions League as the Biancocelesti reached the Round of 16. Unfortunately, he contracted COVID-19 early in the season and battled knee problems.

The 2021/22 proved to be Strakosha’s final season with Lazio and he managed to make 23 Serie A appearances. Veteran Spanish goalkeeper Pepe Reina took his place for most of 2020/21 and the former Napoli goalkeeper featured in the early stages of last season.

Despite his own mistake in the aforementioned match against Galatasaray in the Europa League, Strakosha showed that he was not as erratic as the Spaniard and Sarri put his trust in the Albanian for the second half of the season.

Lazio finished the 2021/22 Serie A season in fifth place, qualifying for the Europa League, and Strakosha’s final game for the club was a 3-3 draw against Hellas Verona in the final round.

Although Strakosha was brought back into the squad by Sarri, the former Chelsea and Juventus coach prefers to play with a high defensive line and with a sweeper-keeper.

If the Albanian was already thinking of leaving, being under a coach with a different philosophy gave him a sufficient reason to leave once his contract expired with Lazio.

After playing 208 competitive matches and keeping 62 clean sheets, Strakosha’s time in Italy and with Lazio has come to a close.

Joining Brentford won’t just be a new adventure in his football journey but it will provide him with the opportunity to test himself in another league and another environment.

Strakosha may not be a complete goalkeeper, but he does possess some talent nevertheless, and with the Bees being known for making shrewd acquisitions, they seem confident that he is capable of taking his game to another level.